After visiting Thornbury harbour we headed straight south out of town.  I'm always impressed by the big old 19th century homes on the main residential street, and the orchards south of town are among the best in the region. 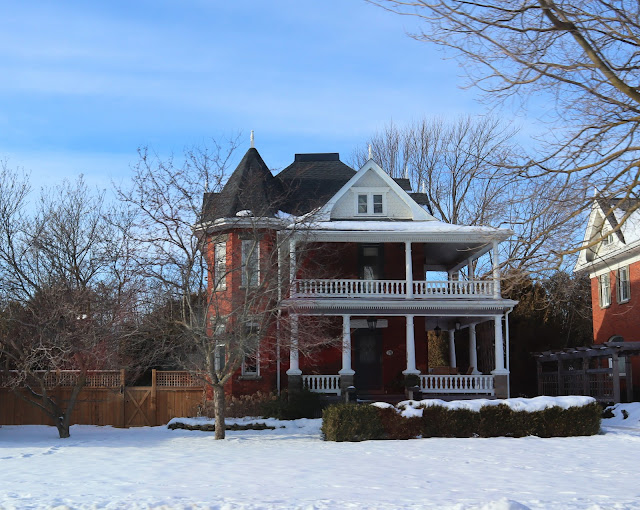 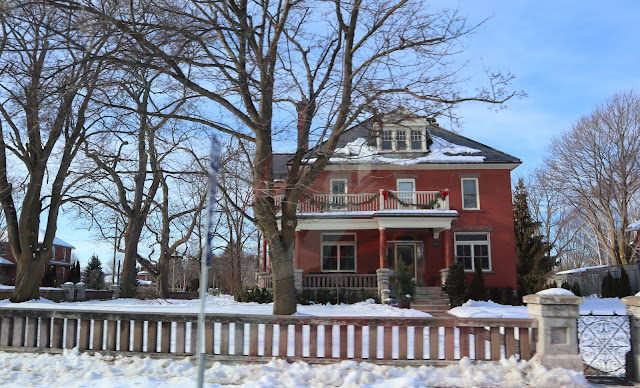 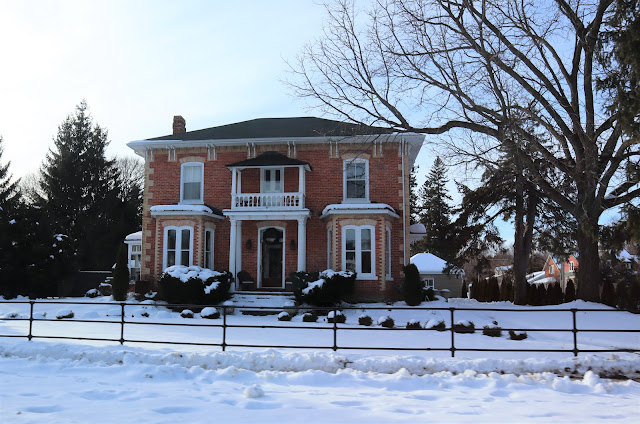 Most smaller towns in southern Ontario have a group of big old red brick homes like these, products of a period of prosperity in the later 19th century.  Perhaps some of these belonged to ship captains in this case.  Today of course they often require a lot of maintenance and updating which can  be pretty expensive.  I don't often post pictures of private homes, but in this case my rationale is that if you live in a historic home you have to expect a few passers-by to take photos.

The village of Clarksburg which buts right up against Thornbury has become a popular art centre, with several art galleries, a sculptor and a theatre space on the short main street.  There's a great old hardware store too, Hindle's Hardware, which is said to have everything you could possibly need, all crammed into a tiny old main street building.  Our own favourite has always been the Honey House, the outlet for a local beekeeper.

Immediately south of town are the apple orchards, both the traditional widely spaced and heavily pruned trees, and the new high density orchards.  The trees in the upper photo until recently looked like those in the second photo.  The older trees were all ripped out and these new ones planted.

The same pattern repeats itself around the corner, still all on the same farm.  I won't be surprised to see the rest of the older trees get replaced in future years. 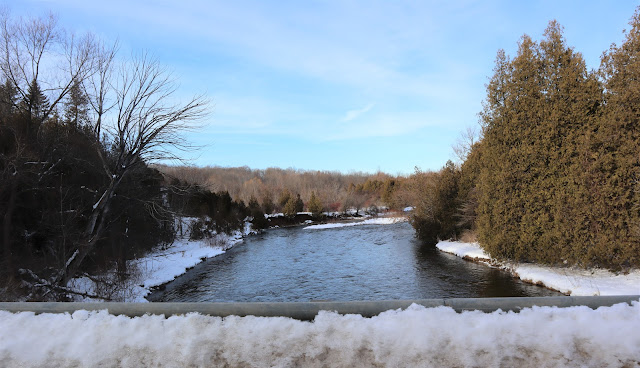 We headed west from Clarksburg across the Beaver River out into the open countryside to wend our way home.  Tomorrow some country shots.