We are in the midst of a huge transition in the farming economy here, from older 100 acre farms with their bank barns, and small cattle herds to a more diverse modern farm economy of larger farms with modern barns and more scattered rural non-farm residences.  There are fewer hay fields and more cash crops; farm enlargement goes on apace. 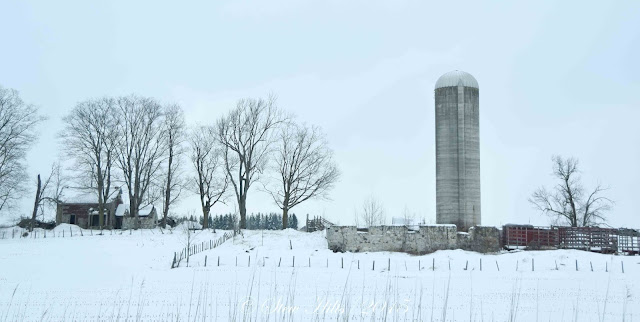 On quite a few properties the barn has been demolished.  The property has probably been bought by another farmer and the house rented out or severed and sold, but the farmer had no further use for the barn.  All part of farm enlargement. 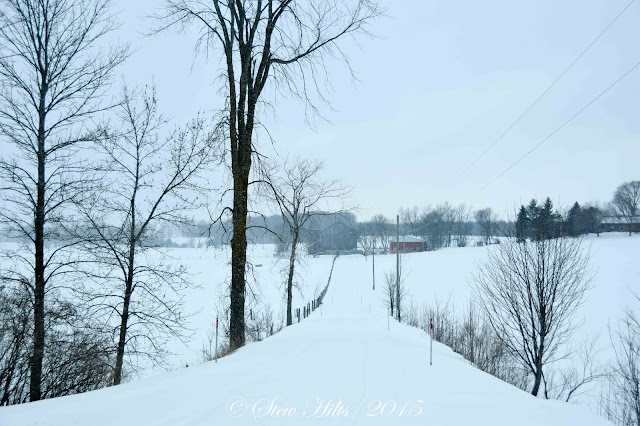 Some farms remain with their older barns and homes, this one with a very long lane!

In other cases it's the barn that's gone and the house remains, quite possibly rented out.

Quite often we see modern homes built on the corner of farm properties.  Planning law here does not allow more than one residence on a farm normally, nor can the farmer subdivide his land.  In a compromise farmers are often allowed a single 'retirement lot' for themselves.  But research has shown that the average farmer only stays in such an isolated lot for three years, after which it's sold to a non-farm resident.

In some areas you get a much more open landscape, often of one huge field as former farm buildings disappear entirely.

On the other hand some barns get expanded to form quite large modern barns.  You can see the original old bank barn on the left end of this mostly new much larger barn.  Such new large barns are ususally dairy operations.

And on other farms farmers just continue with their older buildings; these are usually small beef operations. 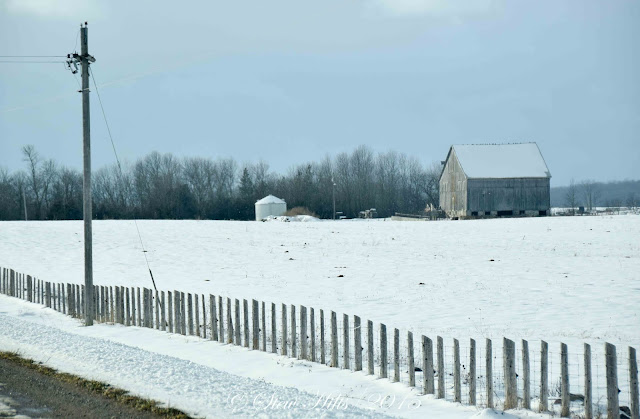 Another barn  with no house.  We saw a surprisingly large number of these on our drive.

And another house with no barn.

A line of pigeons on top of an old barn.  Only noticed these when I got home and saw my pictures on the computer screen.  Didn't qualify as owls!