In Search of that Snowy Owl

The search for the Snowy Owl that I shared in my previous post led us through quite a bit of interesting countryside.  It was a dull dark day and I was shooting through the window, so the photos are no great shakes, but I'm going to share the story anyway, and you'll at least get an idea of the landscape in this part of southern Ontario.  Meanwhile I'll keep working on my Arctic posts coming up soon. 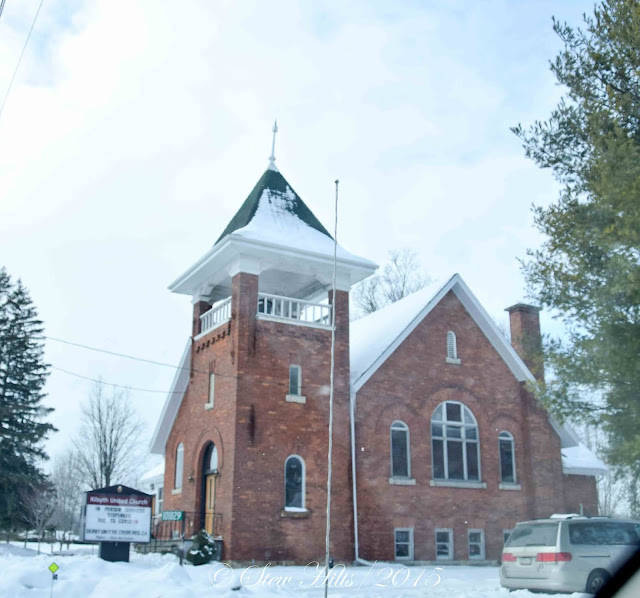 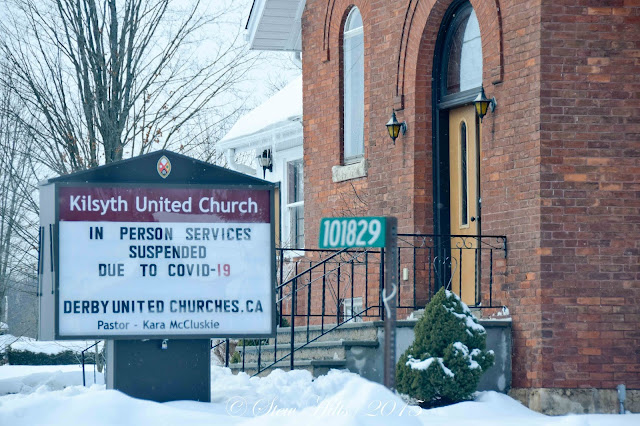 We left physio in Owen Sound and headed southwest, through the village of Kilsyth where my parents met.  This is the church where my Grandad was minister in the 1930s, and where my mother lived in the adjoining manse with one of her sisters.  I was taken here regularly as a child when we were visiting my grandparents.  I wasn't sent downstairs to Sunday School as a visitor, so I amused myself by counting the panes of glass in those big windows.
Mom was actually born in Coleman, Alberta, a small town in the Crowsnest Pass, and had lived in two other Ontario towns before they moved to Kilsyth.  Dad on the other hand was born and raised here in Kilsyth.  they were both in their late twenties when they met.  He lived in the general store down the street.

We drove west to Tara where we turned south.  There's a big demand for housing like this, moderately priced one-floor homes, as an elderly population ages.

We crossed the bridge over the Sauble River, here fairly far up in its watershed.  We'd cross it or the Saugeen several times on our drive. 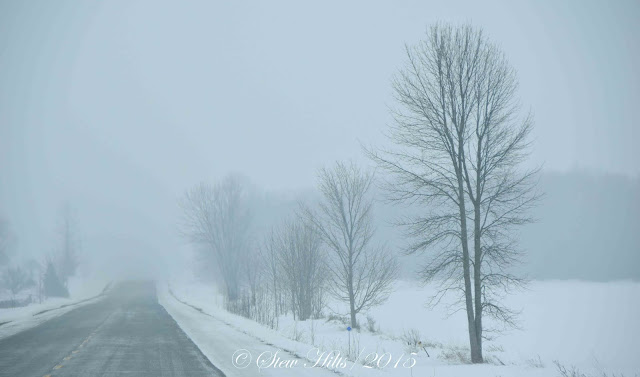 Then quite quickly it began to get foggy; we debated aborting our mission.  But then it cleared up quite abruptly, so we carried on. 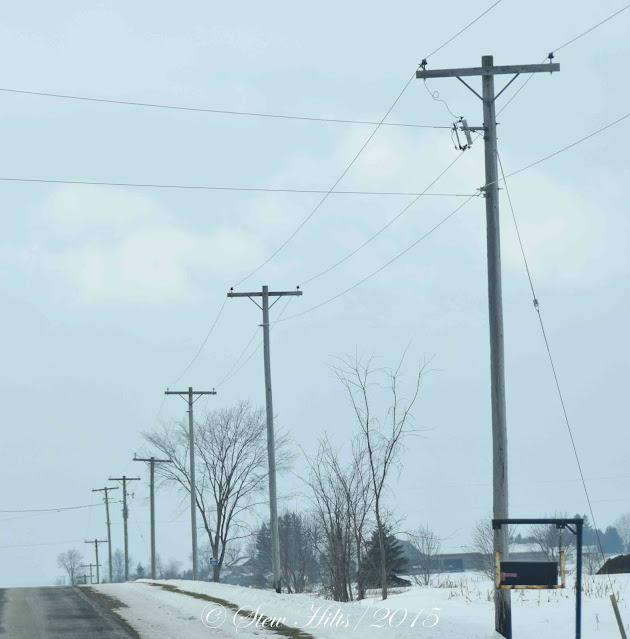 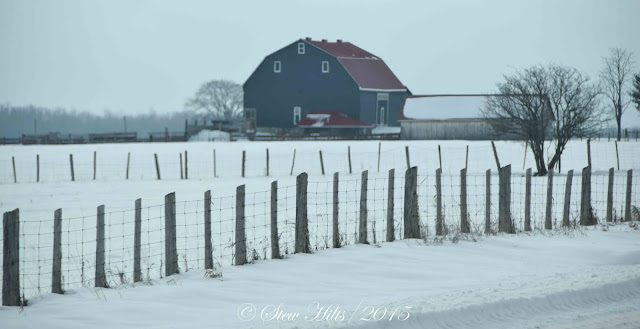 It was a matter of watching the tops of hydro poles and fence posts to spot any extra spots of white that just might be an owl.

Meantime we passed lots of barns of all sorts, modern and old, with accompanying houses or not.  More on those tomorrow.