The other and much more local site that honours early black settlers in Grey County is the tiny Old Durham Road Cemetery.  This is a very old pioneer cemetery near the hamlet of Priceville.  In our years coming up from Guelph to our former home, the cabin in the valley, we drove past this spot on every trip.  I actually have a geocache hidden there.

I have no pictures of my own though, so I've had to borrow these from the internet; apologies if they're a little blurry, but the story is worth remembering. 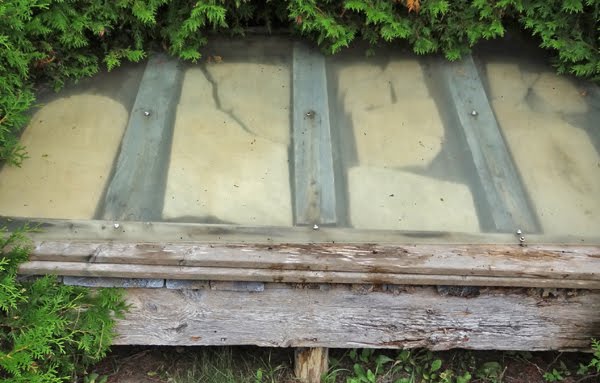 Black settlers were the first non-aboriginal people to move into this area, starting in 1849.  By the 1861 census there was a flourishing community of 100 settlers and their families.  But the community dispersed in later years as settlement grew, many moving to Owen Sound, where the memorial I featured yesterday is found.

The cemetery was lost, grown over, and ultimately ploughed over to grow potatoes!  Starting in 1989 a local volunteer committee began work to restore the cemetery  This is the memorial I remember seeing first, 21 years ago, when I started my regular trips to the valley, coming up on weekends to build the cabin..  It was showing signs of age then, and consisted of only four broken tombstones under a plexiglass cover. 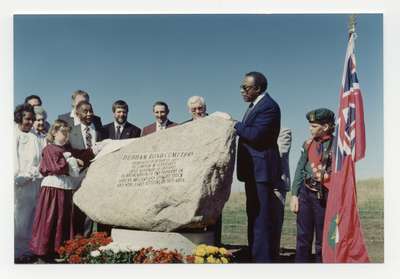 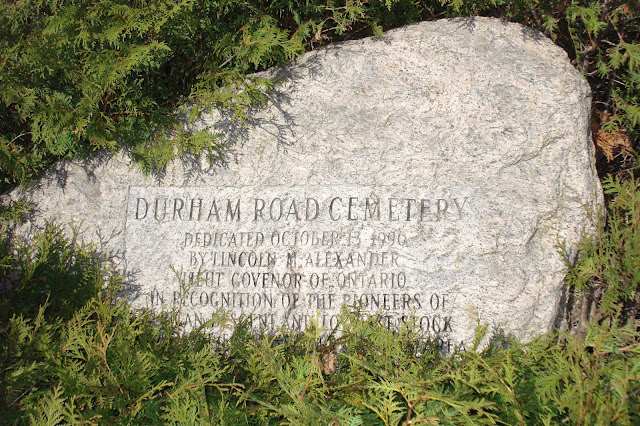 It had been dedicated by Lieut. Governor Lincoln Alexander in 1990, who I posted about a few weeks back, with a large boulder engraved to mark the occasion. 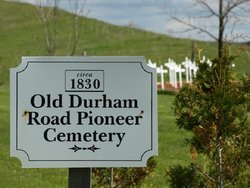 Later the volunteers added these crosses to remember the individual settlers buried here. 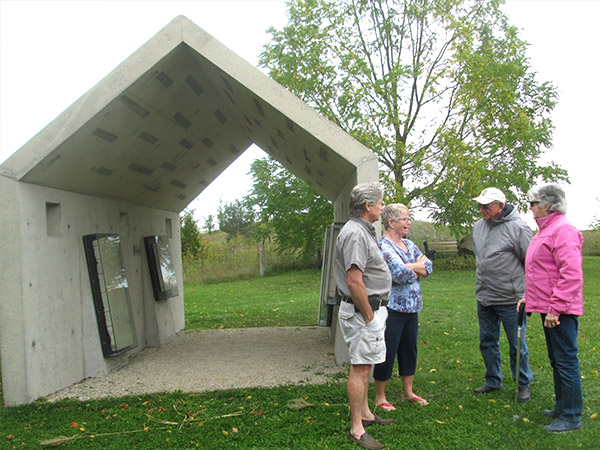 More recently the volunteers ran a campaign to build a better shelter for the remaining 4 gravestones.  This was dedicated in 2015.  It's a highlight of exhibits for the small local museum in Flesherton.