Blue Mountain has been the skiers' destination in Ontario for decades.  It's small potatoes compared to the mountainous west, but it's nearby.  All but one of the ski hills are now private (and usually quite prestigious) clubs.  You wonder how many go for the skiing and how many go for the apres-ski 'see-and-be-seen'.  Initiation fees are now up to $50,000.00, and that's before you can buy a membership. 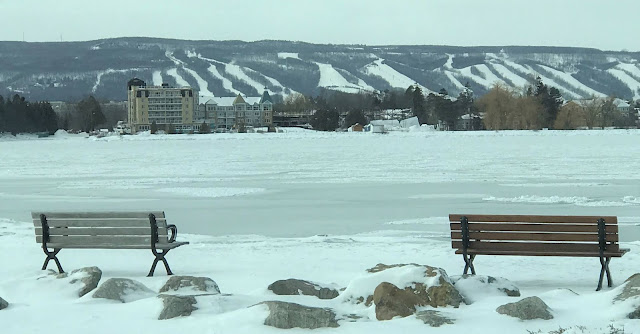 I think if it was summer we could quite enjoy sitting here at the end of the spit, communing with Georgian Bay.  There's an accessible trail all around the point beyond the parking spaces. 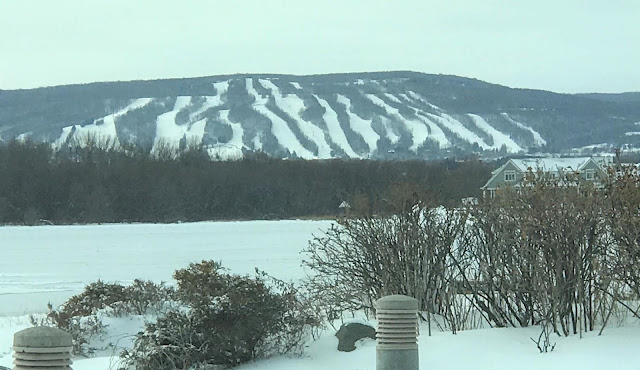 Osler Bluffs is the largest of the private clubs, in terms of the number of runs.  It looms up some distance to the south.

Blue Mountain occupies the biggest part of the mountain, and it is the club that has stayed public.  With the closing of Talisman several years ago it is now the only large public ski hill in the region.  From left to right through the two photos you're looking at all of 'Blue'. from Scenic Caves Road on the left to just the beginning of the Toronto Ski Club on the right of the second photo.  We only skied here once many years ago, since I had a friend at Beaver Valley Ski Club where we could go as guests. 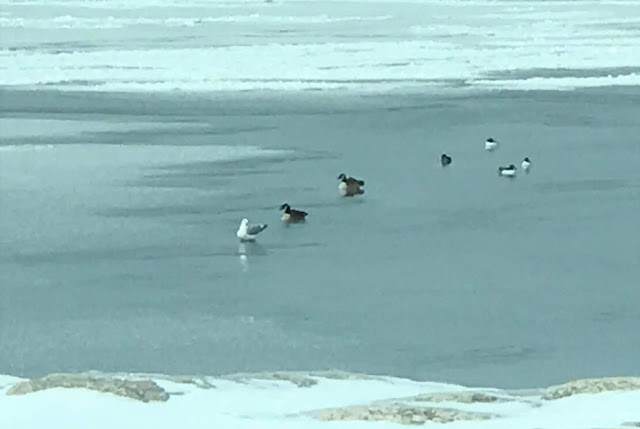 There were a handful of ducks sitting on the ice, with two geese, all lef by a solitary gull. 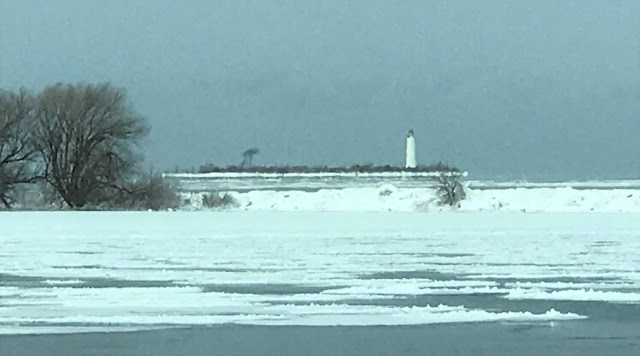 And you got a good view of the Nottawasaga Island lighthouse, located on a small island some distance northwest of the harbour.  It was one of 6 lighthouses built in the mid-1850s in the Imperial Tower style, the first lighthouses around Lake Huron and Georgian Bay.  It was decommissioned in 2003, but the Nottawasaga Lighthouse Preservation Society is working hard to raise funds to restore it. 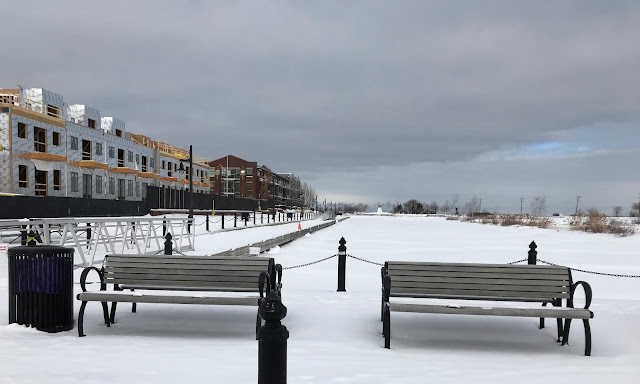 Back in the harbour this line of townhouse condos is under construction overlooking the westerly side of the two ship-building slips, now tidied up quite well compared to the weeds on the other side.  At prices not far under $1million, I'm of two minds about this.  It will certainly revitalize Collingwood's downtown waterfront, and there are lots of trails through a large park just to the west, so it might be a great place to live.  But it's such a big symbol of economic change from industry to a tourist and retirement town.

Collingwood already has such a major crisis of high home and rental costs that all the young people hired to run the restaurants, stores and ski hills have an almost impossible time finding a place to live.  These townhouses and others nearer the mountain are at the other end of the spectrum, often owned simply as weekend places while locals can't find homes they can afford. 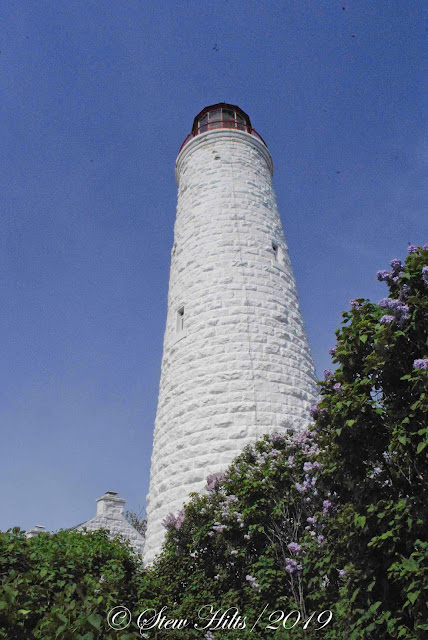 Just for fun, here's another of the identical Imperial Tower lighthouses, this one on Chantry Island off Southampton, which we visited a few years back.