More Observations along the Highway

I wouldn't want you to get the idea that all the farms along Highway 26 are old and run-down.  Some are very active, and on others fields are rented out to adjoining farmers, so there are some nice crop fields.  And there are both the golf course and airport too.

There were 3 or 4 wheat fields last summer, and though I have no pictures, at least one field of soybeans, as well as one of  corn, that one down on the same good land as the apple orhards. 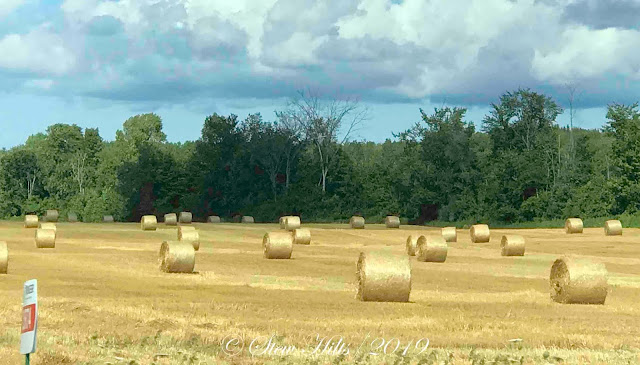 The golden wheat straw left after combining is baled and usually used for bedding.  Horse farms purchase loads of it.

On the other hand, hay bales are a greenish tinge, baled with the seedheads included and used for winter feed for beef cattle.  The seedheads provide the protein cattle need. 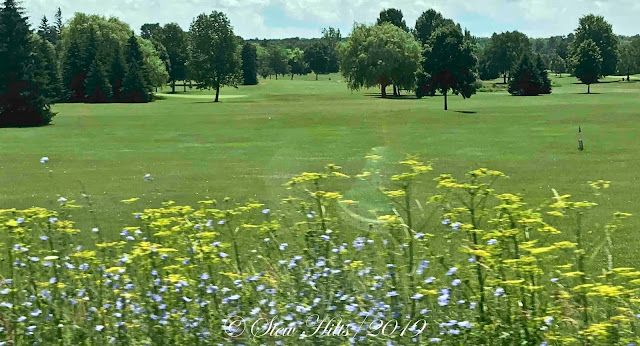 The golf course looked green last summer, but dull and grey at this time of year.  I include the first blurry picture because that blurry yellow plant in the foreground is Wild Parsnip, a plant that's poisonous to the touch, growing in the ditch.  If it spreads along the highway that will be a major concern.  It looks a bit like the common Queen Anne's Lace, but is yellow instead of white. 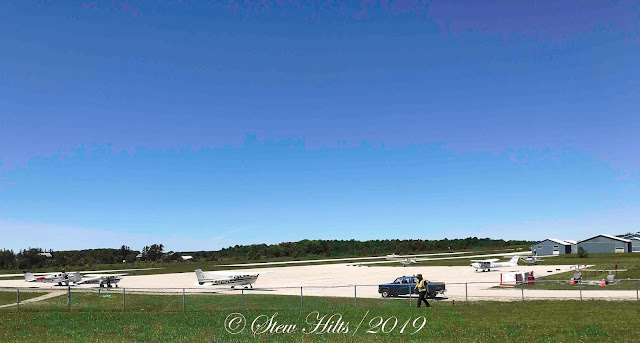 The small airport has a nice restaurant, with a view over the tarmac from the big windows.  We had lunch there last July 1st, Canada Day, and the place was busy with small planes coming and going, out for a ride on the holiday weekend. 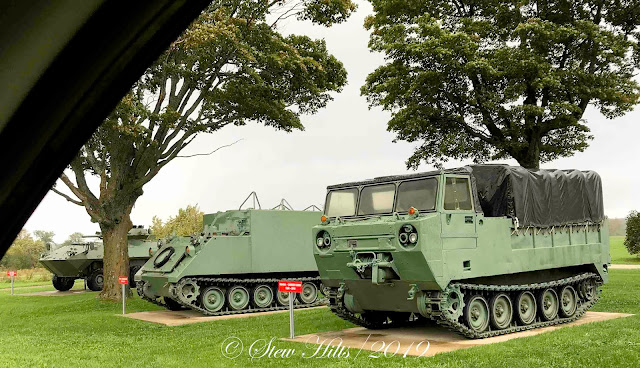 There are some interesting places down the sideroads off Highway 26 too, the army base or tank range or (officially) the 4th Canadian Division Training Centre is one of them.  These retired army vehicles are parked at the entrance to welcome you. 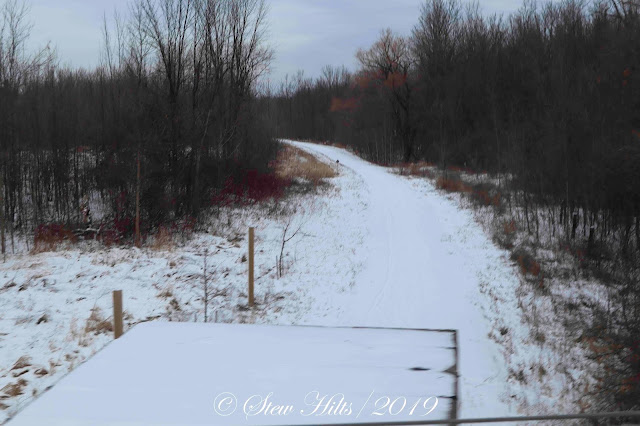 At the other end of the highway, the old railway right-of-way, preserved as a multi-use trail, runs under the road.  This was the old Toronto, Grey and Bruce Railway, built in 1869 and mostly abandoned in the 1980s.  It's popular with ATVers and snowmobilers especially. 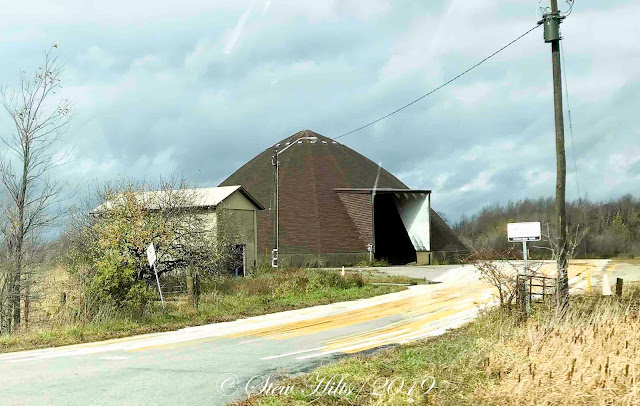 There's a sand dome along the road of course, here sitting waiting to be refilled with sand in the summer.\

There's also an interesting wetland on the east side of Woodford, nestled in the valley east of the Niagara Escarpment.  Tomorrow I'll take you up in those woods to see an ephemeral waterfall along the Bruce Trail. 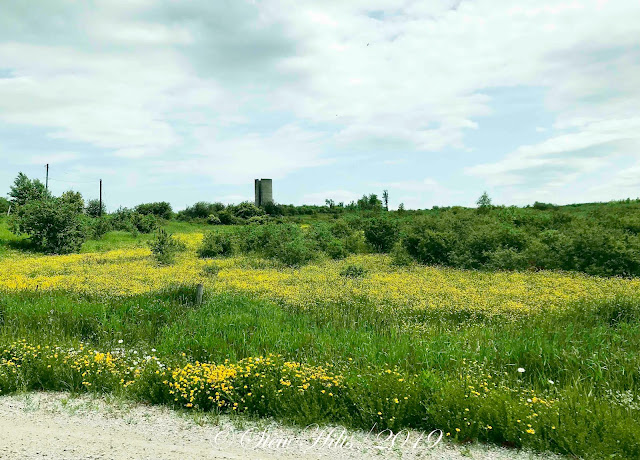 On the other side of the road the edge of the wetland is often bright yellow with Buttercups in June. 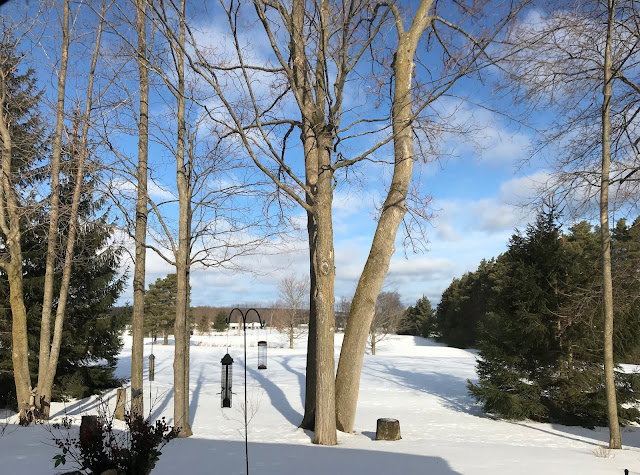 And today we're getting a lot of sunshine!  It's actually a beautiful winter day!
Posted by The Furry Gnome at 2:06 PM