The other day after our appointment in Collingwood for an echocardiogram, we drove out the long pier past the old big grain elevators.  There's a nice lookout parking circle where you can sit and watch Georgian Bay.  I suppose you could watch the waves rolling in during the summer but it was pretty well frozen just now. 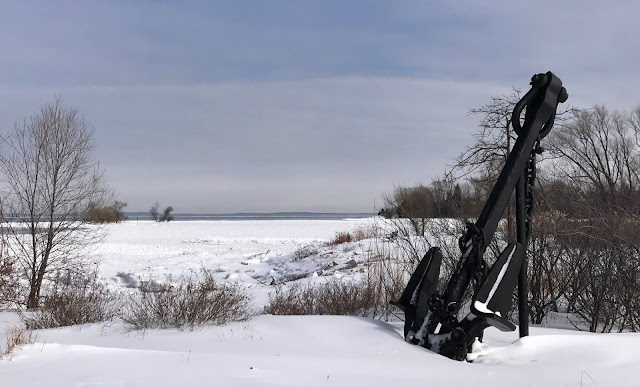 There's a big old anchor marking the entrance to Heritage Drive, one of the few tangible markers of the port's 100 year history. 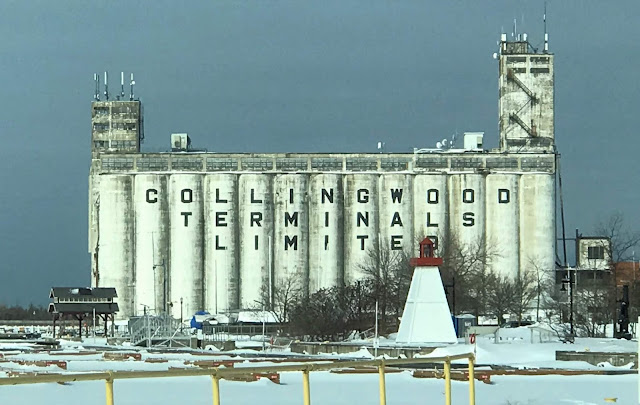 The outer end of the pier is now Millenium Park, but it's the grain elevators that dominate the view.  They closed more than 20 years ago, and were purchased by the town.  Ever since there has been a heated debate on what to do with them.  Several unrealistic ideas have come forward, but all so far have foundered on the cost.  Just to tear them down will cost $5 million.  They're not a building that is easily converted to an alternate use.  Who knows what will happen next?  The little toy lighthouse is part of the small marina. 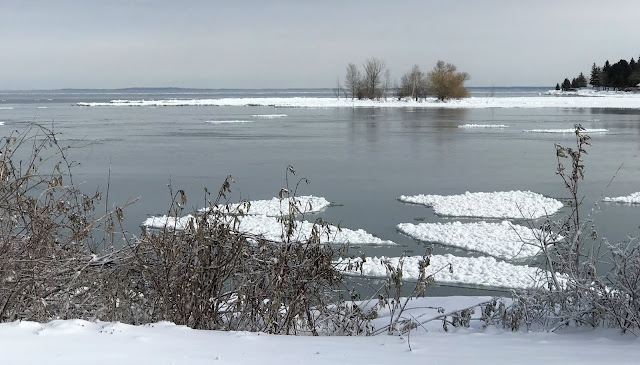 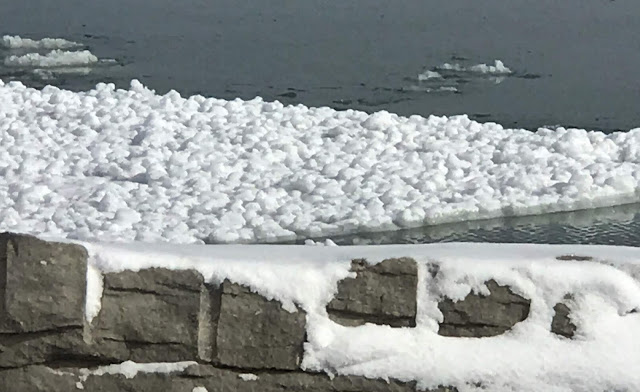 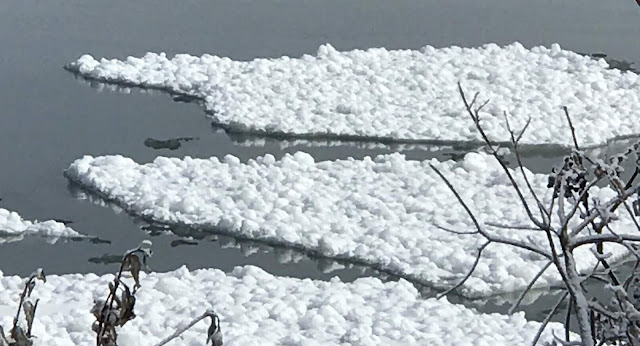 There was just a thin skim of ice on the small bay beside us as we headed out, but these 'popcorn ice' flows were fascinating.  I don't think I've ever seen anything just like this before. 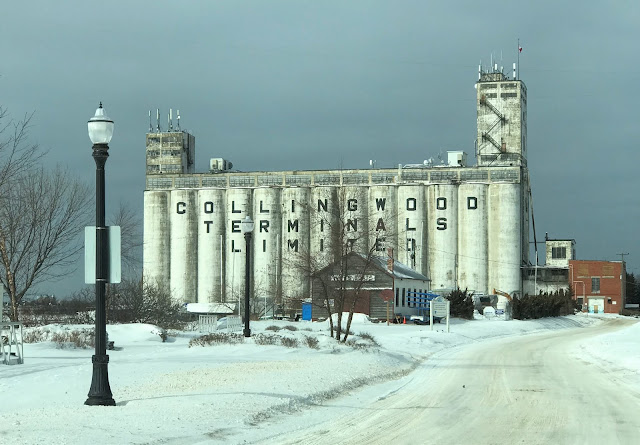 Such an iconic symbol of Collingwood, the "Chicago of the north", there's even a Facebook page devoted to saving the elevators.  I'm not sure it would be the wisest thing to do financially. 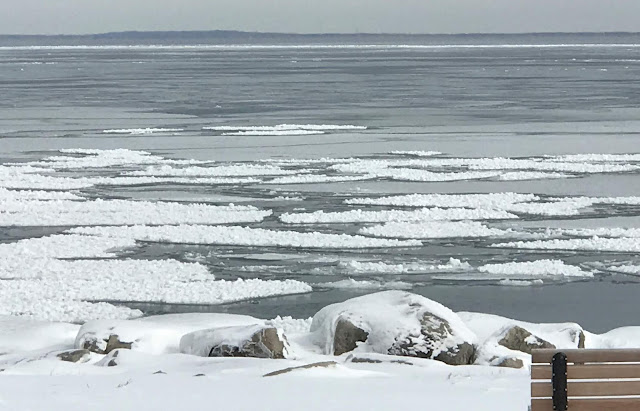 The inner waters of Georgian Bay were frozen over, but certainly not with the normal thick winter ice that would be white in all directions.  The mild winter we've been having means that the bay is only partially frozen with thin fractured ice, mostly on the opposite northeast shore.

Parked out at the end of the spit, you get a great view of the many ski runs down Blue Mountains to the west.  Here you can see four of the six big ski clubs in the area.  Anyplace else there are buildings blocking the view.

Thanks for all your kind comments on yesterday's post.  My network of blog friends means a lot to me.  To answer a few of the questions raised, the heart surgery went wrong because they couldn't get the bleeding stopped and I ended up with a blood clot in the spinal cord.  Eighteen hours of surgery altogether.  I did later get a blood infection or sepsis after about two months in ICU.  That's how I lost the tips of all my toes and four fingers.

I do a lot of upper body exercises and have built up significant strength in m,y arms and hands.  It's the only way you can learn to lift yourself a bit or transfer.  So far I can't manage to use a light manual wheelchair easily because I don't have the strength in my trunk muscles.  A high level of injury at mid-chest makes it very difficult.