The most interesting little creeks that Highway 26 crosses are the two tiny streams that mark the beginning of Keefer Creek, which has a nice waterfall downstream.  The creeks emerge as springs in the hills that surround the valley on the south side of the highway.

You drop down below the top layer of the escarpment as you enter the valley.  In the second picture above you can see about half the surrounding bowl of low hills that frame the upper end of the valley where the springs emerge. 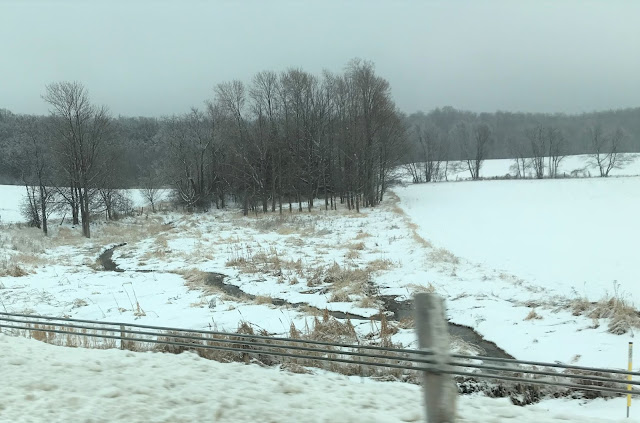 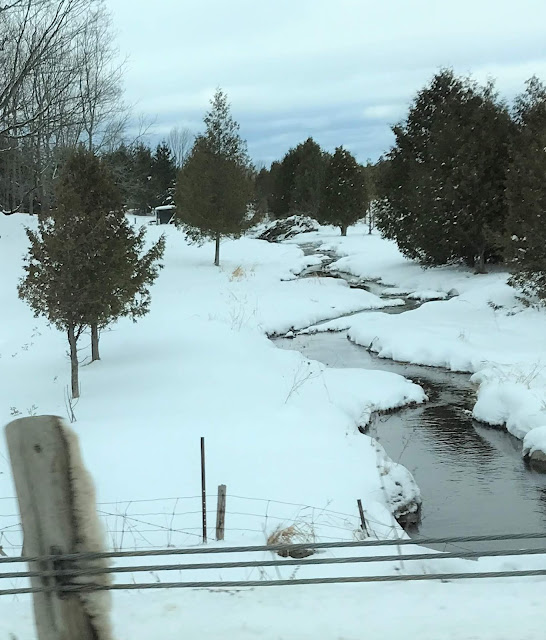 It's a tiny creek at this point, and these are terrible pictures, but you get the idea of tiny streams at the upper end of the watershed. 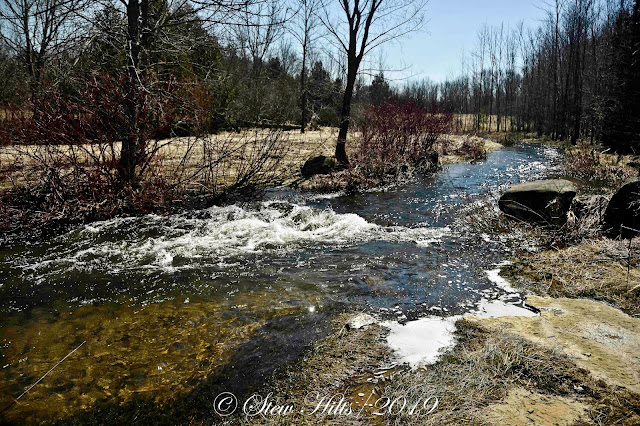 By the time the creek gets down to the waterfall it's a good deal larger, enough water flow to make a pretty waterfall. 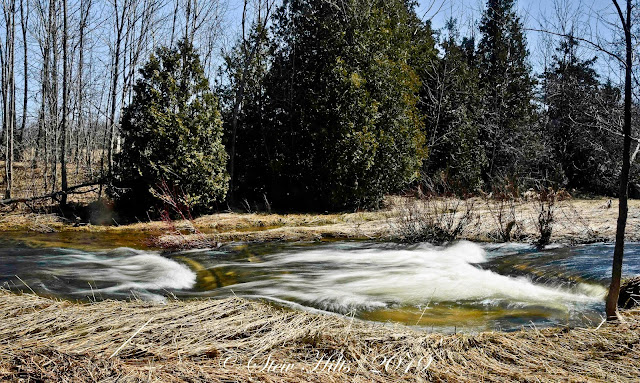 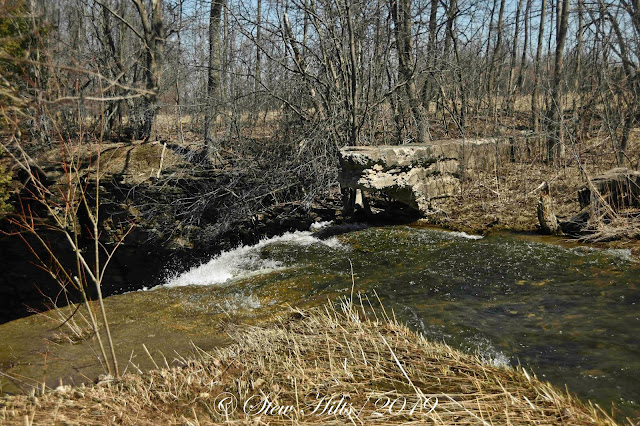 It was an interesting stretch of the creek just before it dropped over the edge to the narrow valley below. 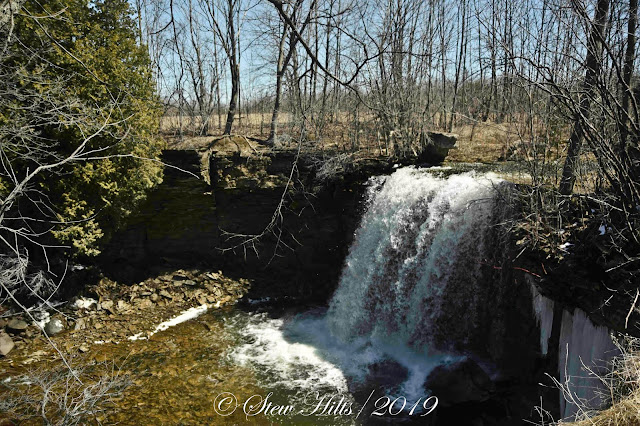 About 20 feet tall, Keefer Falls has a form, falling into a bowl of bedrock, that is quite similar to several other falls in the region. 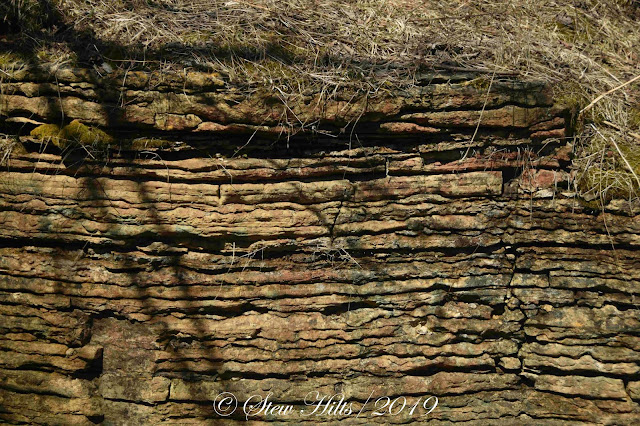 The thin flat layers of the Manitoulin Dolostone were readily observed and very characteristic. 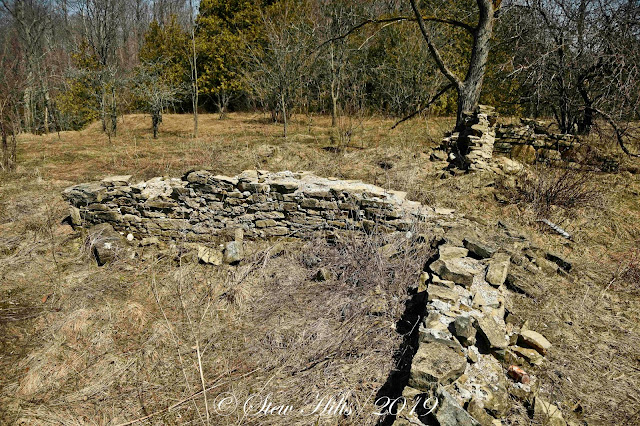 The foundation of the old mill that once stood here could be seen right beside the falls. 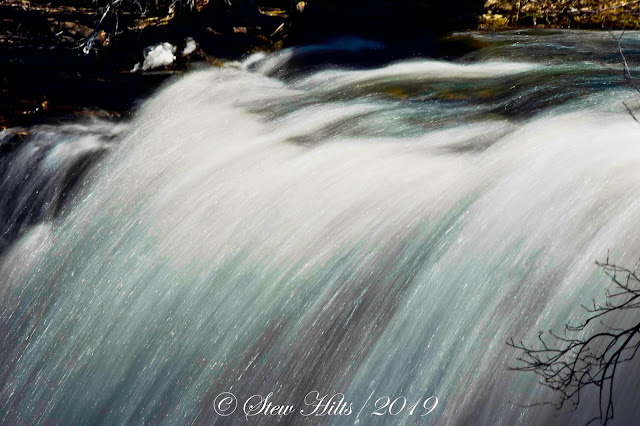 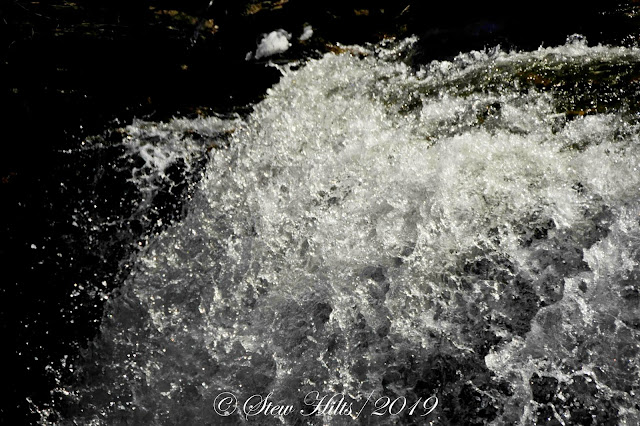 As usual, with my tripod, I spent a bit of time playing around with shutter speeds. 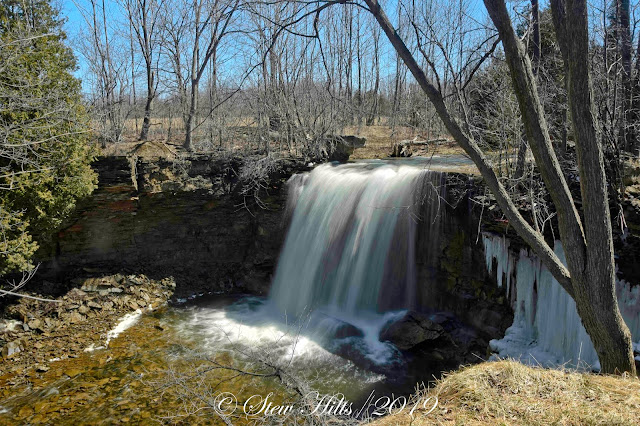 A final look at Keefer Falls, and a fitting end to our tour of Highway 26.  Note the icicles in the deep shade on the right.  These shots were taken in April 2016.