We'd heard that waves were rolling in down at the shore.  We've never lived in a community right on the Great Lakes shoreline, so we find it fascinating how things change over the seasons. 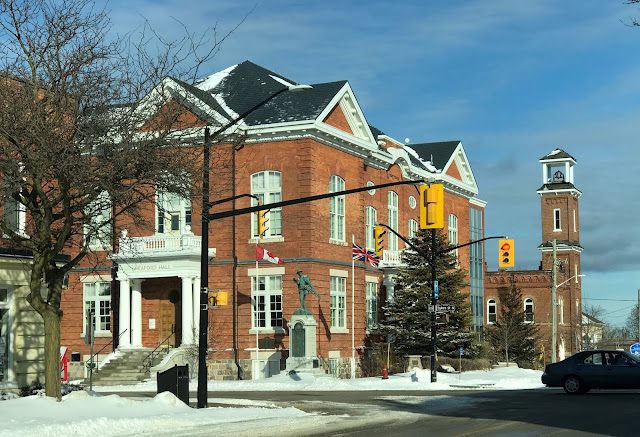 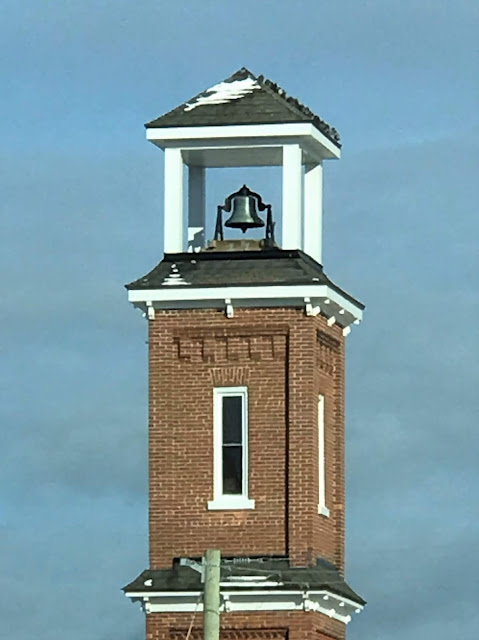 We started out downtown where I amused myself taking a couple of pictures of Meaford Hall and the old fire station, the biggest highlights of Meaford's architecture in my opinion.  Did you notice the pigeons? 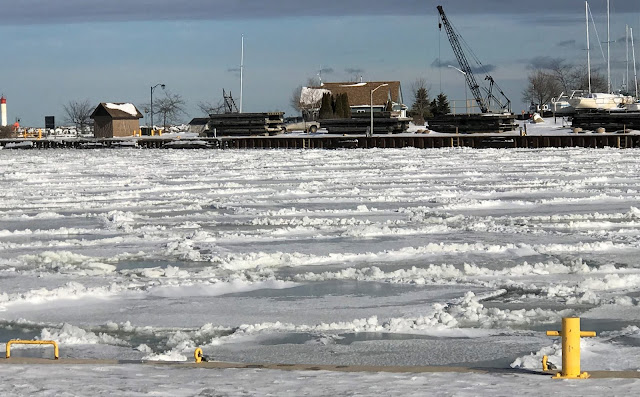 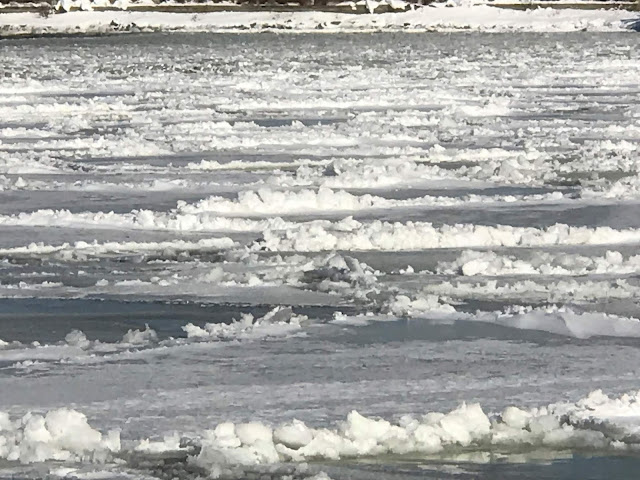 We paused by the inner harbour to view the 'pancake' ice.  When the temperature is cold enough to freeze the water, but slight movement breaks it up, the resulting ice flows or pans float around and bump into each other.  This accounts for the bits of broken ice around the edges of the 'pancakes', a very common pattern in the winter here. 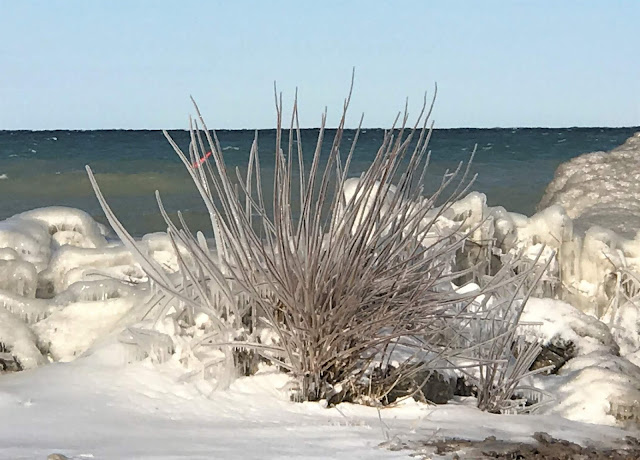 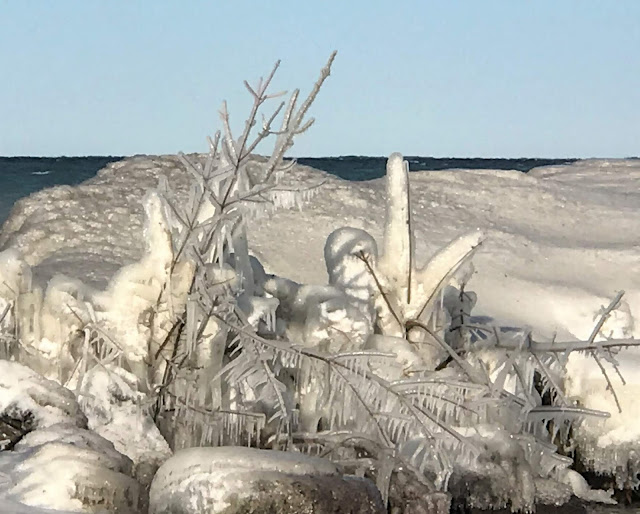 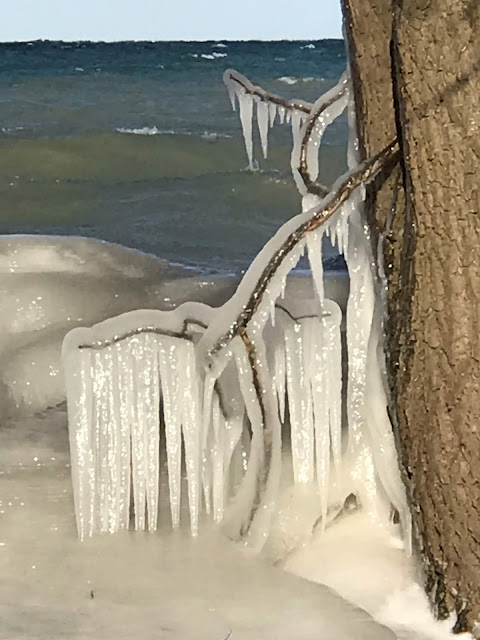 Down the street we stopped by what is a small protected beach for children in the summer.  Lots of ice from water splashing up. 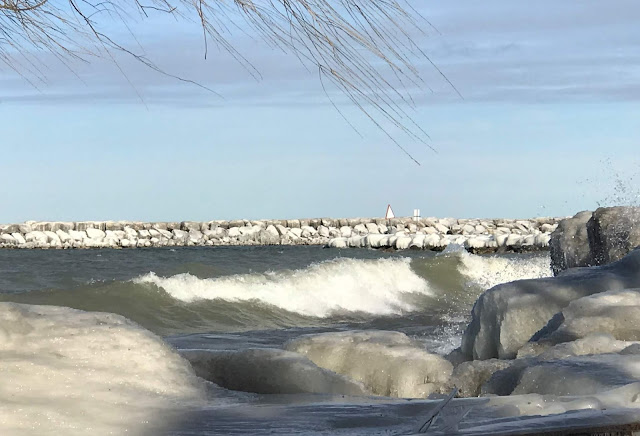 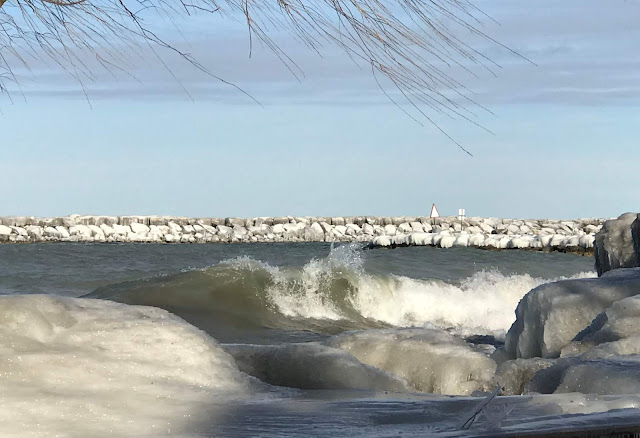 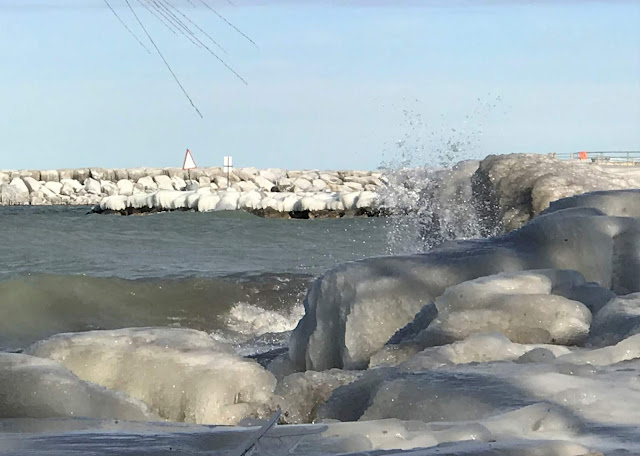 Then I started trying to capture some splashing waves.  You could watch the big waves rolling in for some time before getting a big splash. 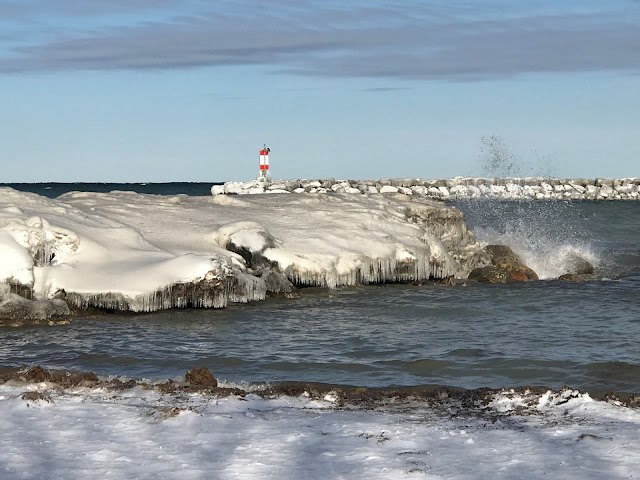 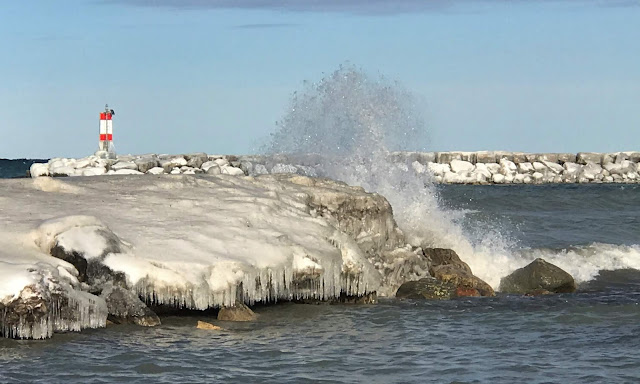 We moved to where we could see the waves rolling around the point of the small protective breakwater, and then I got a good couple of photos.  I ended up with a lot of pictures, do you're going to see more over the next few days.