I can't let February go by without acknowledging Black History Month in Canada, a month in which we recognize the contributions that black members of our communities have made.  The situation is very different in Canada compared to the U.S., with a relatively small black population here.  But at an early stage in our history there were some black slaves here.

The symbol of black history locally is this memorial in Harrison Park in Owen Sound, site of the annual Emancipation Festival.  Thought to be the oldest in North America, it started in 1862 and is still going strong. 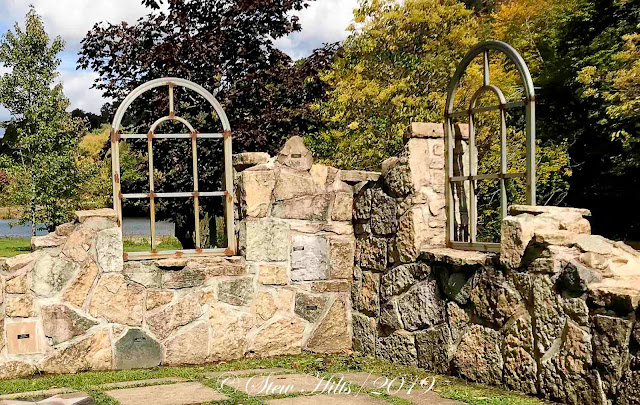 I think this is one of the nicest memorials for any reason that I've seen.  It's simple but symbolic and I think very meaningful.  It is of course meant to resemble a ruined pioneer church, and it was built with stones donated from several American states. 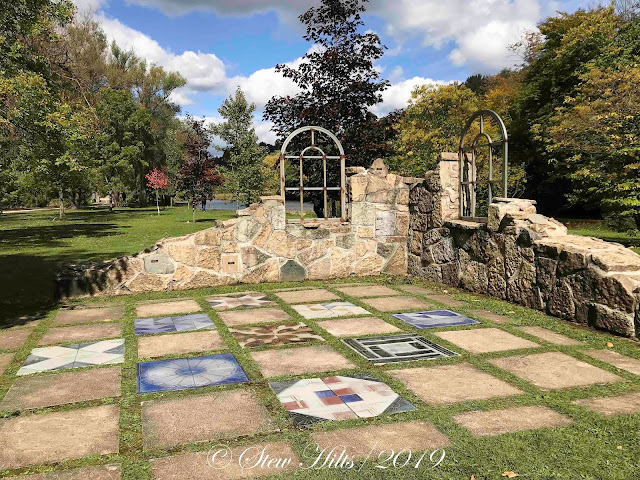 And the front is paved with flagstone, nine of which have embedded quilt patterns. 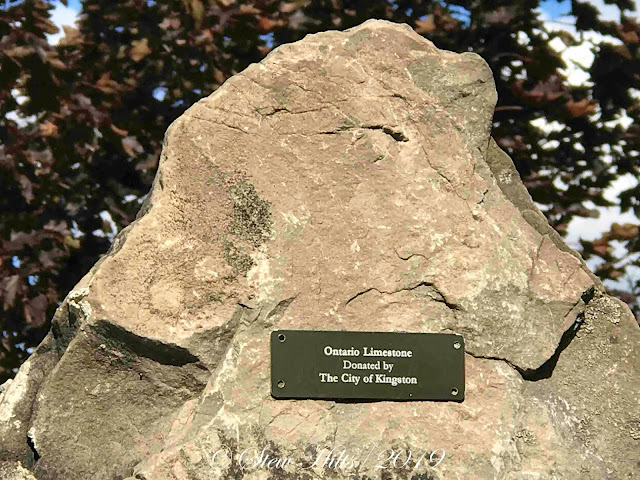 Just one of the big donated stones. 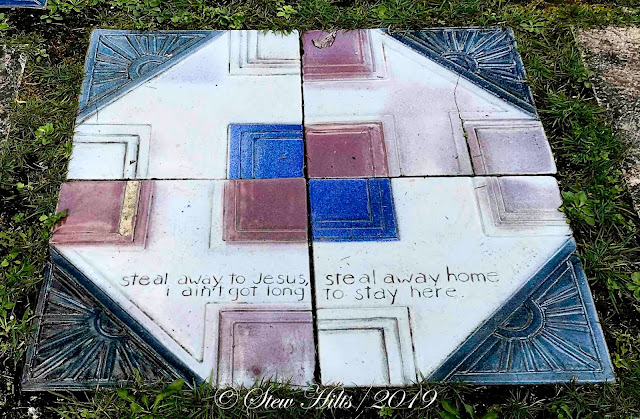 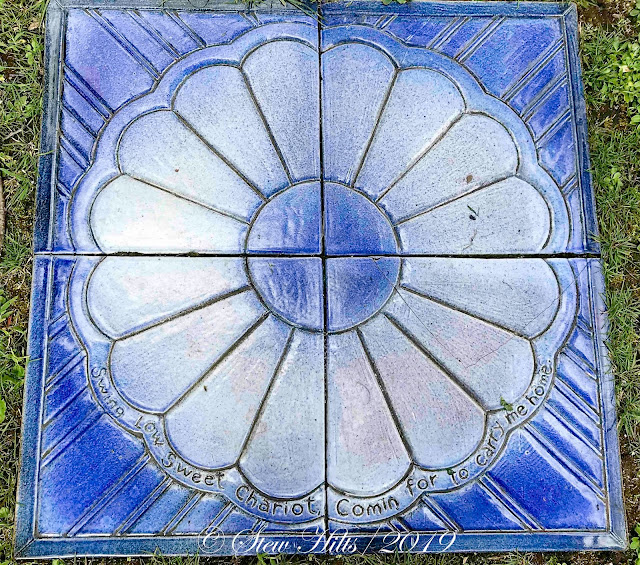 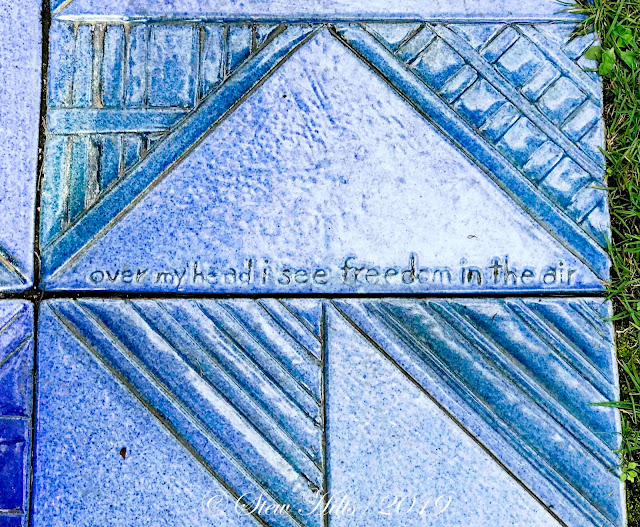 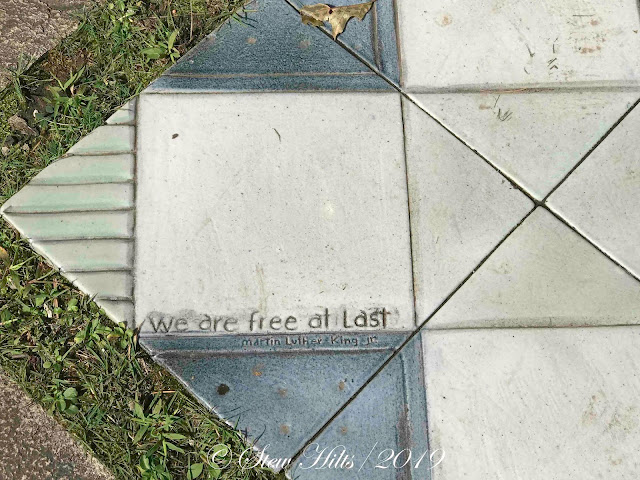 And a selection of the quilt patterns, with sayings from the times.  Owen Sound was said to be the terminus of the Underground Railway, and had a small but thriving black community in the late 1800s as a result. 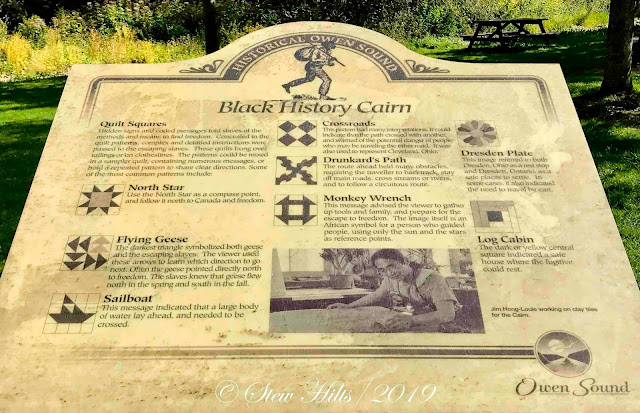 There are several plaques that are very informative.  It's a nice place to stop when we visit the park.
Posted by The Furry Gnome at 7:08 PM