I totally forgot yesterday two more of the interesting spots just off Highway 26 that I wanted to share, so your tour continues for two more days.  The first is Clearview Forest, a Bruce Trail Conservancy property overlooking Clearview subdivision just east of Owen Sound. 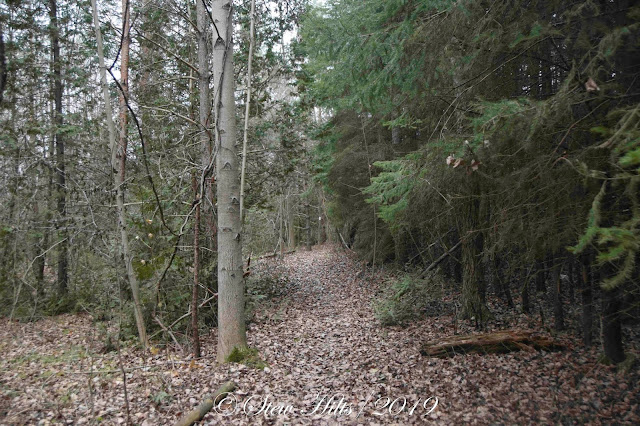 There's a nice loop trail here, down into the valley and along the stream, then back up through more coniferous forest back to the starting point. 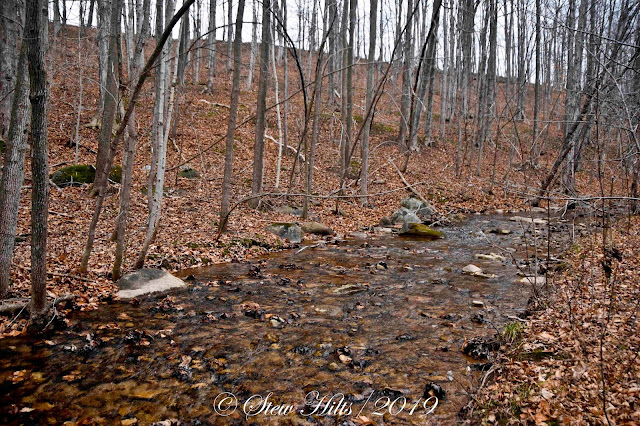 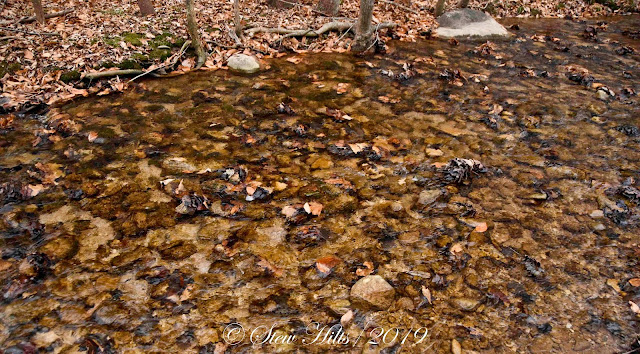 The highlight is the small stream down in the bottom of the valley, a tributary of Bothwell's Creek.  With nice clear water it is said you can find fish spawning here in the fall after swimming up from the bay. 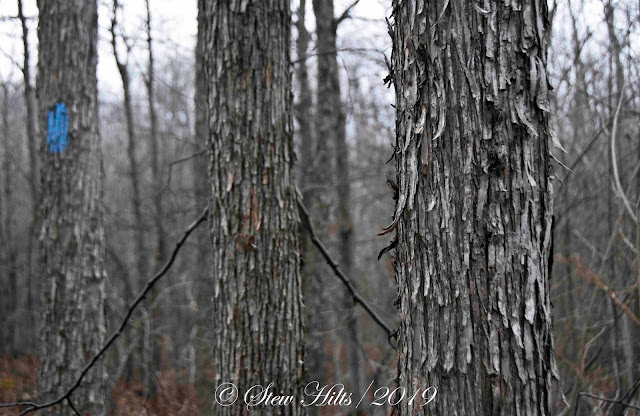 There were a surprising number of Hop Hornbeam trees here, one of the two we also know as Ironwood.  This picture shows the typical narrow shredding vertical bark. 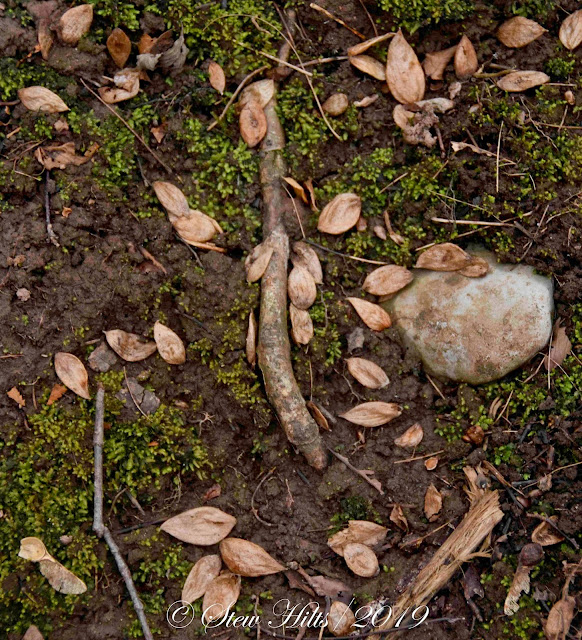 And this picture shows the seed pods; they were everywhere over the ground in places. 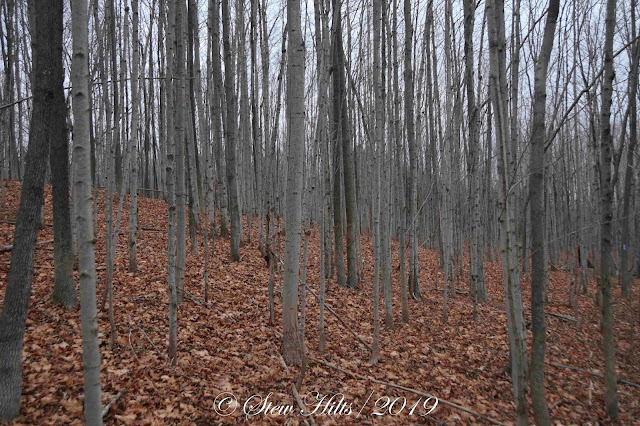 It was quite a young forest otherwise, with a lot of Sugar Maple saplings. 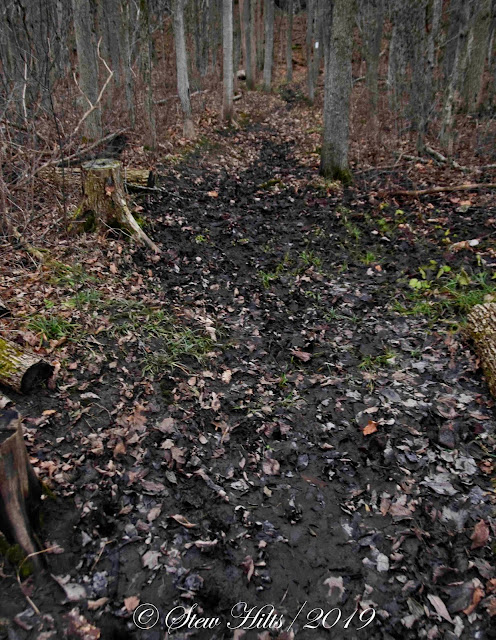 Unfortunately when I hiked, in early December two years ago, the trail was quite muddy in patches. 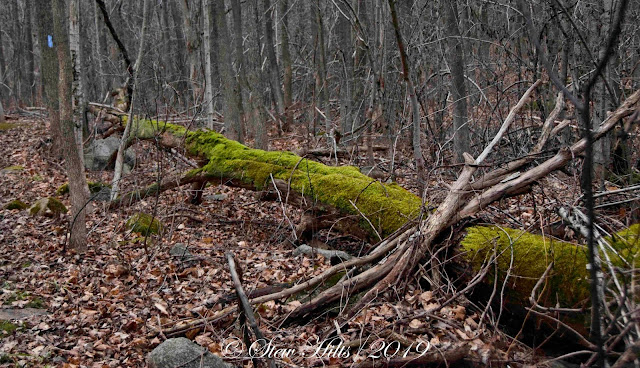 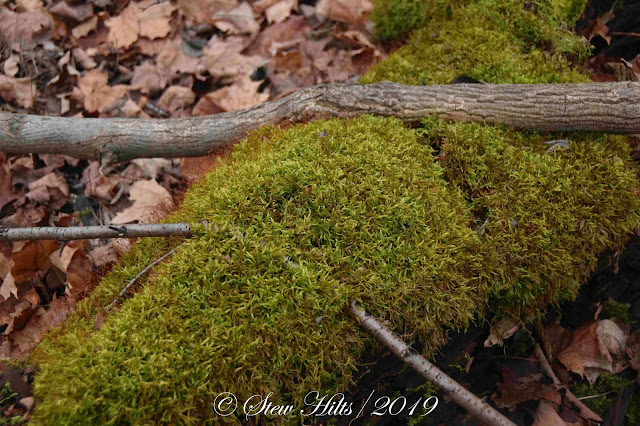 It was all browns and greys except for some bright bits of moss on old logs.  No early snow that year! 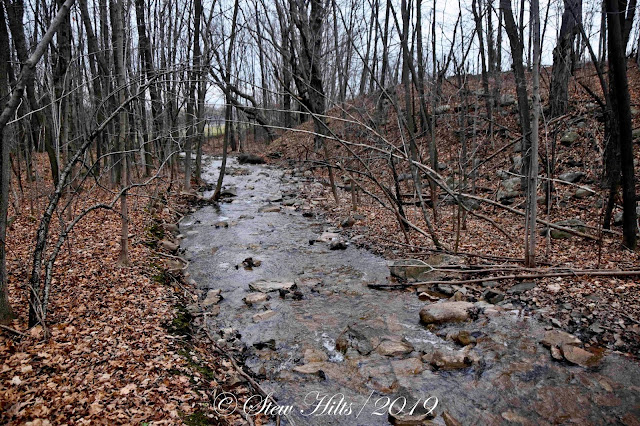 After quite awhile wandering along the stream we turned and headed uphill, a somewhat steep climb, for me at least. 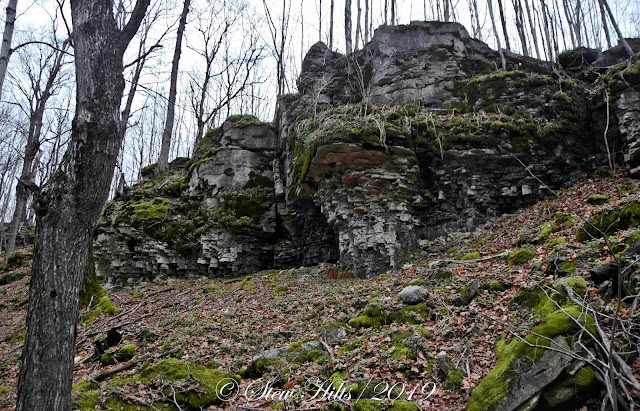 The trail came out at the escarpment cliff and then followed below it for most of the distance back to the starting point.  This was just as interesting as the stream down in the valley below.  Lots more green moss on the rocks here. 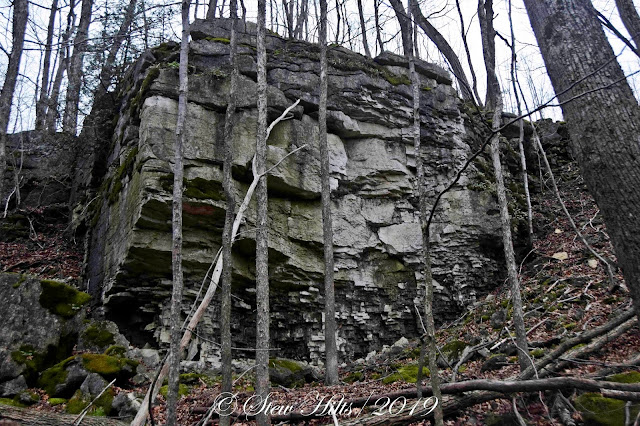 This is the hard thick Amabel Dolostone, which tends to have large blocky appearance near the top and thinner layers lower down.  There was still a climb up a steep hill to get back to our vehicle at the end, a nice loop hike.  I would recommend only trying this trail during a dry time of year, and be ready for some steep slopes, but it's a nice place to get out in the woods not far from town.