We moved over to this ghostly ice-coated tree where the waves seemed to be splashing more regularly.  Instead of a splash every now and then, here it was splashing on every shot.  My iphone seemed to get the focus just right, and be shooting at a speed fast enough to capture the water in mid-air. 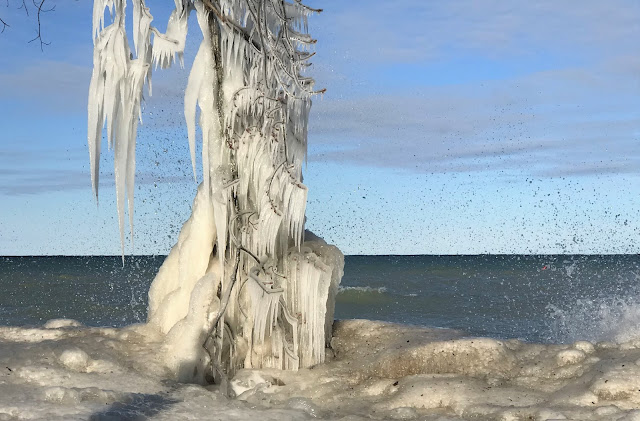 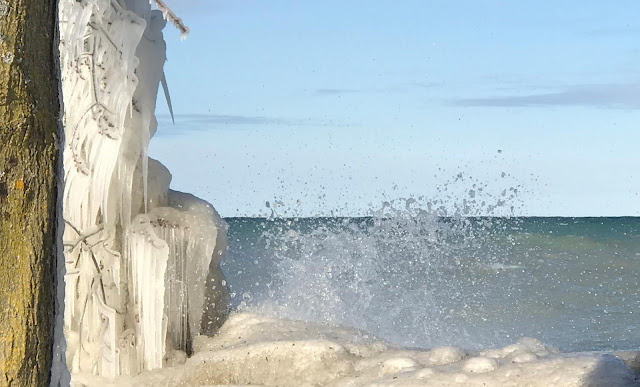 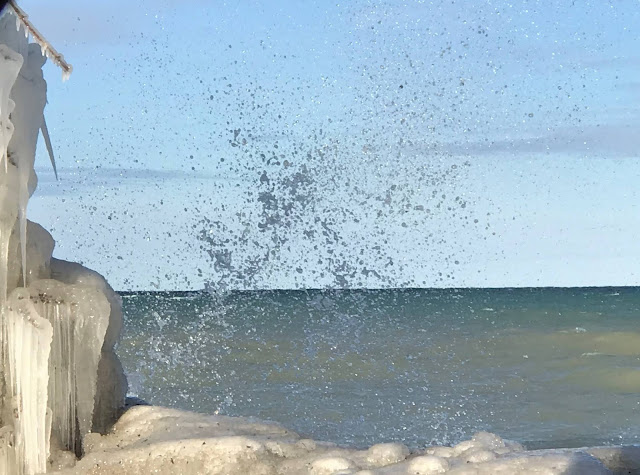 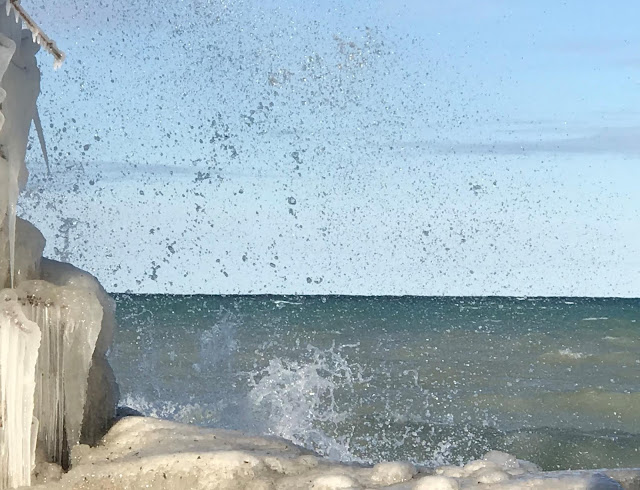 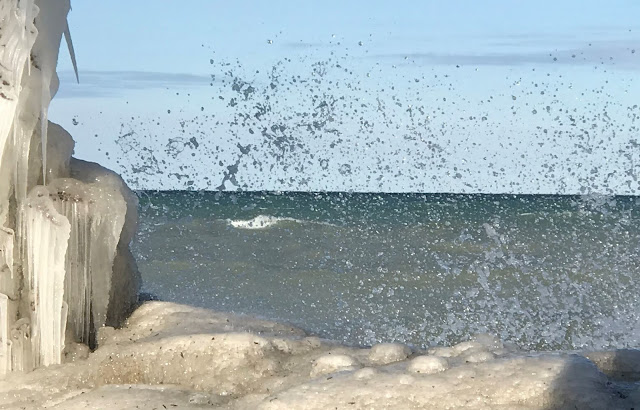 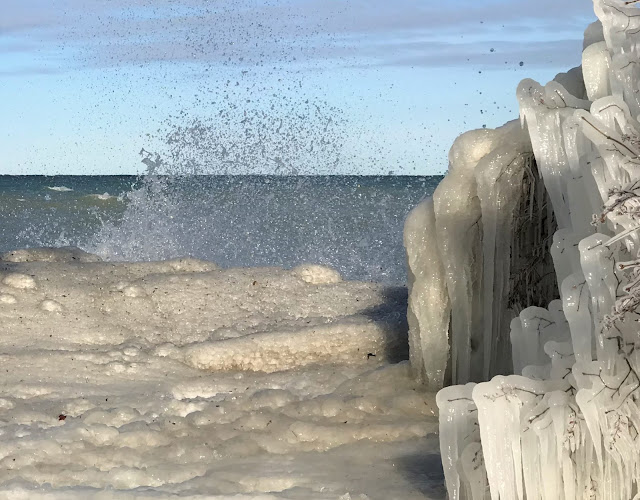 I could have kept shooting all afternoon and got a different splash on every shot, and in the bright sun too!

We're still enjoying our gentle winter, and hoping it will continue.  Several days recently have felt like early spring, and the days are definitely longer, by nearly an hour.  Do you know that it will be less than 4 weeks until daylight savings begins?  That marks spring more to me than the spring equinox.

We're learning to pick daytime events to get out to, so this morning we went to the Life Long Learning series of lectures in Thornbury.  It was a talk on 'Saints and Sinners', the story of Owen Sound's long history as a dry city, and the eventual votes to allow alcohol.  Owen Sound was 'dry' longer than any other city in Canada, from 1909 to 1962.  It was also the location where the Woman's Christian Temperance Union was founded in 1874.  Prohibition became linked to the womens' suffrage movement as it was argued we would never get prohibition as long as only men could vote!