I was pleased to see this morning that Wiarton Willie has forecast an early spring for us, joined by 3 of his other Canadian Colleagues, and Punxutawney Phil.  I hadn't even heard of these other groundhog prognosticators, but Manitoba Merv, Balzac Billie, and Fred la marmotte all joined Willie in forecasting an early spring.

Manitoba Merv hails from Manitoba (I never would have guessed!), Balzac Billie from Alberta, and Fred la marmotte from the Gaspe in Quebec.  Punxatawney Phil, who is one of the grandfathers in this business is a proud resident of Pennsylvania.

Sadly, our two maritime friends, Shubenacadie Sam from central Nova Scotia, and LucyLobster from Cape Sable Island in the extreme southwest shore of Nova Scotia, both forecast 6 more weeks of winter.  I guess the maritimes is getting more snow.

I guess too that it doesn't surprise me when I look at the map and see 6 of these helpful forecasters live in Canada, while only one lives south of the border.  I guess it's mainly in Canada that we complain about cold winter going on forever.

Doug Gilham, a senior meteorologist at the Weather Network, may have the final word though.  As he pointed out, if the snow melts by mid-March, a lot of us would still be complaining about a long winter and similarly, if the snow does melt by mid-March, we'll rejoice in the early spring. 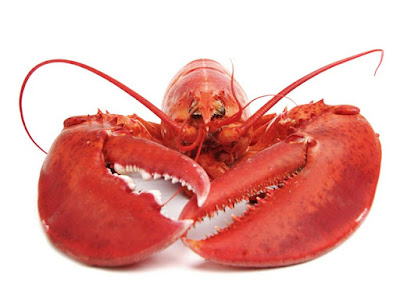