Picking up on the wetland I ended yesterday's post with, if you follow the Bruce Trail along the top of the low escarpment behind that wetland you'll find the stream that feeds it.  It emerges from the base of the escarpment as a spring, and quickly runs downhill into the wetland.  If you trace it back, it flows above the escarpment too, but disappears into a sinkhole, emerging as the spring at the base of the slope. 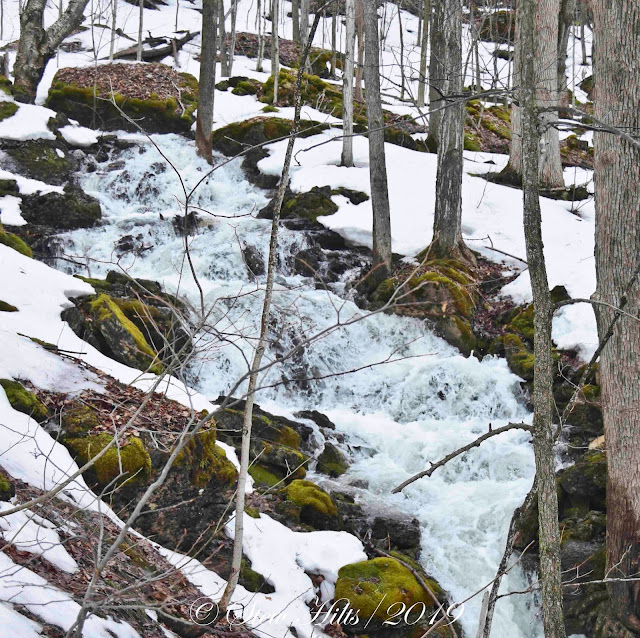 BUT, for about one week during the spring melt the flow above is too much for the sinkhole, and the excess water tumbles over the edge of the escarpment creating an ephemeral waterfall.  We timed our visit just right, this year on March 16th. 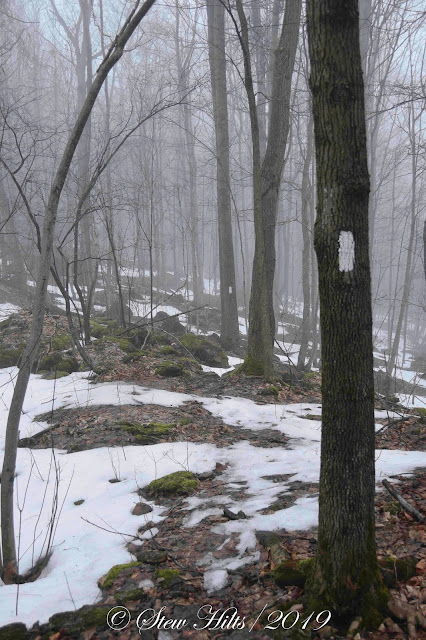 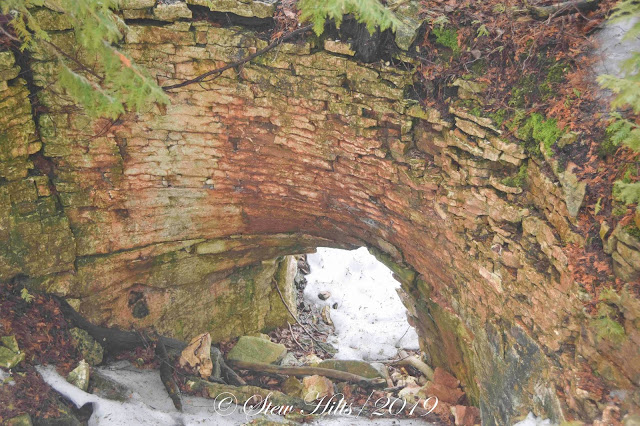 We passed an old lime kiln that had been built into the side of the short cliff. 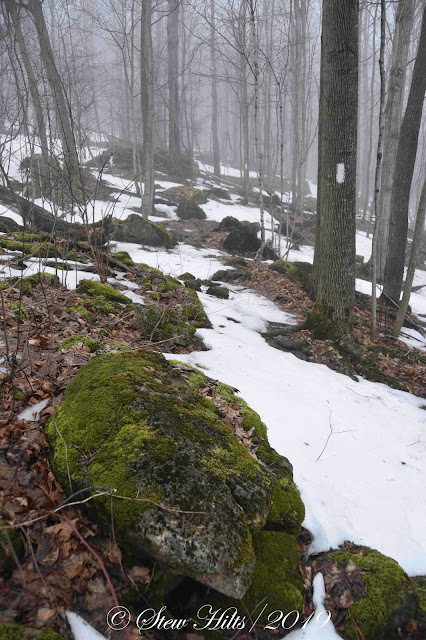 And through more foggy woods.  It was the sort of early spring day when you didn't need snowshoes anymore, but you did need good waterproof hiking boots. 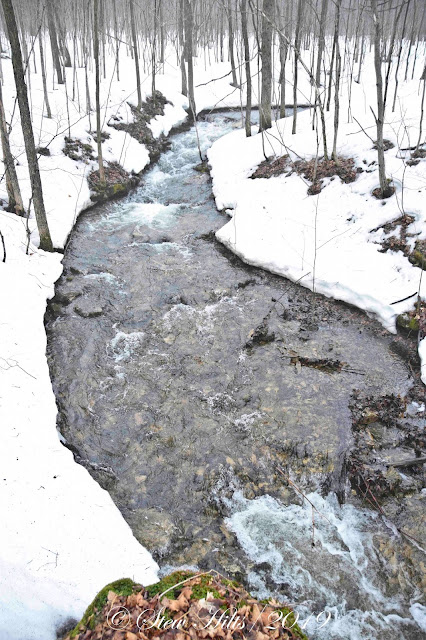 Before long we came to the stream, just too wide to jump across.

The stream follows a large curve, the channel splits, and it hits the bottom at the end of the slope.  (An iphone panorama shot). 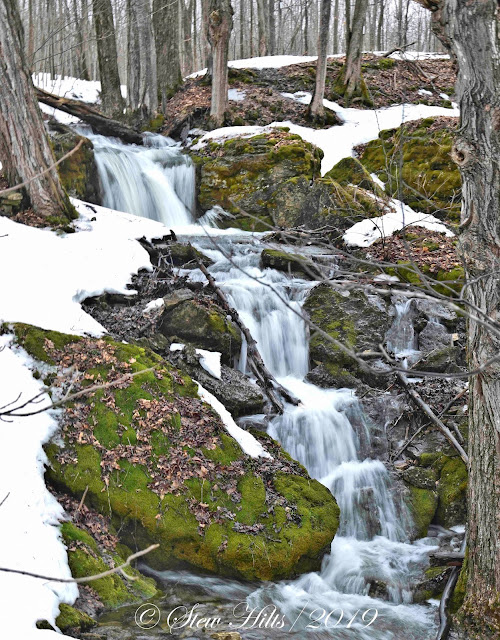 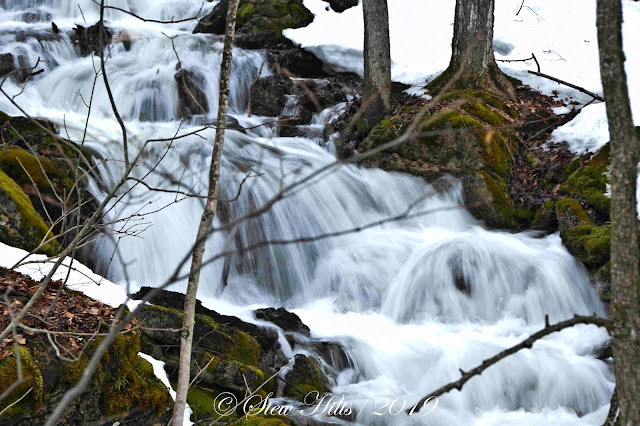 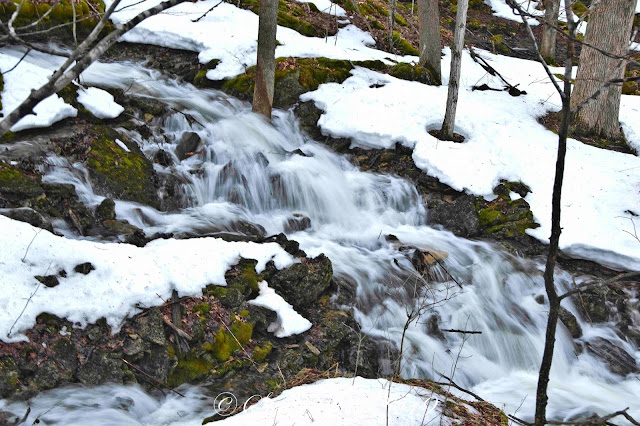 I had brought my tripod and neutral density filter to try and get some 'slow' shots of the water, so I played around for a few minutes while my fellow hiker waited patiently. 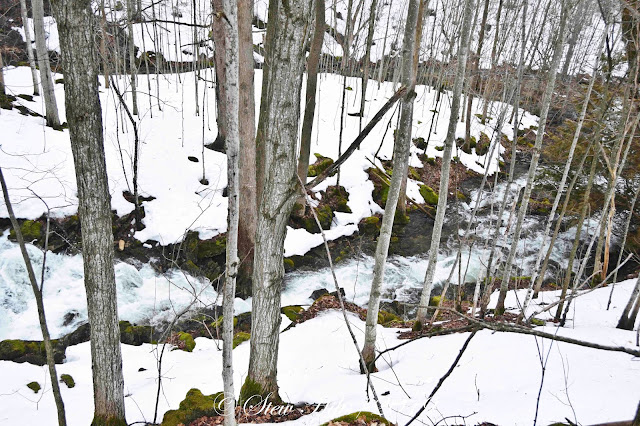 We didn't feel we could safely cross the stream without getting wet feet, but you could see the second channel joining the closer one at the base of the slope.  It was really more like a series of tiny rapids than a single waterfall, but it's described as a waterfall in the Bruce Trail Guide.  We were pleased to be there at exactly the right time of the year, a successful adventure. 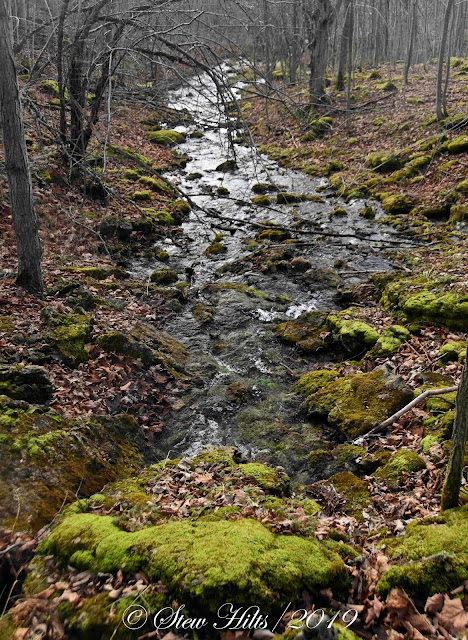 We returned a year and a half later, going through the claustrophobic crevice, passing the old cabin foundation, and coming to this point from the opposite direction. This is the spring heading out to the wetland, taken from the base of the slope where it emerges about 51 weeks of the year. 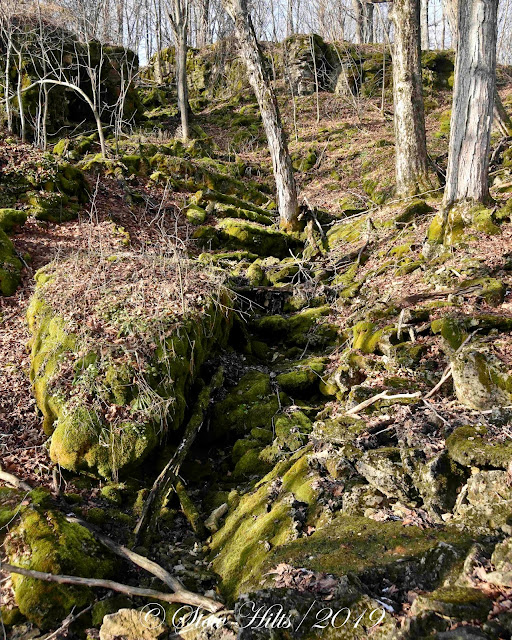 Turning around and looking uphill you can easily see the channel the waterfall bounces down for one early spring week of the year, completely dry now.

Thus ends my series on what's to be seen along Highway 26 (besides a lot of crazy drivers)!`