Sitting right south of Parliament Hill and the downtown is the eastern terminus of the Rideau Canal, just over 200 km long. Opened in 1832, it provided a protected inland route west from Montreal to Kingston on Lake Ontario that avoided the St. Lawrence, where the U.S. lurked on the south bank of the river.  During the War of 1812, this was a real concern to the British (Canada was still a British colony then).  It's never been used for military purposes, though it was heavily used for shipping until 1849 when locks were built on the St. Lawrence.  Today it's popular with pleasure craft. 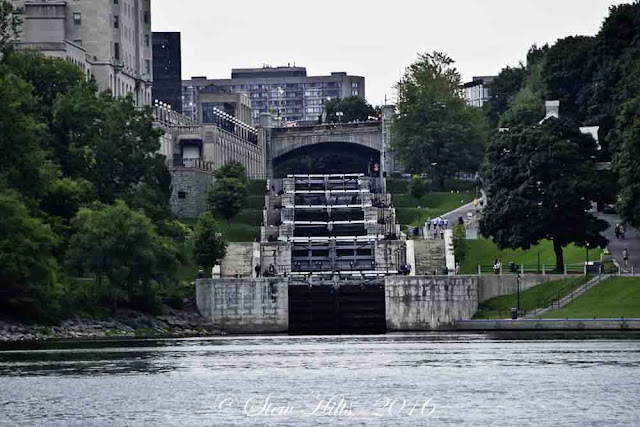 The last 8 locks form a short but steep staircase for boats down from the main level of the canal through town, to the level of the Ottawa River.  All the locks are original and still functioning. 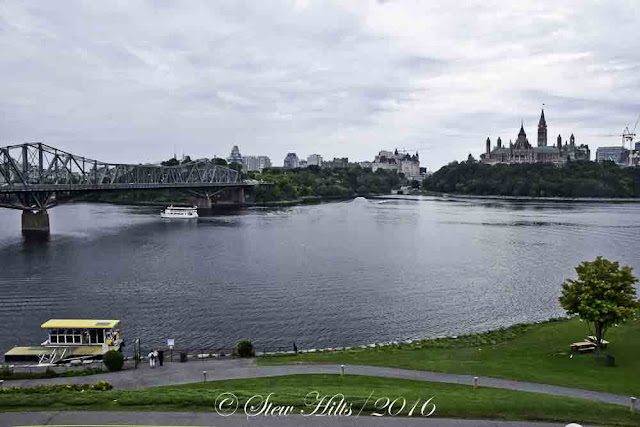 We actually ran into our daughter and her family while still at the museum; they had walked over that big bridge on the left.  But they saw the water taxi and suggested we try it, so we did.  They followed us an hour or two later and our 6 year old grandson got to be pilot of the ship for a few minutes!  He loved it. 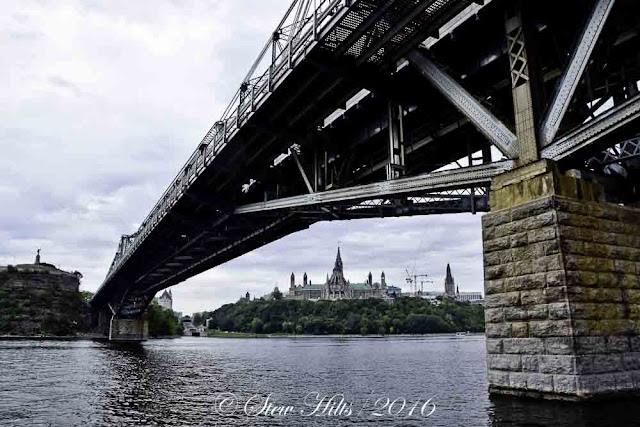 We swung around under the bridge, heading straight for the back of Parliament Hill, but we're going to land beside though locks at the bottom of the canal. 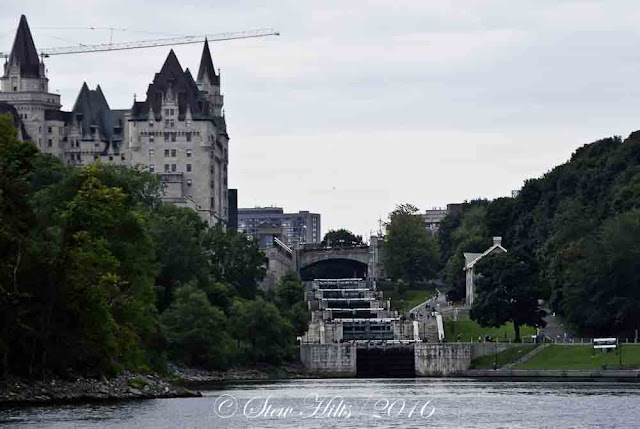 Here we come to the locks.  The Chateau Laurier Hotel sits on the immediate east of the canal, a hotel that's a little pricey for us!. 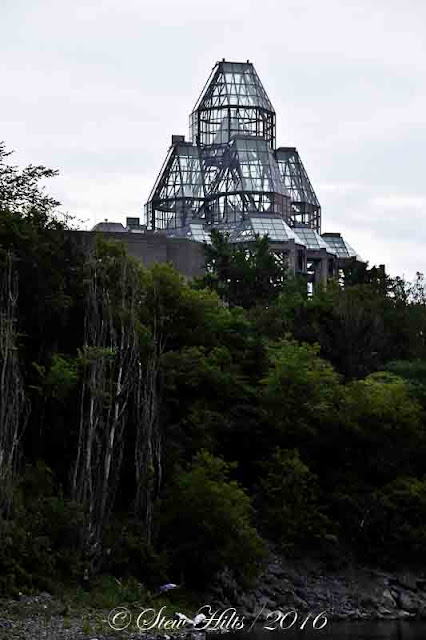 We also passed by the bluff where the National Art Gallery of Canada sits, its modern glass cupola rising above the trees. 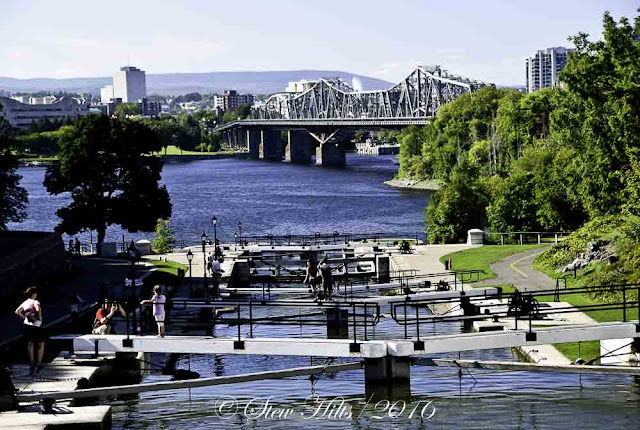 I had actually walked over as far as the canal the day before, when I needed to stretch my legs after the long drive.  That had been a bright sunny day. 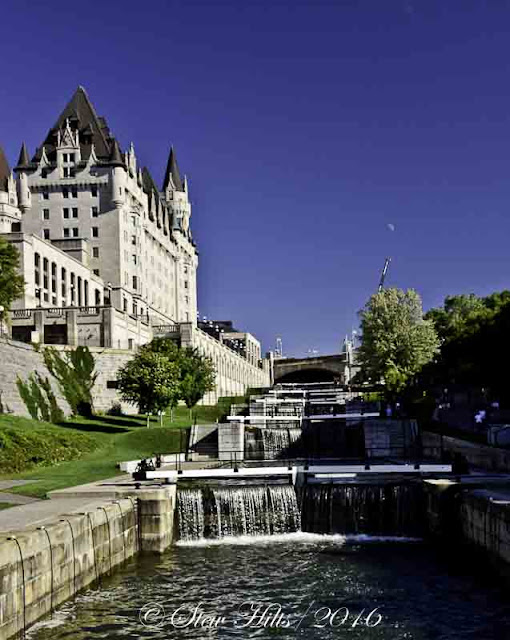 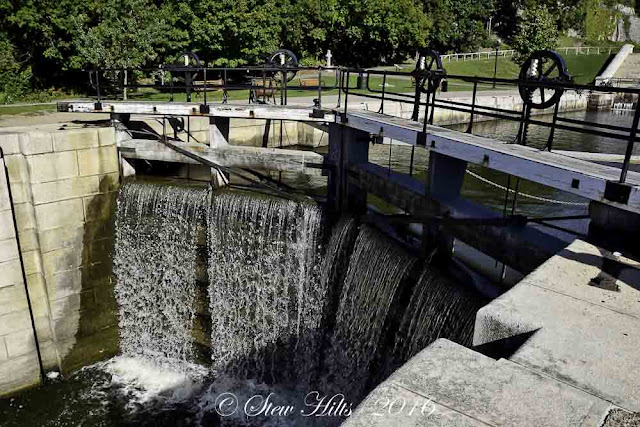 The drop in this final set of locks is quite significant, several of them dropping 20 feet each.  It must be a slow process going through all these locks before you get up on the main waterway.

The canal freezes of course during the winter, and becomes a 7;8 km. long rink, officially the 2nd longest in the world since Winnipeg opened a rink on the Assiniboine and Red Rivers a km. longer.  But that one is only 2-3 metres wide, whereas the Rideau rink is the full width of the canal, so it's now officially the largest if not the longest skating rink in the world.  And once, in Ottawa for a meeting, I took my skates and skated the whole thing!

A final look back at the Museum of History on the far side of the river.  Tomorrow - inside the Parliament Building.