The 'Famous Five' are five Alberta women who asked the Supreme Court of Canada in 1927, to rule whether the term 'persons' in the British North America Act (at that time effectively the Constitution of Canada) included women.  Their goal was to have women allowed to serve in the Senate.  The Supreme Court ruled against their challenge, but they took their request to the Judicial Committee of the British Privy Council, which overturned the Supreme Court's ruling - women were 'persons' in Canada as of Oct. 18, 1929. 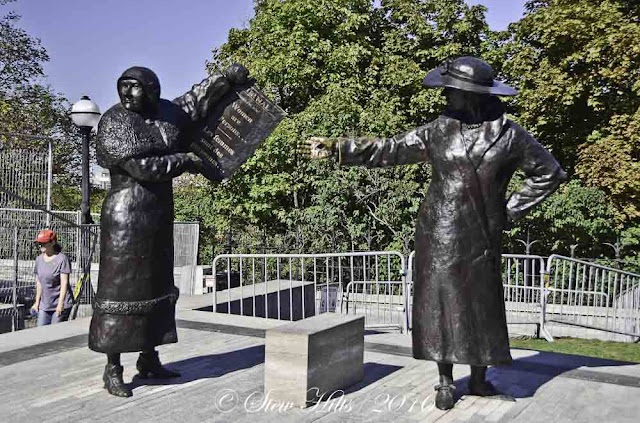 The monument was built to celebrate the moment when the women heard the positive results of the decision.  Here Nellie McClung holds up a newsheet while Irene Parlby points it out.  All five women were active leaders in Alberta, but Nellie McClung was born here in Grey County, only about 20 miles away from the valley. 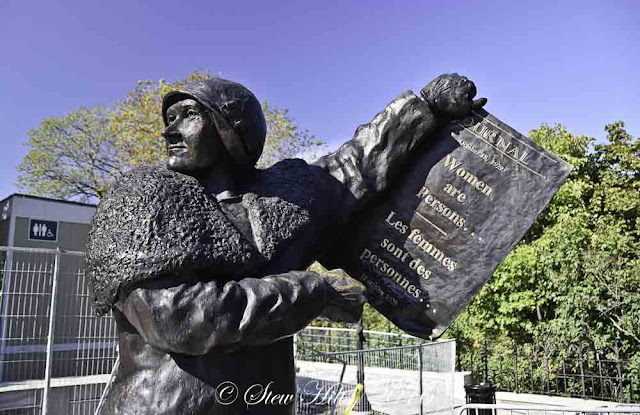 The case is widely known as the 'Person's Case', and came just a few years after the 19th Amendment to the U.S. Constitution which gave American women the right to vote.  At the time one of the five, Louise McKinney, was the first woman elected to a provincial legislature in the British Empire, and another, Irene Parlby, was the first woman Cabinet Minister in Alberta.  Within just four months of the ruling, Cairine Wilson, an active political volunteer in Ottawa, was named Canada's first female Senator. 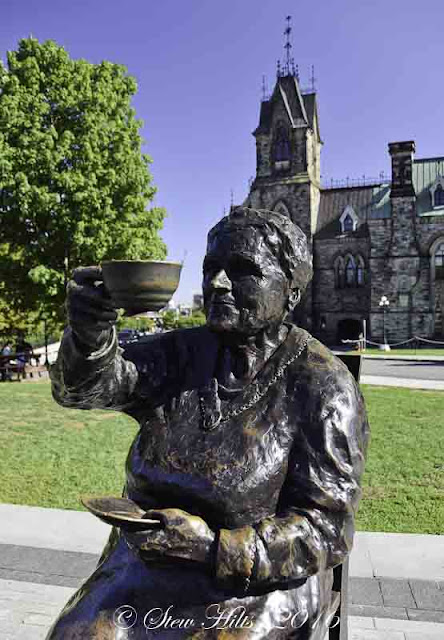 Here Henrietta Edwards raises a cup of tea in celebration!  I missed getting pictures of Louise McKinney and Emily Murphy, the first female judge in the British Empire.

But the legal implications didn't end with the recognition of women as persons.  This radical re-interpretation of the Canadian constitution led to a new judicial perspective known as the 'living tree doctrine'.  Essentially this means that the Constitution (now governed by the Constitution Act, 1982), must be interpreted in the light of changing times to accommodate the modern world (in contrast to the 'frozen concepts' approach).  I never knew this before, but it makes sense to me. 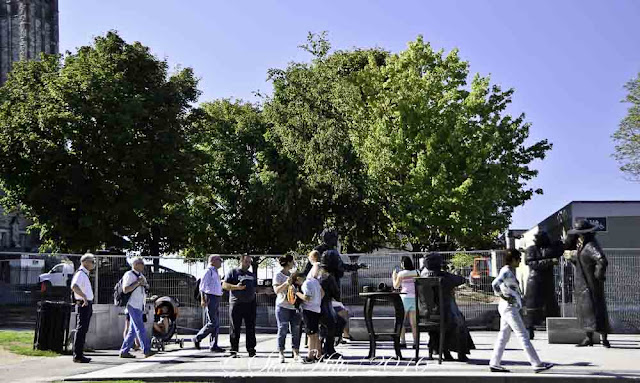 There never was a chance to get a picture of the five women without plenty of 'live' people around.  This is obviously a popular spot to stop, and an interesting story to read about.  The fact that it stands in between the Centre Block and the East Block of Parliament Hill, and is not currently fenced off for construction, probably helps!  Apparently there is an identical group of statues in downtown Calgary; the sculptures are by Barbara Patterson.

The name Agnes MacPhail is often, though mistakenly, associated with the Famous Five.  A woman of the same era, she was born near here, and is something of a local historical heroine.  Her career started in provincial politics here in Ontario, and in 1921 she was the first woman elected to the House of Parliament.  She served 5 terms, until 1940. 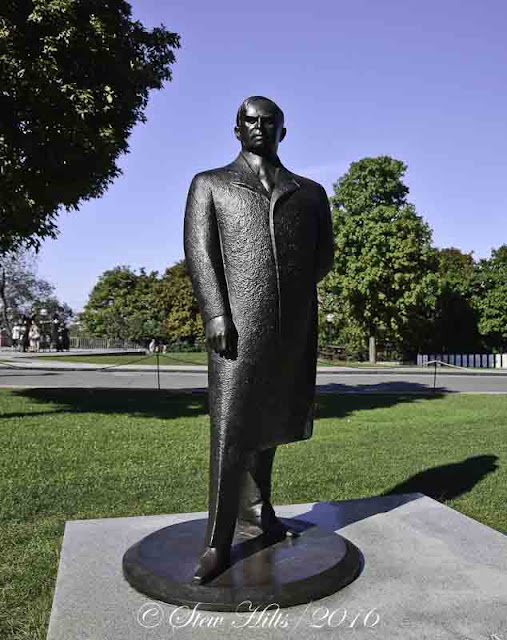 We didn't go seeking out the numerous other statues around Ottawa; there are a lot, with a lot of very interesting stories.  But this rather severe looking one of Prime Minister William Lyon Mackenzie King was nearby - you can see the Famous Five in the background.  In spite of his rather cold personality, he was our longest serving Prime Minister, and in some minds the best of the bunch. King was known for his leadership during WWII, as well as establishing both unemployment insurance and family allowance payments. 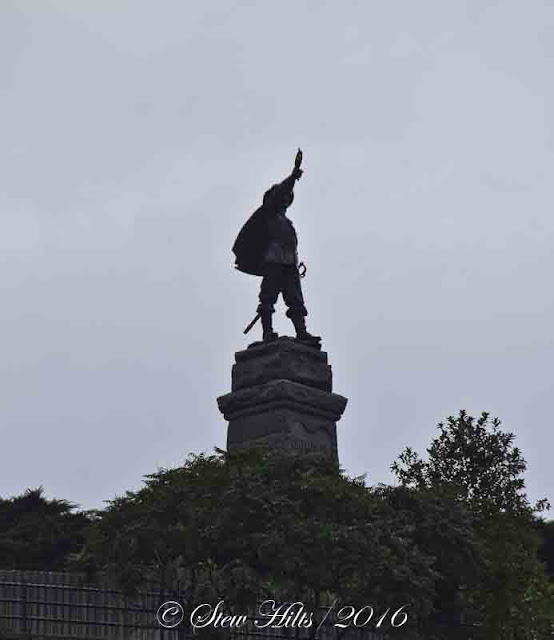 I spotted one other well known statue, an older one, silhouetted on Nepean Point near the Art Gallery.  It's Samuel de Champlain, the founder of New France, today's Quebec, to skip over a lot of historic details.  Many would label him the founder of Canada.  And dear to my heart, he was a geographer, making the first accurate map of the east coast of the country.  This statue, erected in 1913, celebrates the 300th anniversary of his travels up the Ottawa River.  He's holding an astrolabe, a navigation instrument of the times, but the sculptor didn't understand it, and has him holding it upside down!

A much cooler and therefore much more pleasant day here for working outdoors.  We drove north last week to bring home our camper trailer, which we are now planning to sell, and I've spent a lot of time the past two days cleaning it.  Never thought the roof of a camper would get so dirty after sitting under the trees for a year!  In any case, it's perfect fall weather to get the work done.
Posted by The Furry Gnome at 8:47 PM