We had a nice drive across the 8 hours from our place here in the valley east to Ottawa last week, a road we've never taken before.  Passed through a number of small hamlets, villages and towns, the most interesting of which was Kinmount.  We were looking for a break by that time, and pulled off into a park in the middle of town.

We were surprised to encounter a monument to the Icelandic settlement disaster here in 1874, a bit of history I had never heard before.  The abstract sculpture carved out of limestone, 'In the Presence of a Soul' is said to represent the image of a mother hugging her child. 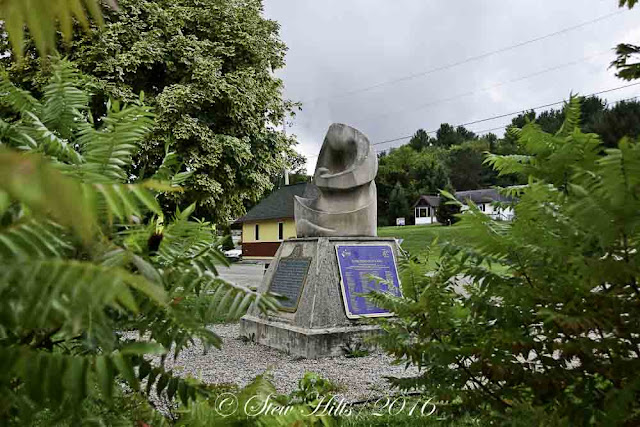 It sits beside the old railway station in Kinmount, a building that's been preserved, though the Victoria Railway is long gone.  And it's in a nice small park that provided a nice walk and a pleasant break in our travels. 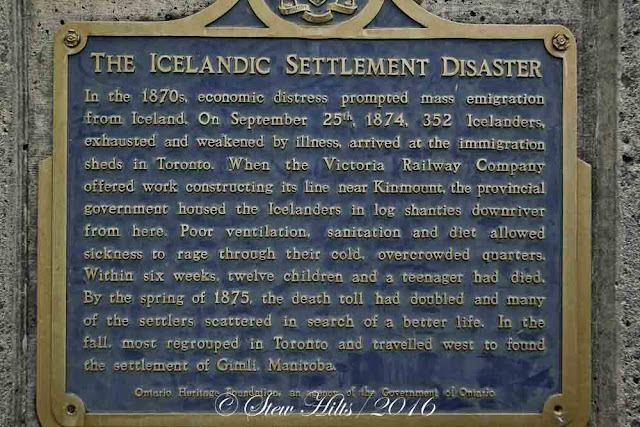 The settlement disaster of 1874 was the arrival of a group of  352 Icelanders seeking a better life, who were offered work on the Victoria Railway.  But they arrived in late fall, were housed in shanties, suffered disease, and within weeks children started dying.  In total nearly 40 children and adults died over that winter until the remaining group returned to Toronto.  Through the intervention of Lord Dufferin, the Governor General at the time, they were resettled successfully in Gimli, Manitoba, the start of a major Icelandic community in Canada today. 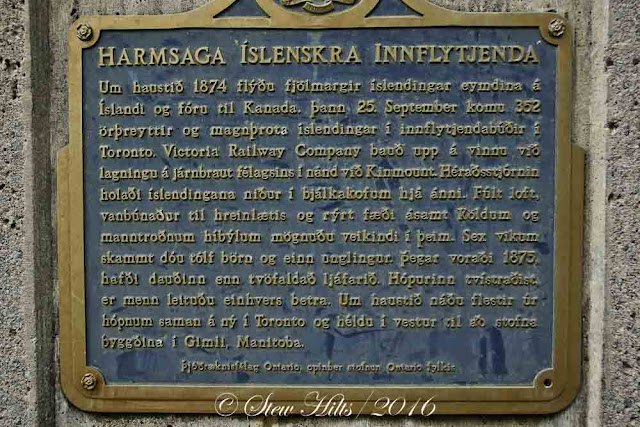 They even had a version of the plaque in Icelandic!  I was personally intrigued because my father flew out of Gimli during WWII when he was a navigation instructor in the Air Force, teaching navigation by the stars.  No wonder he knew the constellations! 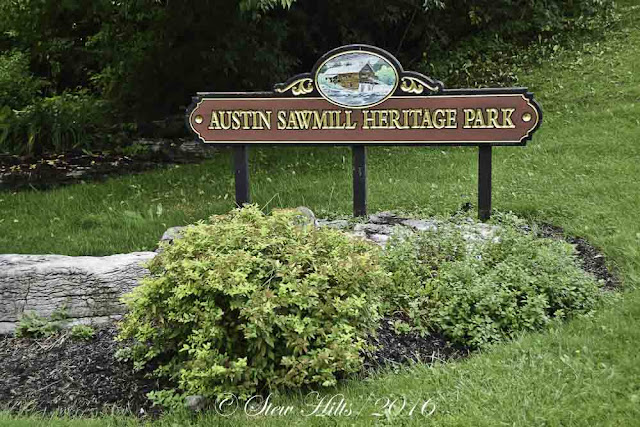 A short walk down through the park, on the banks of the Burnt River, the small town has preserved the actual Austin Sawmill, which you can visit if you're there during the summer when it's open! 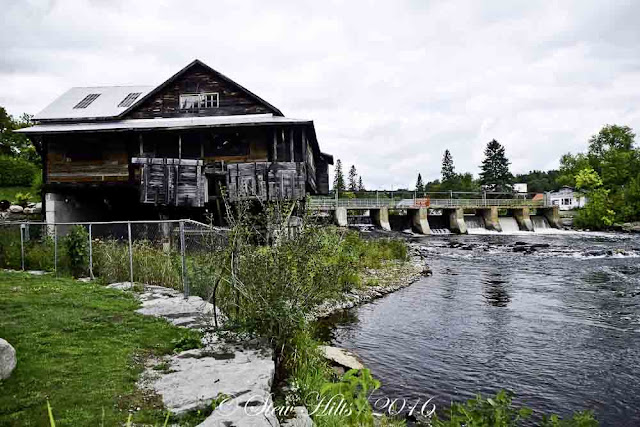 Restoration is not the right word here, but the Austin Sawmill Heritage Park project has secured and partially restored the dilapidated sawmill so that it can be visited, and the displays tell the story of the history of logging in the area.  I was impressed that a small town would successfully do this, more than many larger towns have accomplished! 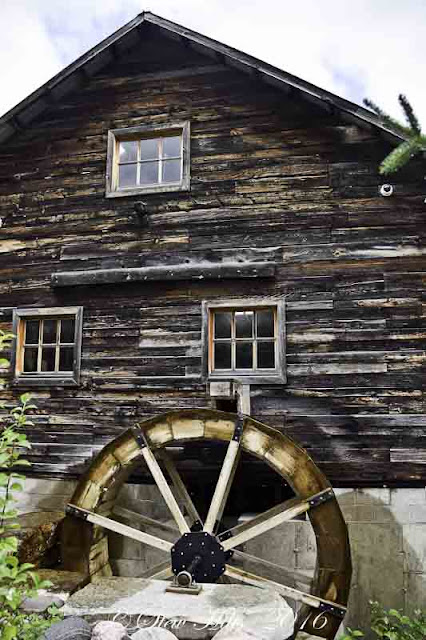 There's a working, revolving waterwheel, a replica I'm sure, but the photographic record is allowing them to do the work accurately. 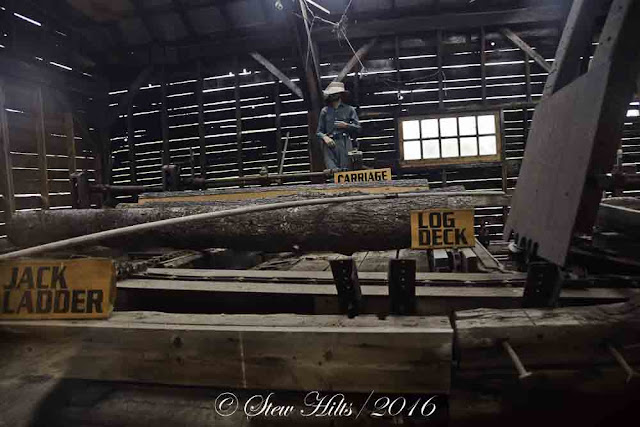 Although we couldn't' get inside, we could look through the windows, and it appeared that they have things displayed very realistically.  It's the sort of place I'd enjoy visiting when it was open.  But more than that, it gave us a nice break in our trip, and left me with a very positive impression of Kinmount!