I was in Meaford on Georgian Bay the other day, and had time before meeting a friend for a bike ride.  So I headed down to the harbour to see what I could see. 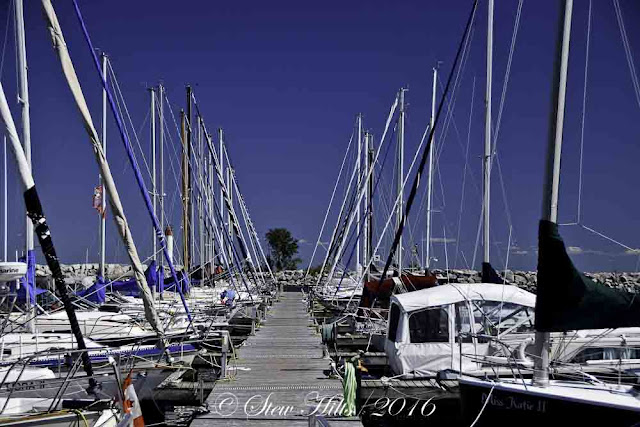 Obviously it's still summer, and the boats are still sitting by the docks, patiently waiting to be taken out on the bay. 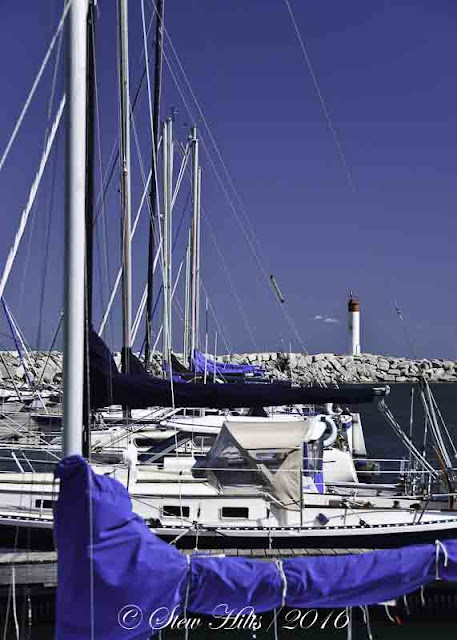 For some reason sailors like the colour blue for more than the water.  Though sails are white, the canvas they wrap the furled up sails in seems to always be blue. 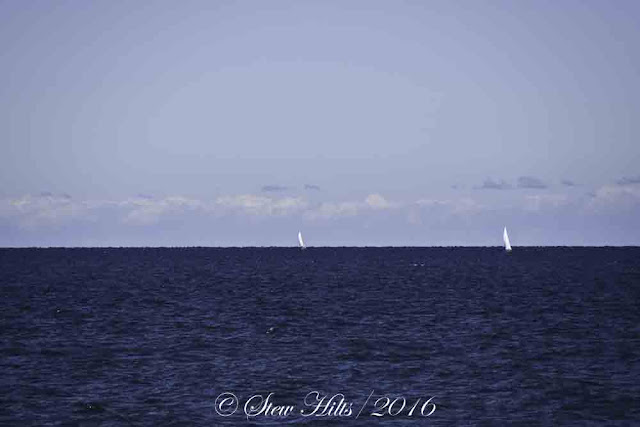 It was a weekday and only two boats were out, but it was a perfect sailing day, an almost cloudless sky and a good brisk breeze. 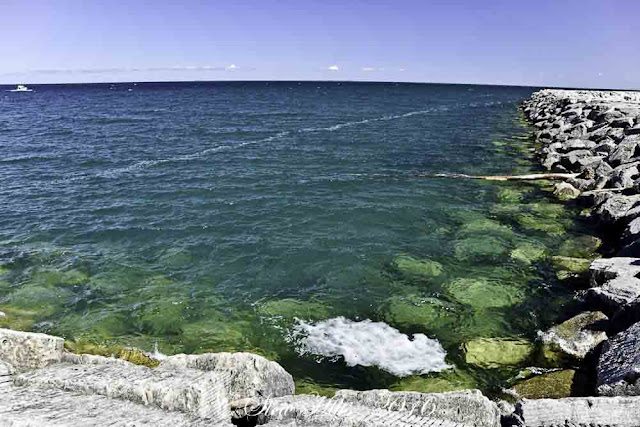 You can't walk away without noticing the clear water of the bay!  That's a big reason it's such a popular sailing area. 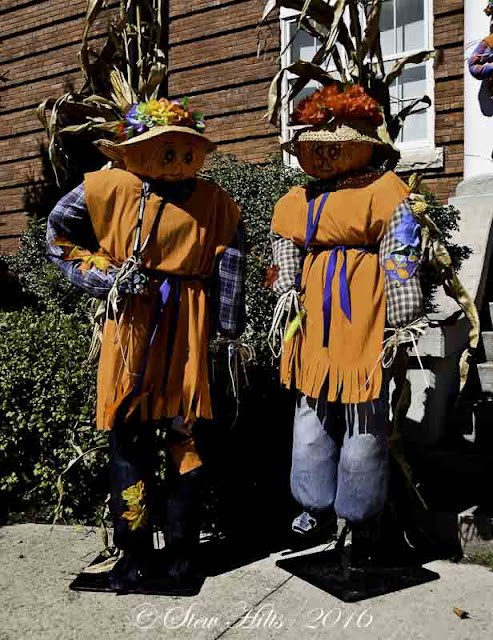 Meantime, downtown, the scarecrows have invaded in preparation for Meaford's Scarecrow Festival next weekend. 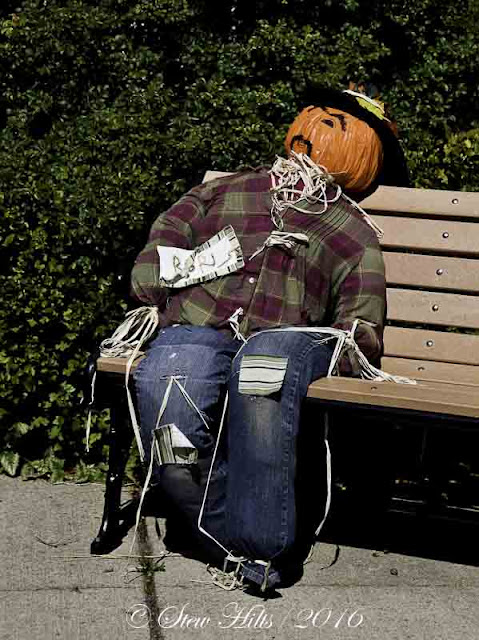 This guy was looking a little worn out.  The scarecrows hang around for a full month or so. 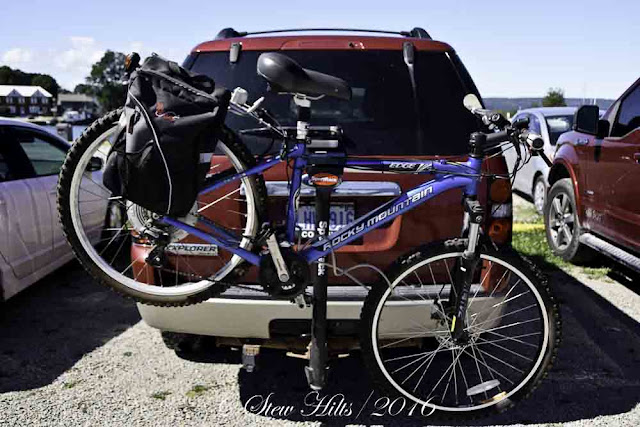 On this occasion my destination was a bike ride.  I finally got organized enough to get my bike on the car carrier and bring it up here to meet a friend for a short bike ride.  I was more wondering whether I could successfully transport it than whether I could ride!  (Meanwhile Mrs. F.G. was at the Quilt Guild meeting in town). 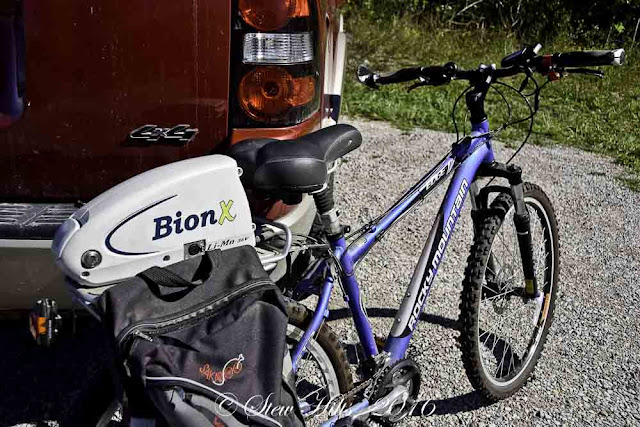 After my bout of serious illness 9 years ago now, I bought an electric bike.  I was never a great bike rider, but I rode to work for years, and really enjoyed it.  I wasn't about to give up biking yet!  So I loaded on the magic battery that gives me a boost when I need it, and off we went. 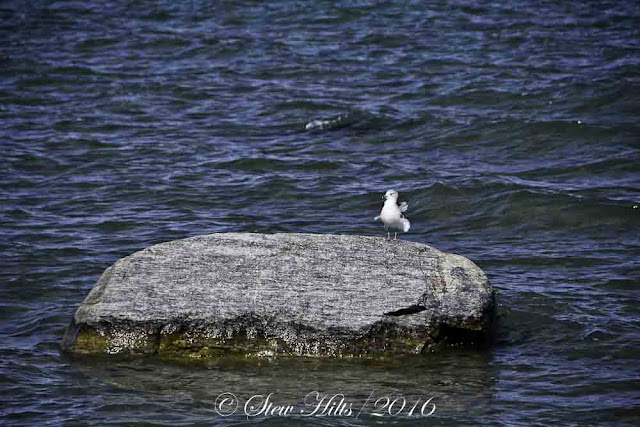 It worked out well.  The motor magically senses how hard you are pedalling and gives you just enough of a boost to make it seem like you're on the level.  Expensive at the time, but I've got a lot of enjoyment out of it.  And Meaford has some nice places to ride, so I was glad to try it out.