Fall in the Garden

There are lots of signs of fall around, and I'll have a number of them over the next week or two.  It's particularly the colder mornings, even though we're still having beautiful days.  With the moderate temperatures they're great days for working, and there seems to be a long list of things for me to work on! 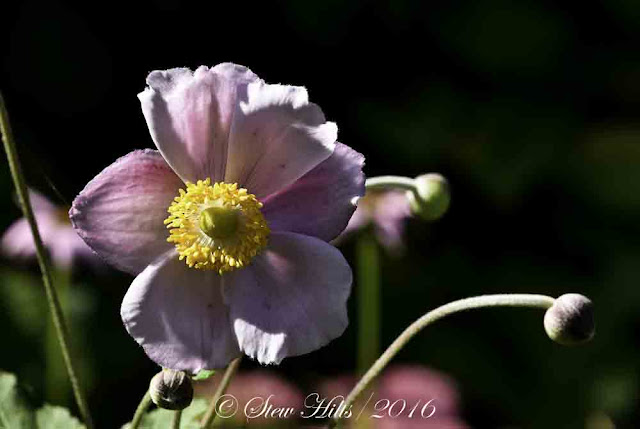 The Japanese Anemone is the last pretty flower to bloom in the garden, with its round ball-shaped flower buds.  I always think it looks so delicate for a season that's pretty tough. 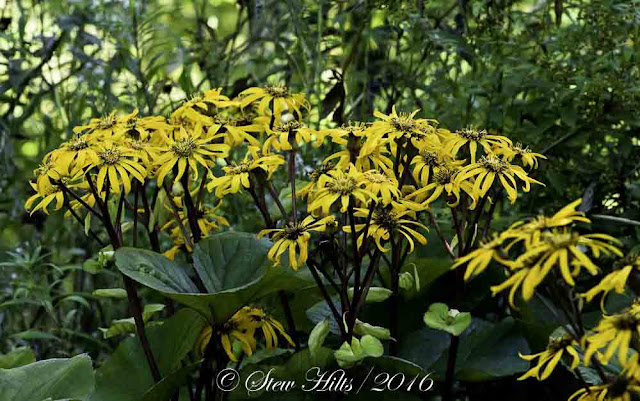 The Elephant Ears (named for its big leaves), one of the Ligularias, provides a bright spash of orangey-yellow for quite a few weeks at this time of year.  Unfortunately it spreads invasively and relentlessly; I took a number out this spring, and will do so again next year (and probably every year thereafter). 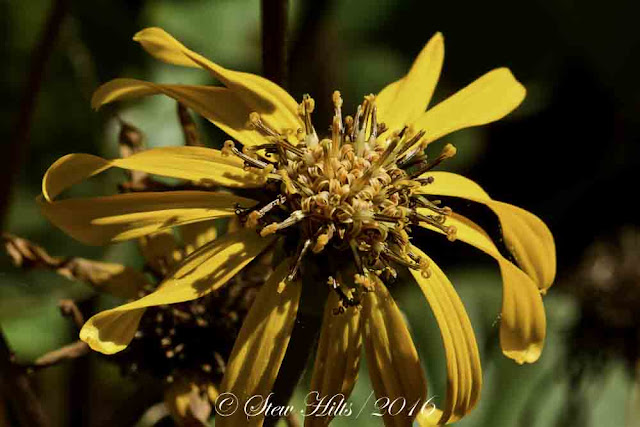 But it's got one of the most interesting assortments of pistils and stamens in the flower centre.  One of my favourite flowers for a close-up. 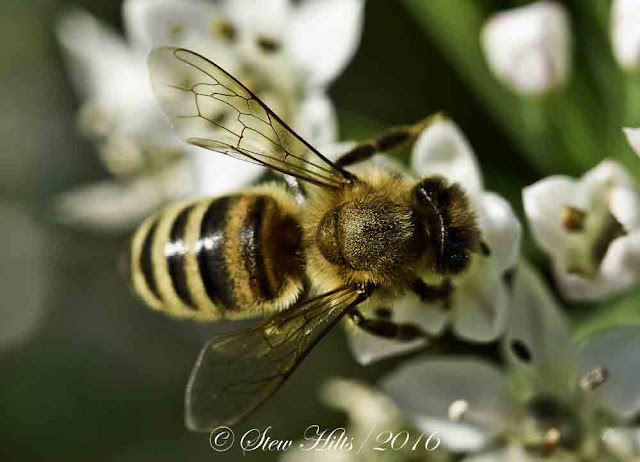 Speaking of close-ups, lots of Honey Bees have been buzzing around the Garlic Chives.  You can't guess how many shots it took to get this relatively clear one. 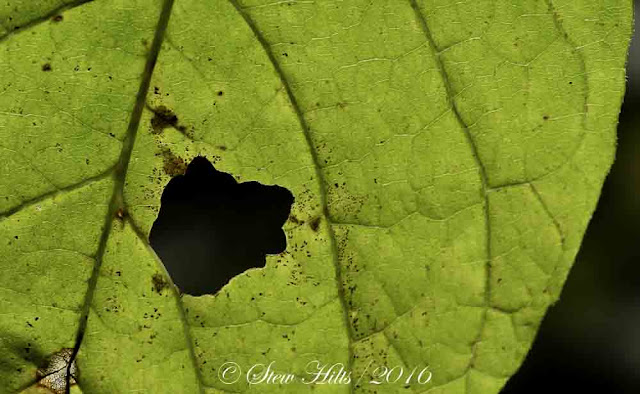 Along the fencerow, above the Hostas, the leaves of the Ash and Dogwood are starting to deteriorate, even though there isn't much colour yet. 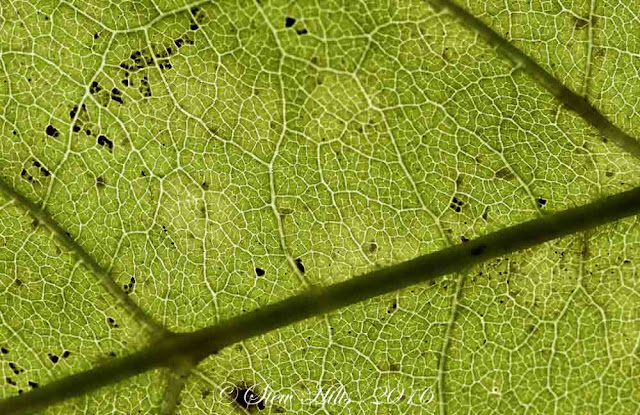 If you can get the leaf to sit still in the sunshine, I always think that an extreme close-up is very interesting with the pattern of leaf cells, each a little factory churning out oxygen. 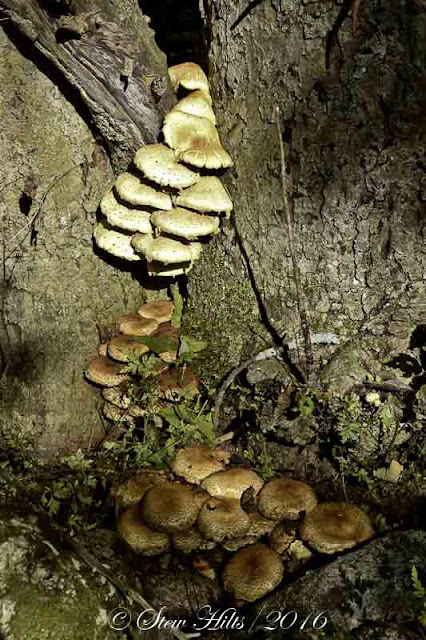 Wandering down the fencerow, I just happened to spot these clumps of fungi at the base of our old Apple tree.  I sure hope it doesn't mean the old tree is on its way out! 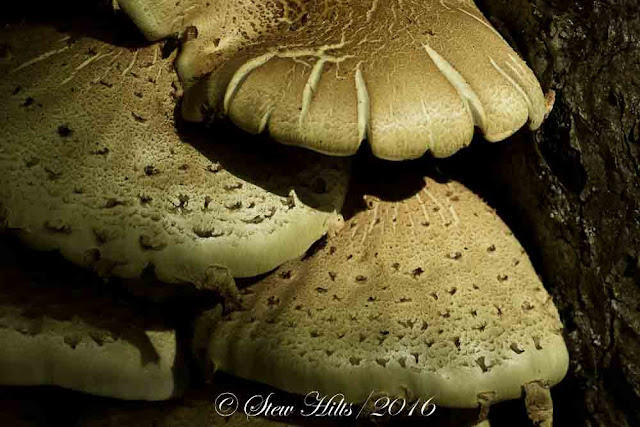 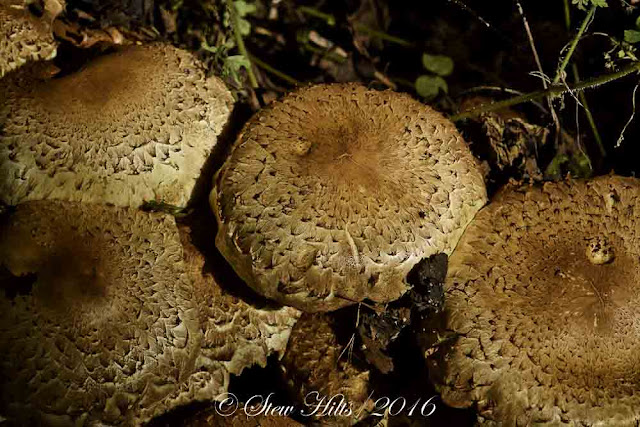 I hate destroying the mushroom to have a close look at the underside, so I left these alone.  And it's not easy to match pictures with all the varieties.  My closest guess is that these may be a version of Dryad's Saddle; if not they're very similar.

Finally figured out how the water was leaking from the waterfall I've been trying to construct.  There's still a lot of work to do, but with that figured out I'm hoping for faster progress in the coming weeks compared to the past 4 years!  And tomorrow we're off on our first little venture in the new-to-us old camping van.  We'll see how it works. 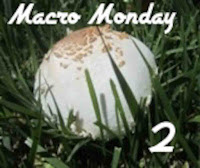