The first place I headed once we got settled in our hotel, was Parliament Hill.  It was a beautiful day, and after driving some 500 km, I needed a walk.  It was a perfect time to get some good photos.  The three buildings that make up Canada's Parliament Hill are built in a Gothic Revival style, somewhat like the British Parliament, and quite unlike the American Capitol, with its neoclassical style. 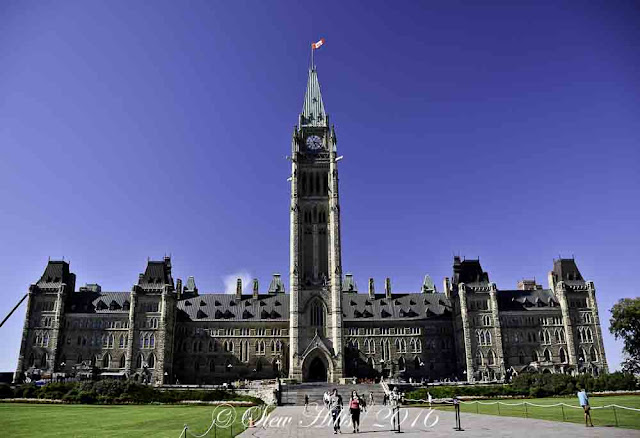 This is the iconic view I was picturing before getting here, the Centre Block, where Parliament and the Senate meet, and where (out of sight from the front) you find the Parliamentary Library, an incredible architectural treasure! 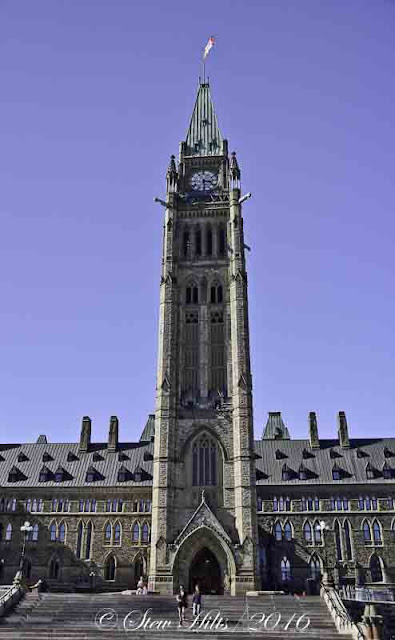 The Peace Tower marks the centre, and is perhaps themost widely known symbol of Canada after the maple leaf flag.  It contains the Memorial Room, where Books of Remembrance are displayed, listing every name of a Canadian serviceman or woman who has lost their life in war.  The big quadrangle of lawn in front is also the site of Canada's big birthday party on July 1st every year! 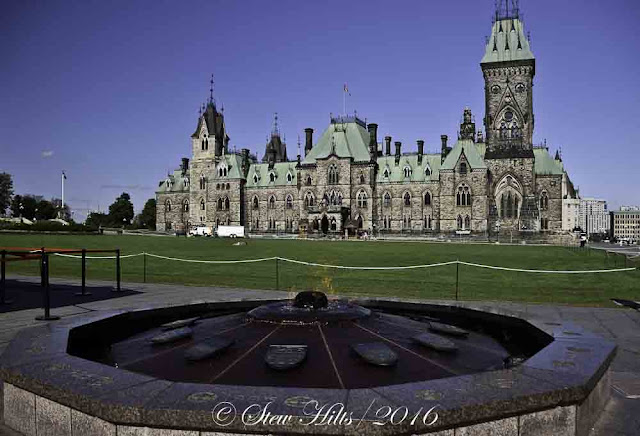 Off to the east is the East Block, like the West Block containing offices for Members of Parliament and Senators.  In the foreground is the Centennial Flame, lit by Prime Minister Lester Pearson on Jan. 1, 1967, to celebrate Canada's Centennial year. 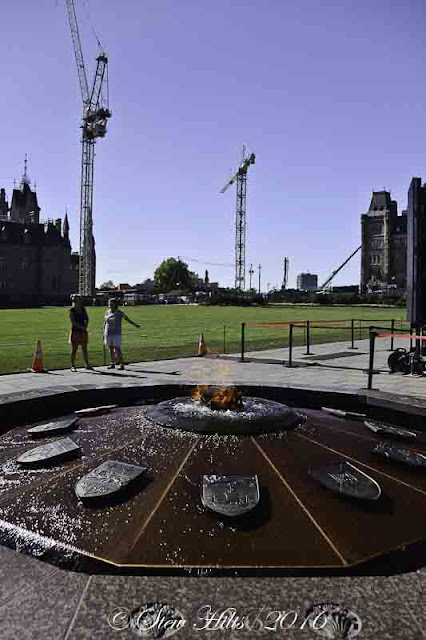 Off to the left, the West Block is being restored, partly covered in scaffolding.  In between it and the Centre Block a temporary location for Parliament is being constructed, while the Centre Block will be closed for several years for renovation and upgrading. 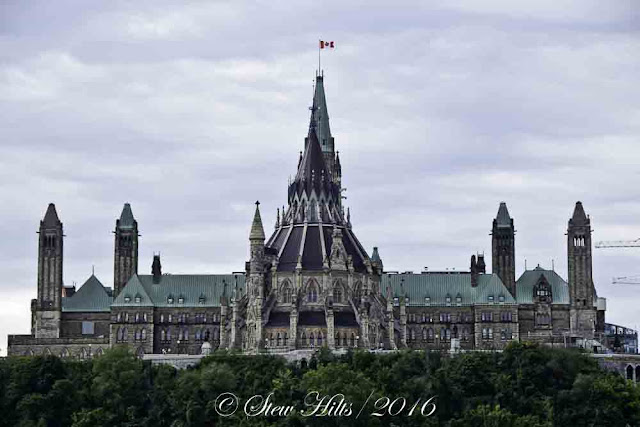 You have to visit the north shore of the Ottawa River, or take the water taxi across, to see the back of the Centre Block, but it's worth it.  The four towers at the corners can't even be seen from the front; the building is larger than you think.  And at the back is that spectacular Parliamentary Library. 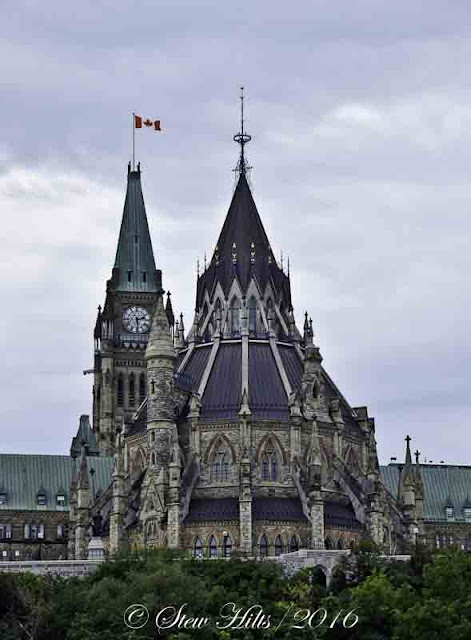 The Parliamentary Library was built in Victorian High Gothic style, and because it was the only part of the original Centre Block to survive the fire of 1916, it still exhibits the original architecture.  It's even more spectacular inside, which I'll show you in a day or two.  That's the Peace Tower in the background. 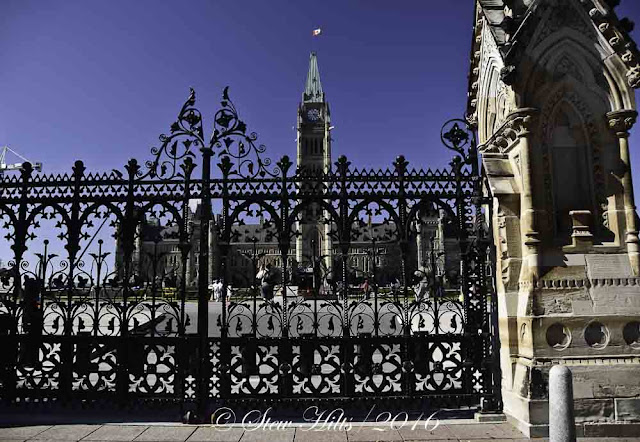 Out in front of all this are some interesting fences and gates.  These are the Queen's Gates, the main entrance to Parliament Hill. 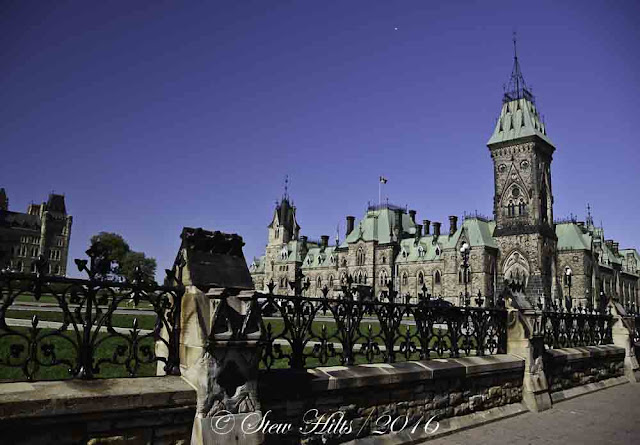 The wrought iron fence extends out to both sides.  I couldn't have asked for a better day to get some good pictures!

I also met my first other blogger, William Kendall, who attended the Fallen Firefighters Memorial.  He writes an interesting blog the Ottawa Daily Photo, which I enjoy reading.  It was great to meet you William.

With the coming posts on our visit to Ottawa I think it's time to officially acknowledge that the scope of this blog is widening well beyond the 'Seasons in the Valley' here south of Georgian Bay.  I've added a suitable sub-title to recognize that the content may sometimes have little to do with the seasons or the landscape here around the Beaver Valley, but might include bits of history, travels and other places.  Hope you'll still find my adventures worth reading!