Labour Day on the Bay

It was a perfect last day of summer here for Labour Day.  We thought briefly of all those students heading back to school, and those cottagers heading back to work.  But not for long, we were out on Georgian Bay having a beautiful paddle on very calm waters and knowing that there's no going back to work for us!. 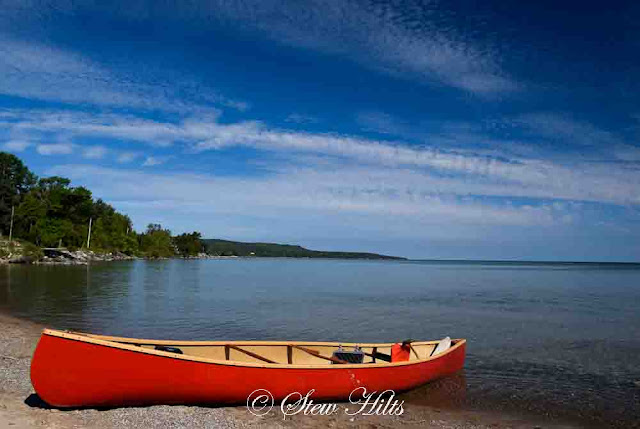 I've never paddled right out on the bay before.  With just a bit of breeze it can get rough quickly, and waves rolling in make it difficult, sometimes treacherous.  But today was the perfect day to try it, almost completely calm, and what breeze there was was an offshore wind, so no waves rolling in. 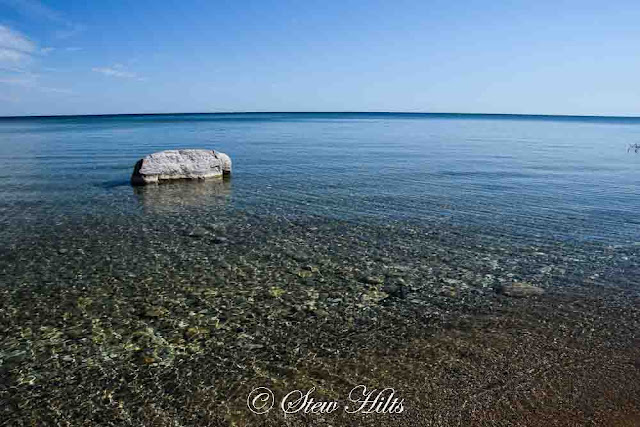 We put in at the west end of Meaford, and headed north, past quite a motley collection of cottages, from new monsters to very small old cabins.

We saw only a few birds, here some gulls and Canada Geese resting in the shallows. 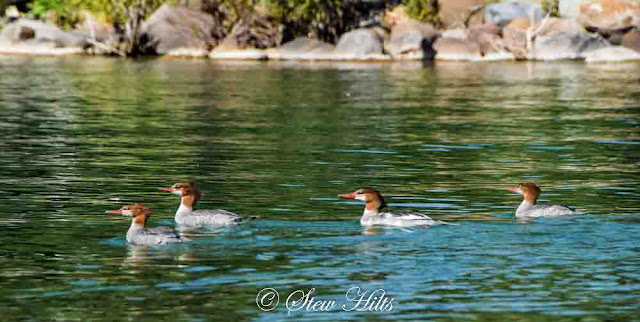 And a few Common Mergansers, all adult females, probably the remains of this year's family. 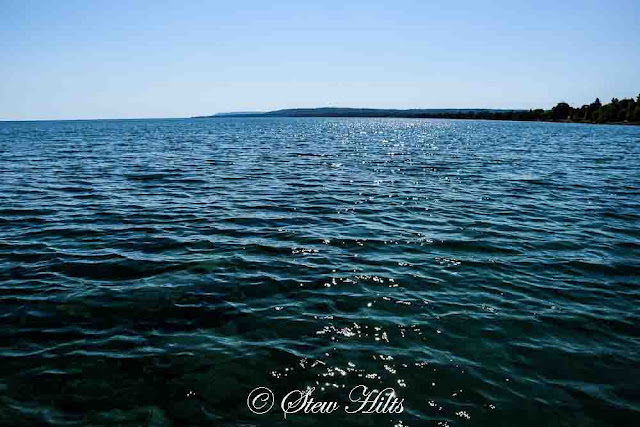 By the time we turned around after an hour and headed south about noon, a stronger breeze had come up.  We actually had to paddle a bit. 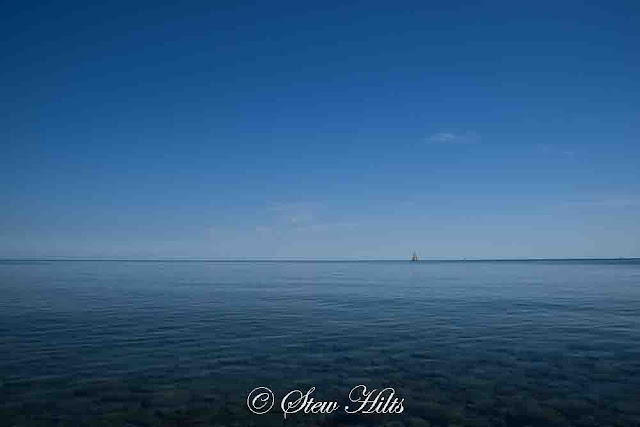 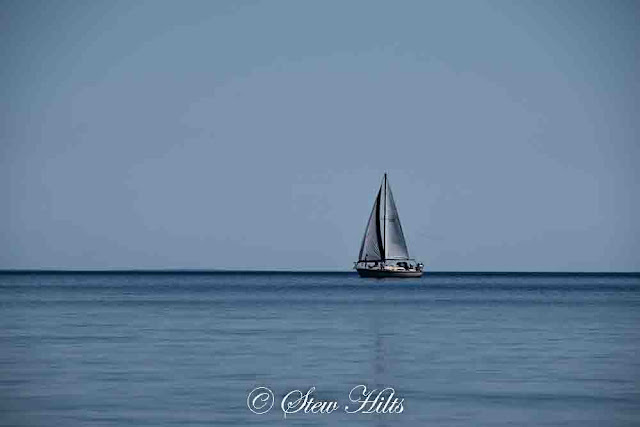 The breeze was just enough to tempt a few sailboats out from the harbour, one of which sailed our direction. Looked pretty idyllic out there today! 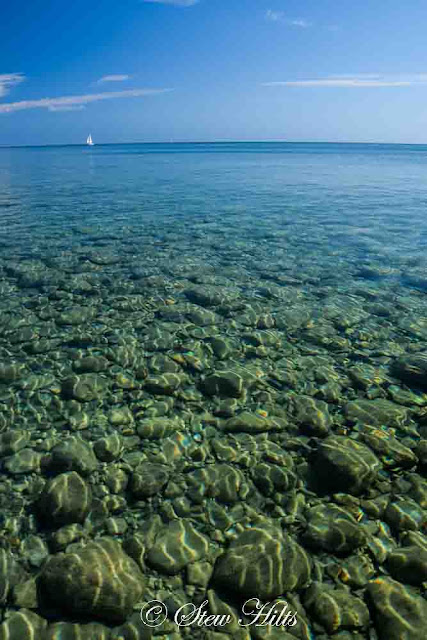 One thing we always notice around Georgian Bay is how clear the water is.  You could clearly watch the rocks on the bottom even if they were 8-10 feet down.

Did you know that Labour Day in Canada and Labor Day in the U.S. is the only national holiday that we share which happens on the same day, (first Monday in Sept.) and shares the same name and purpose, other than Christmas and Easter?

The holiday emerged out of strikes during the 1870s and 1880s when unions were first getting organized, and both countries passed legislation establishing it as a national holiday in the summer of 1894.  And we are the only countries, along with Australia and new Zealand, which don't celebrate it on May 1st, widely known as International Workers' Day.  While you're out in a boat savouring the last day of summer, or heading down the crowded expressway to get home, I'm not sure that many people remember the original purpose of the day.