We Bought an RV!

Yes, we bought an RV, part of our plan to get out west and see our daughter, her husband, and our grandchildren now that they've moved to B.C..  It's small, old and used, but low mileage and in very good condition - and we could afford it.  So this is Part II of my post a few days ago "Big Changes and New Opportunities". 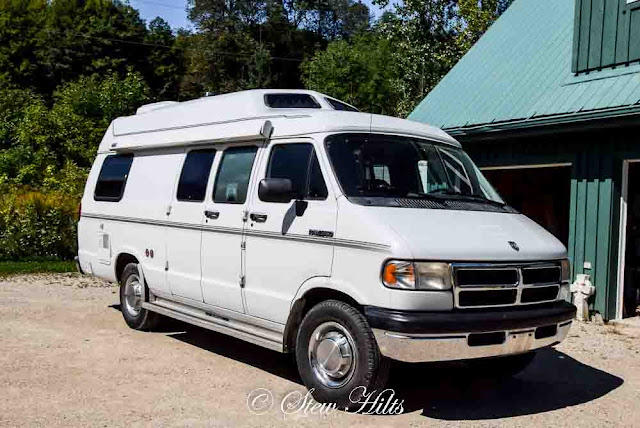 It's a Pleasureway camping van, sort of like a Roadtrek, a brand that may be better known.  But we're not simply planning to drive out to Abbotsford, B.C. and home again!  Even before they decided to move west, the next things on our retirement bucket list were plans to revisit a lot of Canadian National Parks and visit some new ones down in the U.S., mostly in the western U.S.  So we'll stop at Abbotsford one way or the other, but expect to be all up and down the west from Arizona to the Yukon. 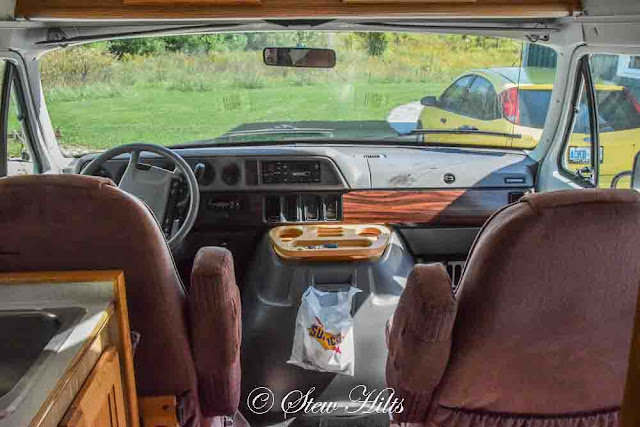 We've had a camper trailer for a few years now, but honestly, I've just never got used to towing it, especially in cramped spaces.  And we're not the type to camp in a campground for two weeks; we're travellers more than campers.  But I'm hoping this vehicle will be a lot easier to drive and get us where we want to go.  After all, if your goal is to visit National Parks (we have about 30 in mind starting with those in Utah and Arizona) what better way to do it than by camping. 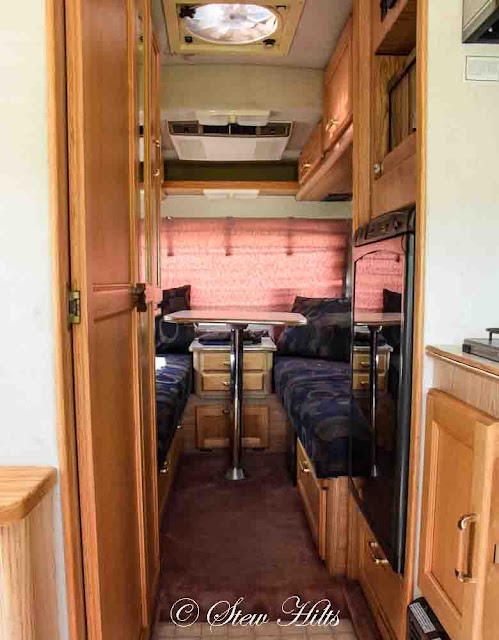 We had never really looked inside an RV this size until this summer (it's labelled a Class B), but when we did we were astonished at the space, and the fact that it actually has a small washroom as well as the kitchen.  We're not about to become full-timers in a vehicle this size, but for a month or six weeks, we think it will do fine. 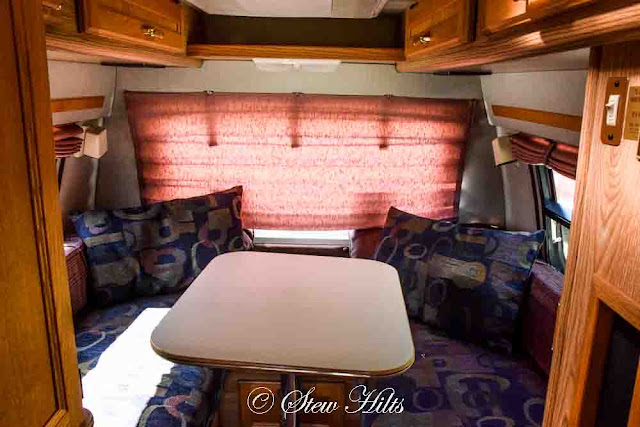 In the back of the van is a sitting nook, with the removable table.  Feels like a comfortable place to read.  By removing the table you're left with two single beds, or if you use the cushions to fill the gap, a full Queen size bed.  And there is still a tiny bit of storage. 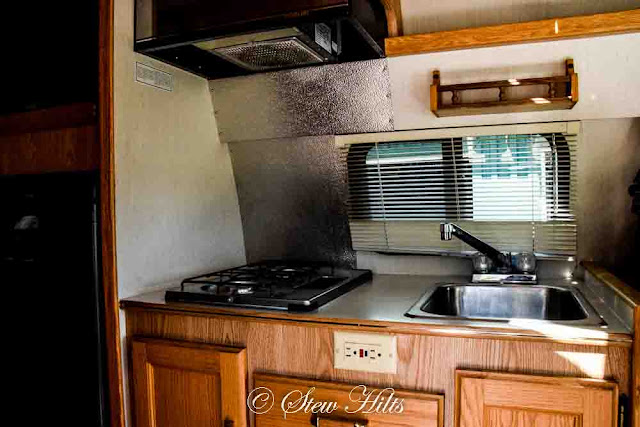 There's a tiny kitchen too, and Mrs. F.G. is already a master at preparing great meals in a tiny space like this.  We eat very simply when we travel.  We are really looking forward to this next chapter in our life, and hoping for the best.  We do have plans to use it in eastern Canada and the U.S. as well as driving out west.

I have to give credit to some of the RV bloggers who I read regularly, and who have inspired me - not to start full-time RVing,  but to get out there and see some of the amazing places North America has to offer.

Here are three of my favourites:

- Travel with the Bayfield Bunch
- Interstellar Orchard
- Wheeling It

There are several others I've found here in Ontario or elsewhere in Canada, like Our Awesome Travels, It's About Time, and Travels with Kevin and Ruth.  I mention some of these because I've found reading about those who go RVing and write about it, very inspiring.  It's not the details of what any particular couple does (they're all quite different, and Interstellar Orchard is written by a young single woman), but the fact that they do it.  I'm hopeful we can work it out in our next decade to actually follow our dreams to see more of our two beautiful countries.  I hope you'll wish us well.