The Spirit of Haida Gwaii

Besides the houses and the totem poles which dominate the Grand Hall of the National Museum of History, there is a great deal of important and unique artwork on display.  Let me share just three of the most interesting pieces. 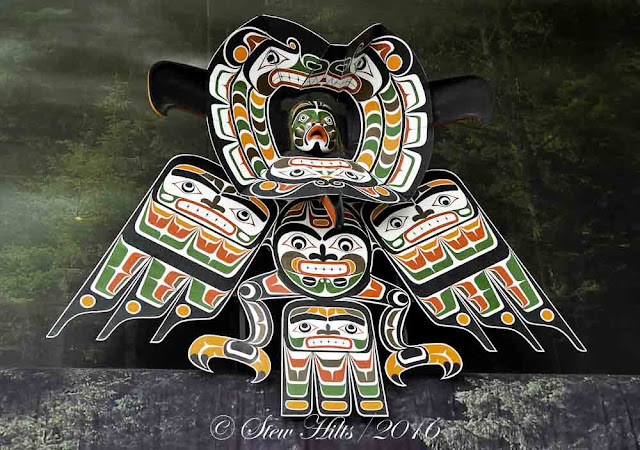 This is an enormous Transformation Mask, carved by Beau Dick, a Kwakwaka'wakw artist (people of the coast east of the northern end of Vancouver Island).  The mask shows the face of the first mythic human, nestled inside the image of a bird.  The top portion is open here; closed it shows the image of a Raven.  Smaller versions of this mask would be worn by dancers. 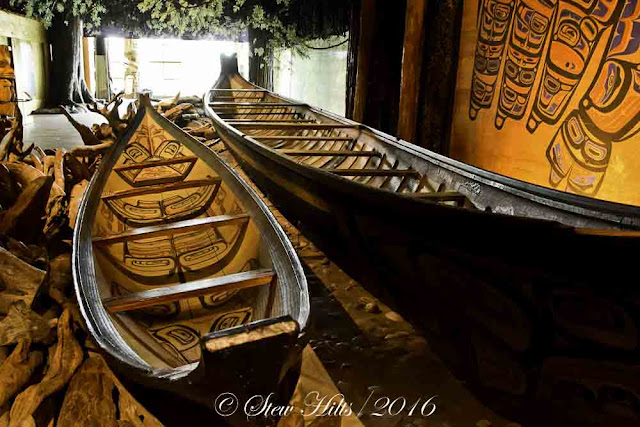 These canoes are utilitarian of course, but they are also works of art, the left one painted on the inside and the right one on the outside.  Early records describe native shoreline villages lined with canoes of all sizes, often carved out of individual trees. 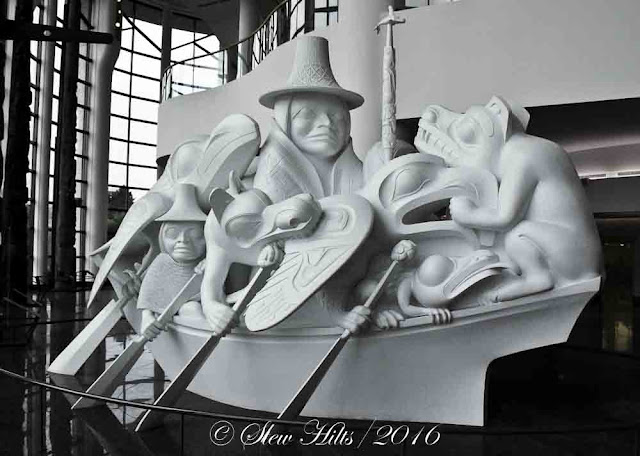 And this is the famous 'Spirit of Haida Gwaii', by Bill Reid.  Reid is widely recognized as probably the greatest native carver of the 20th century, who led the way in reviving native west coast art.   Awarded at least 6 Honourary Degrees, he is one of Canada's greatest artists.  This is the original white plaster cast of the sculpture; a black bronze casting is in the Canadian Embassy in Washington, and a green (jade) version is in Vancouver International Airport, known respectively as The Black Canoe and the Jade Canoe. 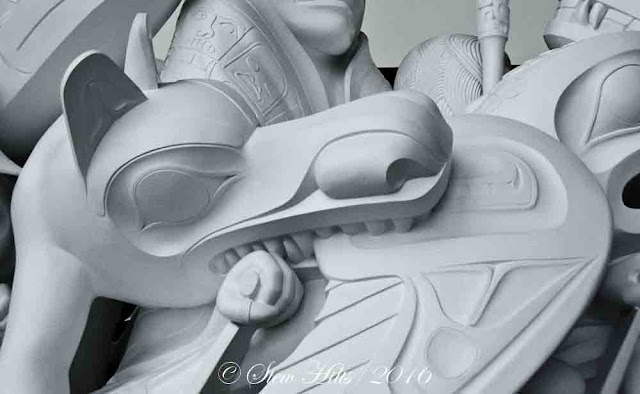 The 13 figures in the dugout canoe represent the aboriginal and environmental heritage of Haid Gwaii (formerly the Queen Charlotte Islands).   This is Wolf, sinking his teeth into a wing of the Eagle.  In the picture above on the front of the canoe, facing backwards, is Grizzly Bear; behind the Haida Shaman you can see the beak and large eye of Raven. 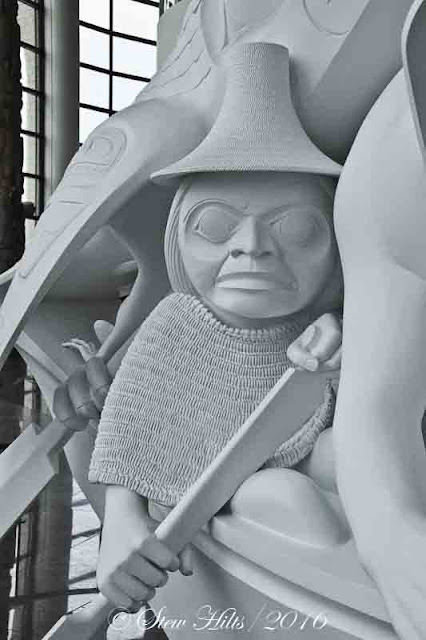 This is a smaller, 'normal' size human, dressed in traditional Haida garb, helping paddle the canoe. 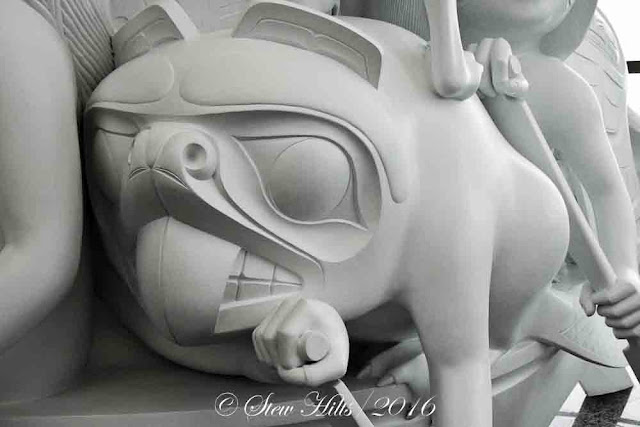 And on the far side is Frog. 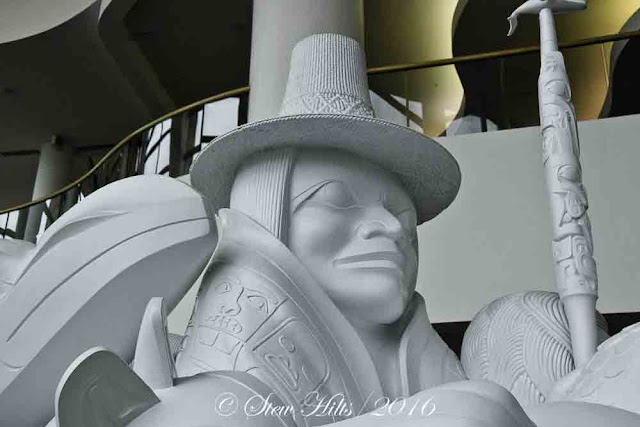 While looming over them all is the Haida Shaman, wearing a traditional cloak and a woven spruce root hat, holding a carved staff.  Bill Reid is the greatest carver of Haida art, and this is widely seen as his pre-eminent piece of work.  I wish I could write about Haida Gwaii the place (we were there for several days 10 years ago), and about the history and culture, but for now this sculpture will have to symbolize it.  But it's on our list of potential adventures! 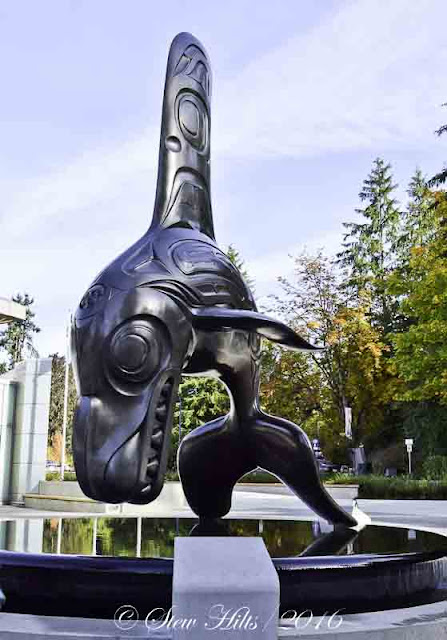 This is Bill Reid's other best known work of art, the 'Chief of the Undersea World', a breaching Orca.  We saw it when we visited the Vancouver Aquarium with our daughter and her family last year, when we went to B.C. for William's memorial services.
Posted by The Furry Gnome at 8:41 PM