There's a brief pause in the farming year just now, as farmers catch their breath after the grain harvest.  Some are still getting the bales of straw off the fields.  But there's forage being cut, and the soybeans are looking very yellow.  The corn is growing, if slowly, but will wait quite a while yet. 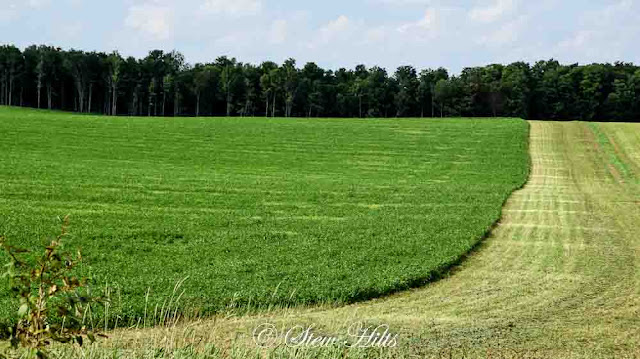 This is a field of forage they're just starting to cut, probably alfalfa or clover mostly.  It's like a second cut of hay; the late spring cut is mostly grass, but the second cut in early fall is the underlying legume, usually stored as silage rather than in bales. 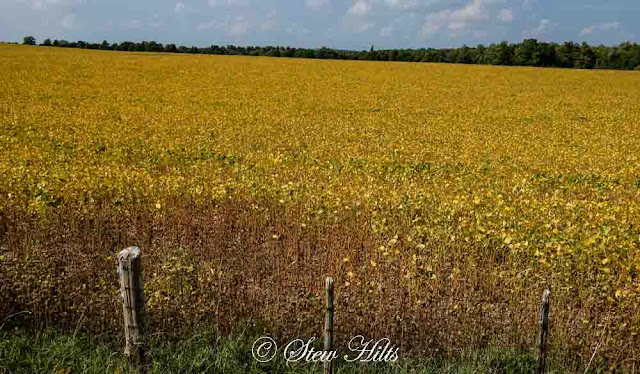 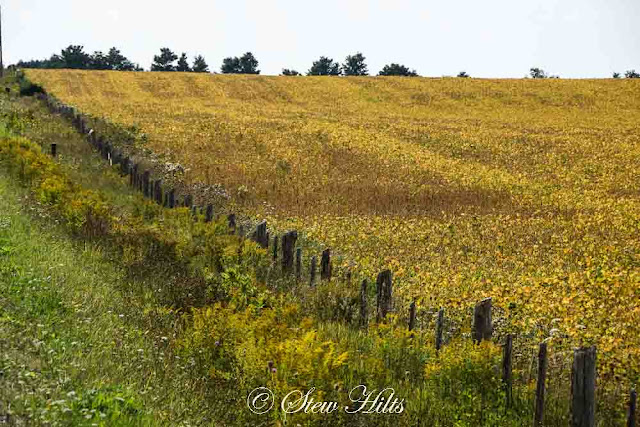 The soybeans are looking very yellow, and I wouldn't be surprised to see them start harvesting soon.  This is an oilseed crop that is widely used in animal feed. 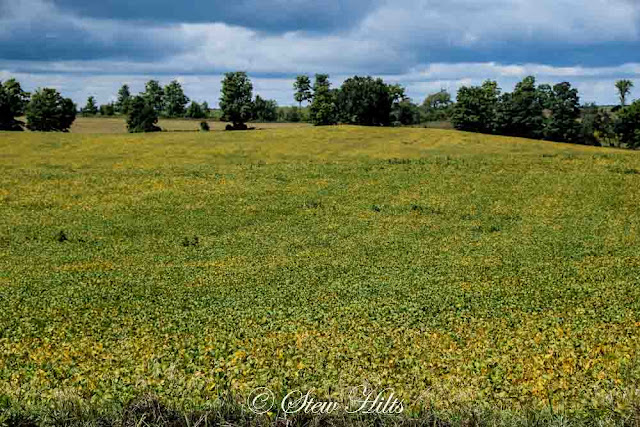 Just a week ago there was a lot more green in the soybean fields. 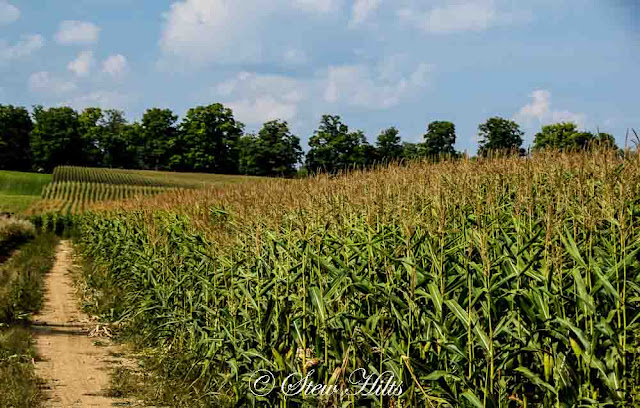 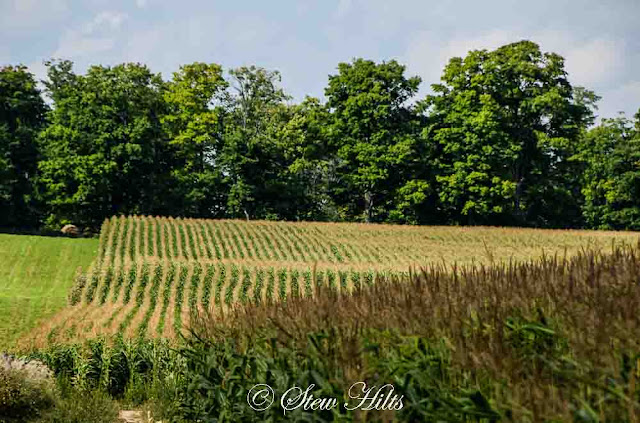 And the corn crop just keeps on growing, though I'm sure with our very dry summer it hasn't grown as fast or as tall as usual. 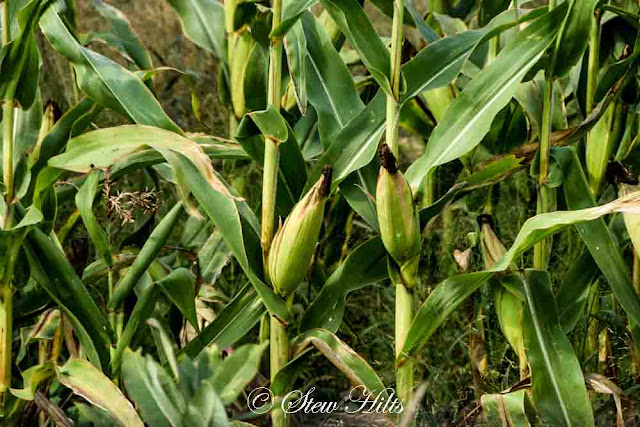 The corn cobs will be smaller, as will the soybean yield.  Not a disaster, but certainly a lower yield than normal this year.

We got up the Bruce Peninsula to bring home our camper trailer today, which we are now going to sell in favour of our new little camper van.  A clean-up and clean-out job needed before we sell it.  On the way we chatted about where we'll go for our first trips - probably a first shake-down cruise to get used to all the systems not too far away, later in September.  I did get the new van registered and got the license plates on, so we can actually take it for a drive.  But tomorrow we are heading to Ottawa for the National Fallen Firefighters Memorial service.  We were heartbroken to hear that 12 families are being recognized for lost firefighters in 2015.  I bid you adieu until next Tuesday.
Posted by The Furry Gnome at 8:07 PM