My last post from Ottawa is a group of somewhat blurry pictures of the Northern Lights lightshow on Parliament Hill.  Shown nightly once it gets dark for two months over the summer, this is a bilingual sound and light show that tells the story of Canada's history in images projected against the Centre Block.  Sorry my pictures are less than great, but here it is. 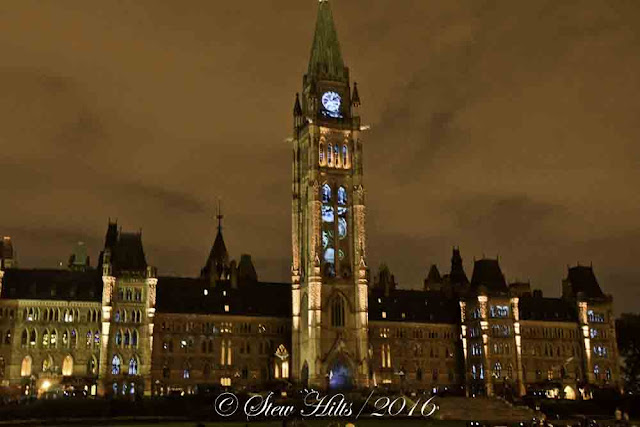 We weren't sure what to expect, and I thought it had something to do with the 'northern lights', but I was wrong. 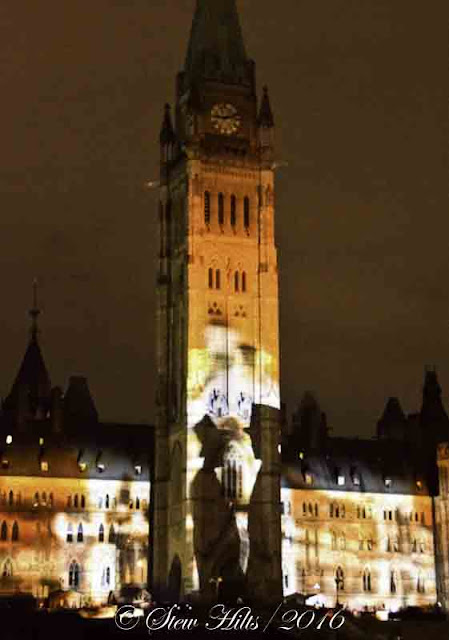 It used colours, photos, and silhouettes to tell the historical story, as well as a lively soundtrack which I can't reproduce here.. 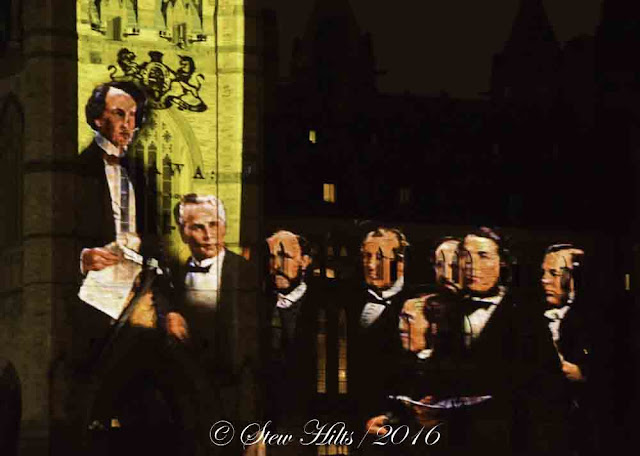 Sometimes there were actual recognizable characters; that's Sir John A MacDonald on the left, our first Prime Minister. 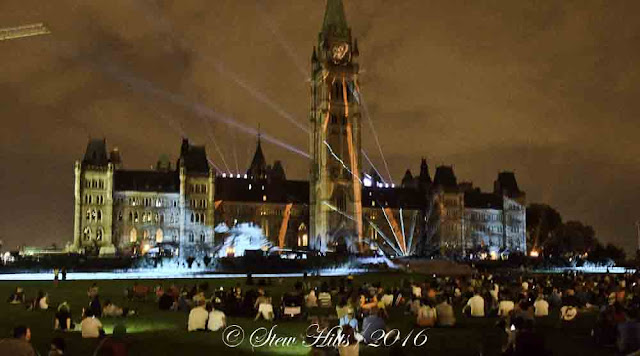 Other times it was lively music and streaking strobe lights.  Quite a crowd had gathered on the lawn out front to watch the show. 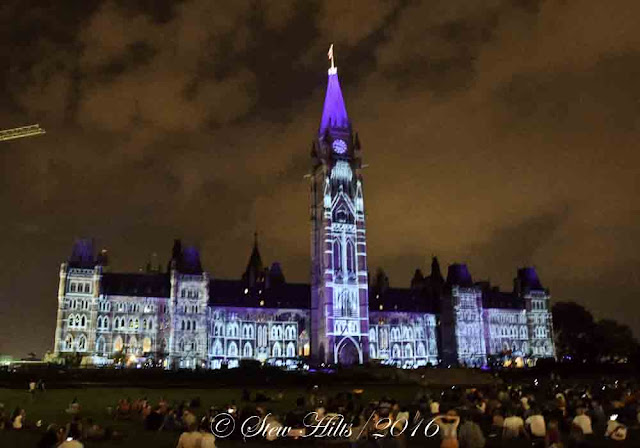 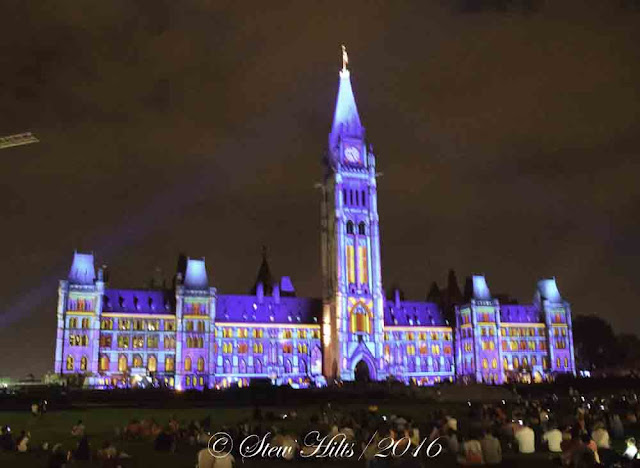 I didn't have a tripod, so was shooting at a very hight ISO; it still wasn't really enough to avoid some blurring.  But it was certainly an interesting half hour 'on the Hill'.

Wonderful cool sunny weather continues here; if my computer were as co-operative as the recent weather has been, I'd be happy!  Still using the old laptop with its microscopic print!