I enjoyed a different adventure the other day, visiting Thornbury harbour.  Mrs. F.G. had an appointment in Thornbury and she suggested she could take me along but drop me off down at the harbour.  I enjoyed an hour's look around and I did behave myself! 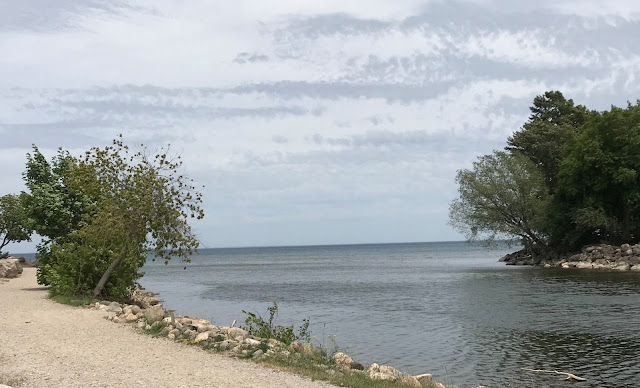 I always enjoy the view out into the bay when we arrive down in the harbour.  It was a dull grey day so there wasn't much colour, but that's what you get. 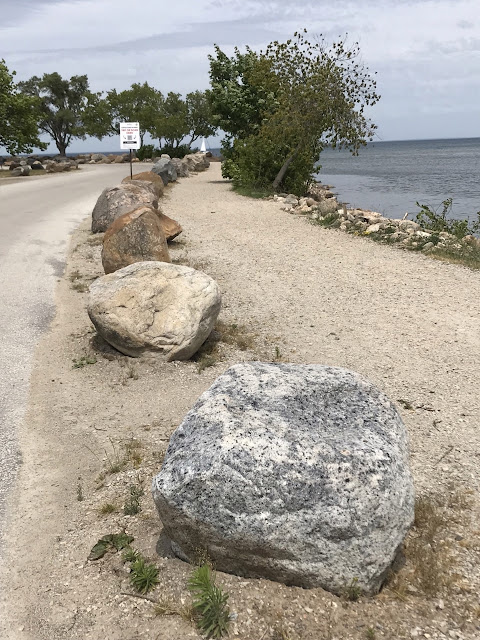 There's a good line of boulders separating the path from the road, but I stayed on the road, with my flag and my fluorescent orange hat I'm not much worried about not being seen and traffic's very light down here anyway. 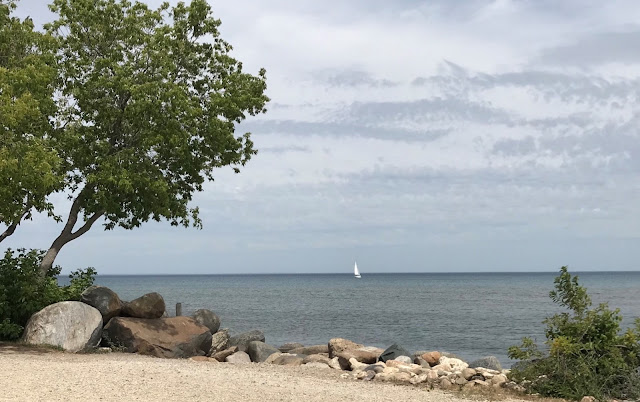 By the time I'd got down to the corner a sailboat had appeared racing across the bay.  It was a brisk offshore wind so it was really racing! 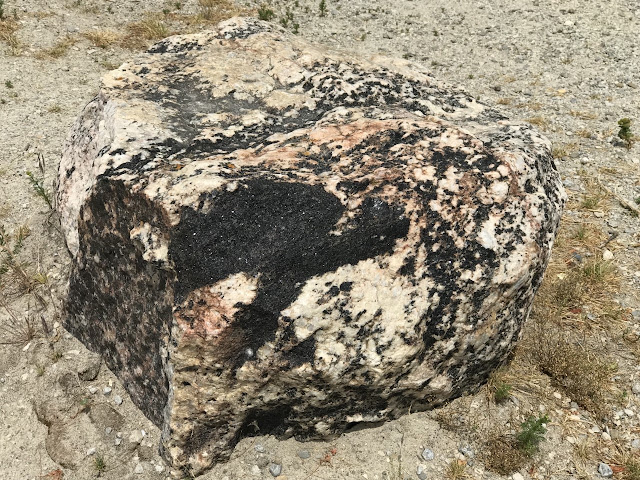 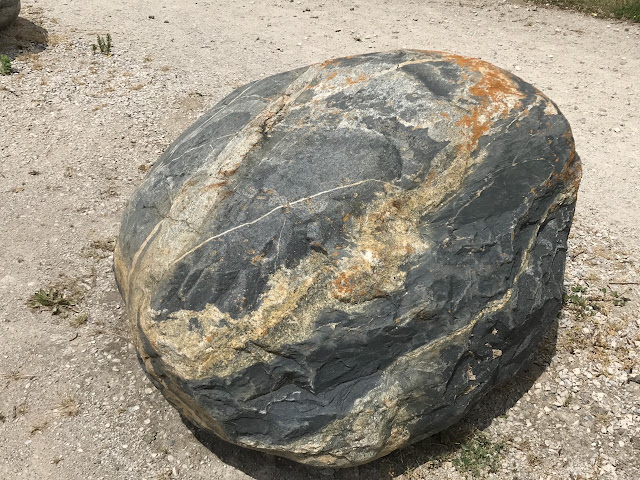 Some of the big boulders were quite fascinating, at least to me. 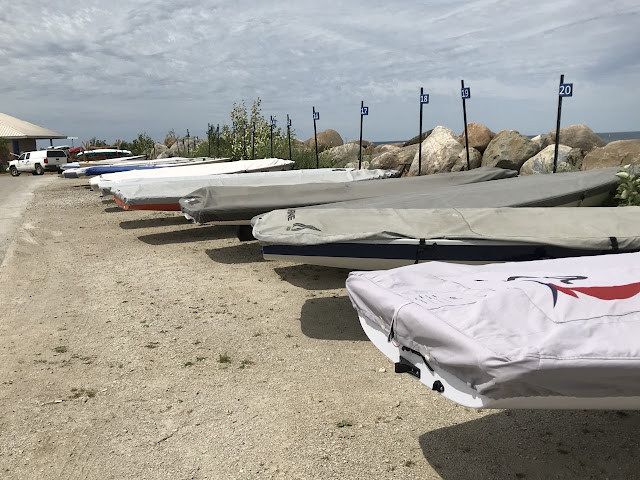 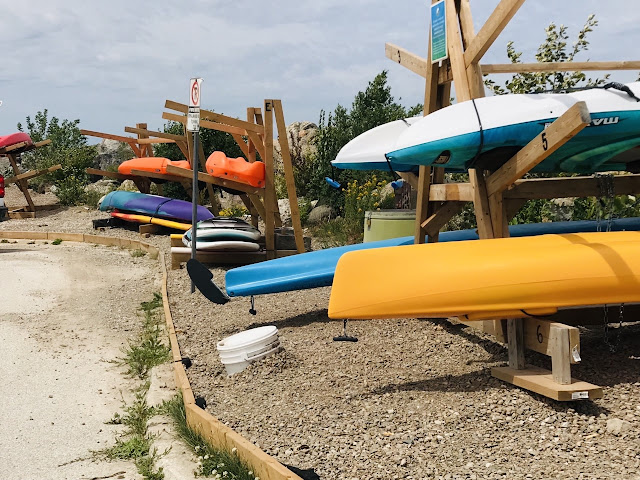 At the end of the path they had quite a few spaces for small private sailboats and for kayaks, something new this year. 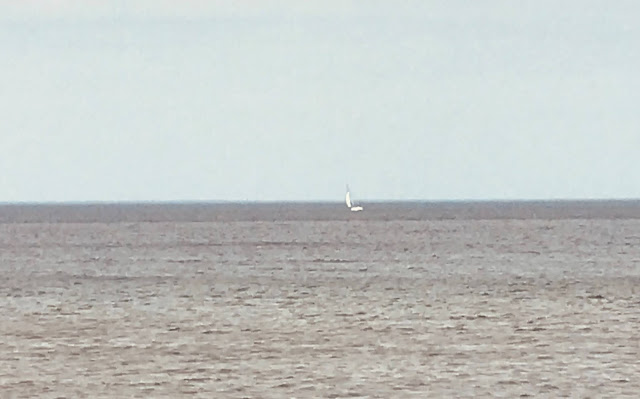 By the time I had turned around to head back the sailboat had turned too, racing back toward me.

I could only see one other boat out on the bay, with a long horizon of land across Nottawasaga 'bay in the distance.  Nottawasaga Bay is the large wide bay at the bottom of Georgian Bay.