What can I possibly write about the residential school system that hasn't been written?

After the recently announced discovery that as many as 215 unmarked graves exist on the grounds of the Kamloops Residential School, the Canadian public seems to have suddenly become aware of the full extent of this horror.  Article after article has recently appeared, often reporting the story of a residential school survivor. 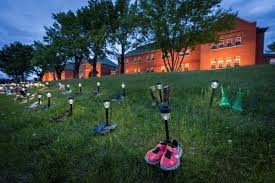 Informal memorial outside Kamloops Residential School.  After 215 pair of shoes were left on the steps of the B.C. Legislature, they have become a symbol for the 215 dead children.  Only a few days after the discovery the Canadian Parliament declared 'Orange Shirt Day' to be a national statutory holiday, officially to be known as the National Day for Truth and Reconciliation.

I've told the story of Orange Shirt Day before.  It arises out of Phyllis Webstad's experience as a 6 year-old in Williams Lake B.C. where she was stripped of the special orange shirt her grandmother had bought her for the first day of school.  You will now see lots of orange shirts on Sept. 30th.

Residential schools were set up in the 1880s to 'civilize' native children by taking them away from their families (by force if necessary) and educating them in the ways of Canadian society.  While at the school they were not allowed to use their native language, even among themselves; they could be physically beaten for disobeying. 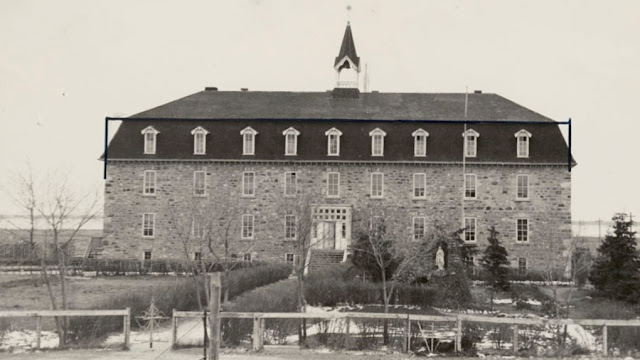 Two young staff who worked at a school in B.C. years ago recently described it as 'dehumanizing' (they were fired after 4 months for complaining).   Students arriving at a school were stripped, had their hair cut and were showered to remove lice.  They were given standard institutional clothing to wear and slept in open dormitories where they were not allowed to have personal possessions.

The misguided idea was to indoctrinate children into Canadian and Christian ways and assimilate them while destroying their links to the native ancestry.  It has been described as 'killing the Indian in the child'.  It was directed in part at teaching skills that would enable them to be more independent as adults.

Hidden behind the horror stories you need to recognize that most children did survive the school system, but the trauma has reverberated through all the generations since.  Just being forcibly removed from their family started the trauma.  One survivor recently described being 'lassoed and roped ' to be taken away; I have posted before about child-sized handcuffs used when necessary. 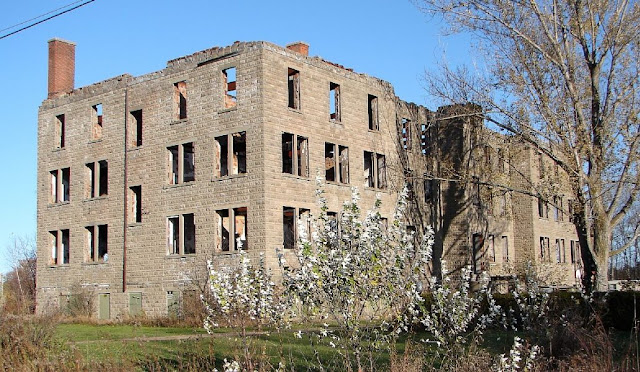 Abuse was common as physical punishment was meeted out frequently.  Sexual abuse was widespread; presumably older girls suffered the most.  But virtually every student must have suffered emotional abuse.  Just being forcefully removed from families would be enough by itself to terrorize young children.

Several early reports highlighted the terrible living conditions - malnutrition was common; food was described as 'mush, mush, and mush' and students were more vulnerable to disease as a result.  Many deaths occurred from tuberculosis and during the Spanish flu epidemic of 1918-19.  Over 6000 deaths may have occurred at the schools, but records were not kept (or are still being hidden), parents were not notified and children were buried in unmarked graves, as in Kamloops.

Several experts pointed out what should be done, but it was considered too expensive and too much trouble to provide healthy living conditions, sufficient clothing, good food and enough rest to prevent students from getting sick in the first place. 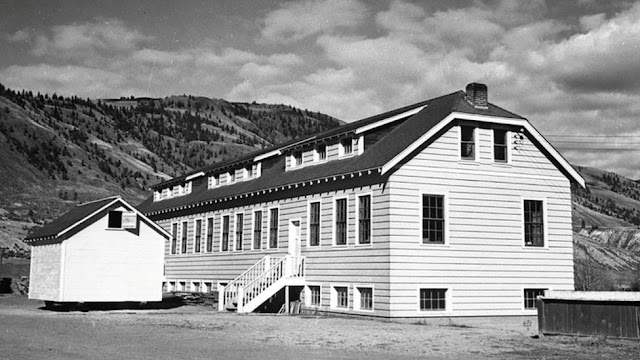 An Unknown School in B.C.

These schools have led to inter-generational trauma which is probably the worst impact.  Children removed from a loving family and community grow up not knowing how to be loving parents themselves.  Students subject to abuse abuse their own children, never having known anything else.  And this is compounded when several generations of children went to the schools.

Students end up in between two cultures as adults, but unable to be a member of either.  Alienated from their own world they also don't fit in the white world.  Their education consisted of little more than learning manual farm labour and prayer, not enough to succeed in a modern world.  By the 1940s it was apparent that this system was failing.  The federal government took over the schools in 1969 ending church involvement.  The last school closed in 1996.

By the 1990s parents and students alike were protesting the injustices of their experience loudly, leading to the largest class action settlement in Canadian history, a multi-billion fund for payments to survivors, with extra payments for survivors of abuse.  A formal government apology was issued in 2008.  Two of the 130+/- schools were named National Historic Sites.

One recommendation of this settlement was establishment of the Truth and Reconciliation Commission, launched in 2007.  It reported in 2015, giving a list of 94 'calls to action'.  These provide a framework for moving forward. 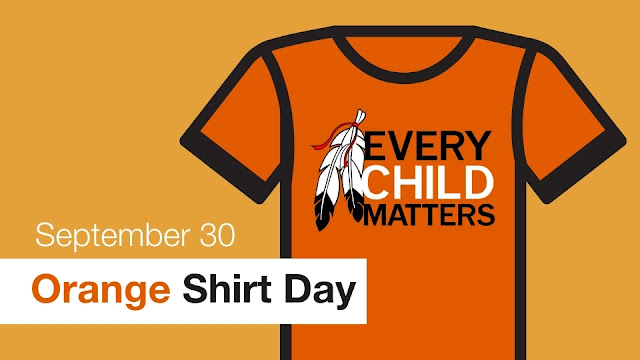 Orange Shirt Day provides a tiny glimmer of hope in this otherwise tragic picture, a hope that reconciliation can occur and Indigenous people can regain their rightful place in the land we share.  A fitting lead-in to National Indigenous Peoples Day tomorrow on the summer solstice.