Well here we are again, continuing my exploration in Thornbury, the next little town, with a reputation for being rather posh, to the east of us.  Up on the old railway bridge I got nice views upstream and down, watching for any more fishermen. 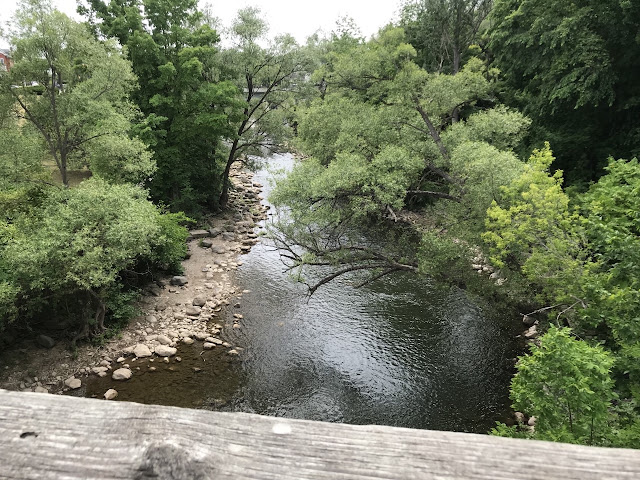 The view upstream is surprisingly forested, with the mill dam just out of sight.  There's a fish ladder there which is popular in the early fall, both with the fish and the spectators. 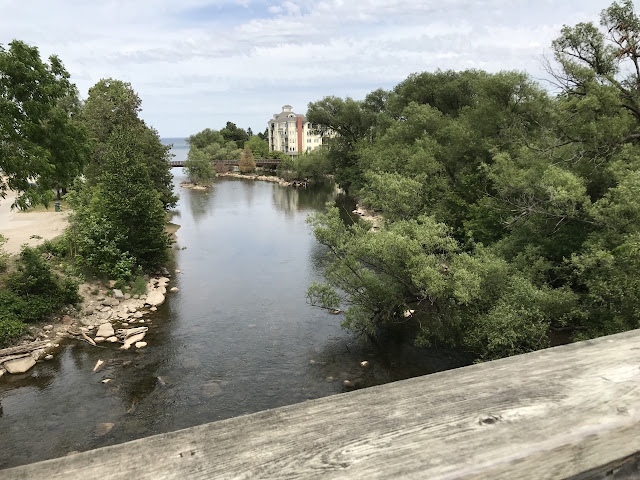 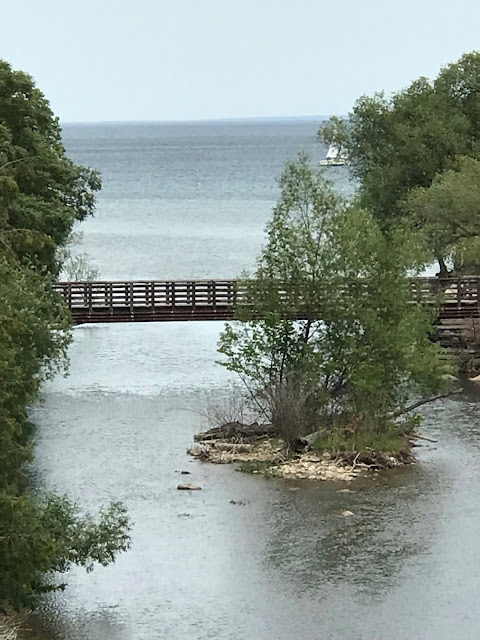 Looking downstream you can see the apartment building as well as the footbridge.  And you can see that I just missed the perfect picture with the sailboat in the middle of the view! 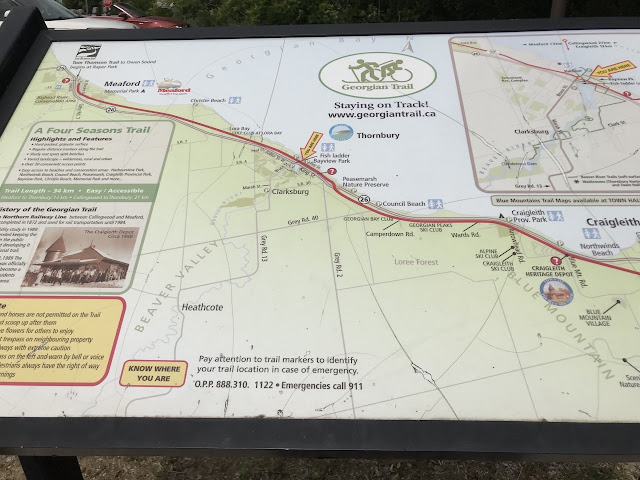 Where I entered the bridge there was a helpful sign showing the Georgian Trail from Craigleith on the right to Meaford in the upper left.  We are right in the middle where the big 'You are here' arrow points.  It would be a long ride in my chair, but not too bad on a bike (with a stop for coffee here). 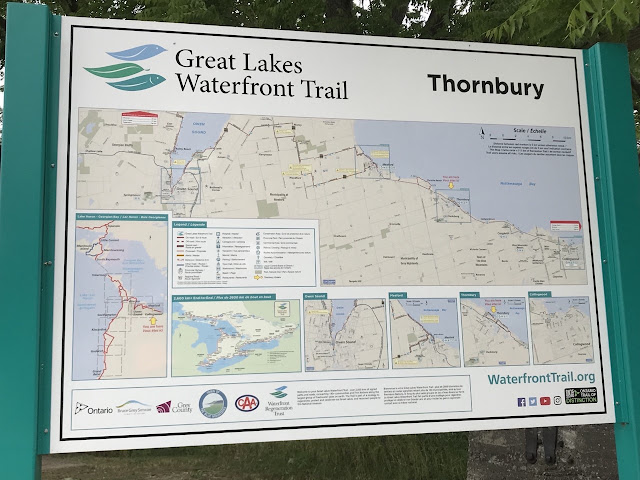 There's another big sign which left me wondering.  The Great Lakes Waterfront Trail seems to me like a government PR exercise.  It's not a trail in its own right at all, it's just a designation of selected existing roads and trails like this one to create a route along the Canadian side of the St. Lawrence and the four lakes that border Ontario.  My cynical mind says it's easier to do this and say we've 'created' this wonderful trail than to seriously tackle the water quality issues of the lakes - like a big PR exercise. 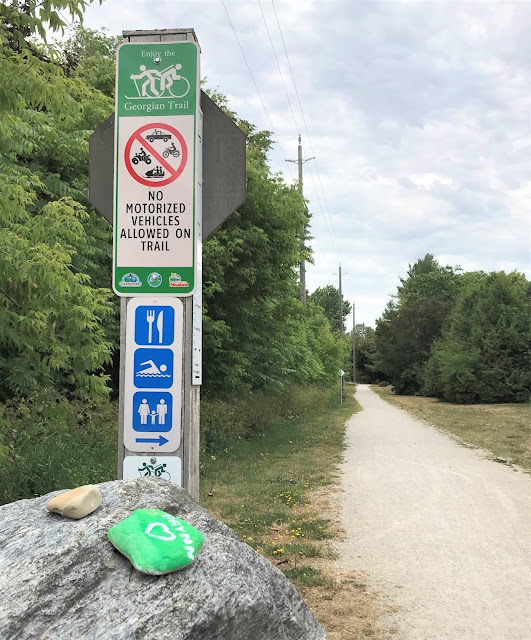 At any rate I road west for a block to see what it was like. 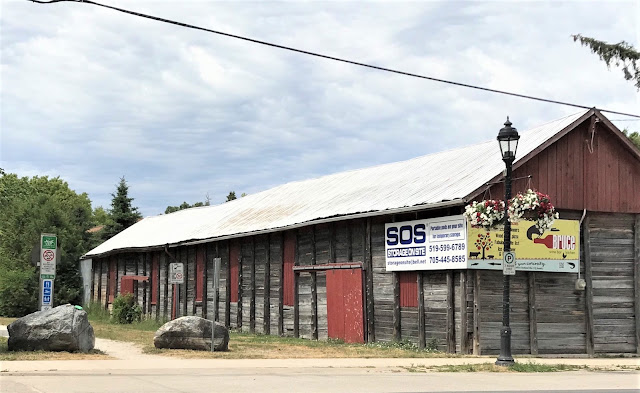 On this side of the road there's an old freight shed still standing. 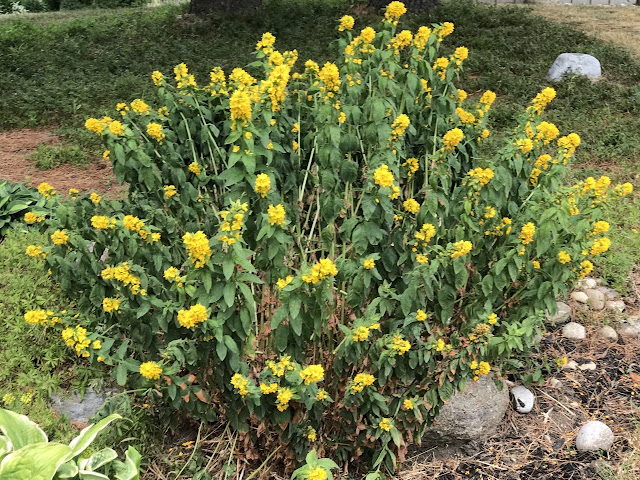 After that you're riding between backyards on either side, where this pretty but unknown to me flower was blooming. 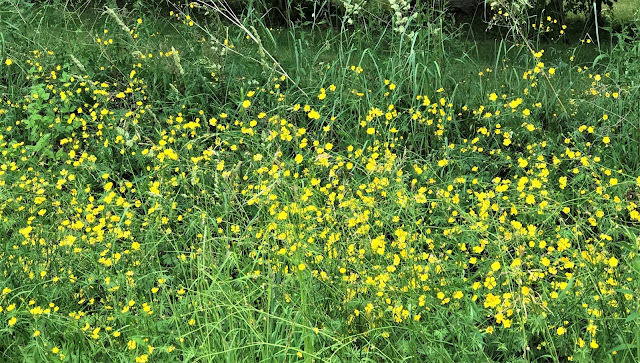 I did recognize the forest of Buttercups blooming in the ditch. 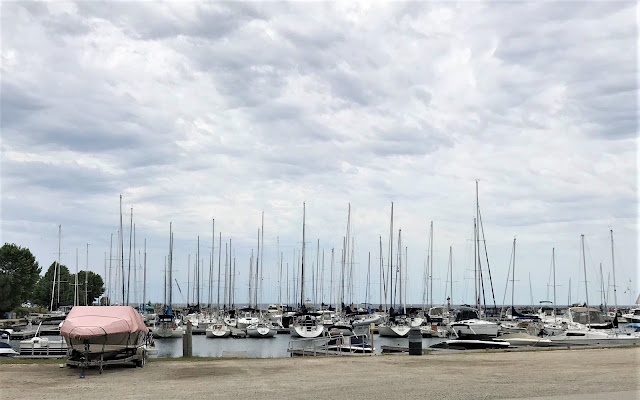 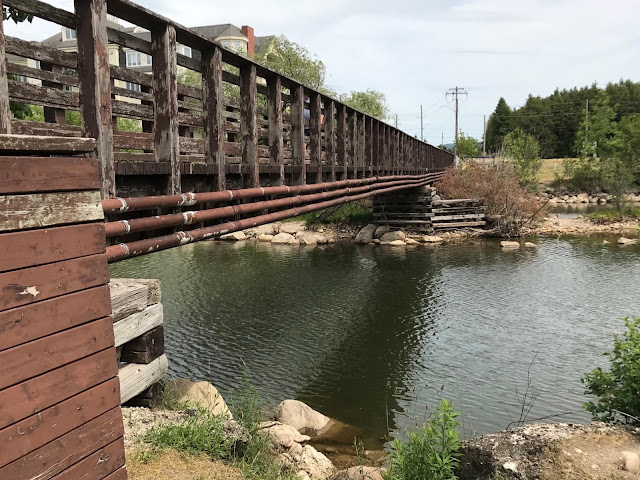 After that it was back down into the harbour past a forest of sailboat masts to a spot near the footbridge where I could wait in the shade for Mrs. F.G.  She was actually there before me, so I hopped right in.  However she declined my offer to stop at Tim's on the way out of town.
After that rather hot day we've had rain, heavy at times, and a tornado just 20 miles away over the past three days.  but we totally missed the emergency alert for the tornado because of the piercing noise that announces it.  I just immediately turned it off to get rid of the noise and never did read the message!  We only learned about it from our caregiver three hours later.