Residential Schools in the News - Finally!

Residential Schools for Indigenous children are finally in the news in a serious way.  Of course we've heard about it before, but today it's all over CBC.  I've read at least 6 stories documenting the reaction and hopefully the public will pay attention!  Yesterday my sister posted this on Facebook, listing figures from 6 residential schools so far.  1323! 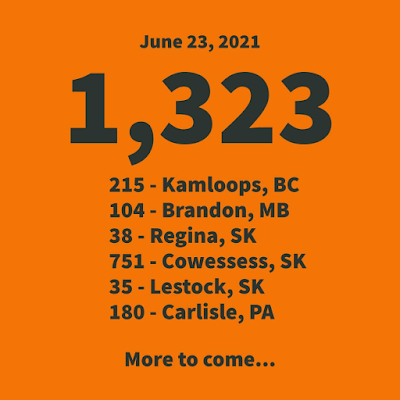 I've been amazed that there's been little public outcry over the 6000+ deaths recorded by the Truth and Reconciliation Commission, and reports of enormously high death rates at the schools, but that information contained in an official report doesn't phase us.  Unmarked graves not previously known, not recorded and where parents weren't informed are the tragedy that hits us.  Photographs from the actual school sites bring it home (the Kamloops school is one of few still standing).

And with the testimony of survivors we begin to see these children as real people.  When you hear reports of people rocked by the trauma all over again, most of these aren't just stories from the past, they're survivors whose friends may have 'disappeared' while they were at school, leaving them wondering every since.  The children in these graves are calling from the past. 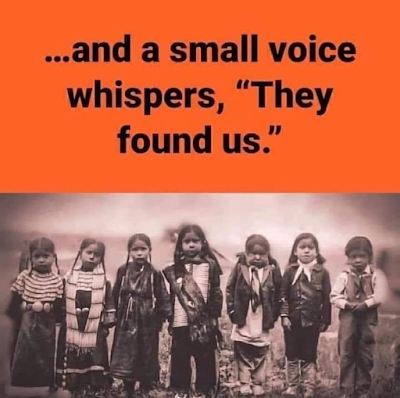 The catholic church has come under particular fire not only for the deaths and refusal to release records, but from survivors for their blatant teaching that native spirituality was wrong, that they were all heathens and would be going to hell.  Survivors tell stories of beatings being routine for trivial offences, and the nuns 'being so mean'.  I can just picture these children cowering in fear.
In Saskatoon the doors of the cathedral were daubed in red paint.  It was quickly removed of course, but I'm surprised there hasn't been more vandalism.  I've heard stories of Indigenous people trying to reconnect with their land and culture and never quite understood the depth of their feelings.  But of course once you realize that they had it drummed out of them they were lost in a world they didn't understand, then it makes perfect sense for them to try to reconnect and to find that effort healing. 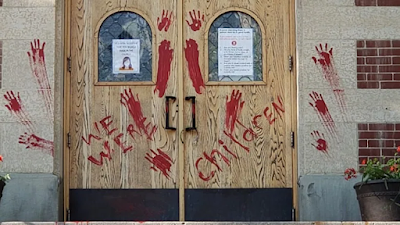 One of the tougher comments I read was this one.  We in Canada need to recognize that cultural genocide was real here too.  'Schools do not ,,, need graveyards' - can you believe it? 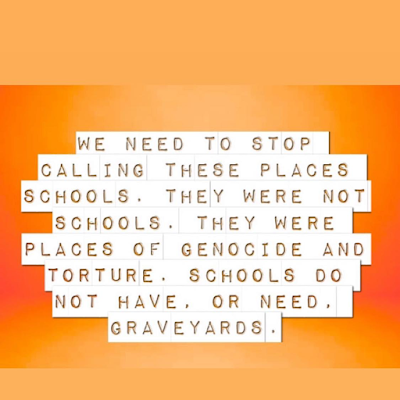 One of the many articles in CBC highlighted the work of Dr. Peter Bryce, a public health physician hired to study these institutions in 1904.  He reported on appalling health conditions and the rapid spread of tuberculosis leading to very high death rates in the schools.  He described it as 'genocidal practices in the government-sanctioned residential schools'.
But when Duncan Campbell Scott (the famous poet) was hired as Deputy Director in 1913, Bryce was told his work was no longer required, 'as the department did not intend to act on it anyway'.  Bryce was hounded into an early retirement and his message fell upon deaf ears. 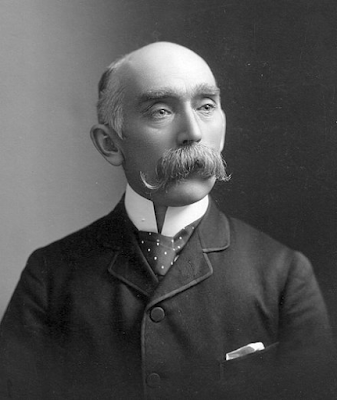 I have just seen a new article pop up on CBC indicating that the catholic order which ran the Kamloops and Marieval schools will release all records, though it may be a slow process because of privacy laws.  The Missionary of Oblates of Mary Immaculate order, ran 48 schools, mostly in B.C. and Saskatchewan and will release all records for those schools, another small step in the story.
So goes the news in this ongoing Canadian tragedy, a story that is far from over and will change our view of Indigenous people for years to come, hopefully permanently.
If you'd like a bright spark in this otherwise horrible news, the University of Guelph where I spent most of my career has announced the creation of a new Bachelor of Indigenous Environmental Science and Practice (BIESP) to start this fall.  Designed after a request from the Chippewas of Nawash Unceded First Nation (located on Cape Croker just north of here) it will be based in the School of Environmental Science where I was Chair for several years.  As the person who started the Environmental Science program many years ago at Guelph, I'm particularly pleased.
Thanks to Facebook for most of today's images.