After riding out to the end of the road by the small Harbour Master's office, I turned around and headed back, planning to go right up out of the harbour to ride across the old railway bridge, now part of the Georgian Trail. 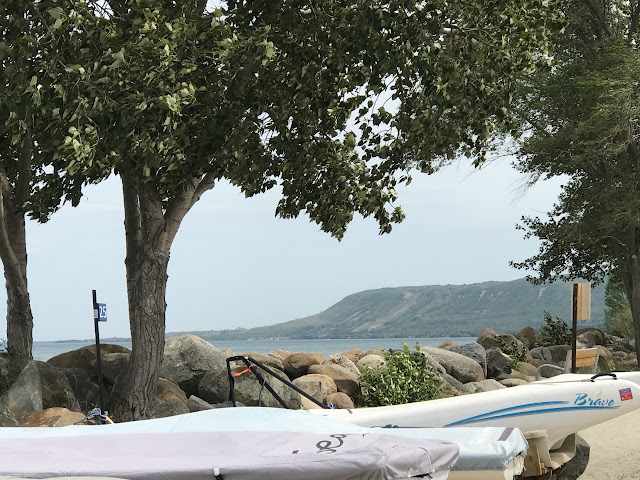 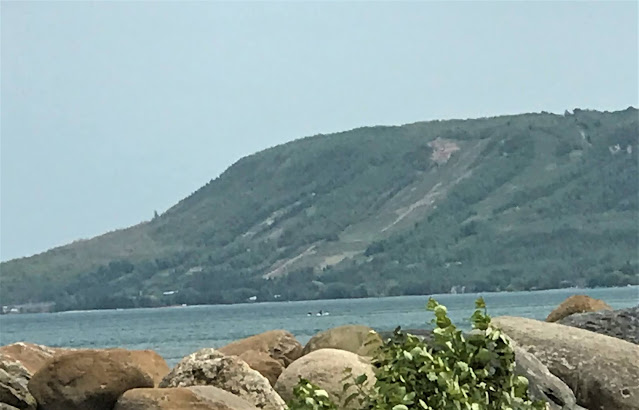 I turned around to see the Blue Mountain across the bay.  If you look closely you can see the open runs of Georgian Peaks Ski Club.  the Bruce Trail skirts the top of these ski runs where you get a great view. 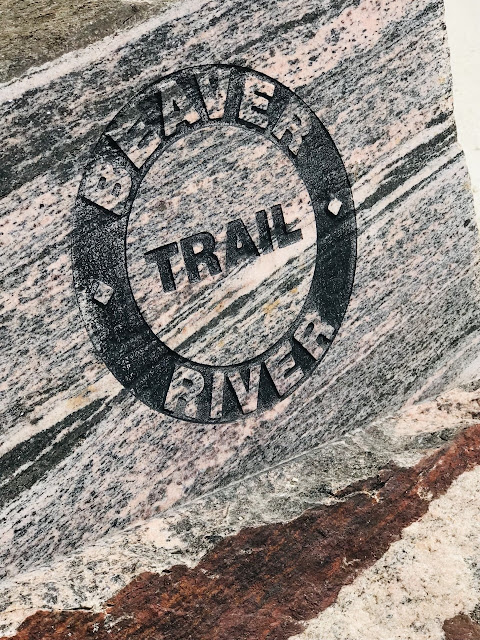 I saw this fancy sign for the Beaver River Trail again, but this time I looked it up to see where it went.
It's in the towns of Thornbury and Clarksburg, from the harbour down to Clendenan Dam. 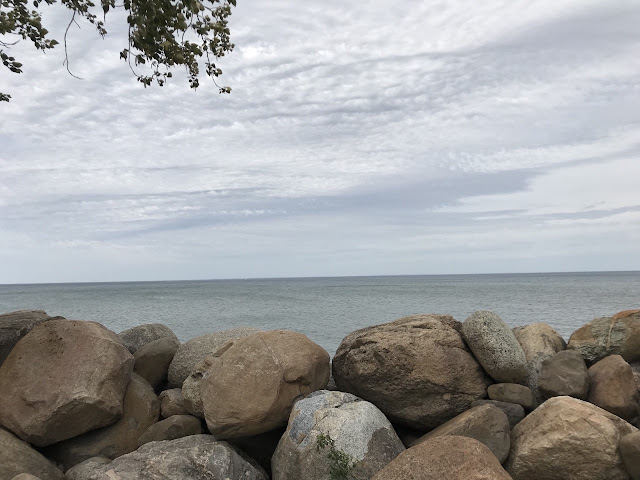 I said good-bye to the grey waters of Georgian Bay and headed upstream. 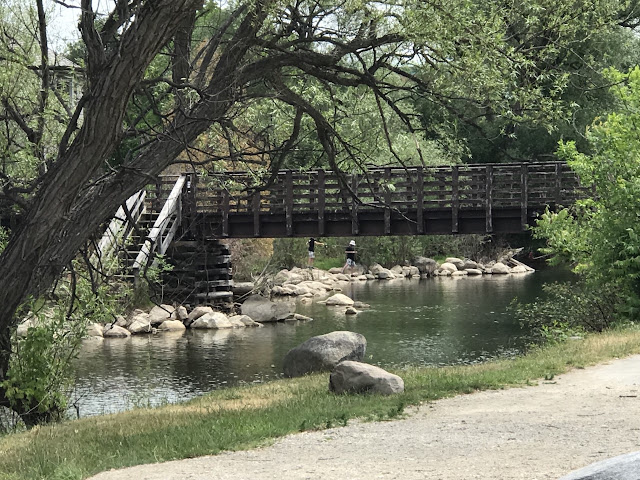 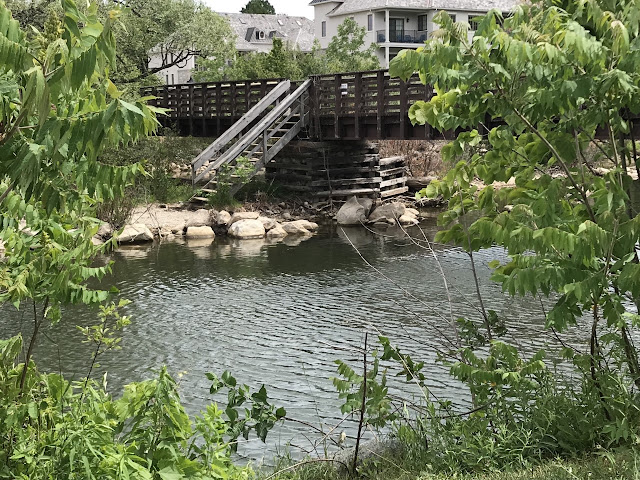 There's a nice pedestrian footbridge across the river, with stairs down onto some rocks that form a narrow island, used as the middle support for the bridge.  Unfortunately it's totally inaccessible, up several steps. 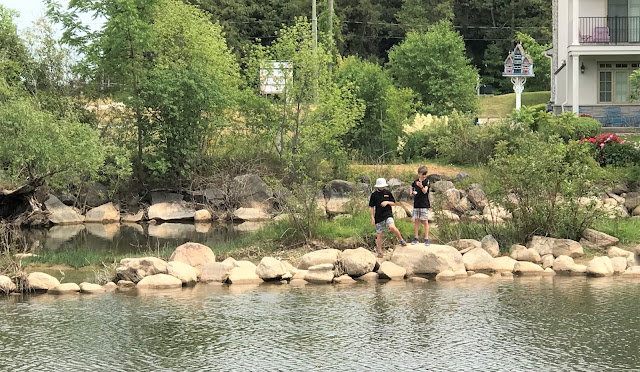 But there were a couple of young fishermen down on the rocks trying their luck. 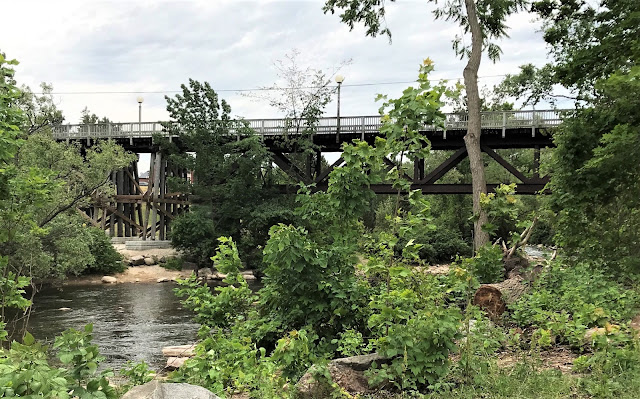 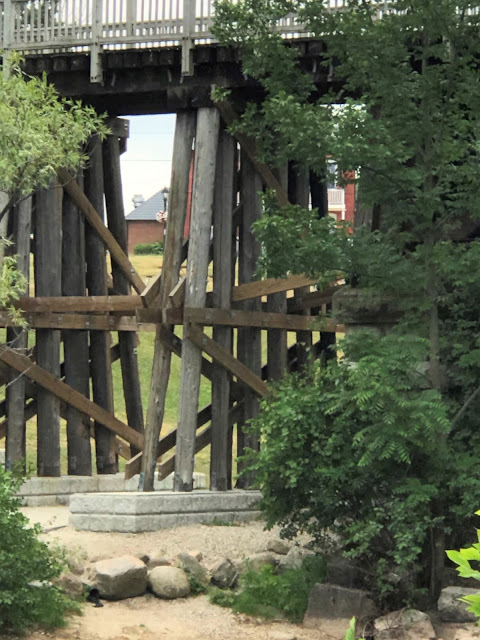 Moving on I came to the big old railway trestle, now a key link in the Georgian Trail.  It has an iron span over the river, supported by heavy duty posts on each side. 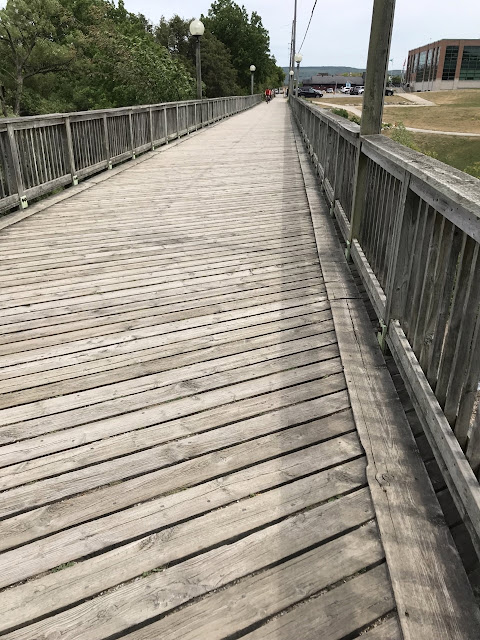 I had to ride up out of the harbour and over 100 yards to get to the bridge and I took a few moments to ride across and enjoy the view.  The Georgian Trail is the rail bed of the old Northern Railway, opened in 1872 and closed in 1984.  So up until 1984 trains would still have rumbled over this bridge, serving Thornbury and Meaford.