It says a lot to me that we hear news of the horrible discovery of 215 dead children just as National Indigenous Peoples Month is starting.  The past 150 years is indeed a tragedy for indigenous people in Canada, and the residential schools are only the worst visible part of that tragedy. 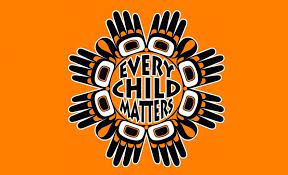 Sadly it's not a surprise that they have found these children in the grounds of an old residential school, but that a Catholic-run school could allow 215 children to be buried in unmarked graves, with no records kept including no cause of death, and few parents even notified, is beyond belief!
Canada's residential school system is based on the Indian Act. passed in 1876.  It was intended to 'civilize' native children by removing them from their homes and educating them to fit into a white society.  They were not allowed to talk their own language and abuse - physical, sexual and emotional, was rampant.  The schools became compulsory in 1894 and the last one closed in 1996.  Kamloops Residential School was the largest, with up to 500 students enrolled, and is one of the few still standing.
And today marks the beginning of National Indigenous Peoples Month!  It's supposed to be a month of celebrating the positive achievements of indigenous people across the country.  Perhaps this tragedy will wake up those Canadians who haven't thought much about these issues.
My own awareness of Indigenous peoples growing up was entirely positive, based first on the enormous totem poles I saw in the Royal Ontario Museum as a very young child (that's another story).  While our own children were young and we travelled across the country we saw Indigenous dancers in Alberta as well as Indigenous carvers working on a totem pole on Haida Gwaii.  I took students to an Indigenous  community north of here to visit a fisherman and the community forester.  All of those and others fed positive memories.  But when William was at school in Thunder Bay and got his first job in Kenora I heard a very different story, of natives who drank too much or used drugs.
That threw me, but when I started hearing about the residential school system it all clicked in my mind.  The fact is that even the many who survived the residential schools were emotionally damaged if nothing else.  They found they could not fit into their home communities any more, and lost the ability to speak the language fluently, and yet they weren't welcome in white society either, simply because of the discrimination. 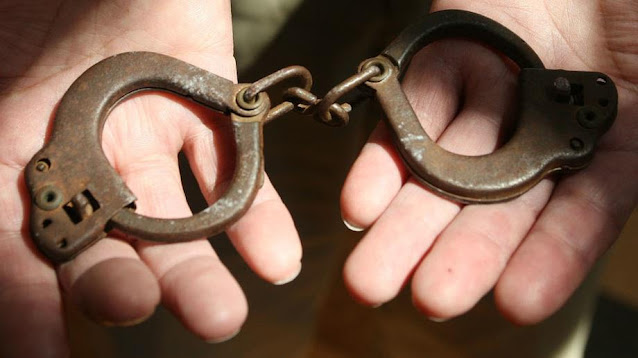 The most poignant image I have seen about this history is this one, children's handcuffs used when native children would not leave their families peacefully.  These are in a museum in Kansas.
There are about 140 documented residential schools across Canada though in many cases the buildings no long exist.  There are estimated to have been over 4000 deaths, but there may have been many more.  Advocates are now demanding that all school sites be surveyed, using the same ground-penetrating radar technology that was used in Kamloops to ascertain where any unmarked graves lie.  It's not as easy as it sounds, as it's hard to tell where the actual sites were in some cases and in others the land is now private.
And that is just the beginning.  If these graves are to be excavated, children identified and gravestones provided that will take years of painstaking archeological work.
I intend to write more about native history in Canada, in the week leading up to National Indigenous Peoples Day, on the summer solstice, June 21st, so I'll be preparing for those over the next two weeks.
If you're wondering where all the images of orange shirts are coming from, it relates to 'Orange Shirt Day' on Sept. 30th, which has commemorated residential school survivors for nearly 10 years now.  The orange shirt is based on Phyllis Webstad's story.  She was an Indigenous child in B.C. whose grandmother bought her a bright orange shirt to wear for her first day at school.  But when she got there, the orange shirt was taken away and she was dressed in the drab clothing provided by the school.  Need I say more?
Posted by The Furry Gnome at 3:25 PM