The next First Nation to complete a radar search for unmarked graves held a news conference this morning at which they announced the discovery of 751 unmarked graves at the cemetery of the Marieval Residential School east of Saskatoon in Saskatchewan.  I can't possibly just carry on celebrating our garden with you when this is in the news.

It's another tragic moment in the history of First Nations in Canada, piled on top of the decades of discrimination and repressive policies.  And we have 128 residential schools to go.

Let's be clear, this is just step one, the finding of a ground-penetrating radar study that outlines disturbance in the soil.  It does not detect skeletons, and some of these may be adult graves which oral history has suggested exist.  Neither were the children 'murdered' in the conventional sense; deaths were primarily by disease spreading rapidly through crowded unsanitary buildings.  Archeological excavations will be necessary for the next step.

Added together the discovery of this many bodies (966 at Kamloops and Marieval) begins to reach the scale when it should be seen as a war crime.  Considering as well that the children were removed forcibly from their families and indoctrinated against the entire culture they had been born in, it is hard to imagine anything worse in our treatment of Indigenous peoples.

The Cowessess First Nation which conducted the study will consult with its members before proceeding with any next steps.  This is another Catholic-run school, closed in 1997, and torn down two years later.  But there is an identifiable cemetery, and there are graves which do have headstones.  The adjoining church is still standing. 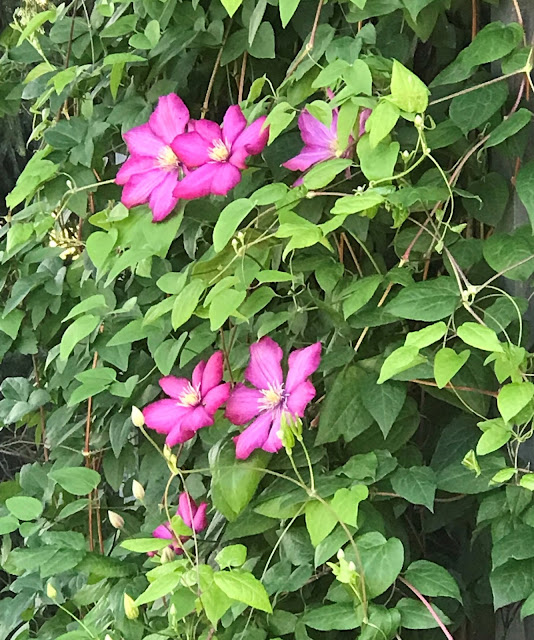 I leave you with this single picture of another of my favourite flowers here, in memory of the children who are buried there.  Please take a moment to remember them.