Yes, it's been a very few birds this winter, just a handful of Chickadees, the Nuthatches, and the occasional woodpecker.  Even the Goldfinch, who we've seen lots of the past couple of years, have only been rare visitors.  But here's what I've been able to gather, with a lot of cropping.  Sure shows the value of a good lens compared to an iphone!  I've been very pleased to be able to successfully use my big old Nikon and handhold it to get these. 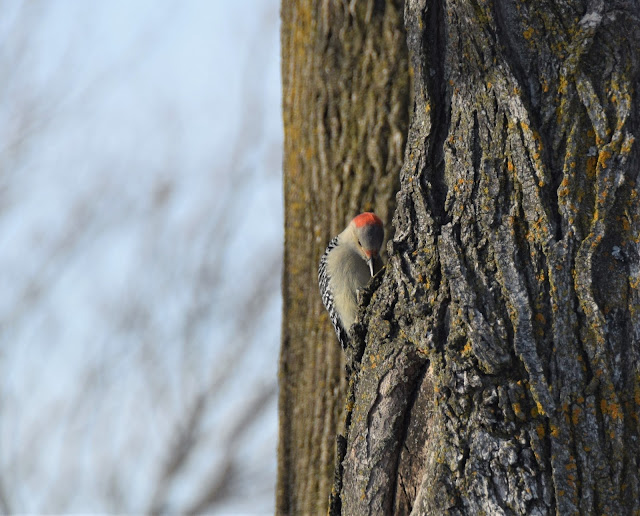 The most unusual visitor for me has been the Red-bellied Woodpecker, a bird I'd never seen at all until last year.  It doesn't come very often, but when it does it's nice to see it. 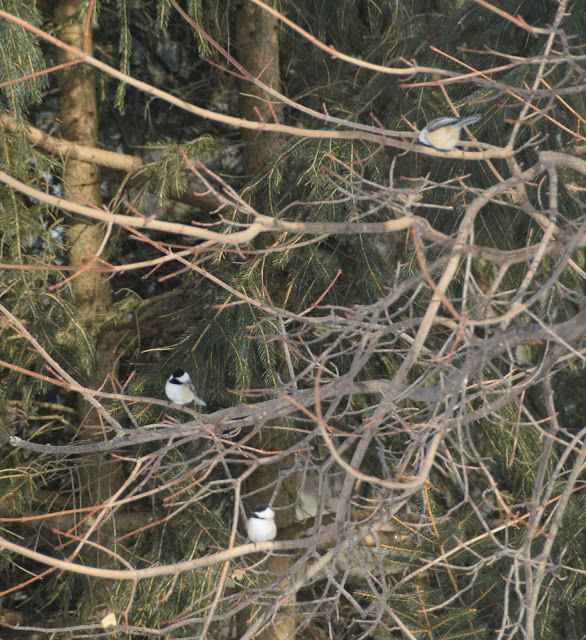 This is my little flock of Chickadees, sometimes a few more, but they typically travel in a small group like this over the winter before disappearing in the summer to breed. 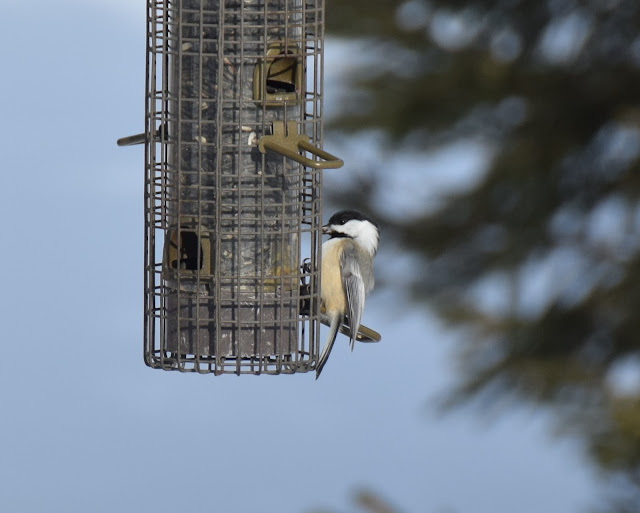 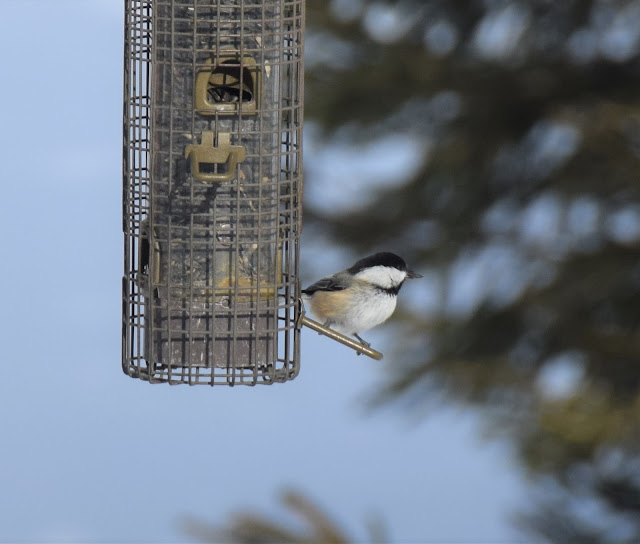 They fly quickly back and forth between the feeder and  te spruce tree, in their bouncing flight that's easy to recognize. 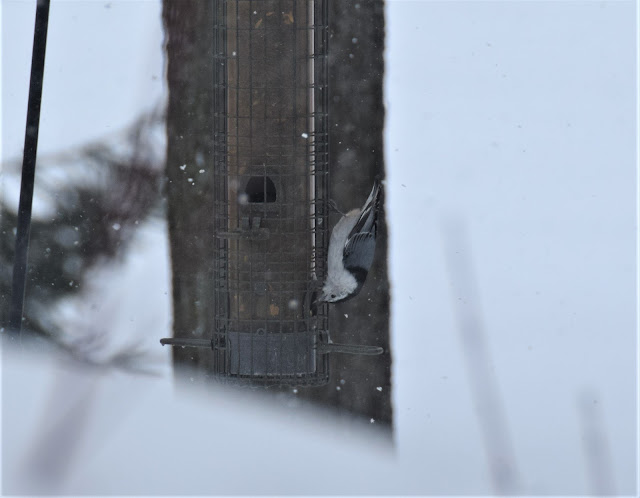 This is a terrible photo of the White-breasted Nuthatch, but at least it does show it in its typical upside-down pose that makes it so easy to recognize. 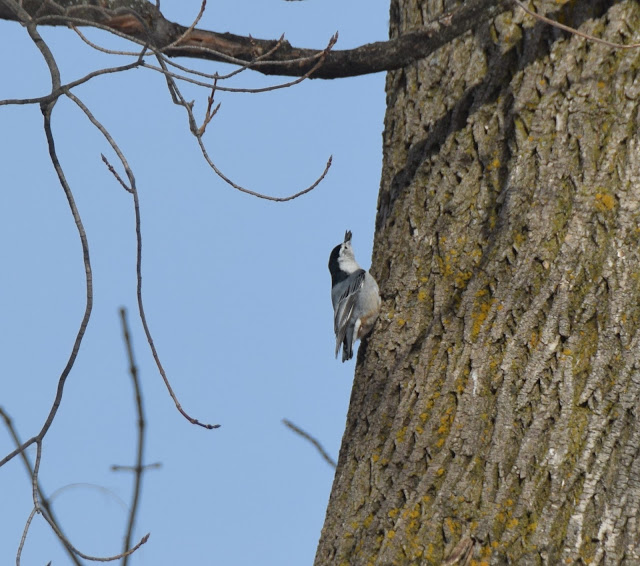 The nuthatch in its natural habitat, a tree!  These nuthatches typically follow along with a group of Chickadees over the winter.  I almost always see them together. 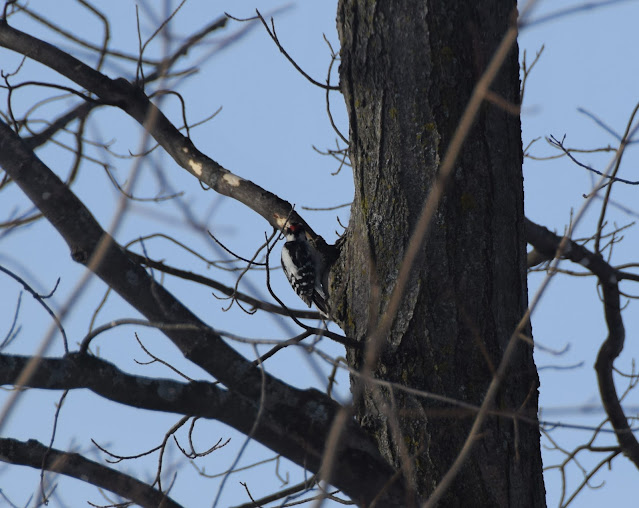 Finally, a terrible picture, but it's the best I've got to show the visiting Downy  Woodpecker.

I've been trying to capture the snow sparkles, these from yesterday's sunny day.  They almost never show up in a picture, but this heavily cropped photo does reveal them, even if it's a little blurry. 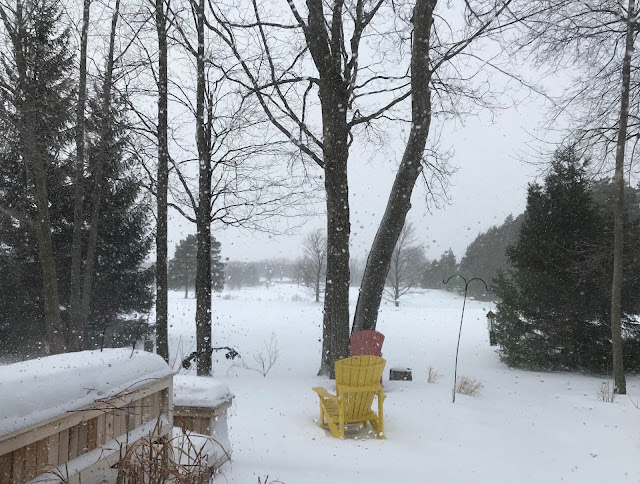 Today our winter weather has returned with blowing snow under a Wind Advisory.  We were surprised my PSW got here.  It looks like we're in for a long stretch of cold and snow, but that is typical for the middle of February.