As I've shared before there's an Emancipation Festival in Owen Sound that's been going on for 158 years!  It happens on Aug. 1st, celebrating Emancipation Day, originally the abolishing of slavery in the British Empire on Aug. 1, 1834.  The success of the annual festival led to establishing a Black History Cairn that sits in Harrison Park beside the Sydenham River. 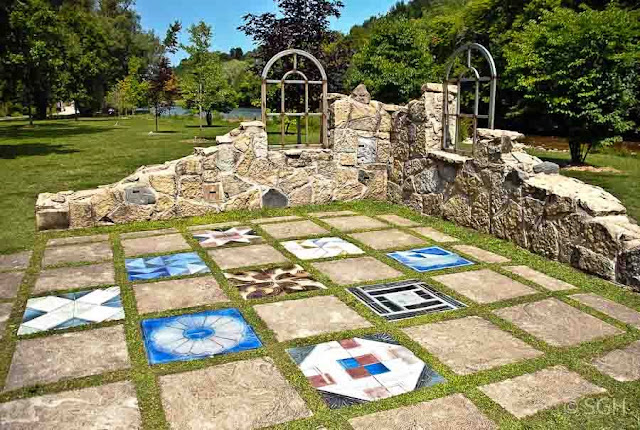 The cairn is symbolic in several ways.  The church windows model those of the old 'Little Zion' church, the first black church in Owen Sound.  The quilt patterns on several tiles on the ground represent the Underground Railway, where quilts were used as secret messages leading slaves north.  You can see the river in the background. 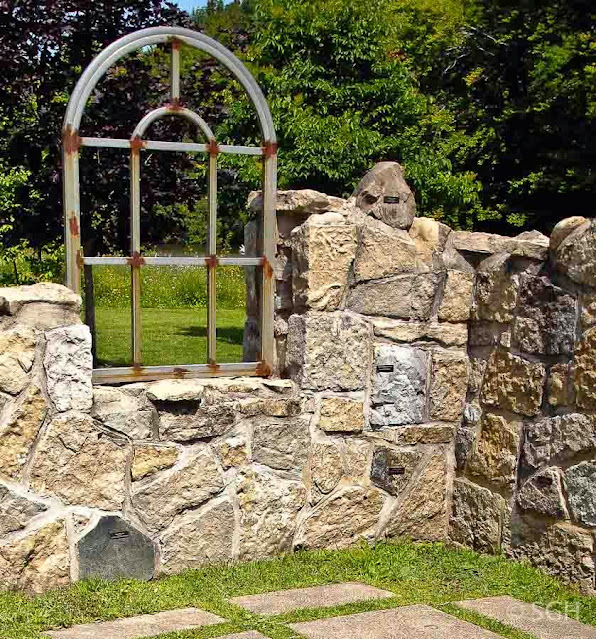 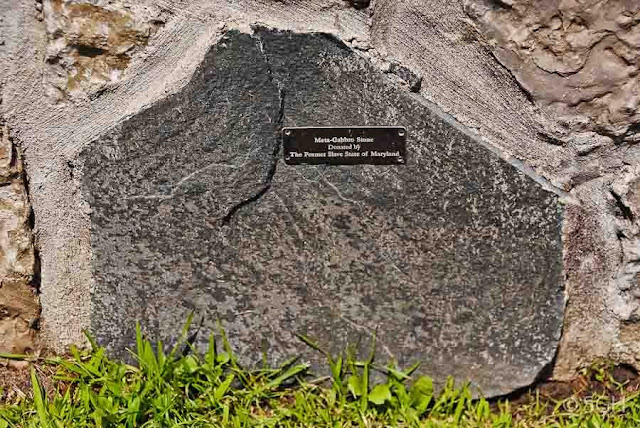 As you can see, some rocks have tiny plaques attached.  These come from a number of U.S. states, reflecting the previous homelands of slaves. 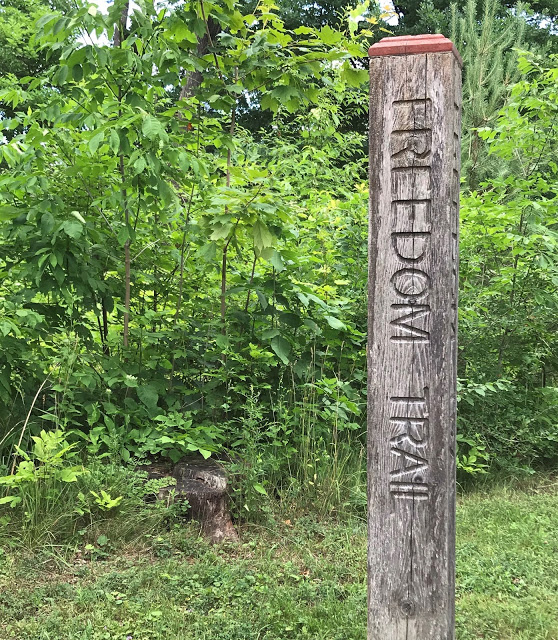 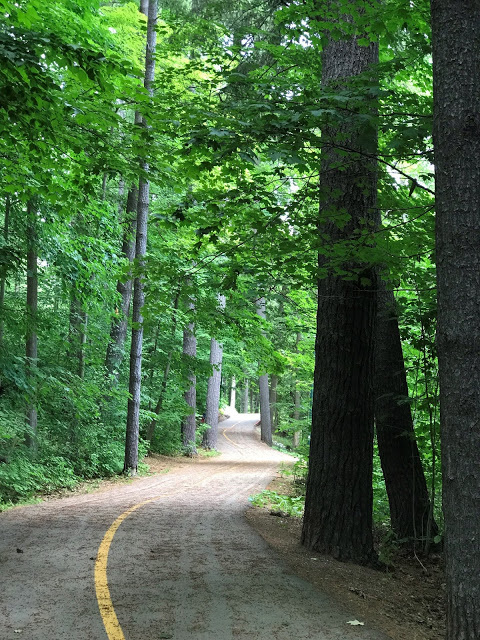 The cairn is approached from the entrance to Harrison Park along the Freedom Trail, a beautiful path through the woods.  Naturally the BLM protest in Owen Sound last summer was held here. 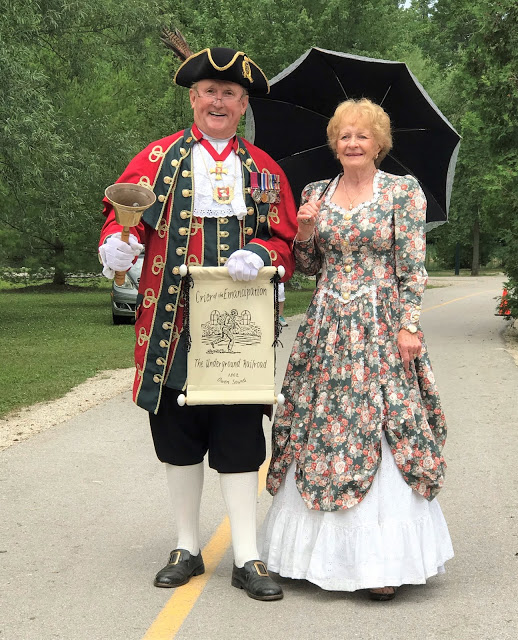 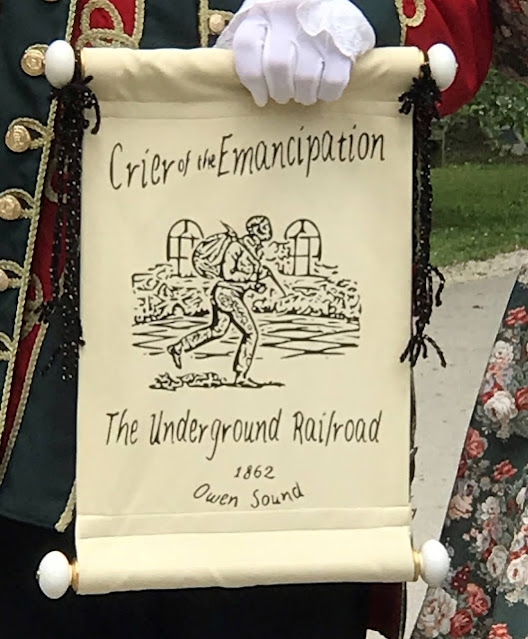 Last year the festival was virtual of course, and we happened to be there on the day they were filming the role of the Town Crier with his scroll.  And he did a good job of 'crying the welcome'!
The Underground Railroad existed primarily during the 28 year gap between the year slaves in Canada became free, and the day when American slaves were freed by Abraham Lincoln on Apr. 1, 1862, although American slavery didn't really end until the Civil War was over in 1865.  Owen Sound's picnic began in 1862 however.
The Canadian Emancipation Day is celebrated on Aug. 1, the date slavery was abolished here in 1834, but American celebrations are more varied.  From my limited reading 'Emancipation Day' is celebrated in April mostly in Washington D.C., but there's an effort now to get 'Juneteenth' recognized as the national celebration.  It was on June 19th, 1865 that the Union General Granger finally reached Texas, the last state to hear, to proclaim that slaves were now free.  All but 3 U.S. sates now recognize Juneteenth as an official ceremonial or state holiday.