Sunny Day - the Other Day

I'm just reminding myself that we did have a sunny day the other day!  It was nearly a week ago now, and it's been snowing most of the time since.  A lot of the mental trick for getting through the winter here is a kind of vision that, yes, spring will arrive soon!  Though this year there's been no brief 'January thaw' to remind us of what's coming in March and April 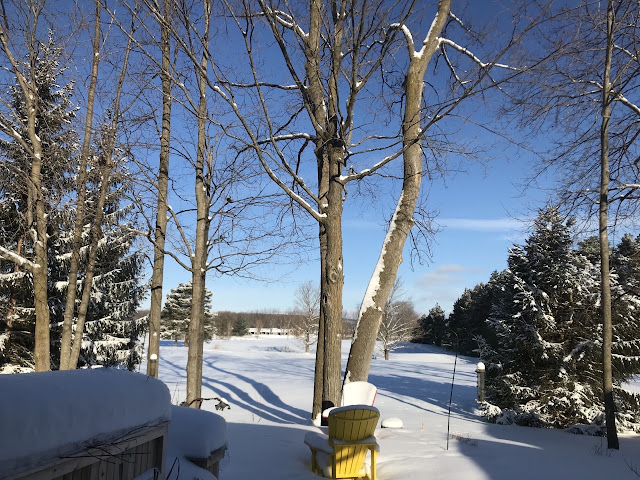 We're supposed to get sunny breaks this afternoon, and temperatures rising to just above freezing by Monday, with a sunny day on Sunday.  The forecast says more snow in the meantime on Friday, but a careful look at the maps suggests that the snow may stay down around Lake Ontario.  That's the trouble with a Toronto-centric forecast; you have to interpret it a little to be accurate.  But it did say "abundant sunshine" this afternoon! 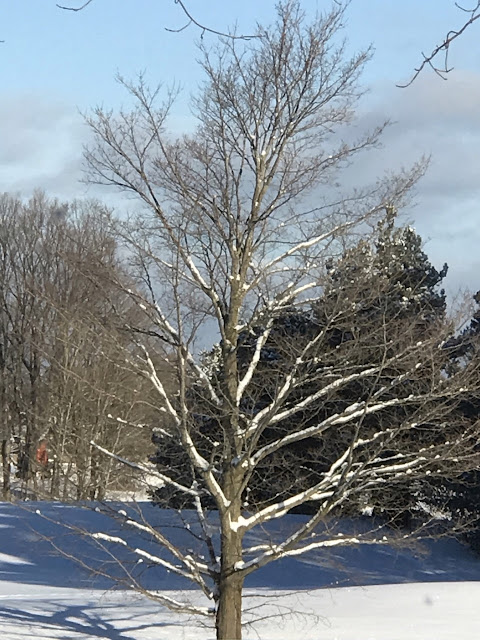 I read about the severe problems down in Texas and I could get worried about people there.  Friends of ours have a married son and grandchildren near Dallas and they have no heat or hot water!  But it blows my mind that they weren't prepared for this!  Our grid system is tied into a huge corner of eastern North America, but Texas obviously thought they were better off to go it alone.  Homes, businesses and industry has all been built assuming temperatures would never reach freezing - it was cheaper that way!  Up here good insulation is a way of life.

Ok now, did any of you notice the obvious typo in yesterday's post?  If you did you were too polite to comment.  But I've changed it now so you can't go back to check up on me!