Well, I had the week all planned out - five more posts on the Arctic before going on to other things.  But fate and my laptop interfered and I touched the wrong key and totally lost the entire 4th post in the group.  Now I've started over to write that post again, but it will take a few days, so I'll keep trying to post some other things of interest, starting today with the Great Backyard Bird Count.

The Great Backyard Bird Count (GBBC) started in 1998, as an effort to build a large international database on bird sightings through 'citizen science'.  It's run by the Audubon Society. the Cornell Lab of Ornithology, and Birds Canada. three of the most reputable agencies in North America, and the work is all done by citizen volunteers.  The annual event is on this weekend from tomorrow, Feb. 12th to Monday Feb 15th. so you get 4 days to keep track of the birds you see.

You can easily google GBBC to find out all about it.  They encourage you to use one of two phone apps, either Merlin Bird ID app, or the eBird Mobile app to keep track of and submit your bird list.  You must watch for birds for a minimum of 15 minutes over the 4 days, but I'm almost always keeping an eye out for birds that come to the feeder, and often sitting in front of the window watching, so that won't be hard. 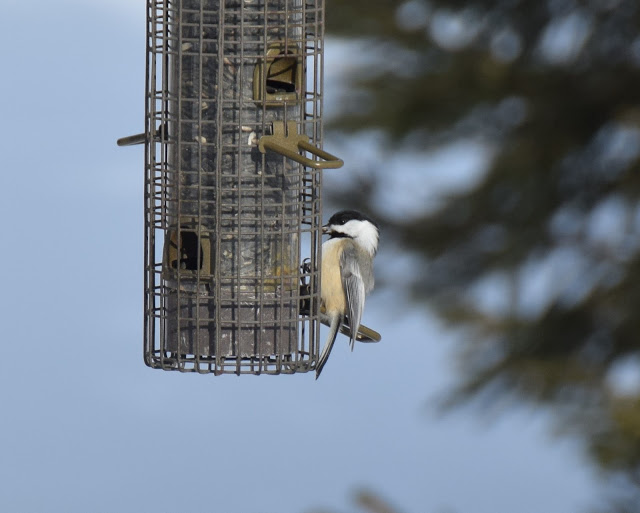 Most people will just be submitting the birds that come to their feeders, and I'm sure I'll see both Chickadees and Nuthatches, but I don't know about much else.  There might also be a woodpecker or two, a Goldfinch, and perhaps a Crow or gull flying in the distance.  Some will go out birding, perhaps to see ducks and gulls along the waterfront. 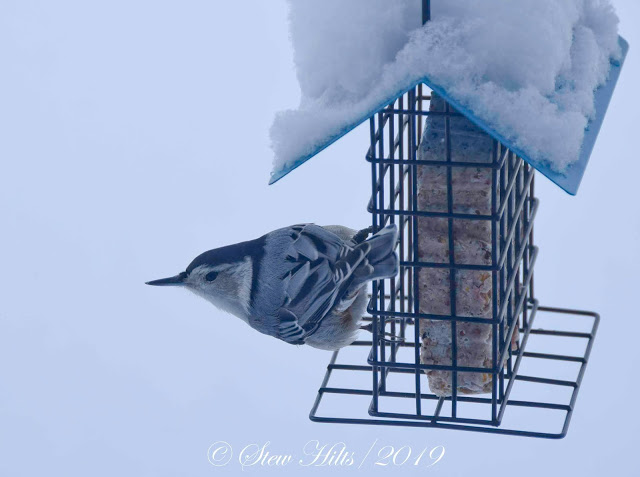 But I realize that even seeing just a few birds is important information to submit, because it helps establish current population levels.  The fact that we've seen fewer birds this year than in the past is part of the picture, so I'm going to participate regardless.  And I think it's useful for an old geezer like myself to figure out these fancy phone apps, just to be sure my electronic ability doesn't fossilize!  Our grandson out west is rapidly passing me! 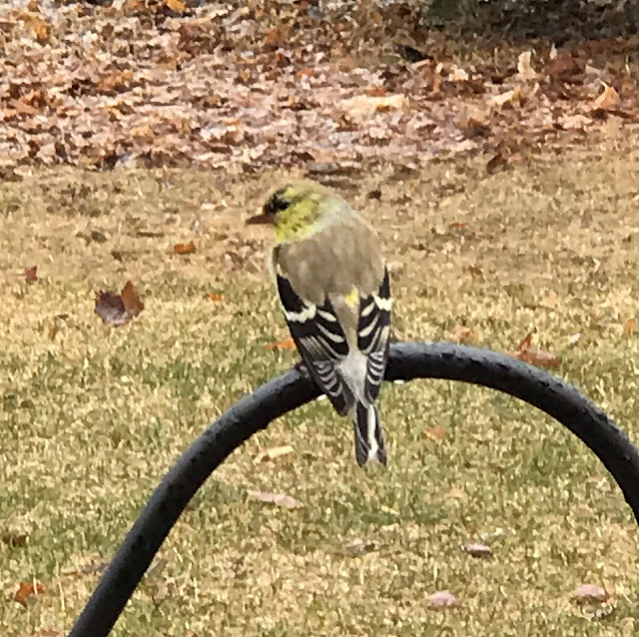 So far the GBBC has proven remarkably popular.  Participation is growing rapidly and reached just under 250,000 last year, with nearly 7000 different species observed.  Interestingly, though the U.S. dominates participation, India ranks second; the U.S., India and Canada heavily outweigh the rest of the world.
So if you're bored and want something to do during the next four days, try it yourself.  It looks both easy and fun.  I'll let you know how I do next week. 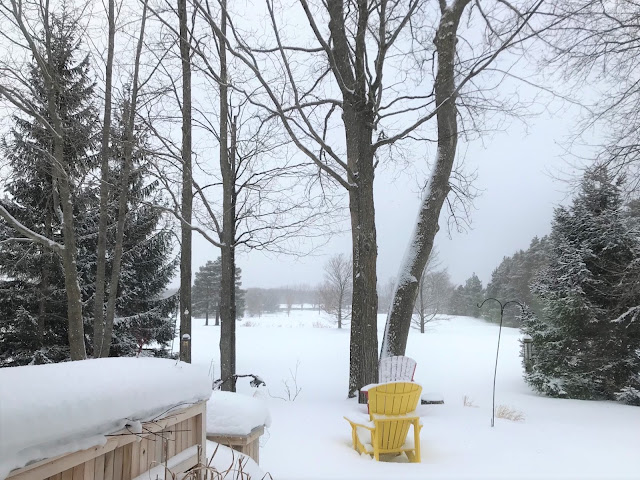 In the meantime it continues snowy here, with both a gentle flurry and pale sunshine, a 'sunflurry', out the window at the moment.  The snow just keeps on accumulating, light and fluffy.
The wheelchair technician was here this morning, and adjusted my seat cushion.  Wheelchair cushions can deteriorate quickly, especially the kind I have, but this kind helps avoid pressure sores and since I'm sitting in it 12 hours a day that's important.  It feels quite different now, as I'm sitting up straighter.  We hope it will help.  I've developed my own simple series of stretches to do, in order to at least maintain my limited trunk strength if not improve it.
Posted by The Furry Gnome at 2:25 PM