Another nice but chilly ride down to the harbour yesterday, under sunny blue skies.  Glorious days, but the dropping temperature means you have to bundle up well.  I really notice the different wind directions.  It was almost warm heading downhill to the east.  But returning westwards there was a downright cold breeze. 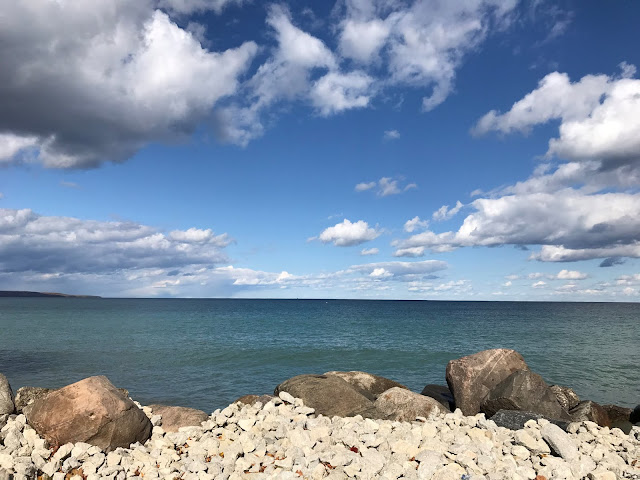 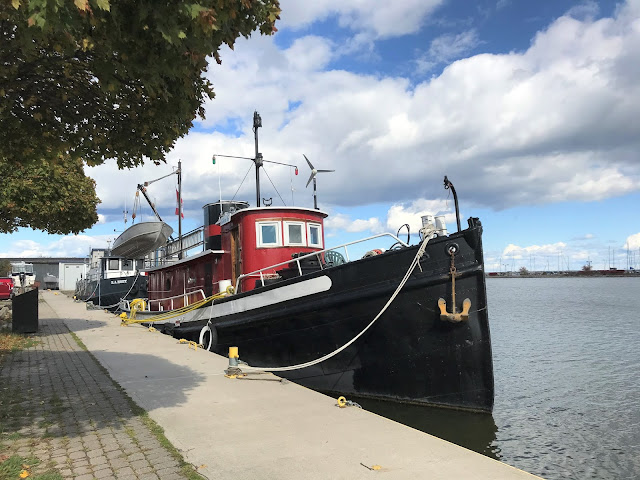 And in the harbour a new (well actually very old) tug was docked. 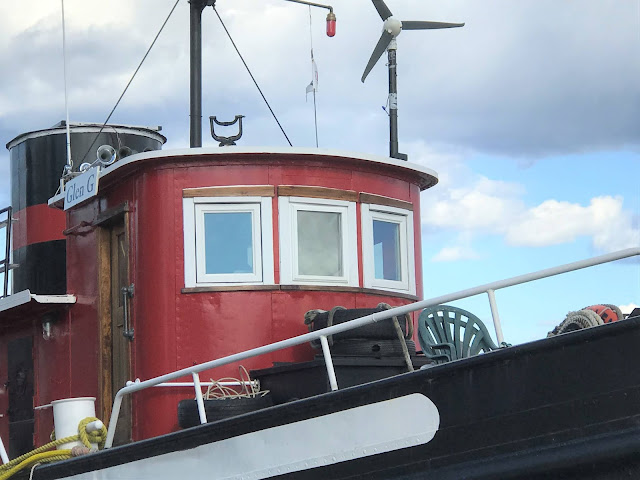 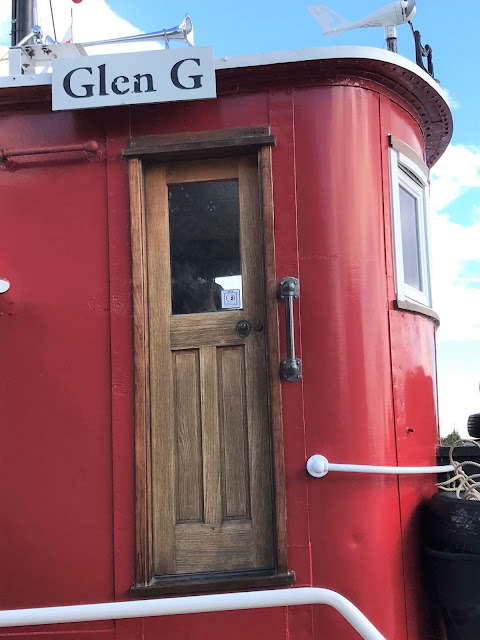 The construction of it just looked old to me with those nice rounded corners, and still a little wood trim like this door into the cabin.  When I looked it up it had been built in 1909 - 111 years old! 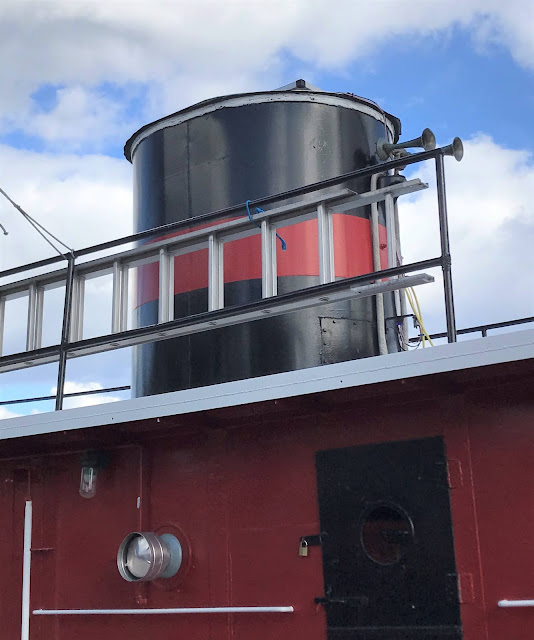 The funnel was enormous for a boat this size, presumably because it started life as a steamship.  It was converted to diesel decades ago.  Two little portholes like this one were the only windows into the cabin. 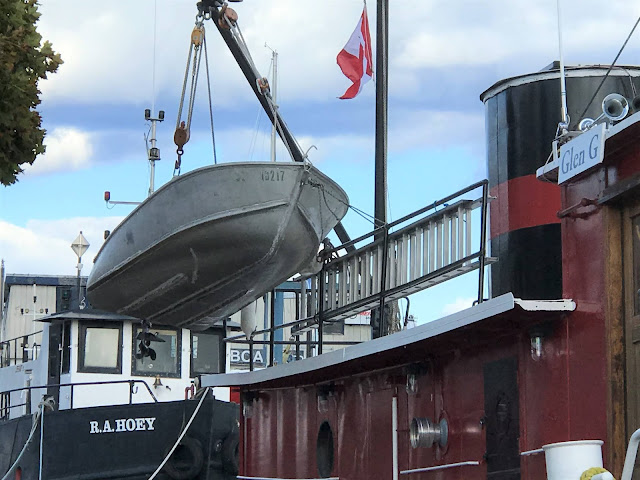 It even had a sturdy aluminum lifeboat hanging from a davit.  The R.A.Hoey still sits there behind it, waiting for a buyer. 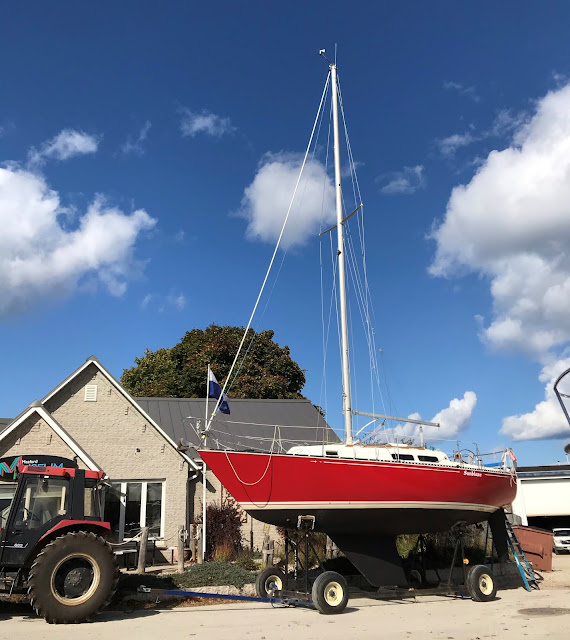 Onshore at the marina another sailboat was sitting on its cradle, ready to be towed to its winter storage. 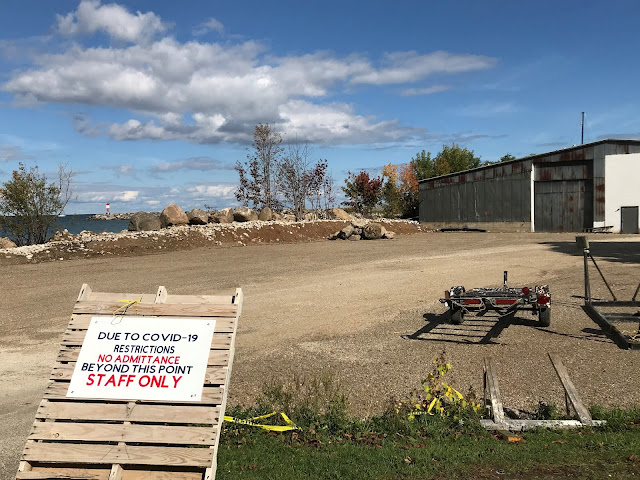 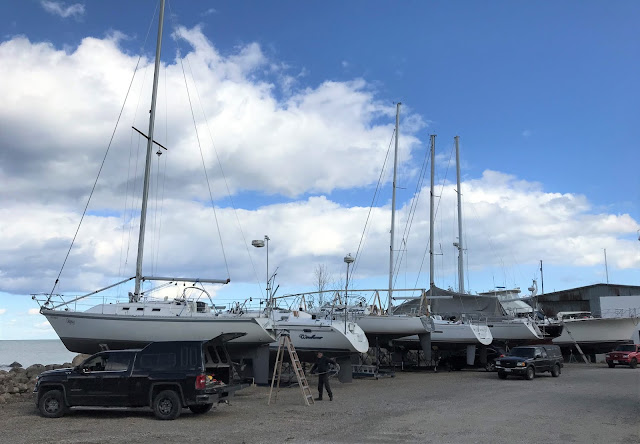 Some of those boats will go here, the area behind the shop I think I showed you last week.  They've worked to build up a higher boulder wall for protection from the waves, and now the space is full of sailboats.
I suspect this was my last ride downtown this year.  As the temperature drops I will be waiting at home 7 months for warmer weather!  I do expect to get downtown to see the new library though.