We drove to Collingwood the other day, to get the car rustproofed.  Apparently this is important for a vehicle that's been adapted for wheelchair use, with the floor lowered 10".  Afterwards we turned off through a short residential street to see if we could see the shoreline east of downtown.  Much to our surprise we came out at a large public park along the shore.  Collingwood actually has a lot of public land along the shoreline both east and west of the downtown. 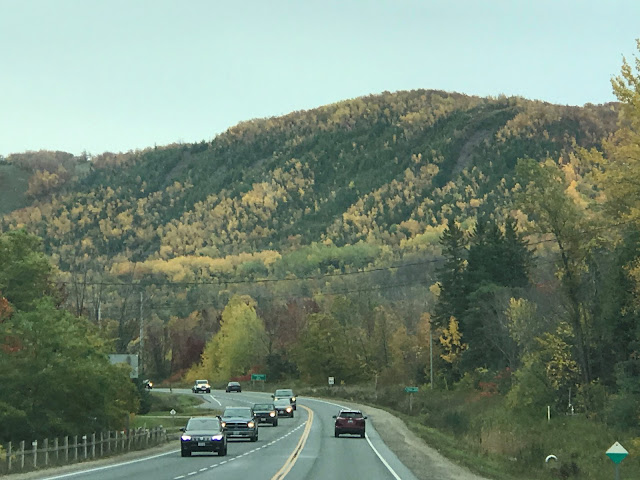 It was a dull gray day, so the pictures are no great shakes, but here is Blue Mountain in its October colours, a lot of evergreens on the upper slopes. 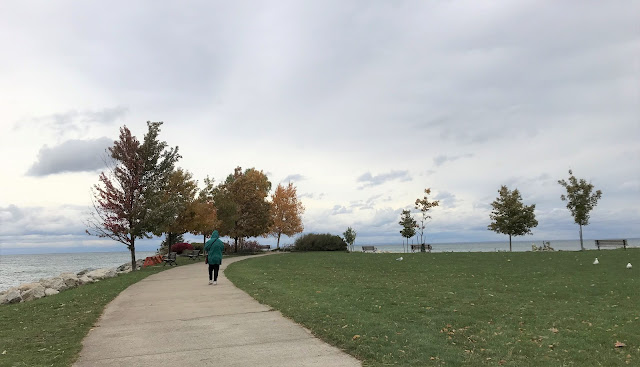 And here is the park we discovered, known as Sunset Point.  the paths were all concrete, so it was very easy access for me, right out to the point.  Somehow, these sidewalks weren't bumpy! 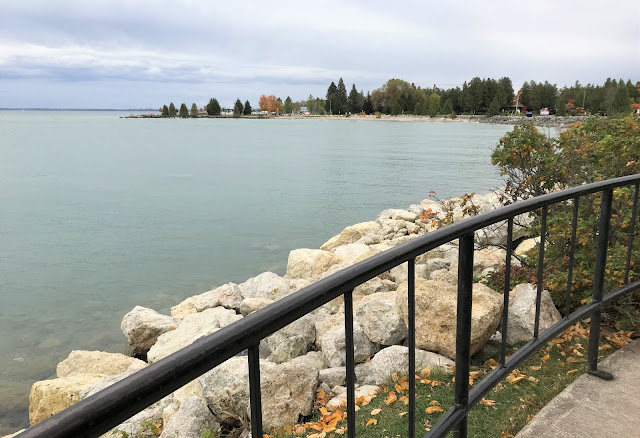 A look east along the shore, towards Wasaga Beach.  Lots of room here for picnics during the summer. 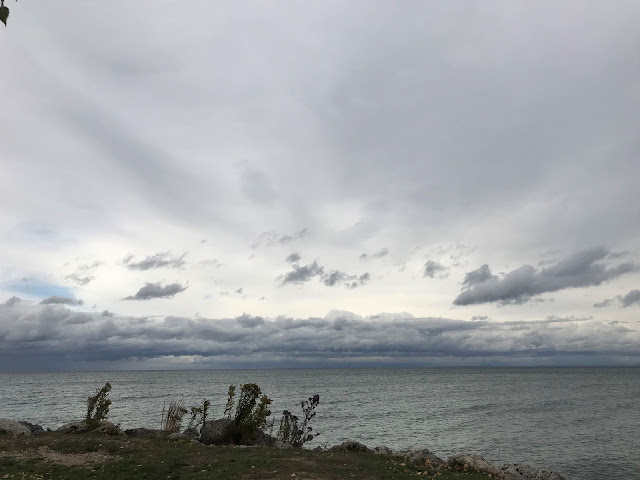 And a look more or less north out into the bay. 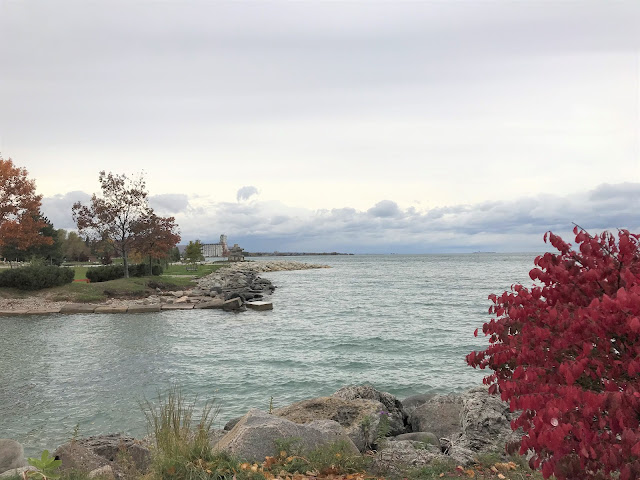 To the west you could see the Collingwood grain elevators, a monument to its busy past life as a port. 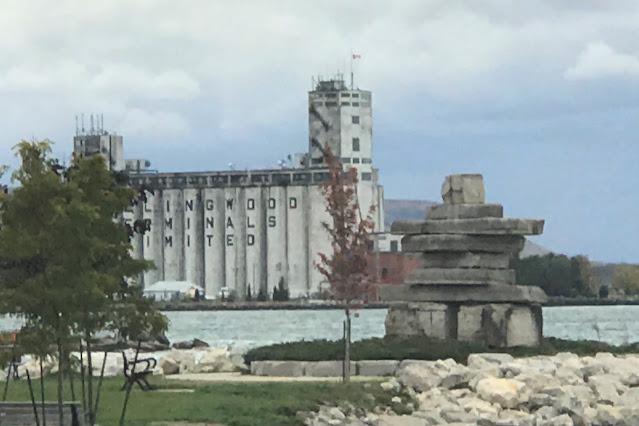 A closer look revealed a giant Inukshuk!  We headed over to get a closer look.

Nottawasaga Island in the distance, site of the tall lighthouse that used to light the way into Collingwood.   You can barely make it out on the right hand side of the island. 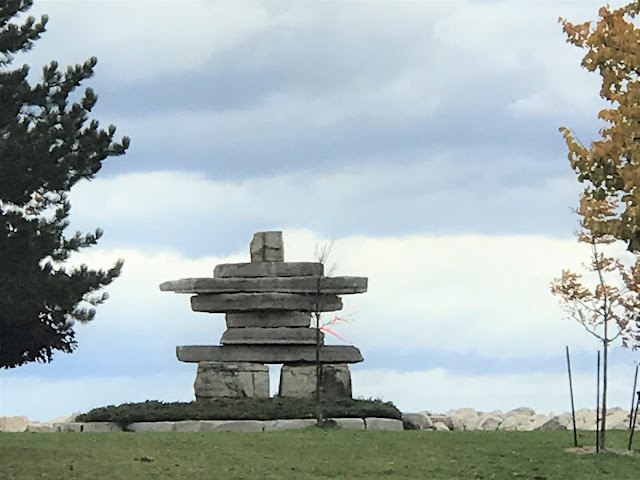 The Sunset Point Inukshuk was erected in 2003 in memory of a local man who drowned in a boating accident, donated by his family.  However, this monument is now recognized as clearly cultural appropriation, and the town is pursuing a 'gathering circle' to discuss diversity issues and how better historical content can be provided for this and two other monuments.  Genuine inukshuks were used by the Inuit in the Arctic, particularly for navigation across the trackless tundra, and they would obviously never be such massive out-of-proportion monuments as this.  The fact that they have also spread in a much smaller form as garden ornaments raises a similar challenging issue for those concerned with appropriate respect for indigenous peoples and their traditions.