I've been reading a blog about a young couple who have moved to the Isle of Rum, one of the Small Isles of the Inner Hebrides in Scotland, population about 30.  They have taken up crofting, which is a fascinating story.  But they've also always home-educated their two kids.  In the spirit of that they posted a link to a National Trust Program in the UK featuring "50 things to do before you're 11 3/4" ( I don't know why they didn't just say 12).  It's a wonderful wild list of outdoor activities you'd hope any child would get a chance to do, but probably today many don't.

I was pleased to see that I've done almost all of these (I haven't 'set up a snail race').  And I could easily think of another dozen to add to these.  I hope our own children got to do most of these too.  Check out the original list (it does have a bit of a UK bias), and see how many you've done. 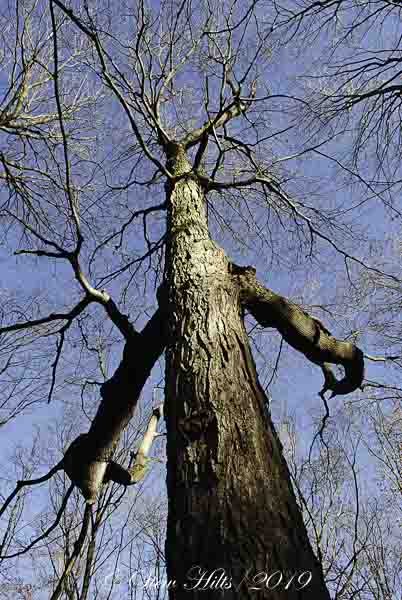 My favourite was climb a tree.  Well I've climbed many trees; my tree fort was my favourite place when I was about 14.  Haven't done much tree climbing recently, but I've hugged this giant old Sugar Maple several times over the past few years. 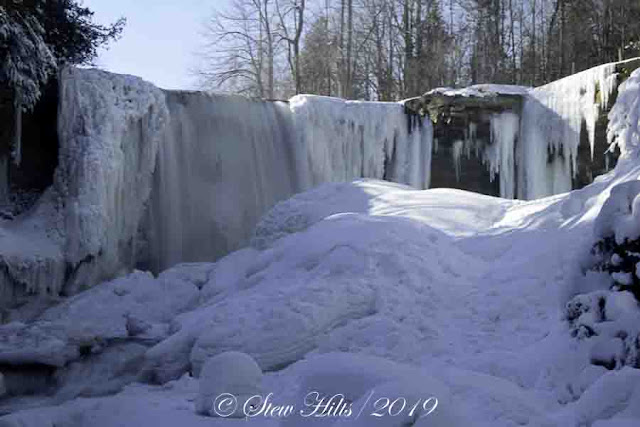 Go on a winter adventure.  I think our most interesting recent winter adventure was the year that the river below Indian Falls almost froze over.  We could walk up the river on the ice to the base of the falls, a huge mound of ice from the spray right in front of us and bluish icicles all around the lip of the rock. 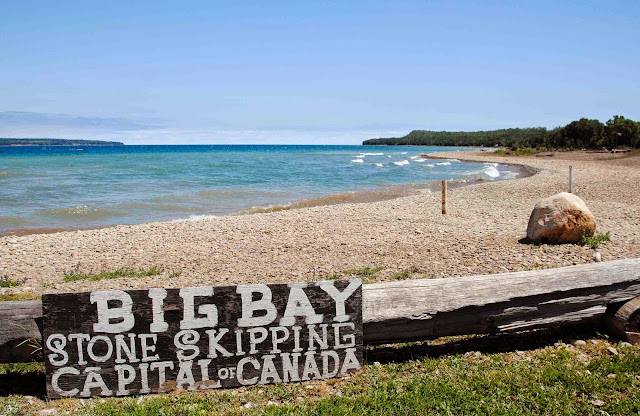 Go stone skipping.  No problem with that one, we have the 'Stone Skipping Capital of Canada' just a few miles away.  Can't say I'm very good at it though. 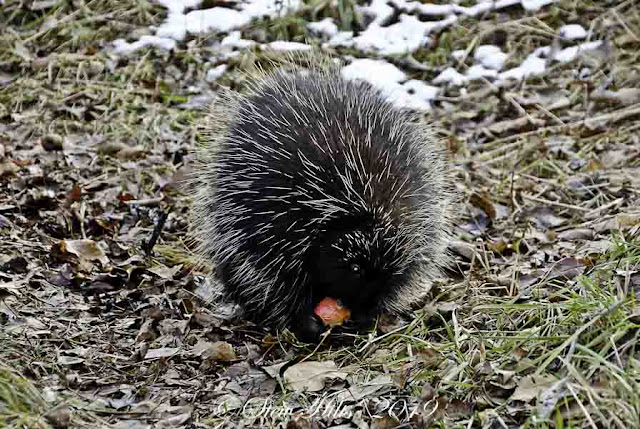 Wildlife watching.  A porcupine I once encountered, eating a fallen apple.  And parked right on the trail in front of me. 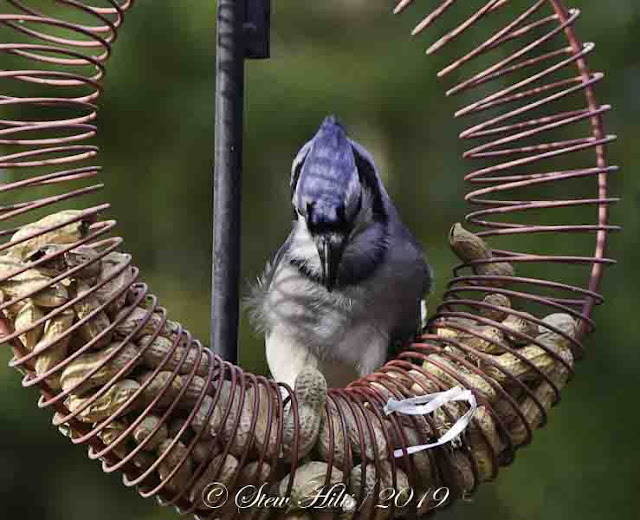 We watch birds avidly, especially in the winter.  But this Blue Jay was at a cottage up near Algonquin Park. 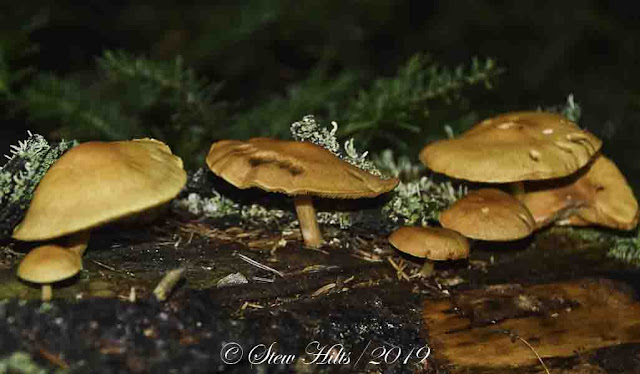 Find fungi.  Well, how many pictures would you like to see?  Probably thousands if I reviewed all my pictures! 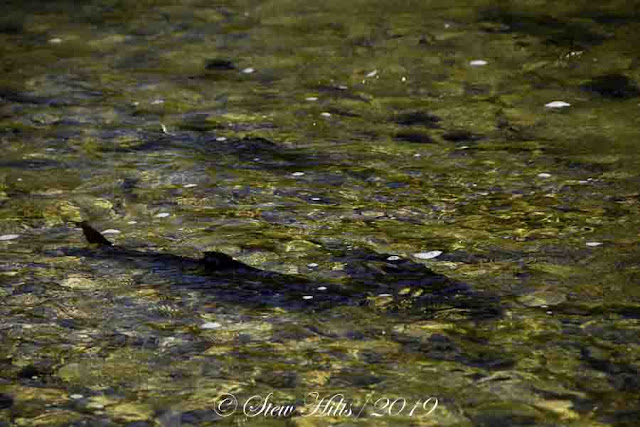 Spot a fish.  these are salmon swimming upstream to spawn in the Beaver river. 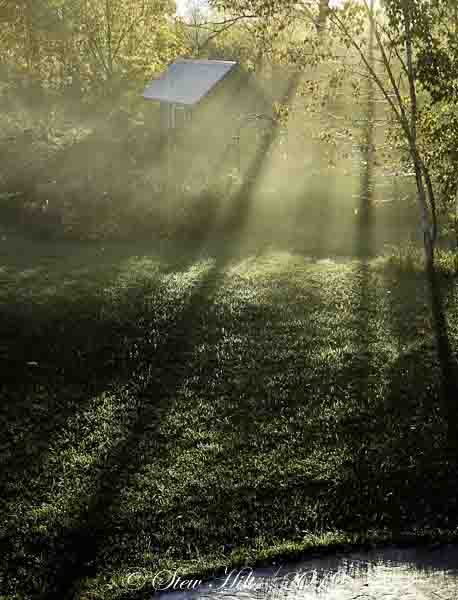 Get up for the sunrise.  This isn't exactly the sunrise, though we've seen many of those since the sun doesn't rise until about 8 a.m. in January), but this is one of my favourite 'sunny' pictures.  That's our shed on a frosty late fall morning. 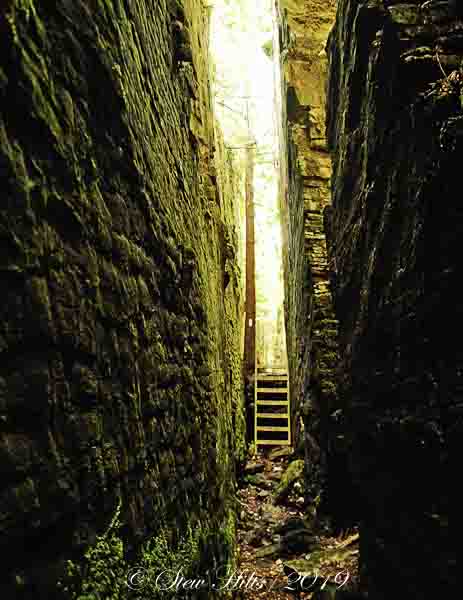 Explore a cave.  This is one of my favourite crevice caves along the Bruce Trail.  One of the narrowest I've seen, the Bruce Trail goes straight through and up those steps at the end. 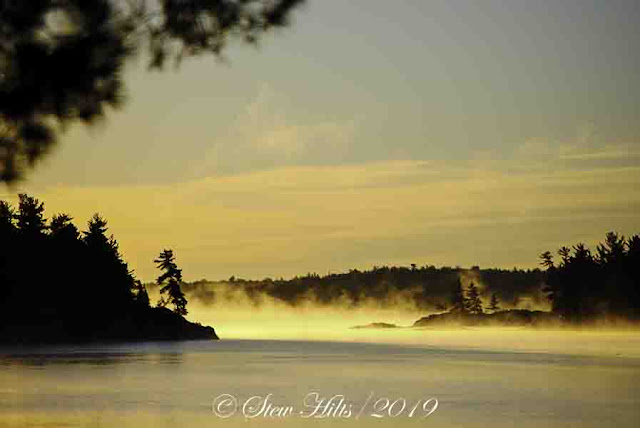 Finally, go paddling.  I could share so many memories, but this is an early morning on the French River in northern Ontario.  I'm so glad I did all those canoe trips when I did!