The past two weeks they have been busy tearing out the old sidewalk and putting in a new one, just around the corner.  Since the sidewalks here are the single worst thing about my life beyond our own street, I was thrilled to see it. 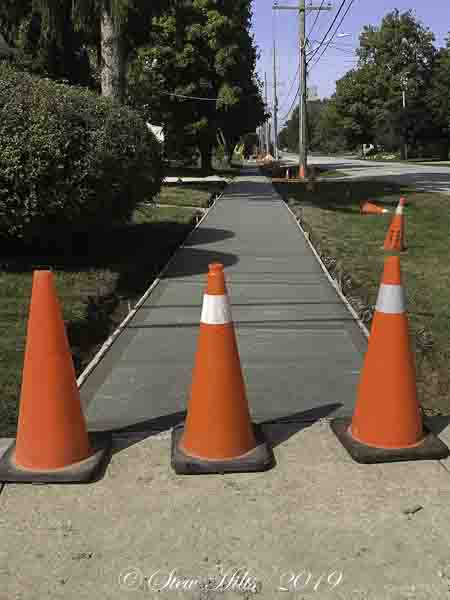 We've been really busy recently, so I haven't been for my regular ride very often.  I've been going downtown more often instead.  So I didn't catch this until they had already poured concrete at the far end of the block. 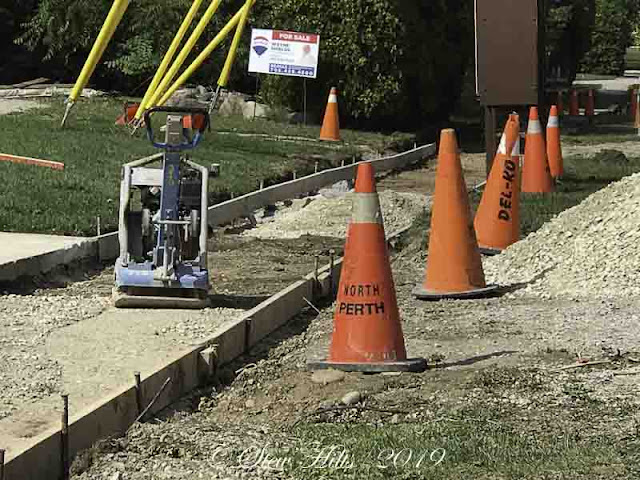 Toward our end of the block they were still at the excavating. boarding and packing stage of the work. 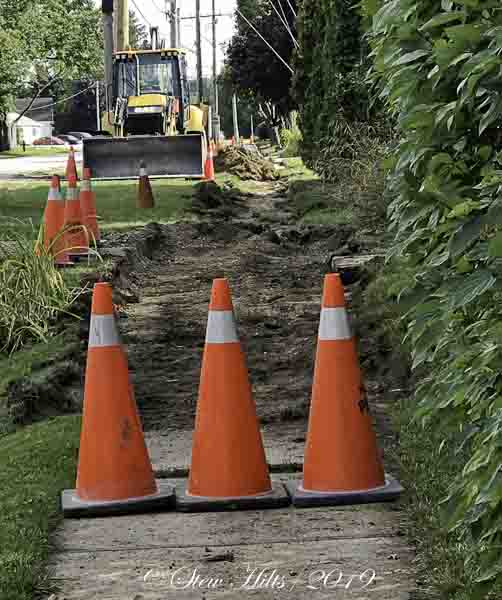 A day or two later they had excavated almost to our end. 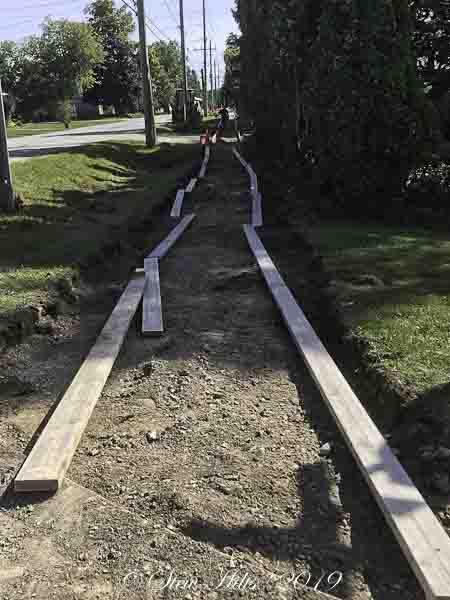 Then came the boards. 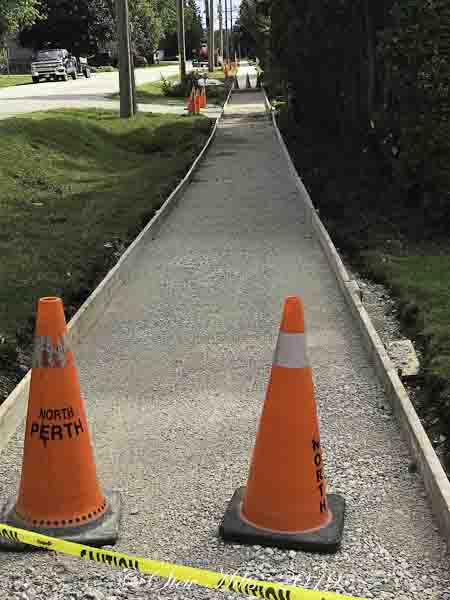 A day later it was packed and boarded. 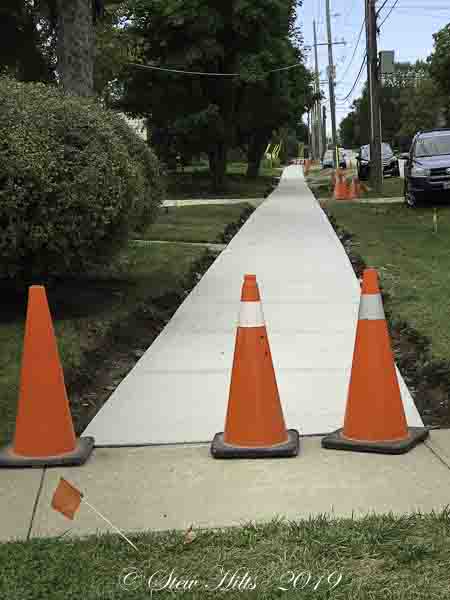 Then all the concrete was poured, but the red pylons were still up and there was still a 6" ditch on each side. 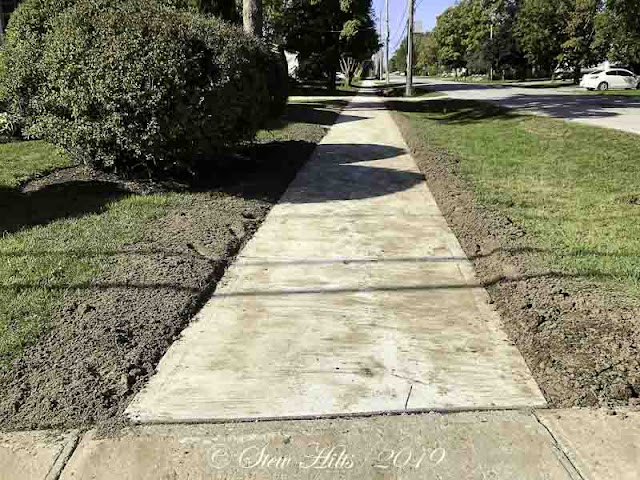 Finally it was all done, the pylons removed and it was ready, though I was not impressed with how they just dumped some soil down the sides and scattered some grass seed.  This wasn't much better than a 6" ditch as far as a wheelchair is concerned.  But I welcomed it and drove carefully down.  So why was I disappointed?  The lines that they trowel into a new sidewalk were just about as bad as the bumps were before!!