Farmers Markets are at their best right now, with a variety of crops available, though tomatoes seem to be the veggies of choice this year.  Last weekend after church we headed over to Thornbury for the market there.  They've also got some interesting Indian and Syrian prepared dishes that we like. 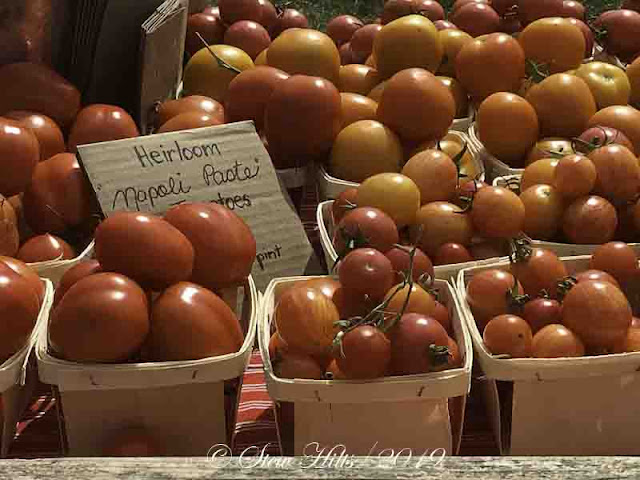 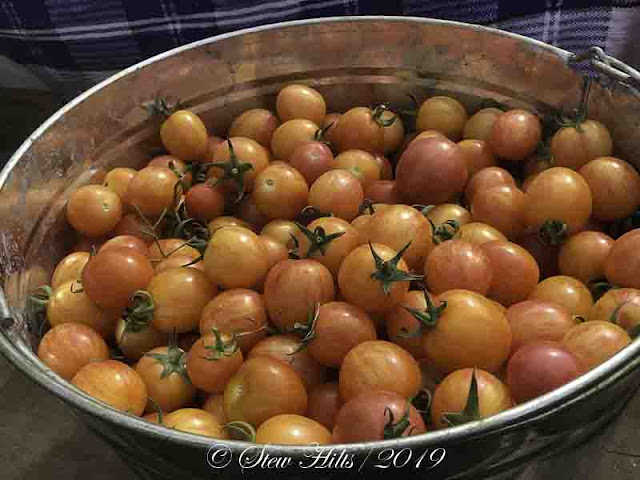 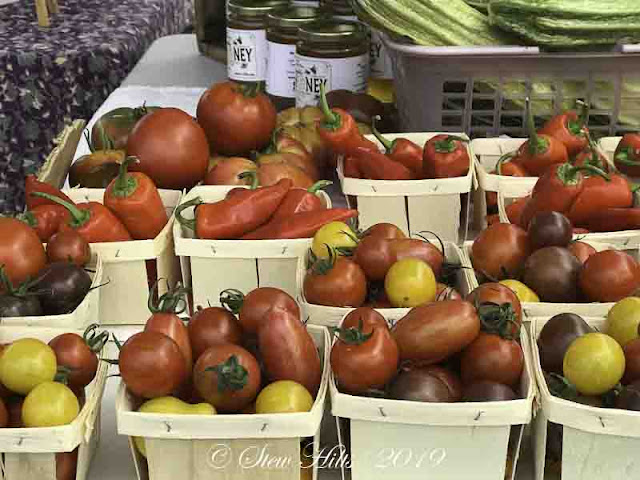 I've never seen as many varieties of 'heritage' and 'heirloom' tomatoes as this year, and Mrs. F.G. has been saving seeds for our son next year.  At least one vendor managed to have some peppers as well as tomatoes. 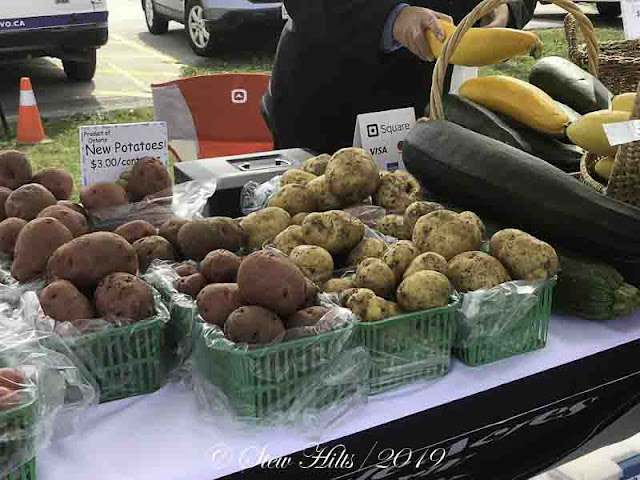 There were a few other veggies, but not what we'd like to see.  We find that we get the best by stopping at our favourite farms, like 'Achy Back Acres' on the way to Owen Sound. 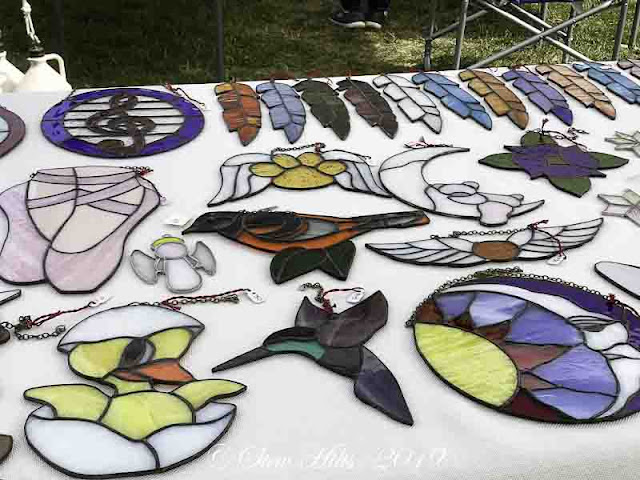 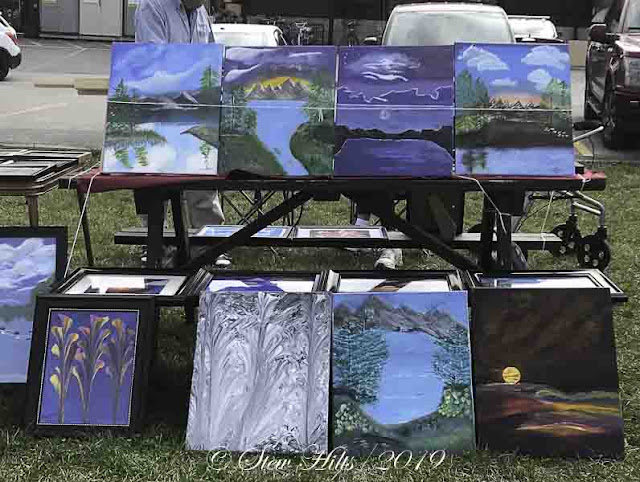 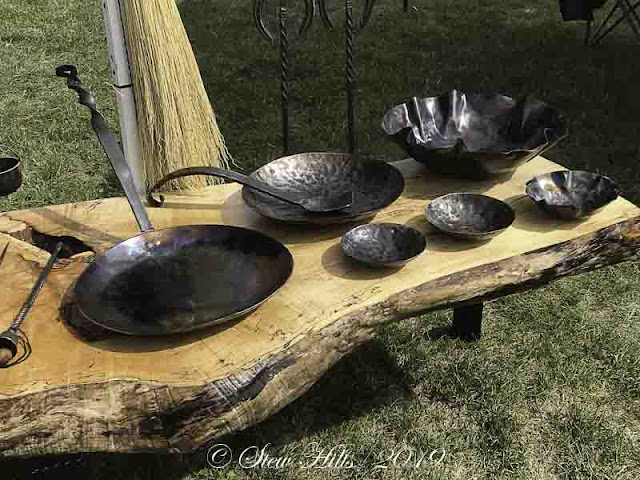 There are some interesting craft vendors too, like the blacksmith who makes interesting works in copper and iron, as well as 'live edge' furniture and 'charcuterie' boards.  (If that's a new one for you, as it was for me, look it up as I had to!) 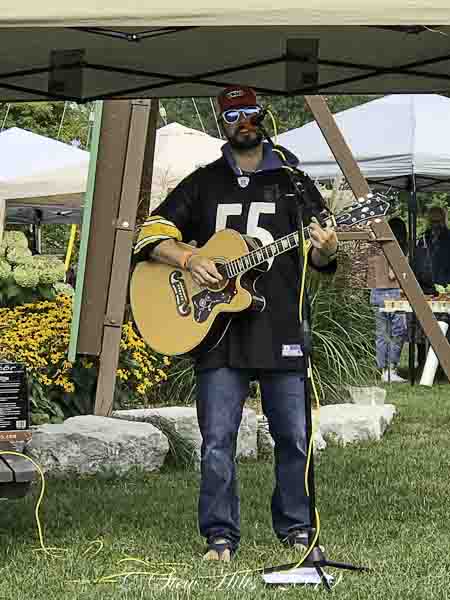 The Thornbury market regularly has local live music too. 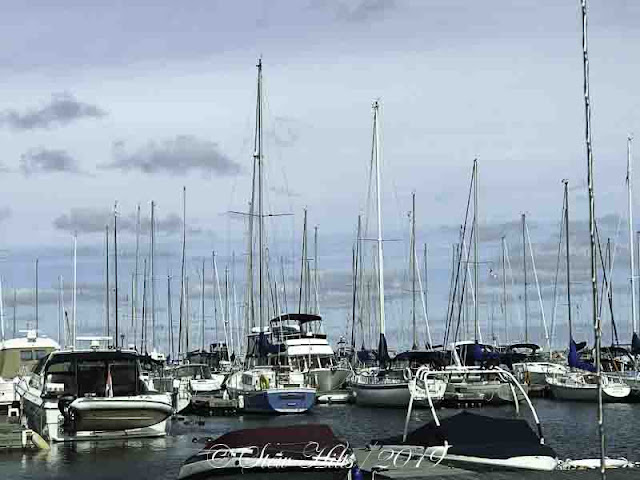 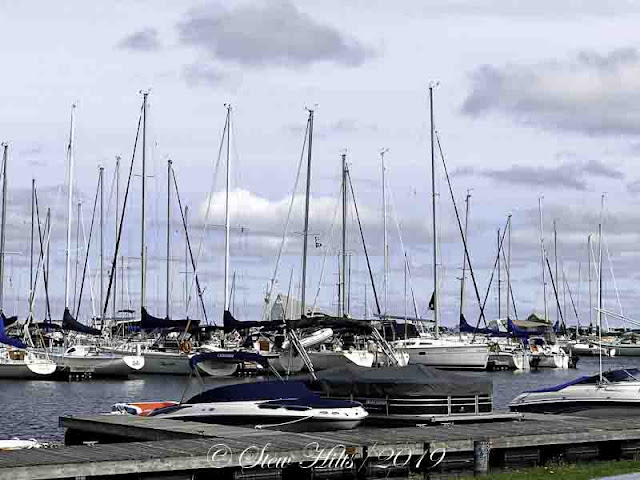 The harbour was still full of sailboats, but they'll be taking them out soon.
Posted by The Furry Gnome at 5:01 PM