We've had a Monarch or two around the backyard flowers most of the past two months. When I sit in front of the window and do my weight-lifting I can pretty well count on seeing one.  And we've had multiple reports of people seeing lots of Monarchs this summer.  At the moment they are migrating in their hundreds along the shores of Wasaga Beach to the east of us. Starting with this bright orange visitor that almost landed on my shoulder back in the spring, I've seen a remarkable number myself. 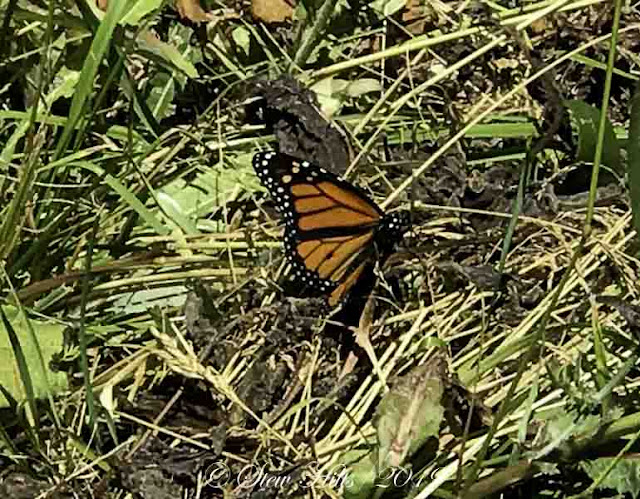 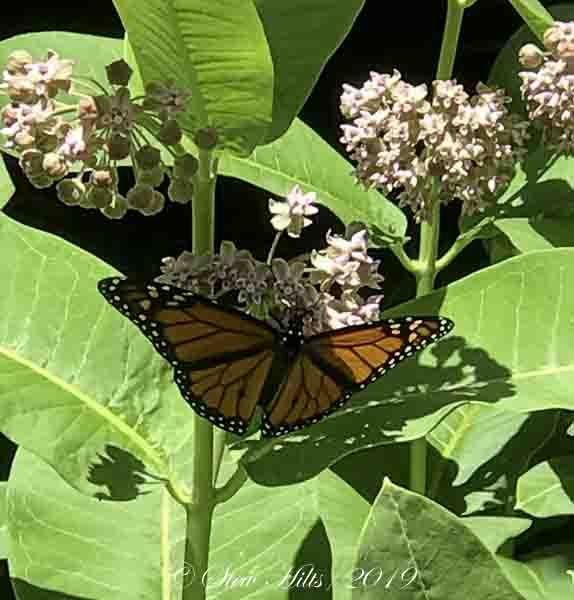 This is the single lonely Milkweed in our own yard, 3 feet outside the window. 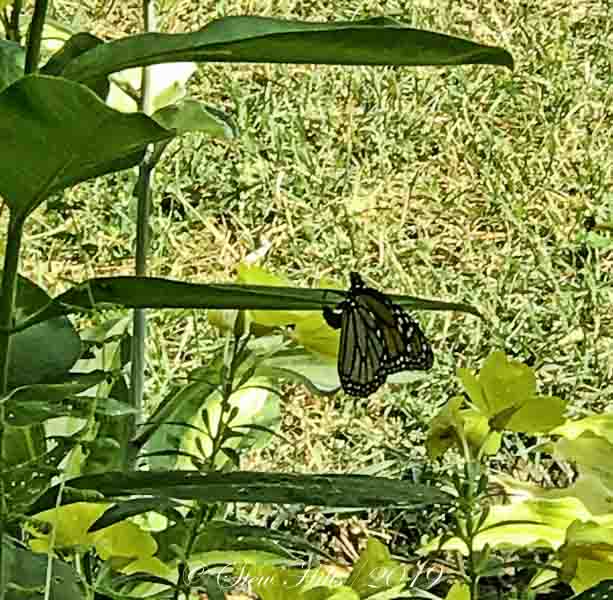 And I watched while it curved its abdomen and laid an egg on the underside of the leaf. 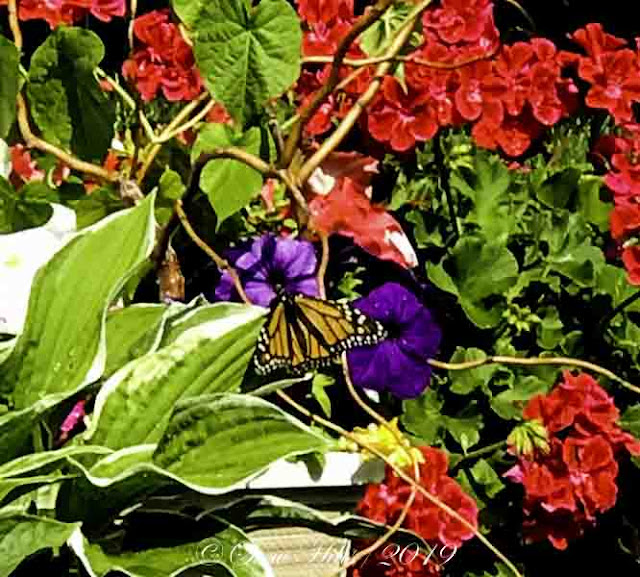 Then it stopped on the Petunias. 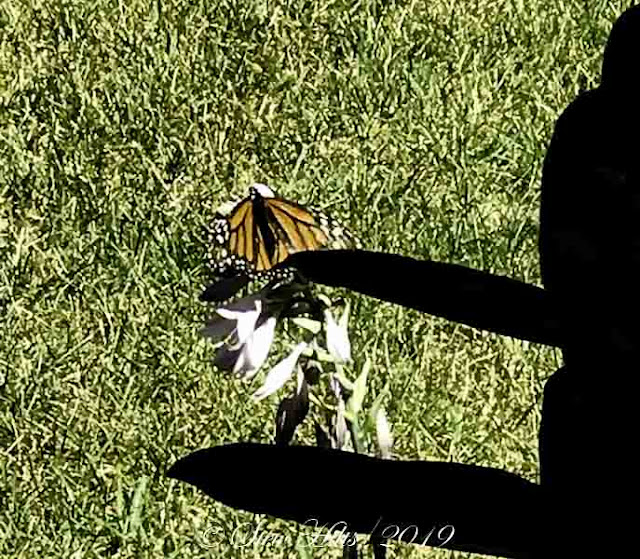 And later on one of the Hosta flowers. 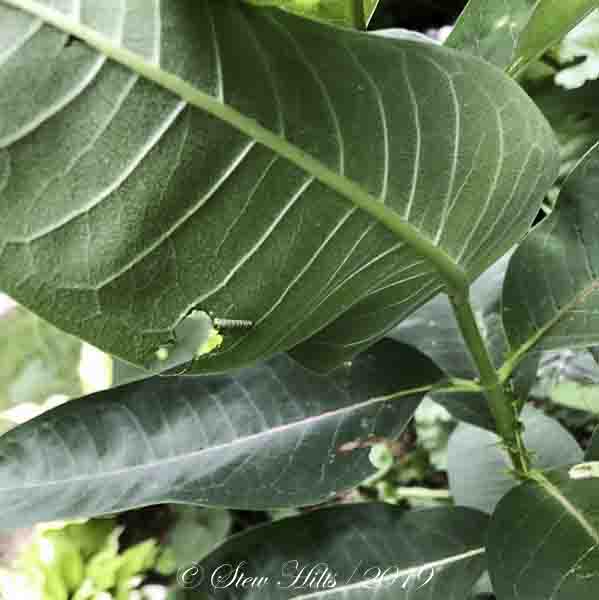 Mrs. F.G. went outside excitedly after we saw the butterfly apparently lay an egg and a few days later saw this tiny caterpillar. 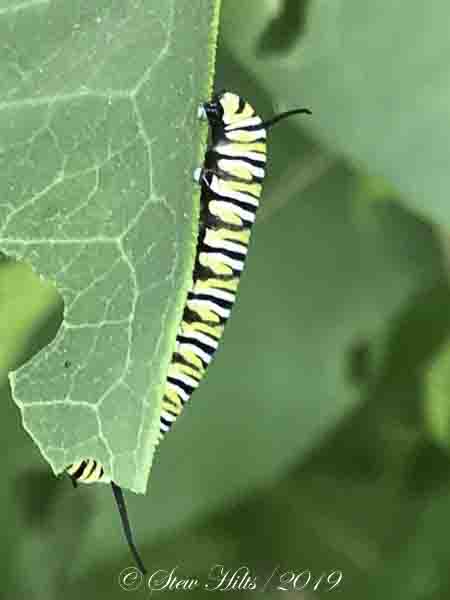 Then it got rapidly bigger, but sadly she went out to check one day and it was all tied down under the web of a garden attack spider.  I'll spare you the picture (which Mrs. F.G. was too upset to take anyway). 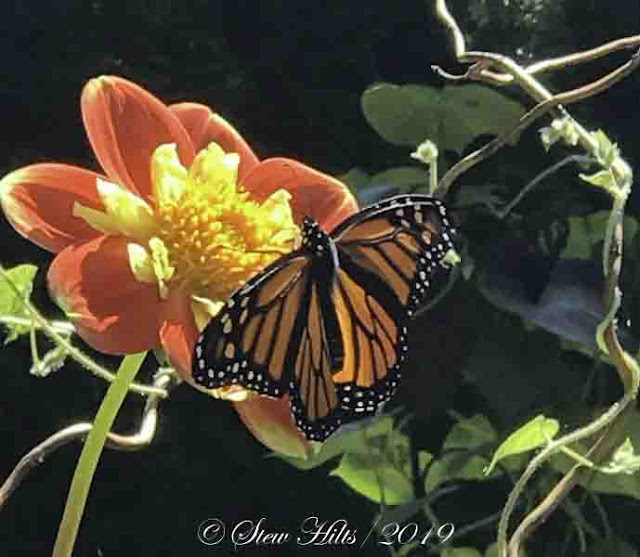 Never-the-less, we still had Monarchs, this time on a Dahlia.  Again these are Mrs.F.G's pictures. 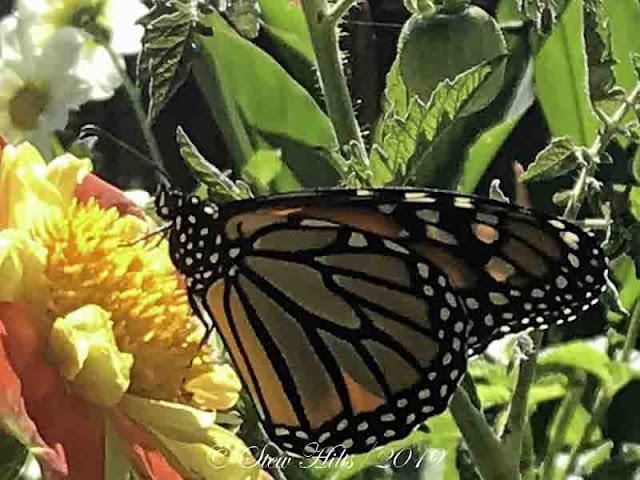 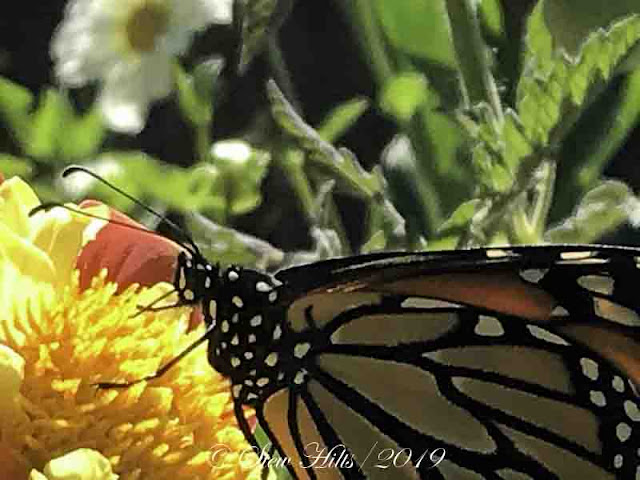 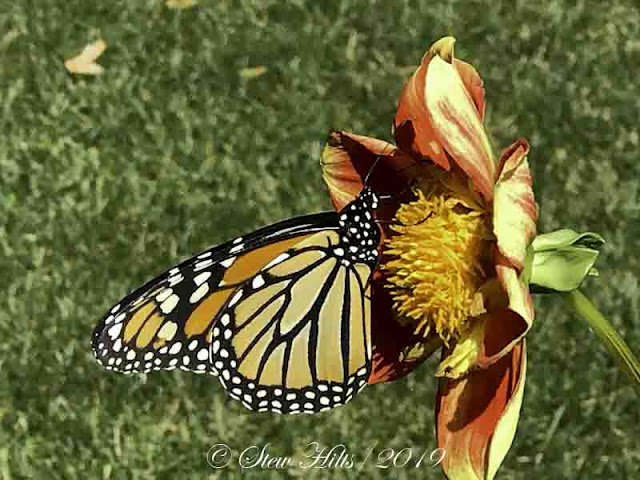 Pretty good for an iPhone camera, don't you think? 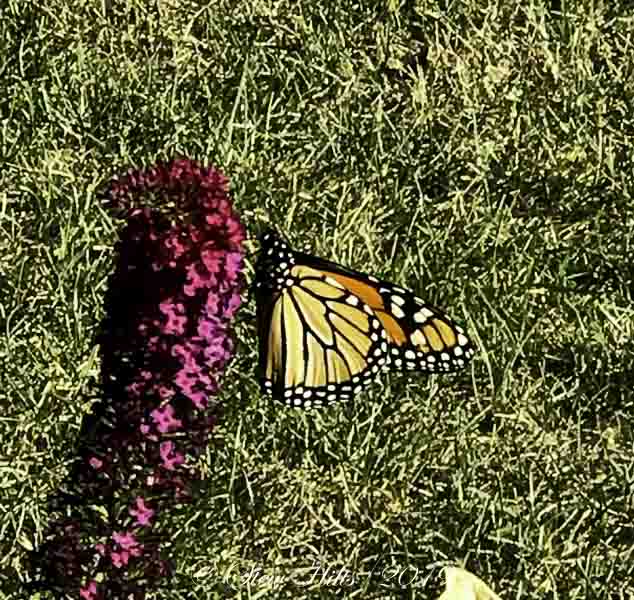 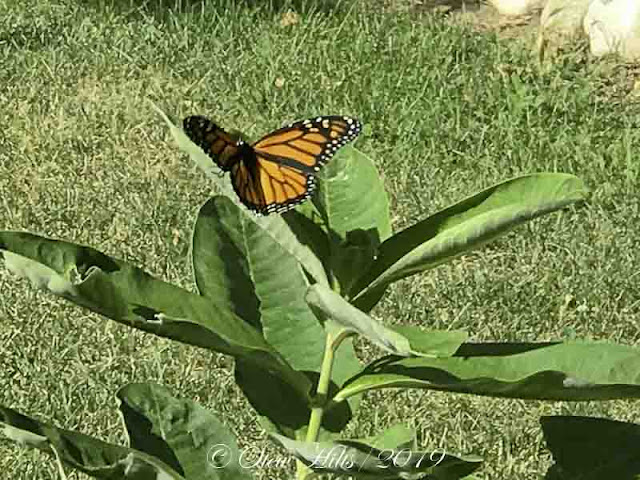 It's been back every day, in recent weeks feasting on the Butterfly Bush, and occasionally stopping at the Milkweed for a visit. 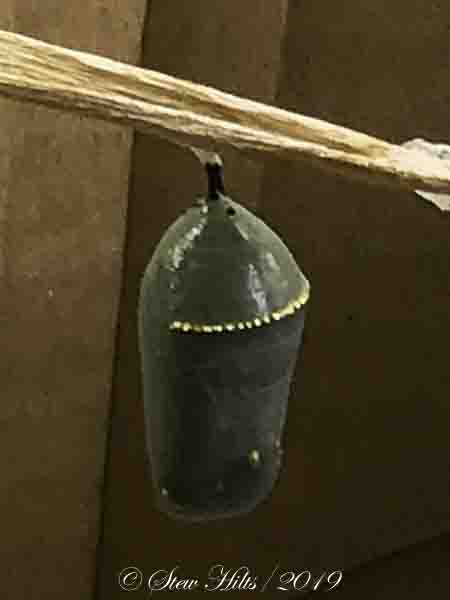 The closest we've come to seeing one hatch this year is this 'almost-ready-to-hatch' chrysallis that was found on some weeds that were already on the compost heap at our favourite veggie gardeners. 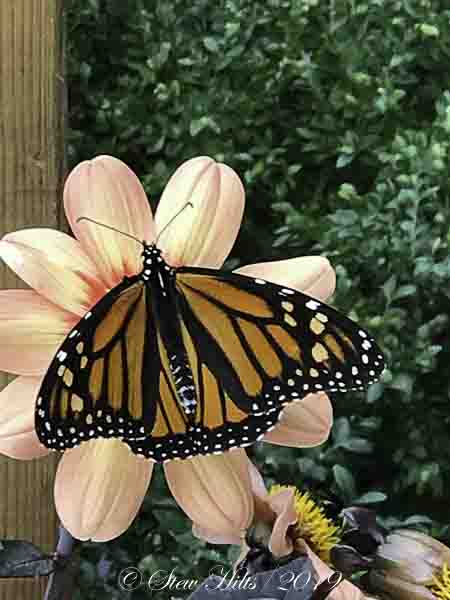 So I think it's been a good year for Monarchs here and I hope that bodes well for the future.