The Arborists at Work - cont'd

I found a group of pictures I had taken but lost, so now I have even more photos to share as we move toward the results.  It's been actually cold today, in my case cold enough for gloves.  But we've already had a busy day of church and stopping at farm markets.  To continue our story though, here's more of the arborists at work. 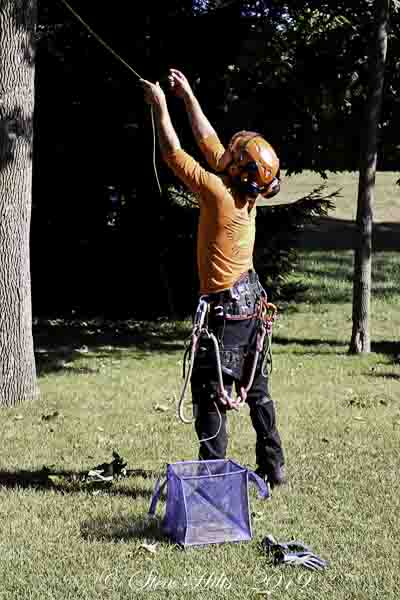 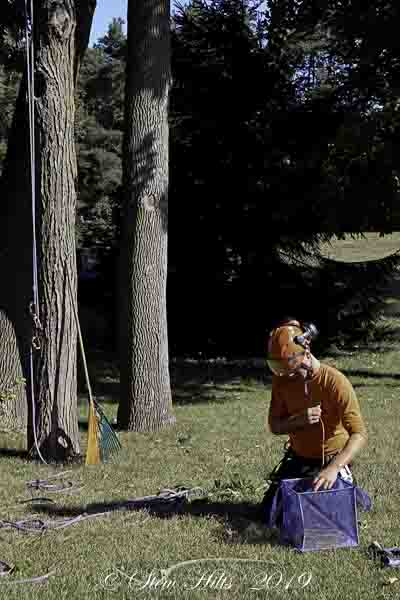 They started their work by 'setting the lines', throwing a small beanbag over a high branch and using that thin cord to pull up a larger rope.  This was the one time when they coiled up that rope very carefully afterwards. 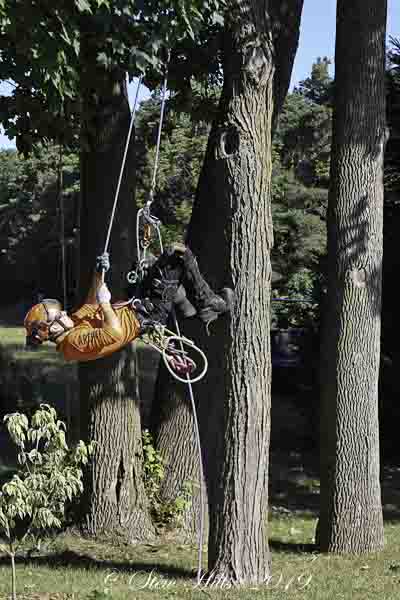 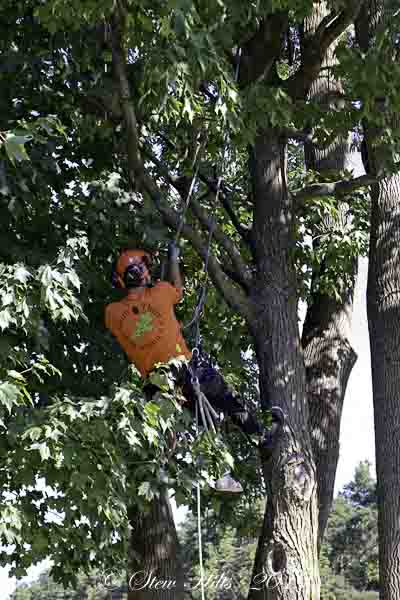 Then they scrambled up the trees to begin pruning branches. 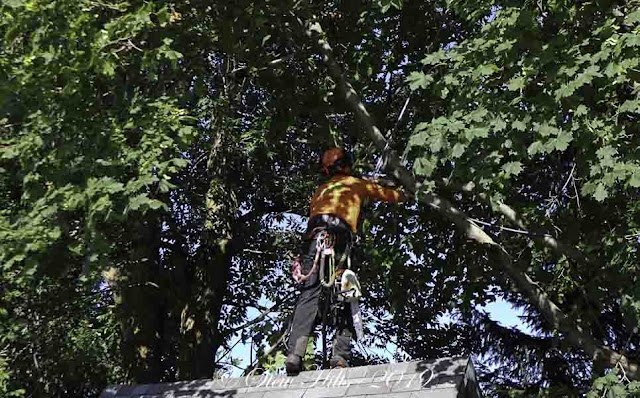 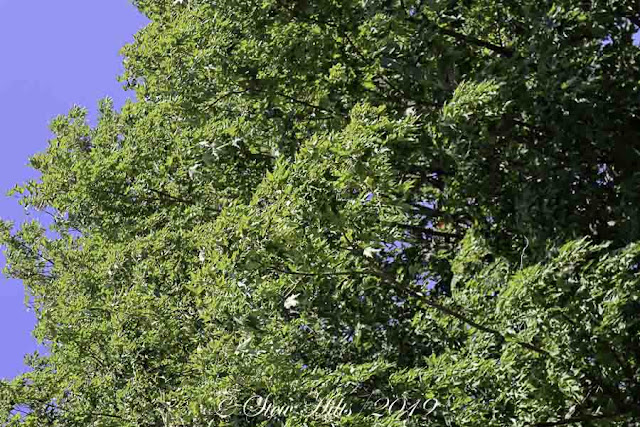 They worked for some time above our shed, but this was the place where they encouraged us to trim less than we had planned. 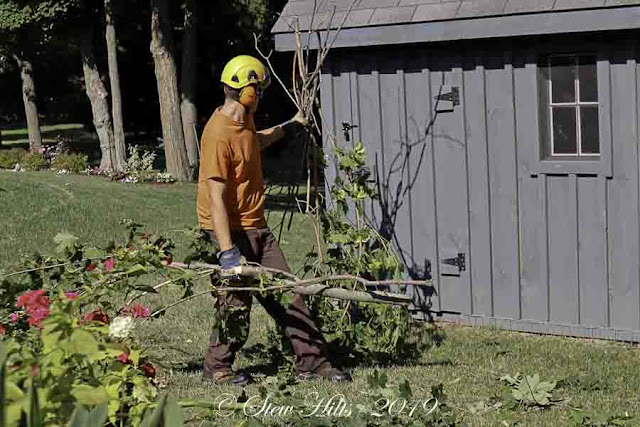 There were two novice assistants who did all the clean-up as the branches kept accumulating. 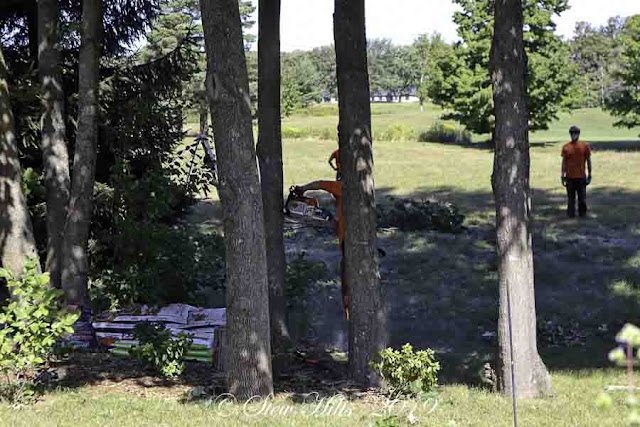 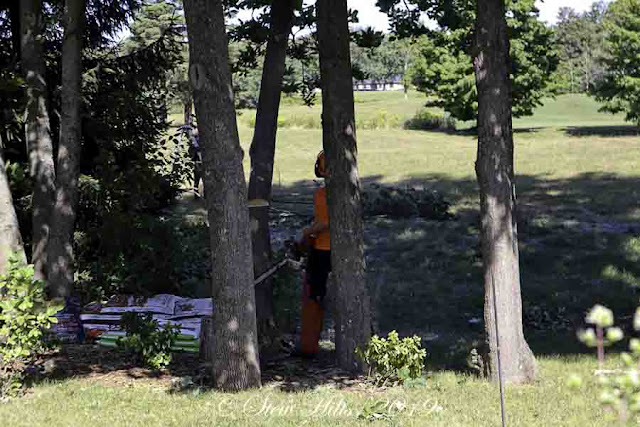 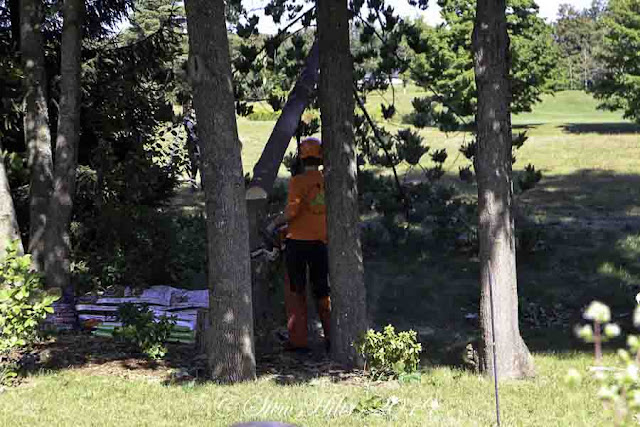 Then they tackled the three trees that they had encouraged us to remove entirely.  This one was only about 6" in diameter, so it was simply cut through and allowed to fall on the golf course (We did have permission). 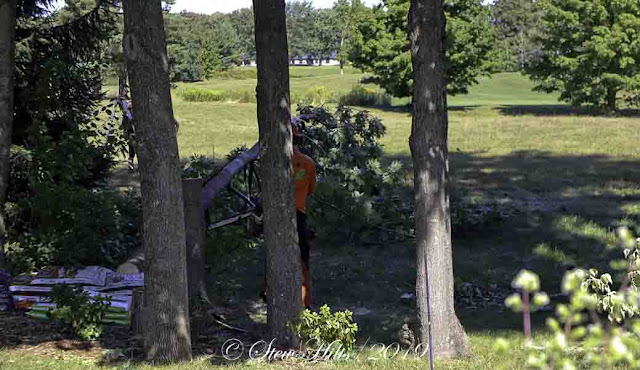 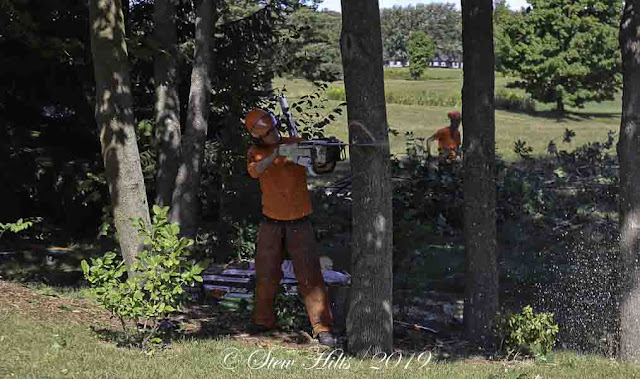 This one was about 10", and angled toward our backyard, so it was trimmed down to about a 12 foot log, and then that was directed with a wedge cut. 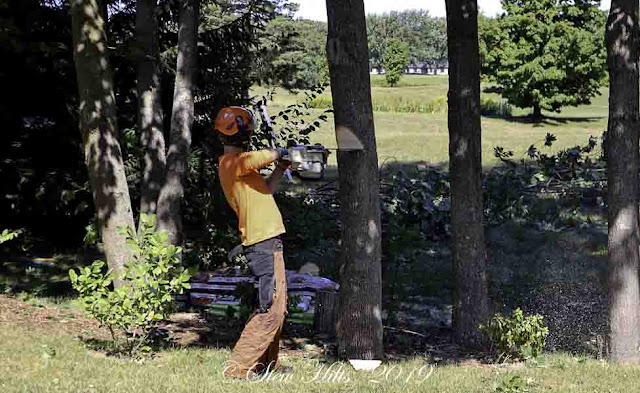 Cutting the wedge at the right angle to direct the fall. 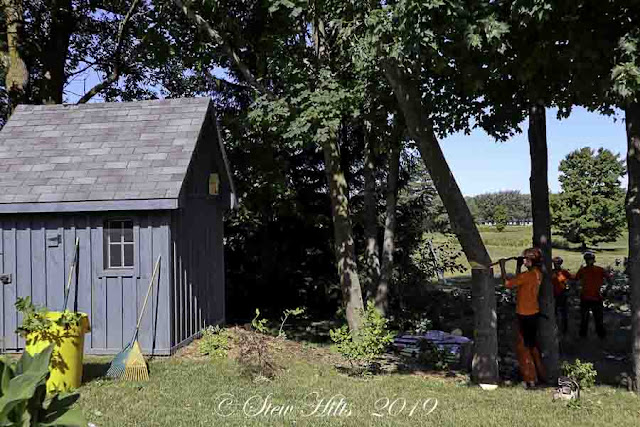 And down it comes,perfectly placed between our shed and the deck.  We chose to leave high stumps to put plant pots on next year. 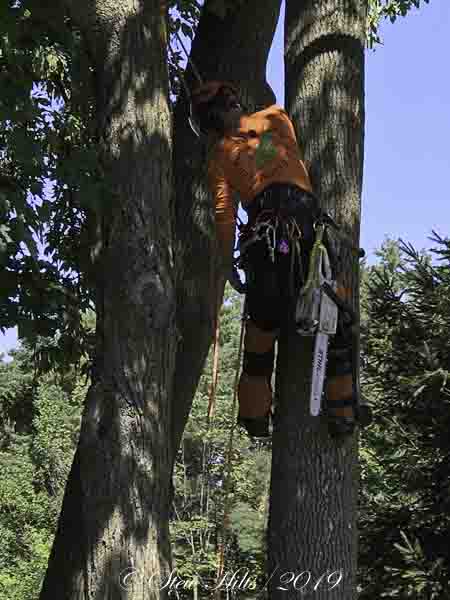 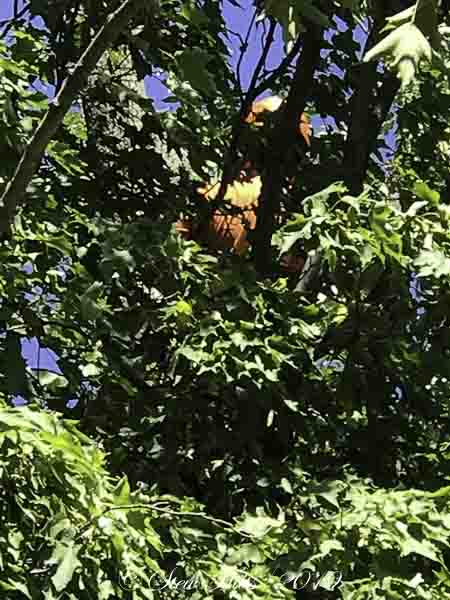 This bigger hollow tree had all the top branches trimmed out first, but that still left quite a tall trunk. 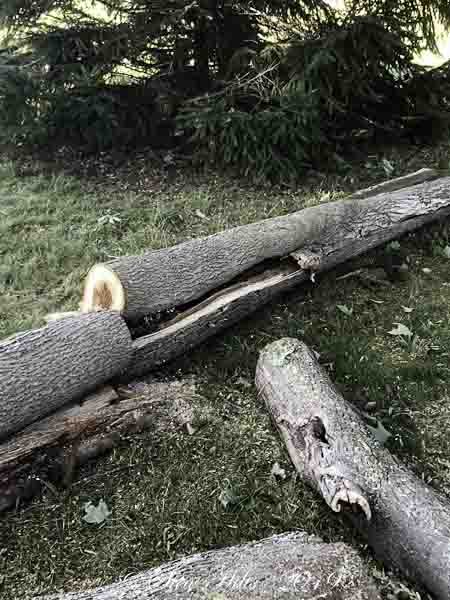 So it came down in big pieces, and we quickly realized just how rotten and hollow it was.

By the end of the day just the bigger logs were left. 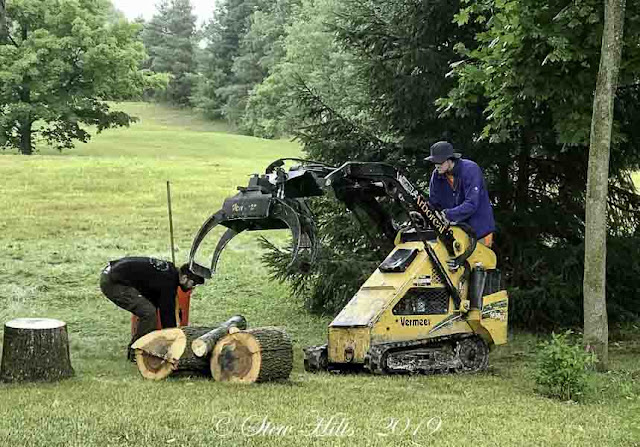 They did a wonderful job of cleaning up, one reason we hired this company.  The next morning this neat little grappler on travks arrived to take away all the big logs, completing the job. 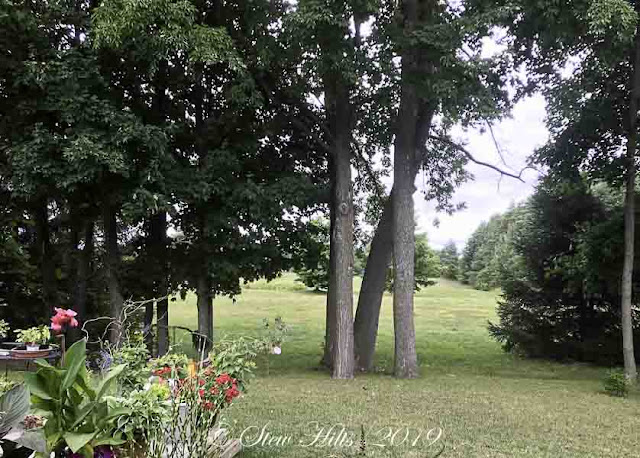 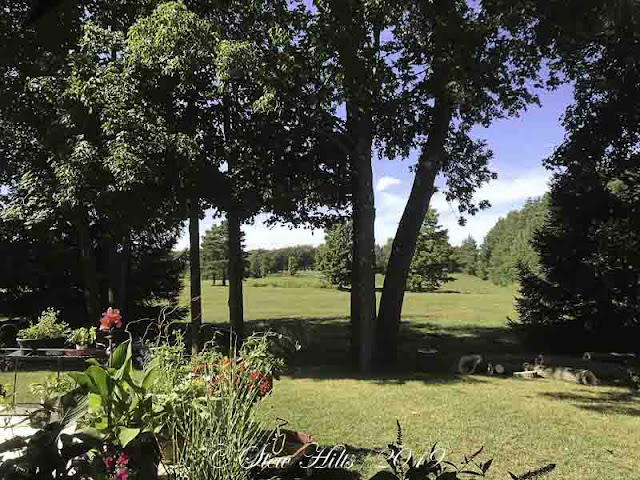 These are the before and after views, well, before the big logs were removed on Friday.  Can you tell the difference?  A more open view and some blue sky, more sun on some of our shrubs, but we still have our wall of Sugar Maples.  Three ash are gone, but in fact it doesn't make much difference to the view - a sign of a good arborist in charge.  We are very pleased.  Mind you we haven't got the bill yet.