Well now, this post is from way out in left field, indeed out of the ball park as far as the usual content of this blog is concerned.  But the other day an old friend from Guelph shared a historical piece on Facebook noting that the Earl of Orkney, Rognvald Kolsson was killed on that day in 1158.  He it was who started construction of St. Magnus Cathedral in Kirkwall.  So I'm taking you back nearly 1000 years for this post. 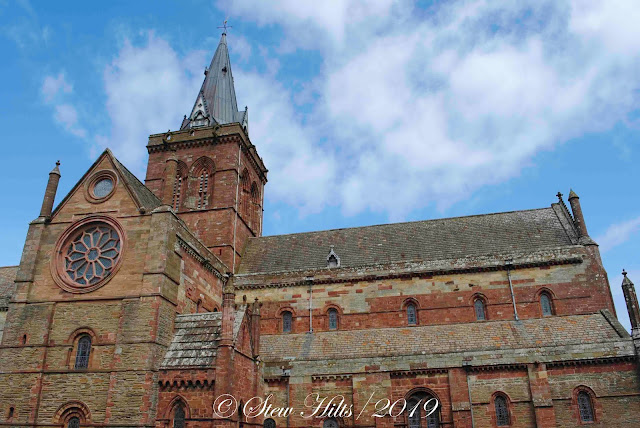 In those days Orkney belonged to Norway, not Scotland, and the Earls of Orkney, with their bloodthirsty Viking heritage, killed each other off regularly.  Rognvald's uncle, King Magnus,
a very peaceful man who later became a saint, had been traitorously murdered in 1117, and Rognvald became king vowing to build a great church in honour of his uncle, 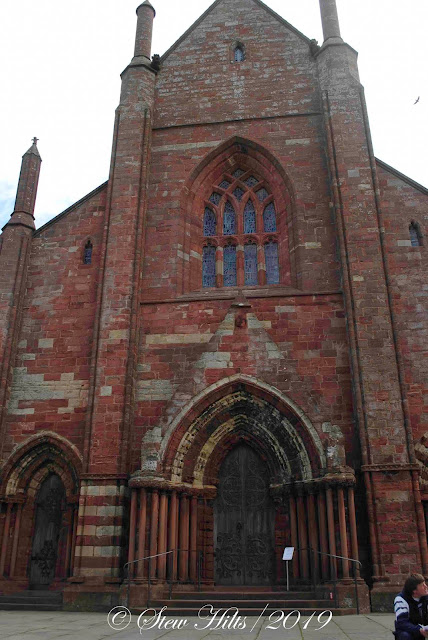 And a great church he built!  St. Magnus Cathedral is unique in Britain as both the northernmost cathedral, and the best example of two-stone decorative construction.  Unfortunately for photography, it's crowded in between other buildings in downtown Kirkwall, and not open while services are going on, but it is stunning. 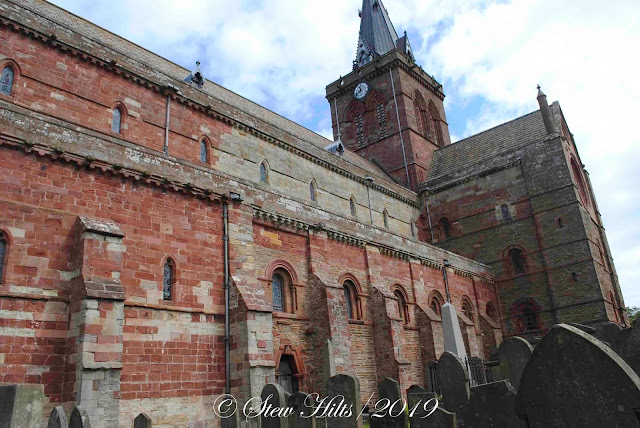 The bulk of the church, built in the 1100's, is Romanesque in style, with rounded arches over all the windows.  Stonemasons who had built other cathedrals in England and Scotland worked here. 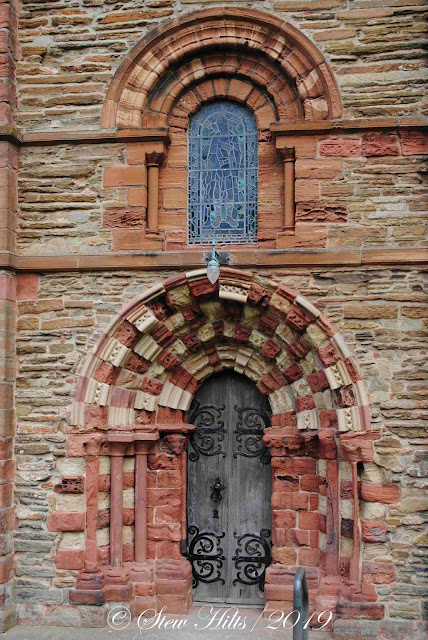 This window and door are perhaps one of the most stunning examples of Romanesque architecture with the contrasting stone colours surviving in Britain.  How many of today's buildings will be still standing and looking beautiful in 900 years? 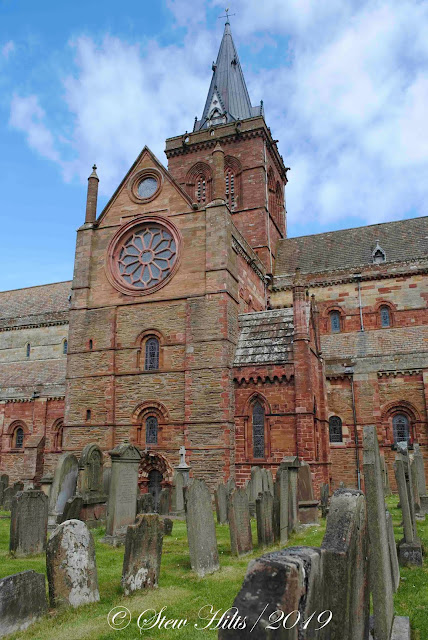 There are also two beautiful rose windows high in the walls.  The churchyard, as is typical with older churches, is a graveyard.  The steeple on top has replaced an earlier shorter one. 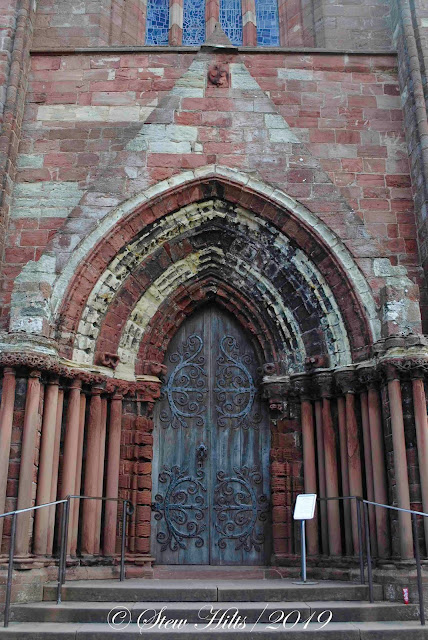 In contrast, though most visitors might not notice, the west façade and main entrance are much younger, only about 500 years old!  This door is distinctly gothic in style with its pointed arch, rather than Romanesque. 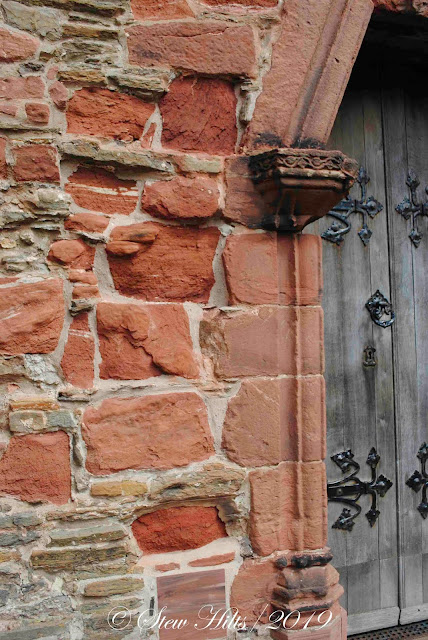 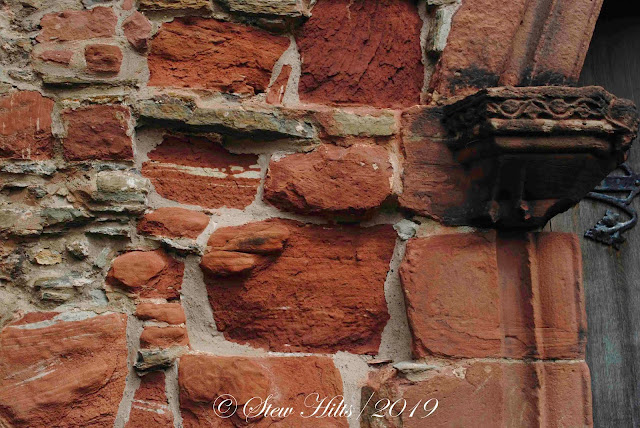 The cathedral is built of red and yellow sandstone, and here you can see how it does gradually erode over the centuries. 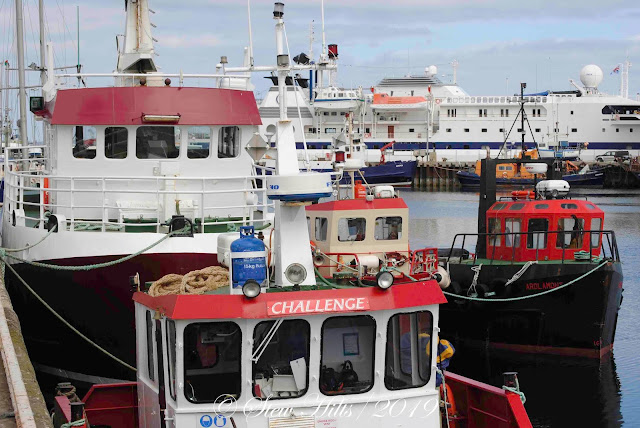 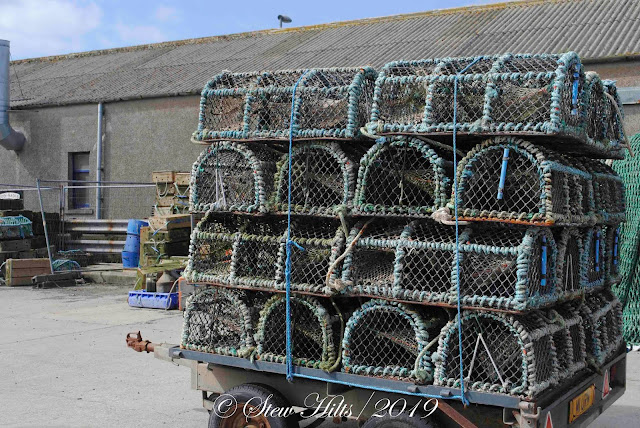 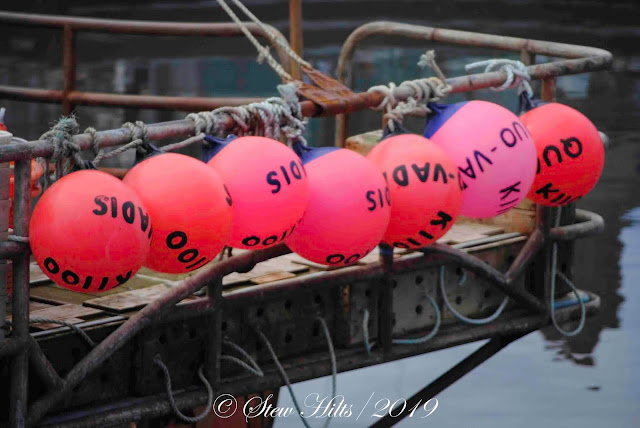 Kirkwall in Orkney is a fascinating place, with a harbour still devoted to fishing.  When we were there lobster pots and marker buoys decorated the docks.  Our ship is in the background.

Orkney is often referred to mistakenly (even by myself) as 'the Orkneys'.  It is an archipelago of about 70 islands off the northeast corner of Scotland in the North Sea.  Confusingly to visitors, the largest island with the capital, Kirkwall, is called 'Mainland'.  Tomorrow the stunning Neolithic sites on the island.