Misty Meadows Market was fabulous!  We first stopped when it was a small roadside stand.  It grew to a small store inside a house where we stopped many times.  Over the years it added an outdoor veggie stand in season, and a small chip stand.  Now it's this huge modern grocery store.  We were very impressed. 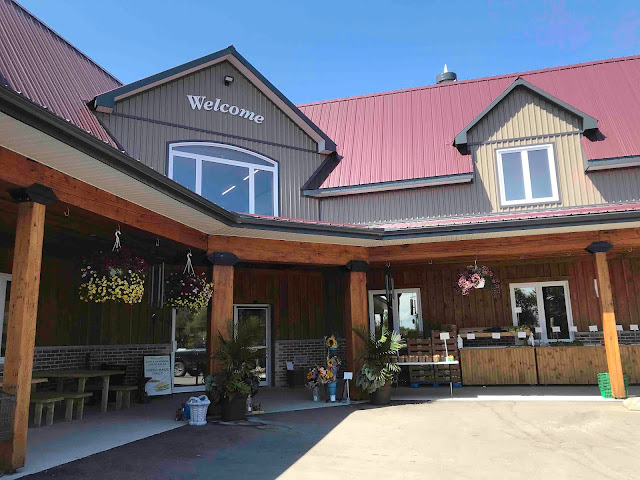 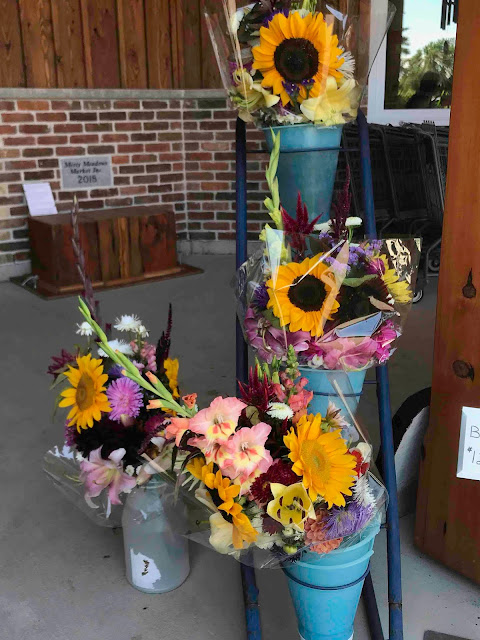 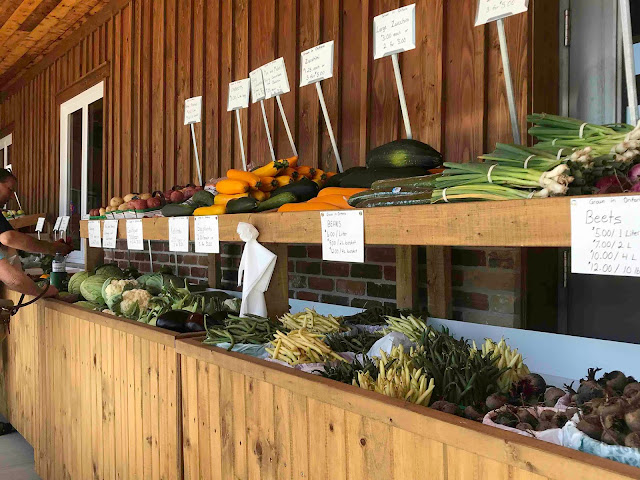 And lots of fresh things out front, from cut flowers to a long veggie stand. 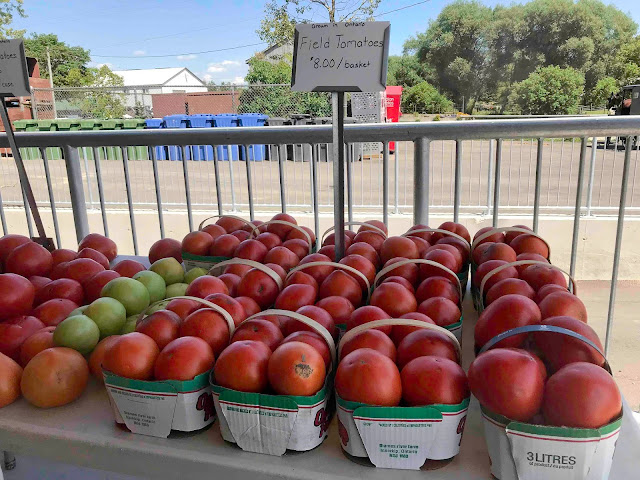 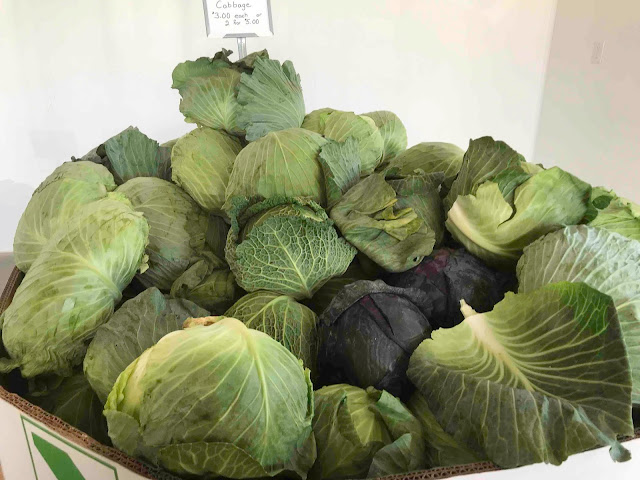 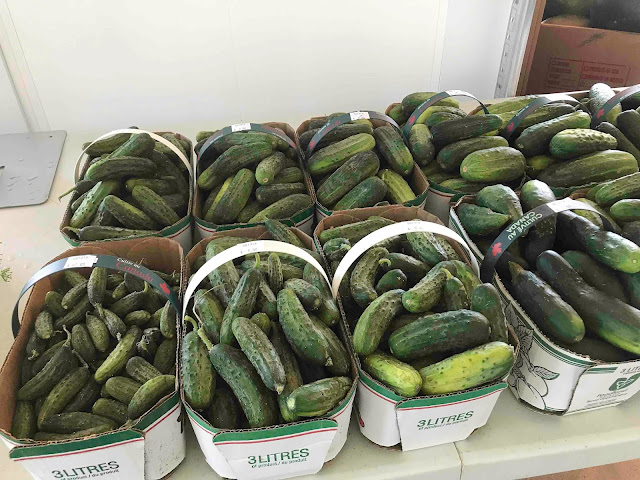 This is a great place to get bulk veggies like small cukes for making pickles.  We were there for peaches for making jam. 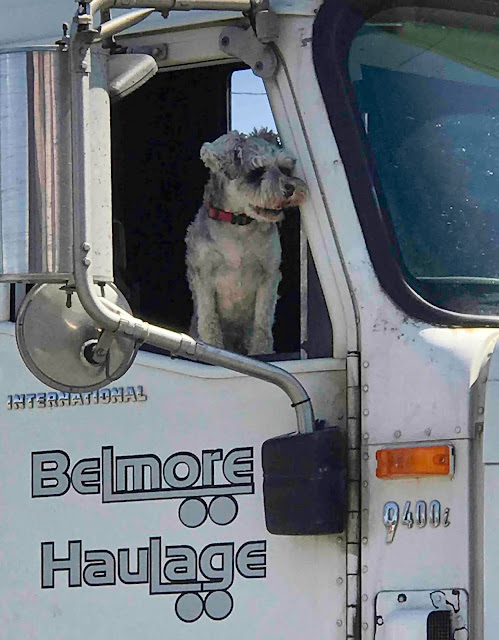 A transport truck was there unloading a few things (probably from the Mennonite run Bruce-Huron Produce Auction near Lucknow).  This dog looked out from the front seat. 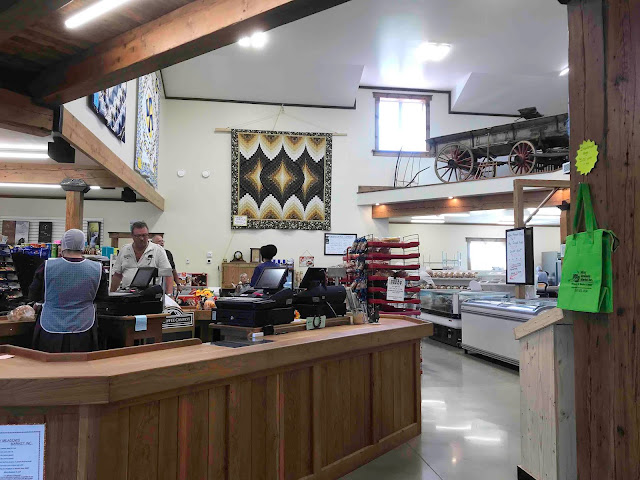 Inside the store was bright, roomy and clean. 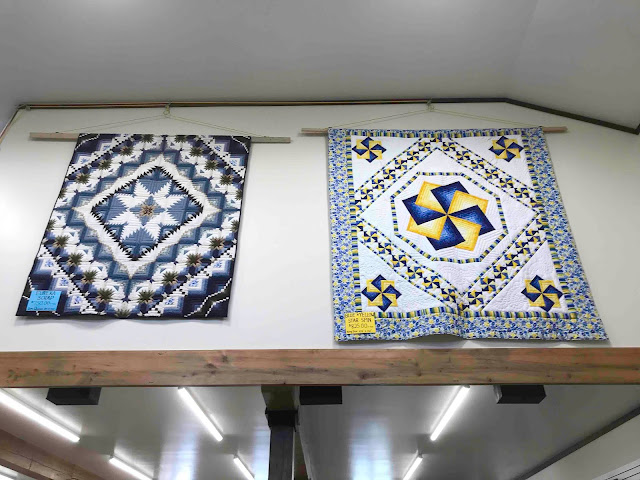 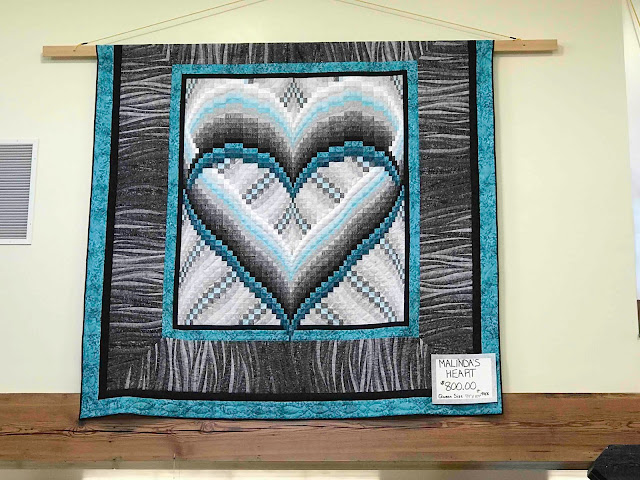 The Mennonite-made quilts on the upper walls were striking, and all remarkably cheap, less than $1000.00.  That's probably a good deal less than $10.00 an hour! 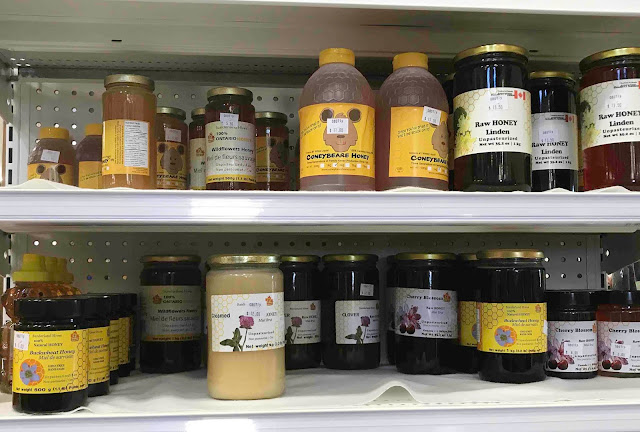 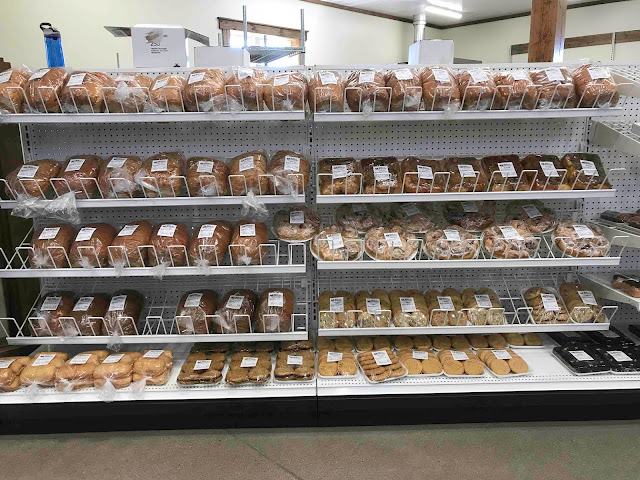 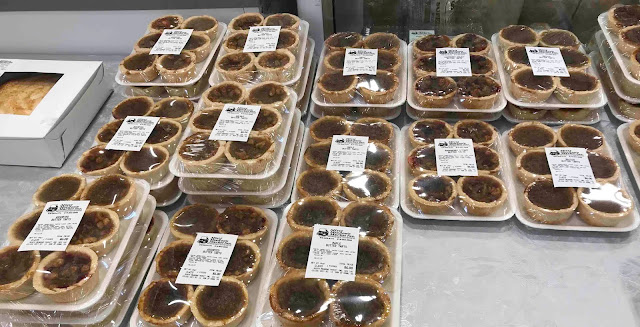 There were more kinds of honey than I've ever seen, and lots of baking, including of course butter tarts. 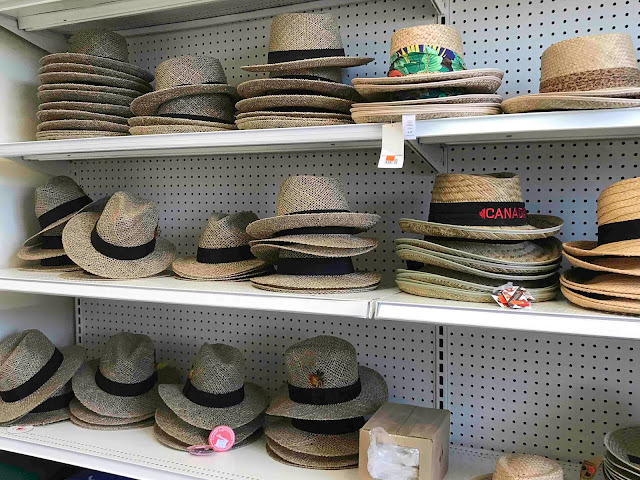 Mennonites don't play a lot of musical instruments, though some churches are known for their beautiful four-part acapella singing.  But they obviously play the harmonica.  There were two shelves of these, at prices up to $400.00.  The straw hats always appeal to me. 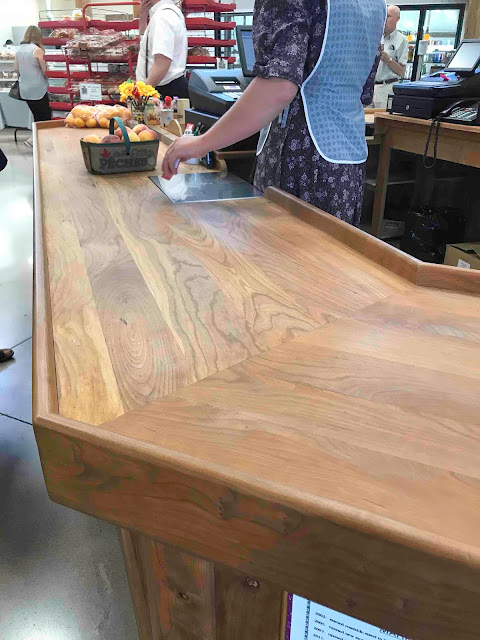 Even the checkout counter was beautiful, polished wood made by a local carpenter. 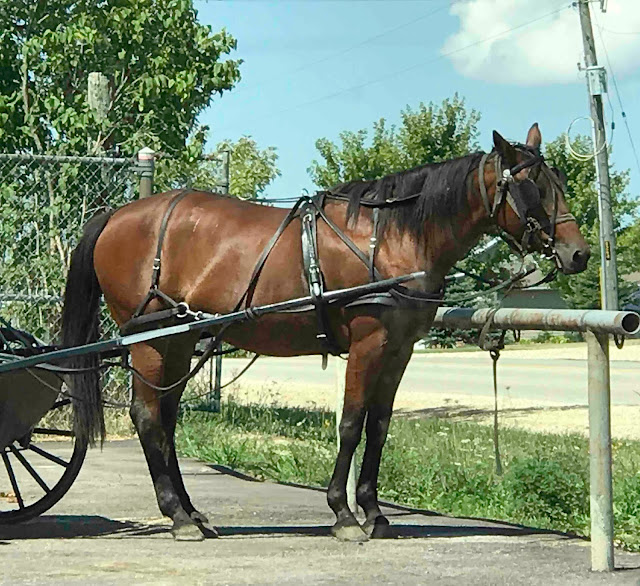 We said good-bye to the horse and headed home with our peaches.

A Note on the Mennonite Culture

I'm not Mennonite, but I sense that there is a lot of local misunderstanding of the Mennonite culture because Mennonites do tend to form a community unto themselves, with their own churches and schools.  We also tend to base our judgements on seeing 'horse and buggy' Mennonites, while actually these Old Order Mennonites (or possibly Amish) represent only 10-20% of Mennonites in the community.

Mennonite churches believe strongly in the importance of family and local community, usually associated with a particular local church.  Decisions are made locally and thus over time tremendous variation evolves compared to mainstream churches, from very traditional and conservative to quite modern.  Many Mennonites would be indistinguishable from you or I in appearance, though their personal commitment to living a life of peace and love might be different (and admirable).

Thus you can't tell a Mennonite by whether they have electricity on the farm, whether they use tractors, or whether they drive modern cars.  There are an increasing number of Mennonites in Grey County, and I'd like tp learn more about their culture.