Meaford boasts an active sailing school, directed primarily (I think) at young teenagers.  They have their own building on the harbour, and a small fleet of sailing dinghies tied up at their own dock.  I was downtown last week heading for the museum, also on the waterfront, when I saw a class head out for some practical training. 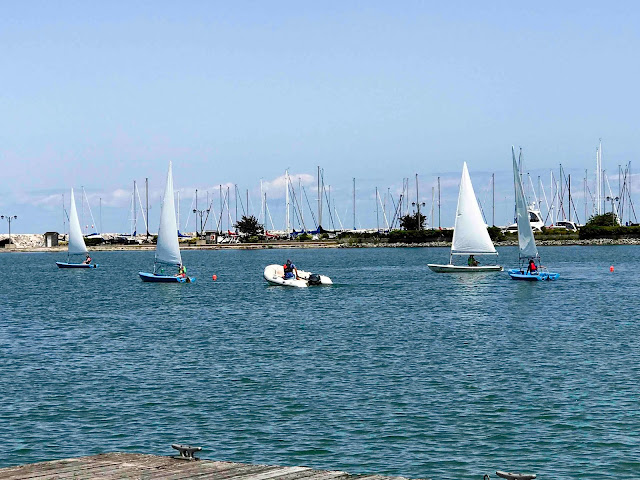 The class of four little boats heads out, with an instructor in a zodiac. 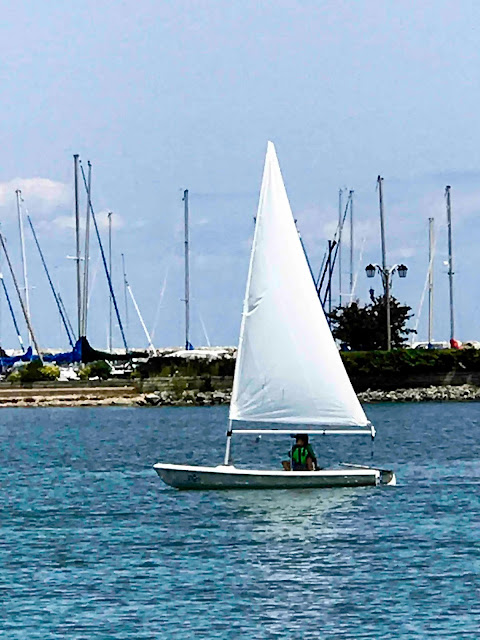 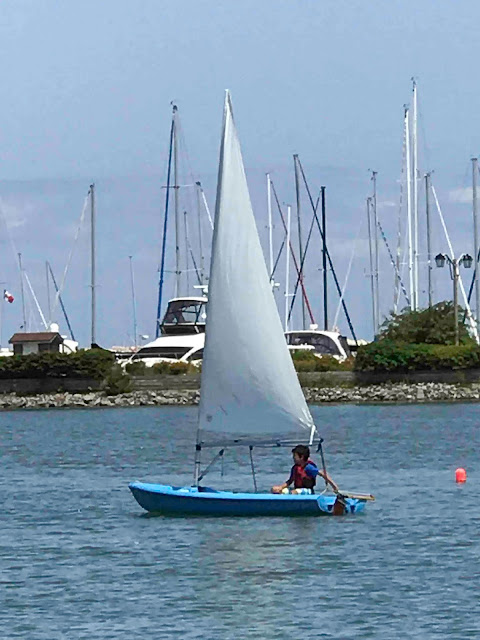 I do know one young lady who signed up for the week-long sailing camp a few years back.  Based on knowing her, I judge the age of students to be in the 10-15 year age range. 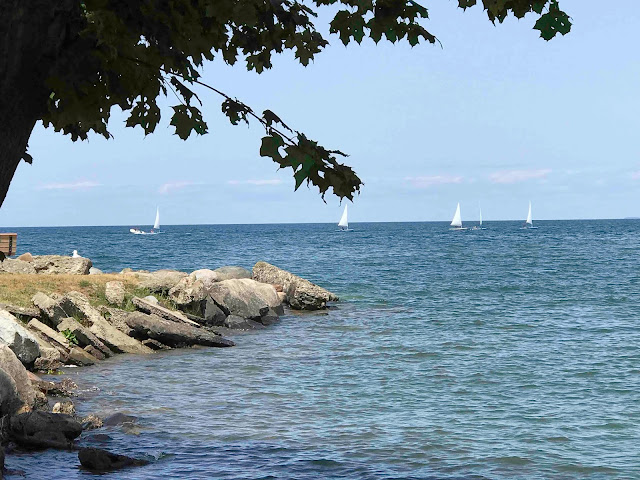 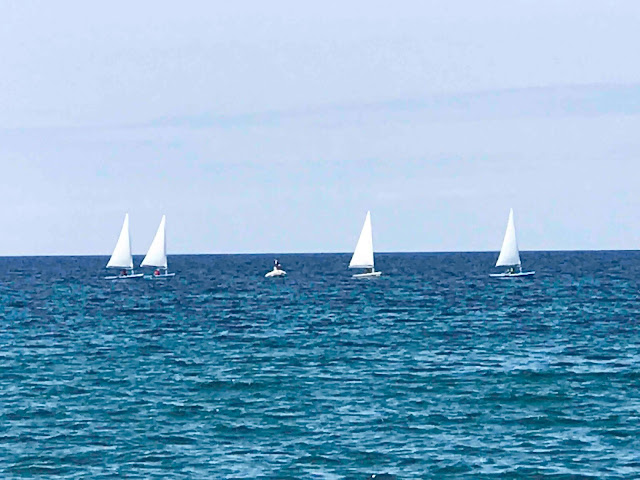 I spent some useful time in the museum (though not as useful as I had hoped), and then rode down to the shoreline park where Mrs. F.G. was going to  meet me.  Out in the bay I could see quite a few small sailboats, including this class of four. 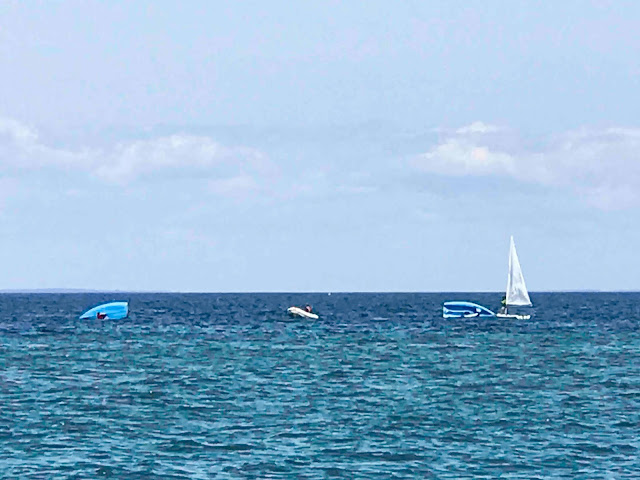 Moments later I was a little worried to see two of the boats go over! 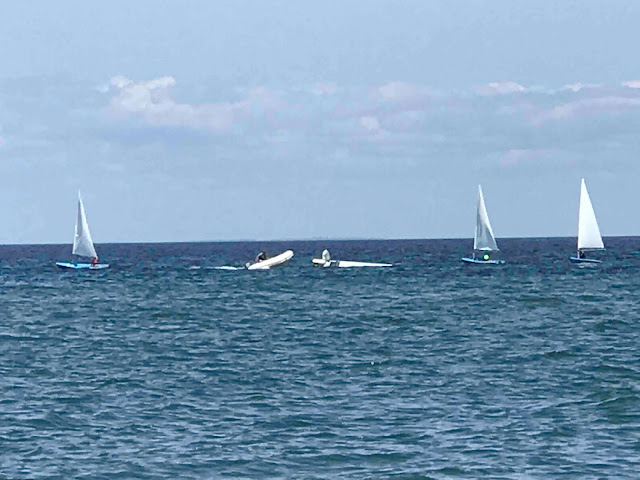 But my worry only lasted a moment or two, as I saw one of the boats pop back up again. And a moment later, the other popped back up.  Obviously this was part of the sailing lesson, so nothing to worry about.

Soon the lesson was over and they headed back into the harbour.  Just another summer day in the sun here in Meaford!