It was a wonderful clear starry night two days ago, and I headed out at 11 p.m. with my camera and my tripod.  The Weather Network had suggested we might see Northern Lights even this far south in Canada, but no such luck.  However there were billions of stars! 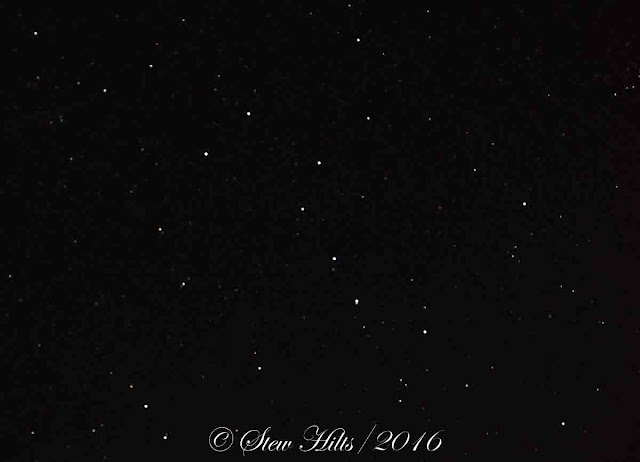 Perhaps the most easily recognized constellation, the Big Dipper, was almost directly overhead, and therefore upside down. 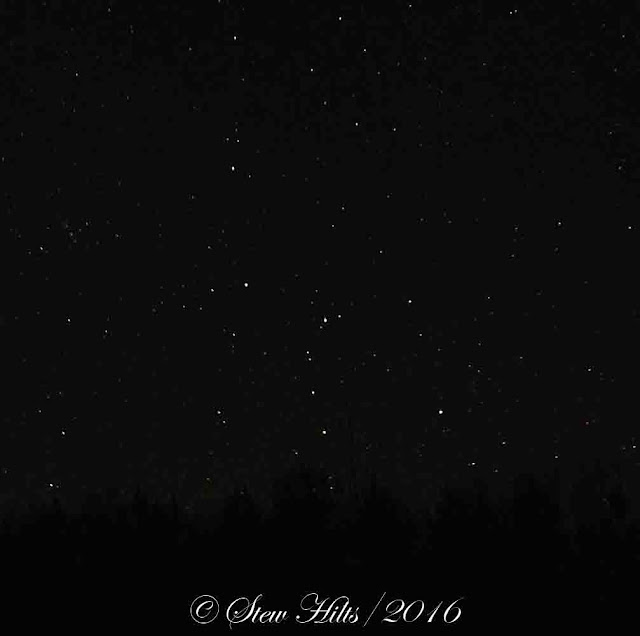 And across the North Star from the Big Dipper, down near the northern horizon, was Cassiopeia, the 'Big W'.  It's a rather distorted 'W', but you can probably pick it out here in the centre of the picture, at a 60° angle.

This is exactly the same picture, but I just edited it to increase the exposure, making thousands more stars visible.  It shows how amazing the universe is, but it actually makes it harder to pick out individual constellations, because there are so many stars it's confusing. 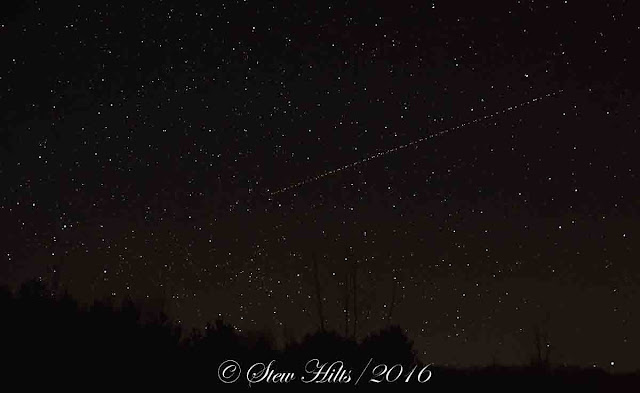 The 'Big W' still shows up on the left of this picture, but it also captures part of the constellation Draco, the Dragon.  Its head is that awkward rhomboid shape on the right hand side of the picture.  And just left of centre is the constellation Cepheus, but I couldn't figure out which of these many stars match it.  The line of flashing light is a plane headed into Toronto Airport in a 30 second exposure. 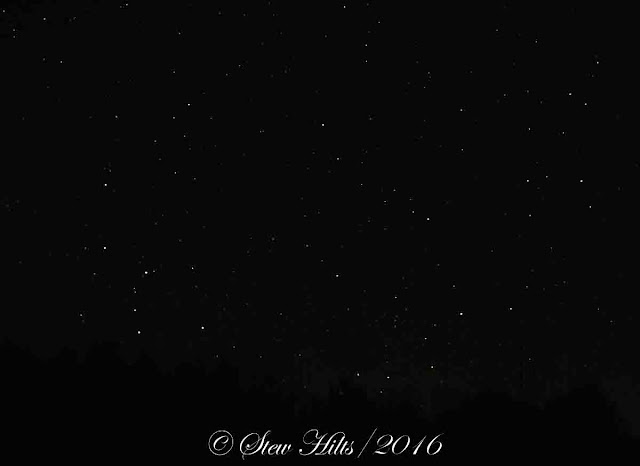 But in a darker photo, cropped down a little, Cepheus becomes very obvious.  That's the 'Big W' on the left, and on the right of centre is a distorted square, with a fifth star far about it like a high-peaked roof on a house; those five stars are Cepheus. 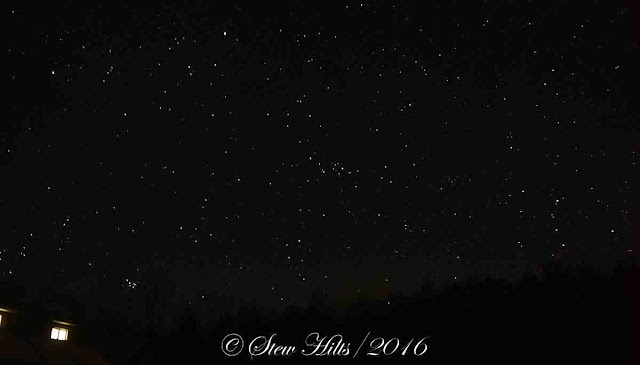 Looking to the west of the 'Big W', which you can see on the right hand side here, are another group of constellations.  The most obvious is the small dense cluster of stars down near our house, the Pleiades, or Seven Sisters.  Right in the middle of the picture, where there's a confused group of stars, is the constellation Perseus, 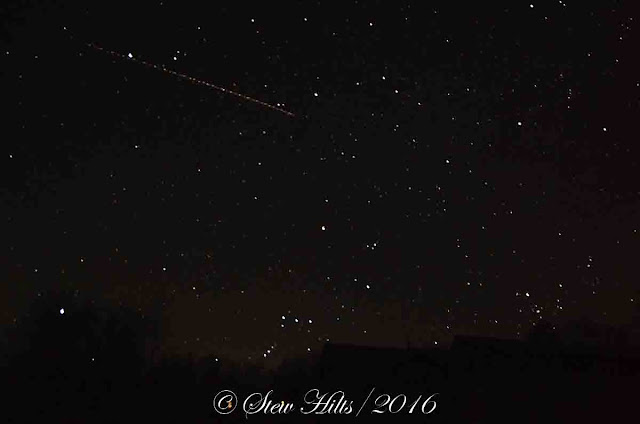 Looking west you can see the well known constellation Orion, the Hunter.  It's a winter constellation here, and at this season it's disappearing, the lower right star already below the horizon, the whole constellation on a 45° angle.  Three stars in the middle make up its belt, and three smaller ones below form its sword.  The top bright star of the left shoulder is Betelgeuse, a red giant.  And another plane, this one leaving Toronto, and heading west. 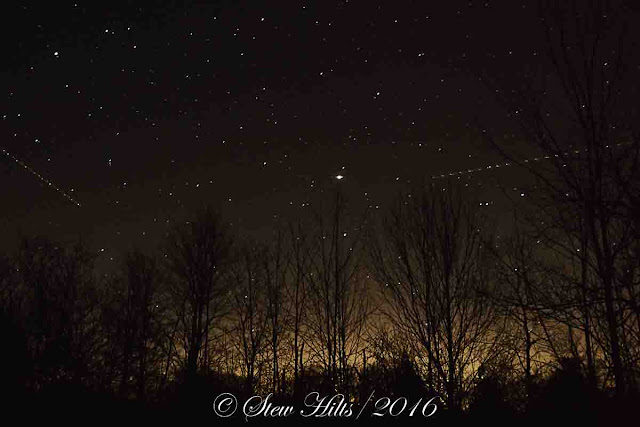 And looking south you can see Jupiter, the largest of our planets, now passing through the constellation Virgo, just above the bright star Spica in the centre of the picture.  Two more planes headed into Toronto, and the glowing lights of Toronto on the horizon, 100 km. away.

Just for fun, a car going past on the road.  I heard it coming and turned the tripod to capture it.

If you're interested in the photography, all of these were 30 second exposures, with the camera on a tripod, the aperture set wide open (on this lens that was f/3.5), ISO 1600, and focal length 18 mm.  This meant setting the camera on Manual, in which case 30 seconds is the longest exposure I can take without holding down the shutter.  But stars move, and 30 seconds is a bit long, because the stars move slightly in this time.  Sharper (but darker) pictures would result at 15 second exposures.  Some editing was done to effectively increase the exposure even longer.

You may wonder at my listing names of the constellations, and recognizing them, but this has been a favourite interest for a long time.  My dad taught navigation during WWII, by the stars in those days, flying over rural Manitoba and teaching how to recognize the constellations.  To be honest I've always had trouble beyond the easy three (the Big Dipper, the Big W, and Orion), but I sat here for two hours tonight with my Field Guide to the Stars and Planets, and these photographs, and slowly figured out at least some of what was what.  Never before have I actually been able to successfully identify this many constellations, so I'm pleased.  You may get more star photos in the future!