A Walk in the Woods

The other day I went for a walk in the woods, a nice bushwacking spring walk through the woods next door, where the snow was melting fast.  No need for snowshoes anymore, and a special time in the woods before the leaves starting thinking about coming out. 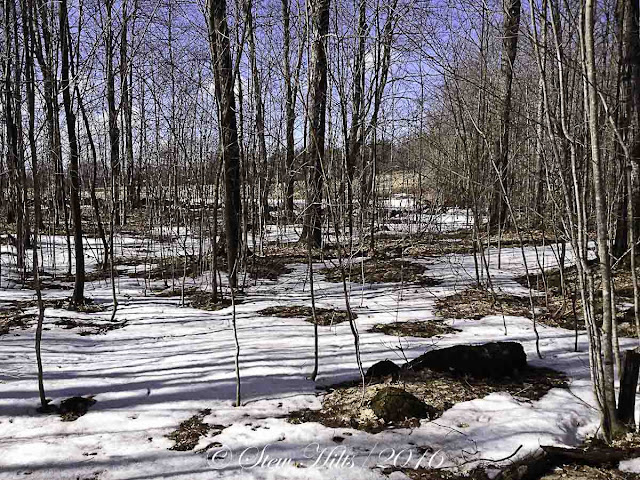 Parts of the woods still had a fair bit of snow on the ground, I suspect here because it blew in off the field and was deeper than average. 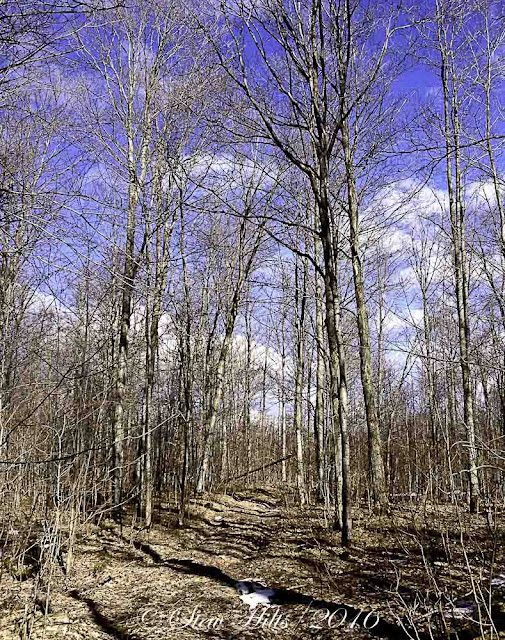 Other parts, including the old tractor trail I walked in on, had almost no snow left at all. 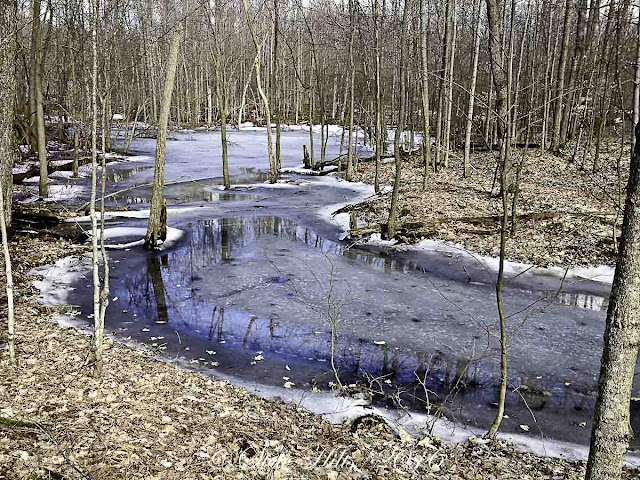 There's an interesting small forested wetland in the woods, which is melting, but won't lose all it's ice for quite awhile yet.  This becomes an oasis of interesting plant life later in the season. 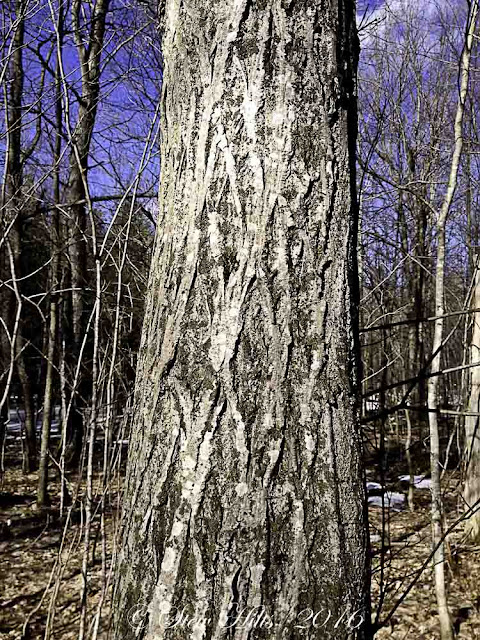 I've noticed one Butternut tree in the woods, a tree that is endangered in Ontario because of the Butternut Canker disease.  It's easy to identify with those flat strips on the bark, winding up the trunk. 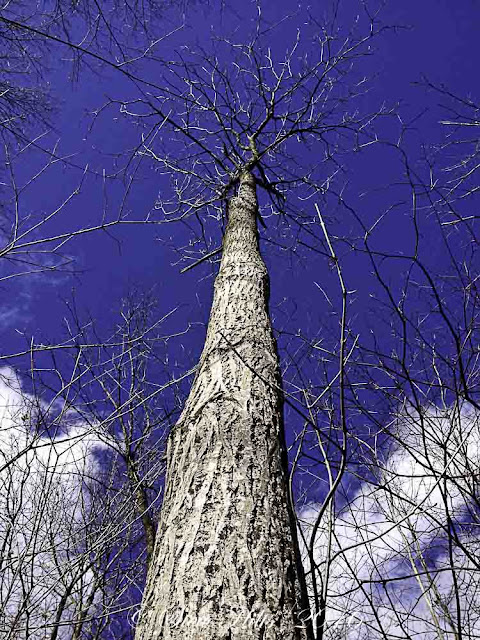 Looking upwards it appeared that this tree was still healthy.  At least it wasn't already full of dead branches.  I'll have to keep an eye on it over the summer. 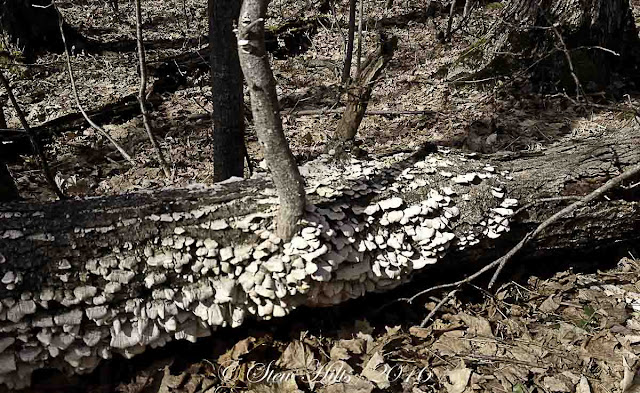 A fallen log was decorated with hundreds of tiny white bracket fungi. 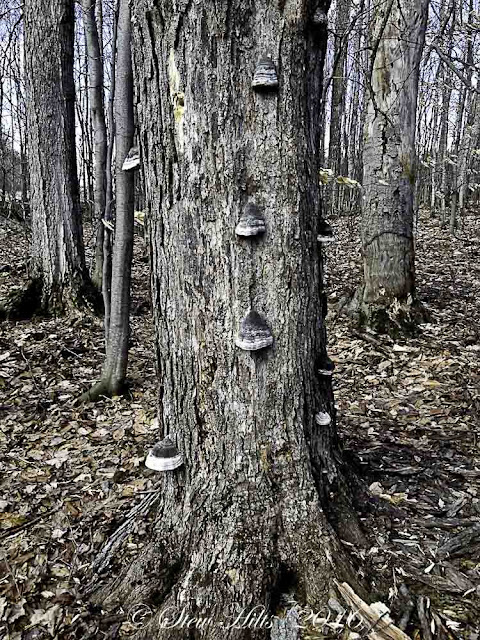 And this tree is infested with the Hoof Fungus, also called the Ice-Man Fungus, as the Ice-Man had some of this in his pack, apparently used as tinder for starting fires (5000 years ago). 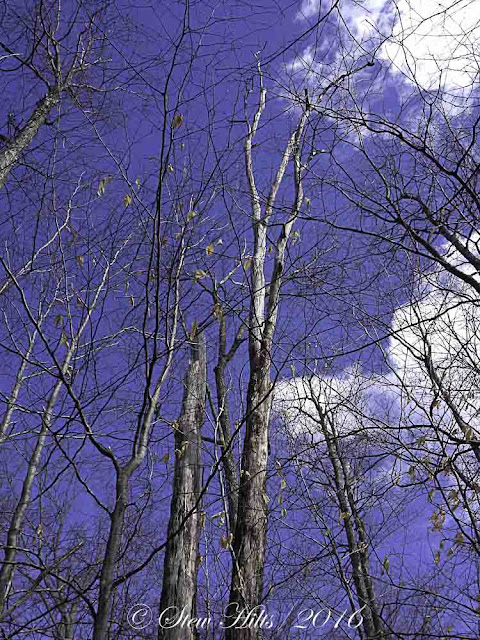 Although the bark at ground level still looked ok, looking up I saw that the entire tree was already dead. 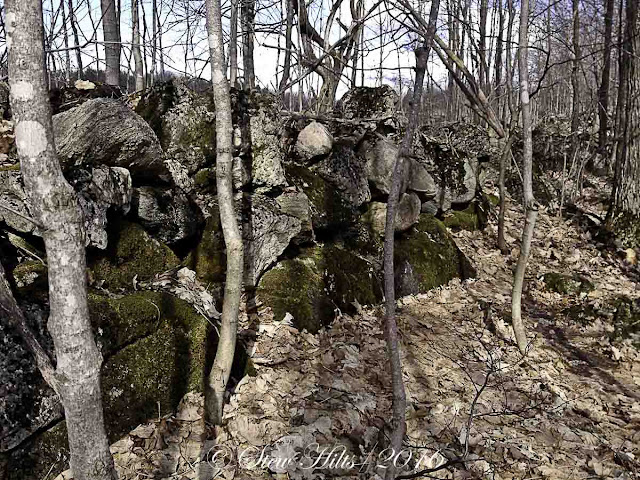 I left the trail and worked my way in a big circle to the farthest corner of the woods, where this nice old stone fence borders the field. 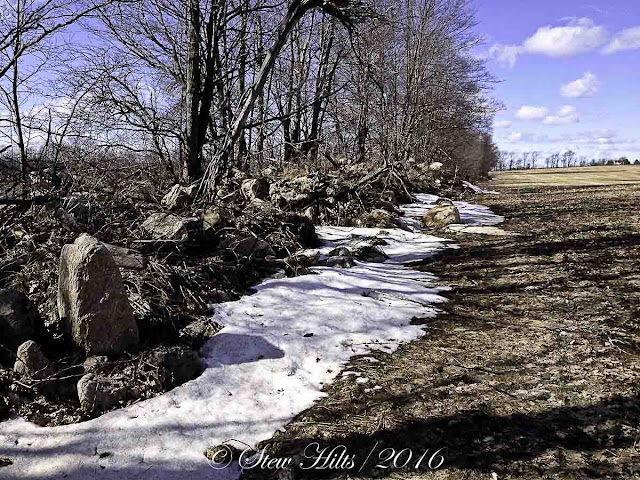 A big contrast is the long pile of rocks and tree stumps bulldozed up around the field from clearing of other fencerows a few years back.  I'm afraid this is part of the new face of agriculture. 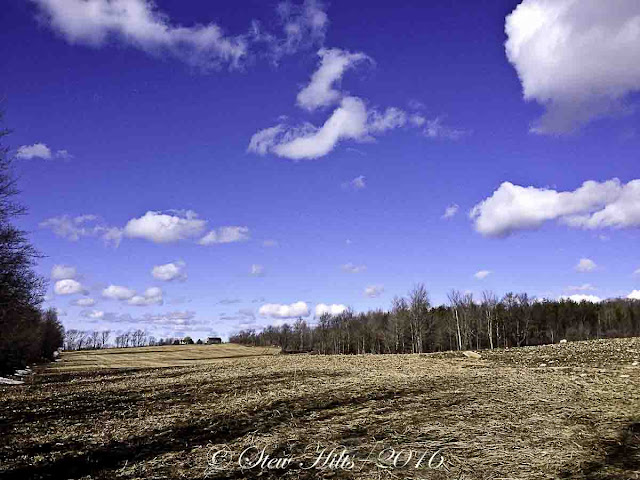 You can now see all the way to the far end of the farm where the house and barn are, a view that was formerly broken by three separate fencerows, breaking this view into three separate fields. 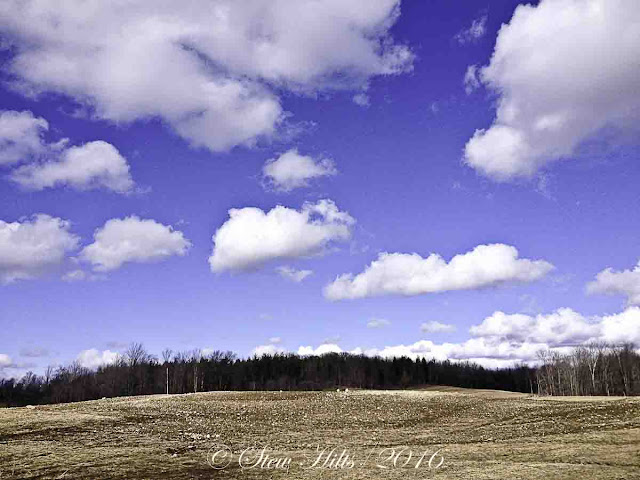 But if you ignore that, the view over the rest of the back field was beautiful on this particular day, with small white clouds scudding across a blue sky.

Several of you commented on our cold temperatures here, after my shots of ice on Georgian Bay the past two days.  But to us, this is not cold unless there's a wind.  It's normal spring weather, when most of the snow cover is gone, the solid ice is gone, temperatures have risen from -10 or -15°C (5 - 15°F) and are now hovering around freezing, probably below freezing at night and above during the day, at least by after lunch.  It's all part of that transition from 'real' winter to 'real' spring.  And it's great weather to get out walking.