Winter temperatures have revisited us the past two days, with a stiff Arctic breeze to boot.  It was -16°C here this morning, and though the sun came out and it was a beautiful day, it remained cold.  We headed out for a drive in that bright afternoon sun and ended up at Thornbury harbour, overlooking Georgian Bay again. 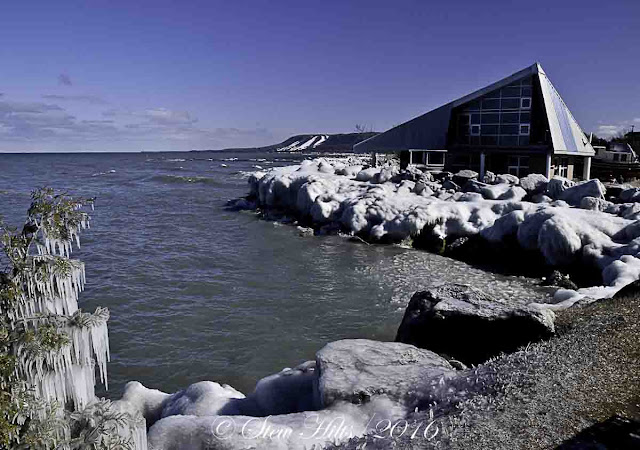 The harbour-master's cabin at the Thornbury Marina, with the Georgian Peaks Ski Club on Blue Mountain in the distance.  Obviously the waves had been crashing on the rocks here, rapidly building up a heavy coating of ice on and over the boulders at this corner. 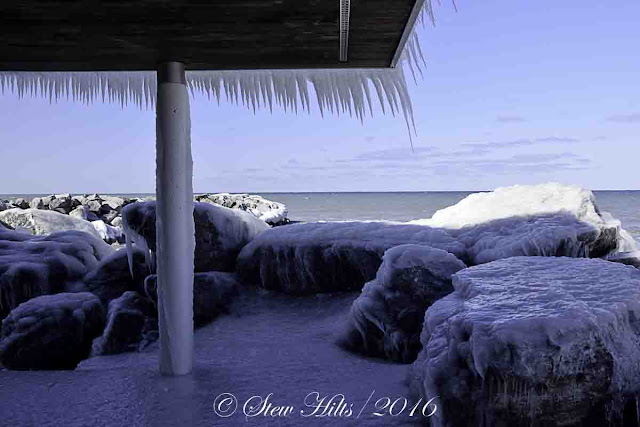 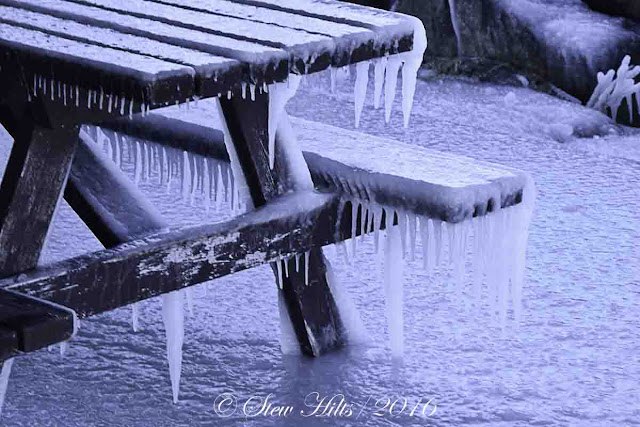 The roof, the boulders, even the picnic table were totally iced over, and we had to watch our footing to avoid the ice on the sidewalk. 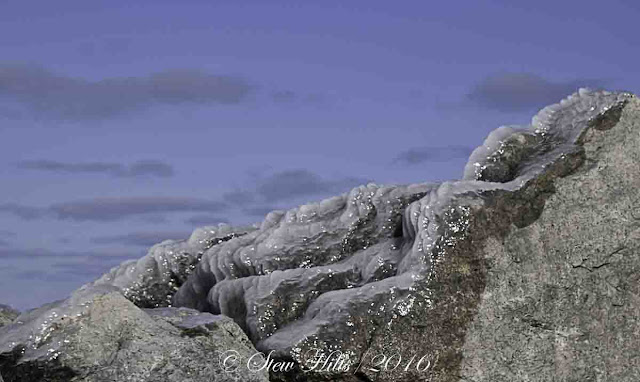 The ice on the boulders ranged from several inches thick near the waterline, to a thin slimy looking film up on top of the breakwall. 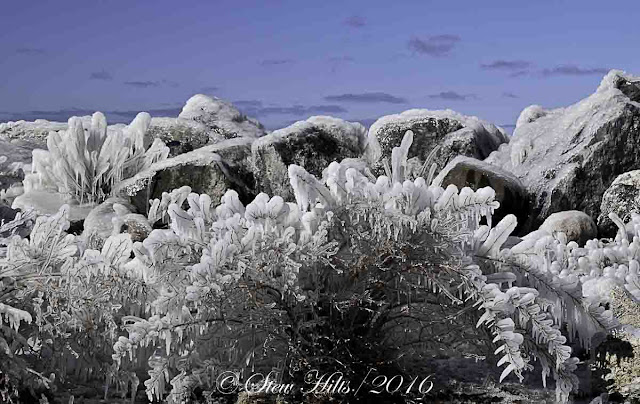 But it was a little patch of shrubs behind the boulder wall that looked most interesting in its coating of white ice.  Take a look at these: 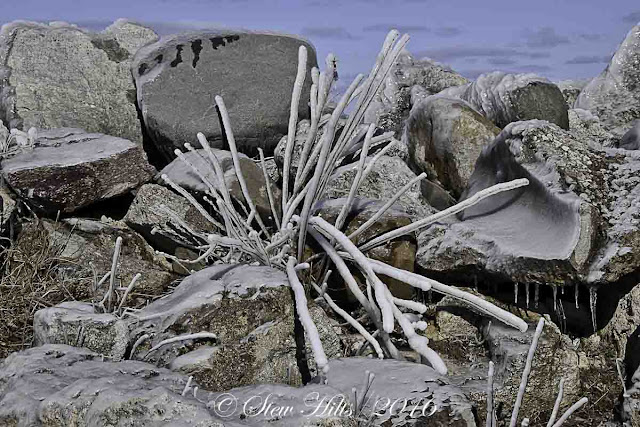 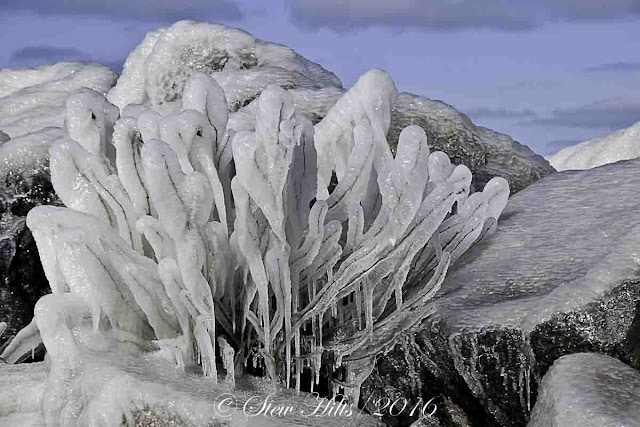 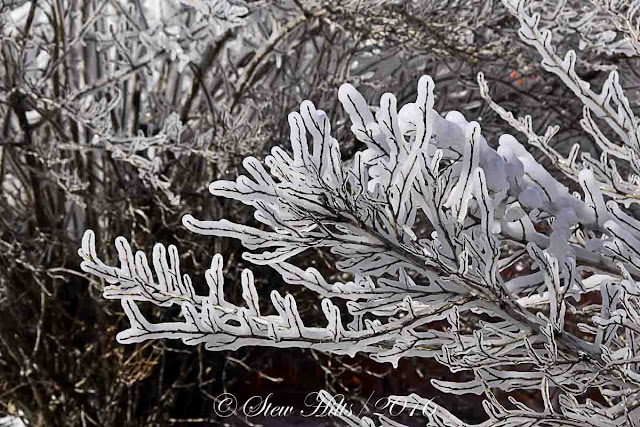 Just like a heavy ice storm, but limited to a small patch where the waves from Georgian Bay had crashed over the boulder wall. 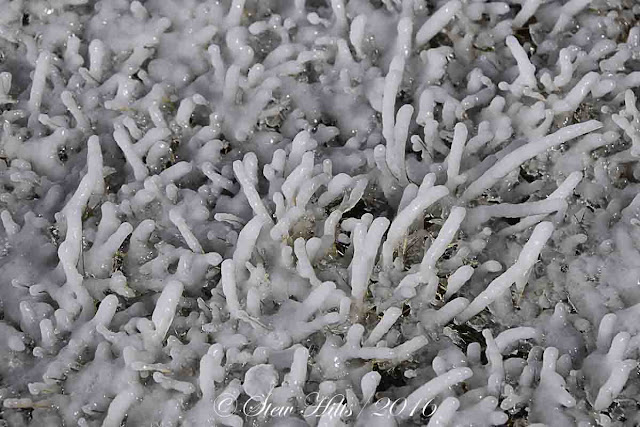 Even the small patch of grass had been iced!  An unexpected tiny patch of beauty on a cold afternoon.