There were two more ships berthed in Owen Sound harbour when I was there last week, the Algoma Olympic, another bulk carrier, and the Chi-Cheemaun, our favourite ferry. 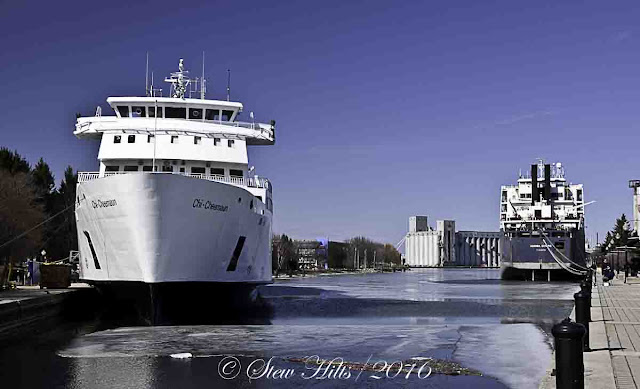 The Chi-Cheemaun can be found here every winter, with a skeleton crew living onboard keeping all the systems running and ready.  It runs between Tobermory and Manitoulin Island from about May 24 until Thanksgiving.  Unusually, the Algoma Olympic had reversed into the harbour, and was berthed ready to head out into Georgian Bay. But I first approached it from the other end, walking along the dock that`s all open to the public.  This walk seems to be a good balance of an industrial site that is safely accessible.  Closer to the downtown there are a number of historical plaques outlining the history of shipping in the harbour. 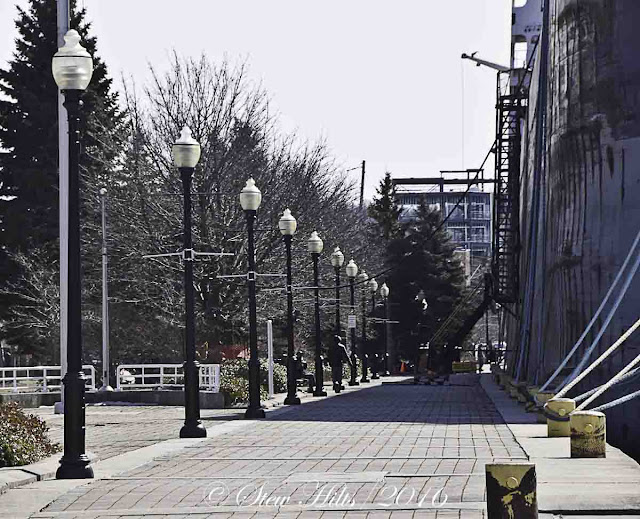 Actually I took this picture because the pattern of the street lights appealed to me, but you can also see the stairs that is lowered for staff to access the ship while it`s berthed here for a long time.  You can also see one of the large electrical cables that they run to the ship for such a stay.  Must be interesting to live onboard an inactive ship for 3 months. 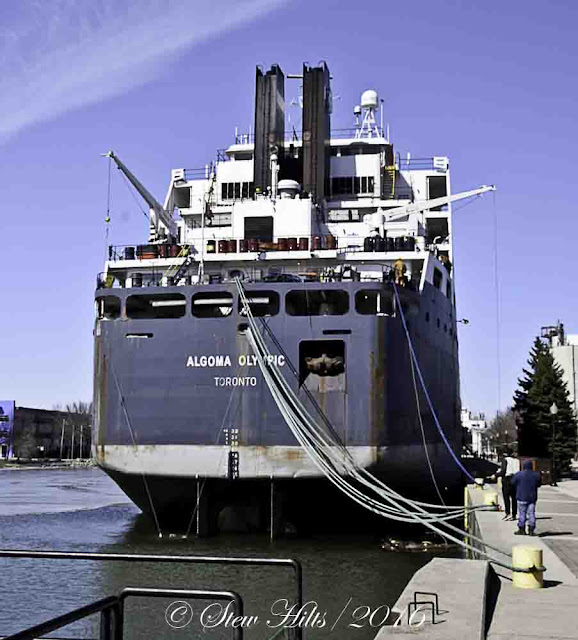 This ship has a square stern, which helps increase the hold capacity, and lots of activity onboard at the moment.  Those double dark square towers are the smokestacks.  Although I didn`t get a picture to illustrate it, this ship is another self-unloading bulk carrier like the two ships I featured yesterday.  It has carried a lot of coal, but also carries salt and grain on occasion. 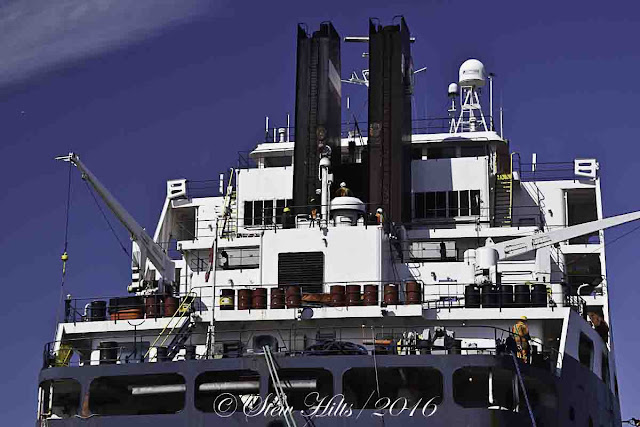 The crew was obviously busy with maintenance activities, though I have no idea exactly what they`re doing.  There are five men working on things in this photo if you can spot them.

The Chi-Cheemaun (`big canoe`) ferry is berthed on the far side of the harbour.  Since we once owned a cottage on Manitoulin Island, we have travelled on this ship at least 40 or 50 times.  We got to know it quite well.  It loads and unloads from both stern and bow, letting vehicles drive straight through.  It`s large enough to handle full size trucks and buses. 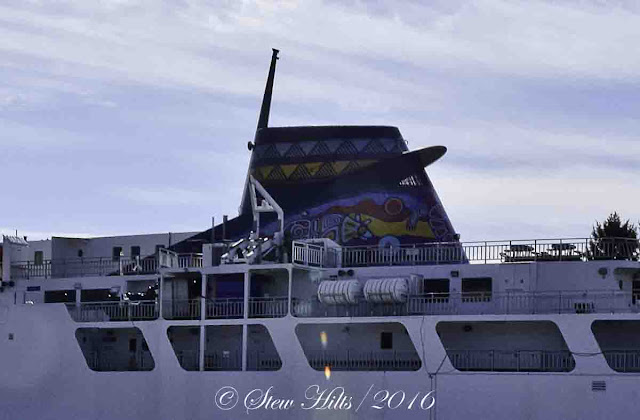 The current paint job features an interesting native design on the smokestack.  Both the Bruce Peninsula and Manitoulin Island have significant First Nation communities, with strong and creative artistic interests.  Although it`s a good size for a ferry, it is dwarfed by the nearby lakers.